ARGENTINA: No Past Without a Present 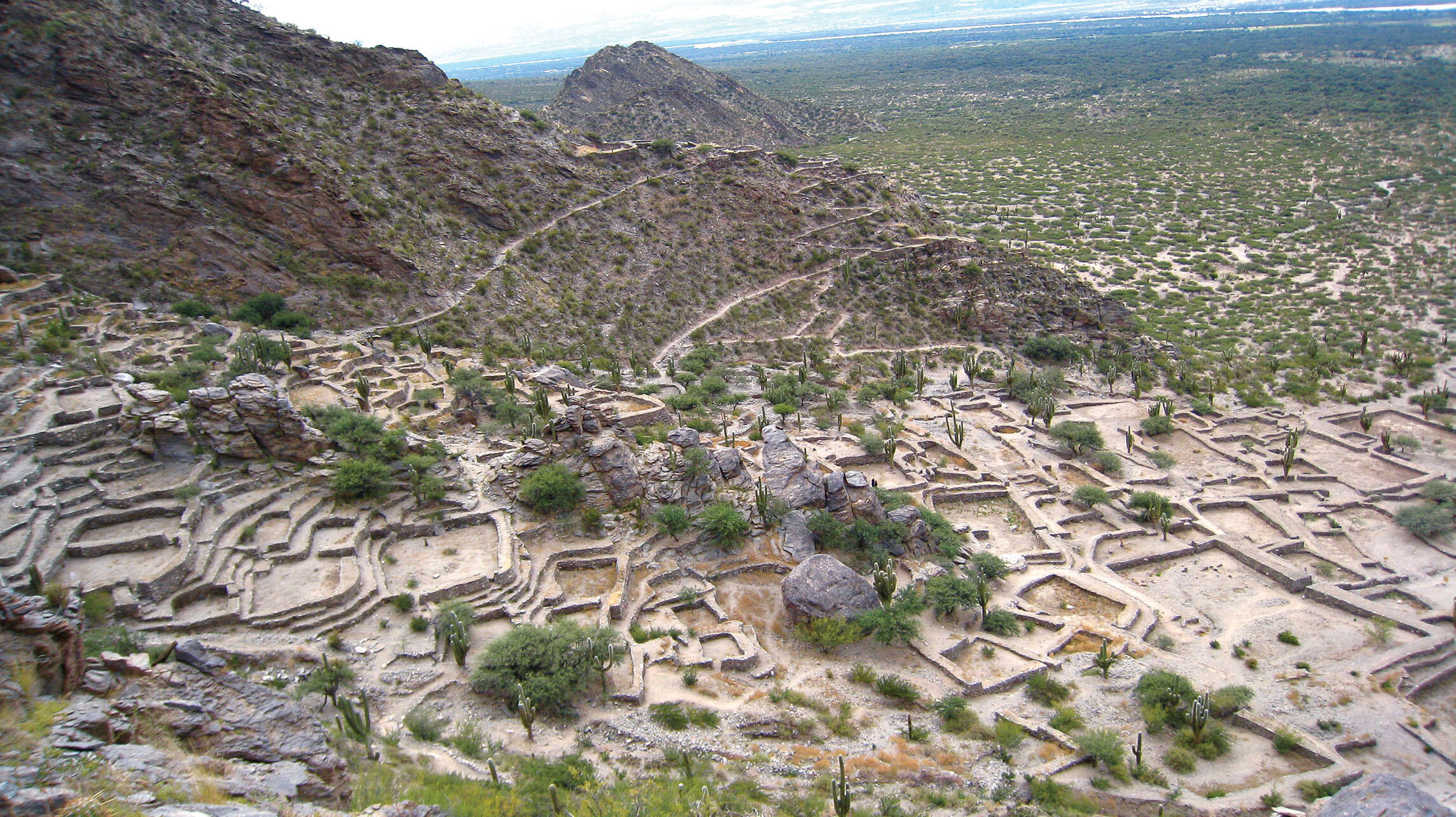 In recent years, practitioners of archaeology — the study of not only material culture, but more importantly, people in the past — have begun to accept that the discipline is based on and generally reflects the values of Western cultures. In the Americas, in particular, prior to European colonization communities were able to act as stewards over their own cultural resources and history — examining, remembering, teaching, learning, and protecting their own heritage.

Following colonization, wealthy elites began to exercise their curiosity over the materials beneath their feet in the “New World,” engaging in a practice known as antiquarianism that later evolved into what we recognize today as modern archaeology. As cultural and historical stewards, archaeologists are now attempting to de-colonize the practice by pursuing ethically and socially just ways of conducting research and encouraging collaboration with indigenous peoples and those who have traditionally been considered “others.”

But how can one implement a community-based, collaborative project between archaeologists and indigenous peoples when the very notion of an indigenous identity is so multifaceted and complex, particularly in places that experienced cultural, spiritual and physical genocide stemming from colonization?

According to Alejandra Korstanje, an archaeologist and professor at the Universidad Nacional de Tucumán, people in Argentina argue for the lack of true continuity, thus “disconnecting contemporary indigenous com-munities from the past.” Korstanje made this point in a talk entitled “There Is No Past Without Present: Hopeful Practices in Northwestern Argentina’s Communitarian Museums and Projects.”

In attempting to construct community-based approaches for collaboration between archaeologists and indigenous peoples in Argentina, Korstanje found herself struggling with multiple tensions that exist surrounding ethnic identity claims. She argues that these tensions result from Argentina’s complex history and continuing struggle with the residual effects of colonization and must be viewed within a historical context. The Spanish invasion of the Americas resulted in the extermination of indigenous peoples in northwestern Argentina who resisted conquest and domination of their territories. In one particular circumstance, at the site of Quilmes in the Calchaquí Valley, the Spanish responded by forcing the relocation of those who participated in organized resistance. As a whole, indigenous peoples in northwestern Argentina experienced the loss of their communal rights, languages, lands, and sense of self, forced to identify as criollo (Creole) or mestizo (a person of mixed race).

It wasn’t until 1994 that Argentina amended its national constitution and officially recognized the pre-existence of aboriginal peoples, allowing for the reclamation of their rights to land and culture. As a result of this reform, communities that were previously invisible or presumed extinguished re-emerged throughout the country. These efforts to reclaim an indigenous past, however, have prompted questions of “authenticity” amidst a process of what Korstanje calls “culture-making.” Some have termed this phenomenon a “re-invention of tradition,” arguing that indigenous peoples were assimilated into a homogenized peasantry or urban working class, casting shadows of doubt on the legitimacy of these claims. According to Korstanje, these types of narratives have allowed govern-ments to justify the domination and marginalization of indigenous peoples.

In her talk, Korstanje noted that her task is further complicated by the fact that she cannot escape from discriminatory discourses surrounding “whiteness.” As an academic and city dweller, she is immediately affiliated with “whiteness” and the privilege that comes with it, while those with whom she works in the field are generally characterized as indigenous or campesinos (peasants), though she notes that they prefer to be called such politically incorrect terms as indios (Indians) and originarios (original peoples).

Korstanje’s first major effort to utilize a community-based approach in archaeology began in 2002, when the Comunidad India de Quilmes (CIQ) and the Instituto de Arqueología y Museo (IAM) came together to sign a formal legal agreement to collaborate. Taking on a “dialogical approach to heritage management,” Korstanje and fellow researchers decided to forgo accepted models of best practice and build principles through open communication from the ground up. By engaging with the local community, she hoped to address issues such as uncontrolled visits and looting of local archaeological sites, depletion and illegal mining of protected natural resources, pollution by mining and other companies, lack of resources to enforce the law, and the role of identity as a source of tension. 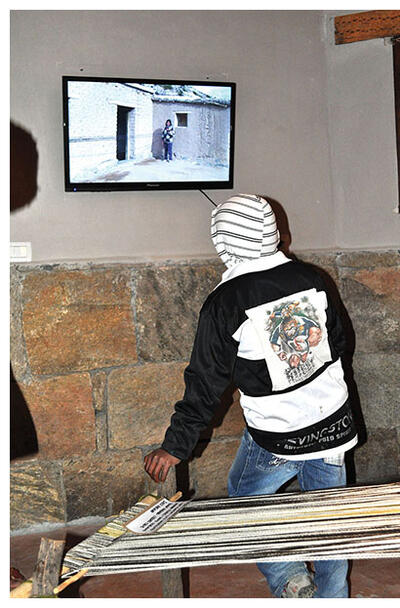 The task, however, was not easy.

Problems and tensions arose immediately. Early on, locals were leery of archaeologists “intervening” in their territories and showed reticence towards working on archaeological sites, touching archaeological remains, and providing information. Furthermore, Korstanje found this collaborative work to be more difficult when all funding options are based on academic logic. Undeterred, Korstanje continued with her approach and took the lessons she learned and applied them to her next project.

In 2007, the community of Barranca Larga decided to build a museum — the Museo Rural Communitario Barranca Larga — dedicated to their local history. Korstanje took on an advisory role and attempted to pursue a collaborative and socially responsible museum-building project that could serve as a model for putting the tenets of community-based archaeology into practice. At first, the community was under the impression that she, along with the other archaeologists, would choose what material was presented in the museum and the general aesthetic design.

This was not the case.

After the archaeologists made it clear that they were interested in how the community wanted to present their past, locals slowly began making the choices concerning the content of the museum. Their collaborative relationship blossomed. Community members made scale models of living spaces, put together central hearths of households, documented their oral history and heritage, asked for help in building a community library, and made paths in the town to show visitors different parts of the landscape. One member even wanted to grow wild plants to showcase their traditional medicinal uses.

Overall, Korstanje asserts that the pros of working closely with indigenous communities far outweigh the cons. “Heritage needs to find alternative models or ways of thinking that accept the fluidity of identity-building as an inspiration for practice rather than a source of anxiety,” she said. For Korstanje, the role of the museum is to focus on assisting local people with getting in touch with their own history, traditions, and values.

Korstanje concluded her presentation by maintaining that her story is about how practice, local societies, and landscapes impact and modify researchers. By opening herself to the information and contributions offered by local communities, Korstanje was able to help build a museum that had meaning and purpose beyond what she had imagined. Her work in Argentina serves as an excellent case study for ethically driven work in the field of archaeology.

Alejandra Korstanje is a professor at the Universidad de Tucumán in Argentina and director of the Instituto de Arqueología y Museo in the Universidad Nacional de Tucumán. CLAS, the Anthropology Department, and the Archaeological Research Facility of UC Berkeley sponsored her talk on April 20, 2015.

Katherine Chiou is a Ph.D. candidate in Anthropology at UC Berkeley. 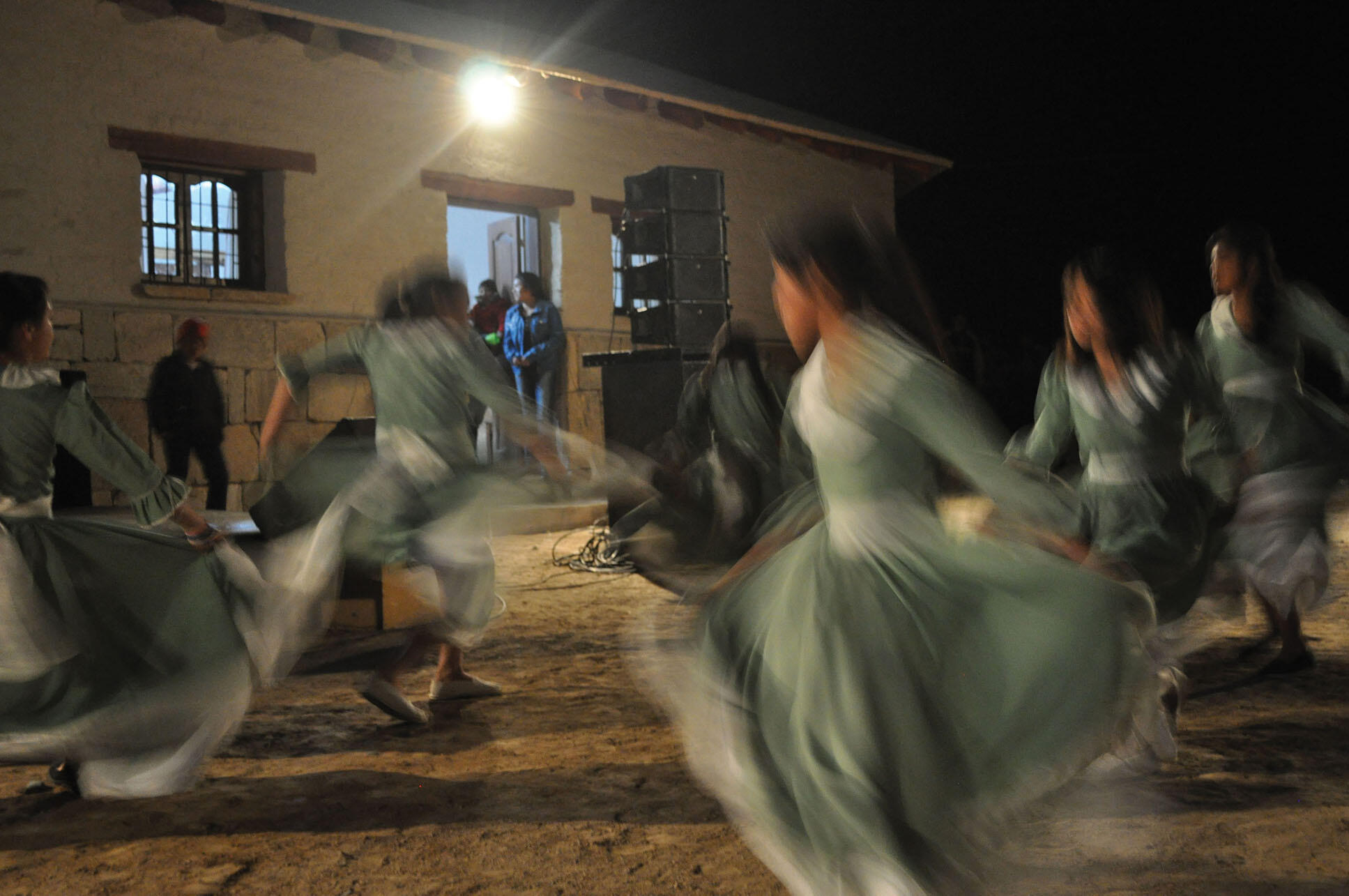