Download the PDF of this article | More on this event

On March 13, 2022, Francia Márquez — an Afro-Colombian human rights defender and environmental advocate from a rural area in the south of the country — received nearly one million votes in the primaries of Colombia’s largest leftwing coalition, Pacto Histórico (Historic Pact). Although the votes were not enough to win her the presidential nomination, this astounding number of votes — more than any of the four male centrist candidates — paved the road for her appointment as vice president on a ticket with Gustavo Petro. A former senator and an ex-militant of the former M-19 guerrilla group, Petro is famous for the debates he organized in Colombia’s Congress against paramilitary groups and corruption networks. He is perhaps one of the most important figures in Colombian leftist politics and known for his overt support of social justice policies and economic redistribution.

If the polls are correct, in May (or June) 2022, Petro and Márquez will win the presidential election and become the first leftist leaders elected in the country’s history. Furthermore, Francia will become the first Black woman to secure a position as head of state in Colombia. So how does Francia’s trailblazing candidacy reconfigure Colombia’s political context, defined as it is by violence, exclusion, and failed attempts to build peace? 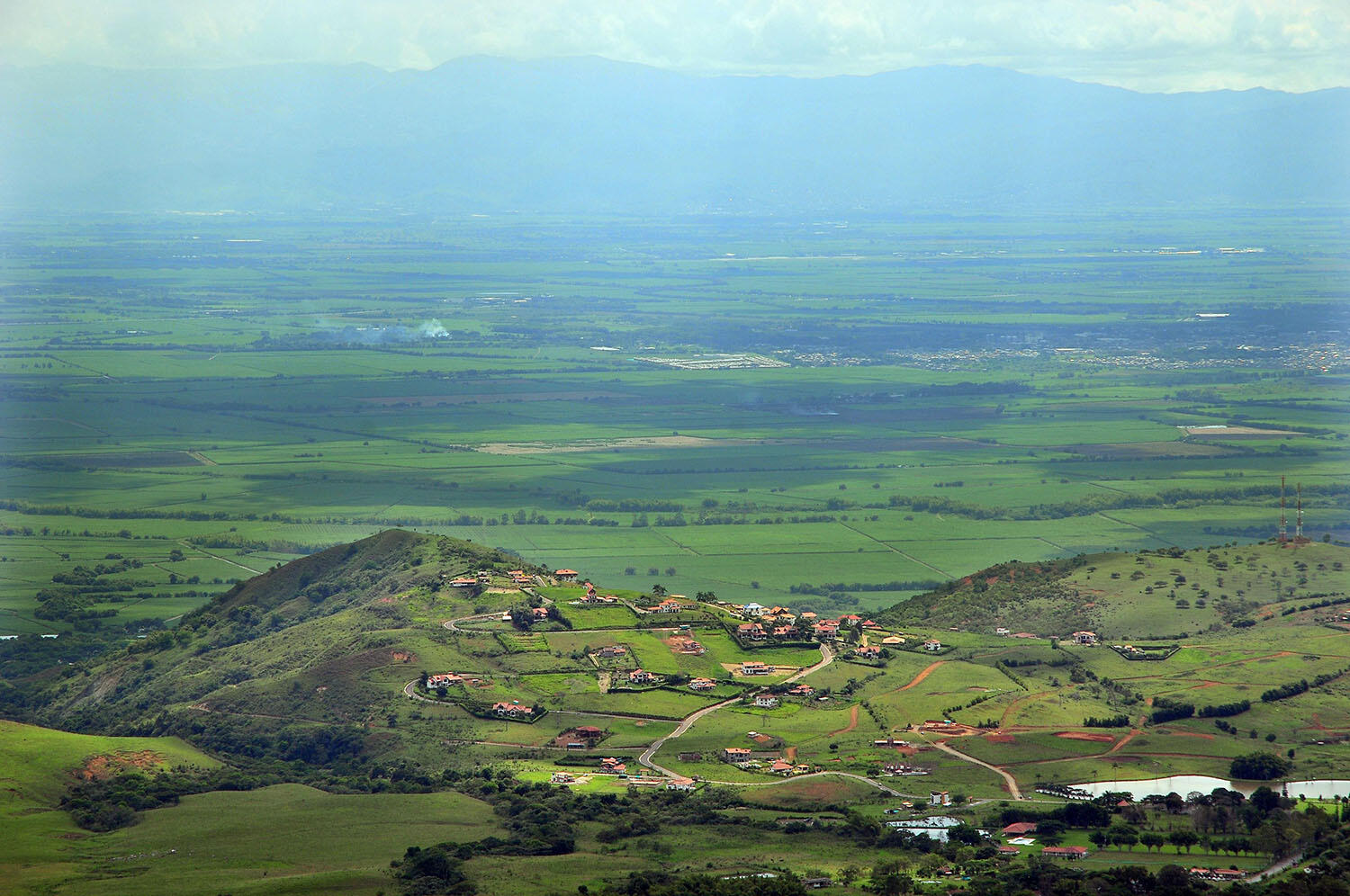 As one of the first Black women with a real chance of winning a major election in Colombia, Márquez simultaneously faces the country’s long history of anti-Black racism and the enduring exclusion of women from the political realm. For this and other reasons, her life and political stances have come under unprecedented scrutiny. In April 2022, a former attorney general scornfully told a national newspaper that Márquez was merely mirroring the anti-racist and gender-based perspectives of intellectual elites from the United States (Morales Hoyos, 2022). Although the candidate is clearly in ongoing dialogue with a variety of anti-racist and feminist ideas from across the continent and around the world, Márquez’s personal history does not offer a conventional example of identity politics. 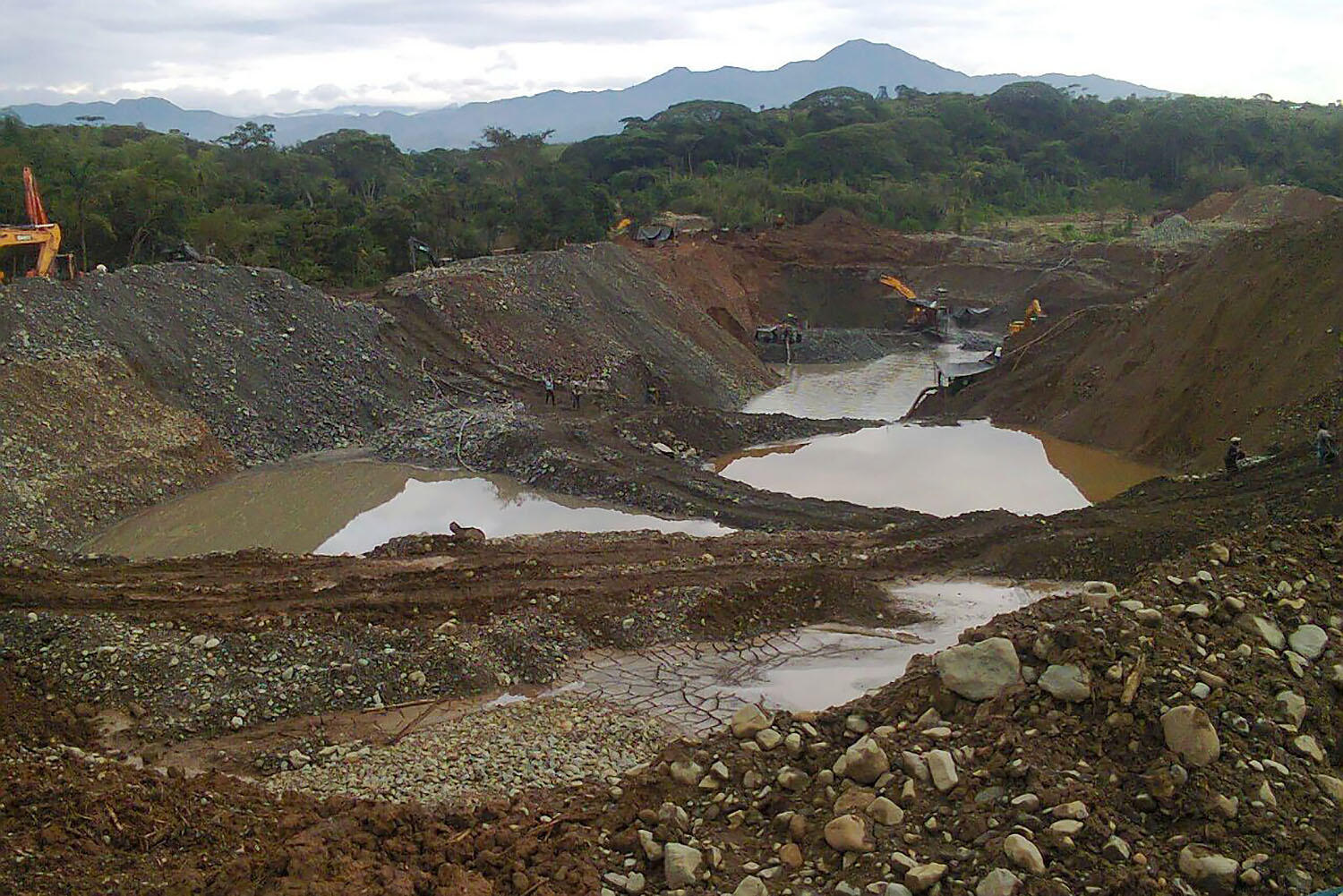 Francia Márquez is not a middle-class woman educated among intellectual elites. She was born in Suárez, Cauca, a little town located in Colombia’s Cordillera Occidental, a region that has long endured extractive activities, resulting in deforestation and polluted water. As a young leader in northern Cauca, she began her political career defending the Cauca river and forests in the rural county of La Toma against large-scale gold mining companies operating in the region.
This activism was the beginning of a political stance Márquez maintains to this day, focused on denouncing violations of land and water rights in Cauca, an area that is home to several Indigenous and Black communities. She linked this campaign with the defense of Black agriculture and traditional (small-scale) Afro-Colombian gold mining. As part of these activities, she has also been a vocal critic of mechanized mining’s use of toxic chemicals, such as mercury and cyanide. In 2014, alongside 70 Black women from Cauca, Márquez marched to Bogotá to protest increasing violence against Black communities and to demand the protection of their territorial rights and their right to remain in the region. The “Marcha de los turbantes” (March of the Turbans) — a non-violent action by Black women in defense of life and their ancestral territories — consolidated Márquez as an important regional leader. Using a mix of innovative political strategies and legal actions against large mining companies, Márquez has been at the frontline in the defense of Black, Indigenous, and peasant communities’ right to self-determination.

For all these reasons, it would be a mistake to frame Márquez’s leadership as an imitation of foreign anti-racist politics. Informed by her life experiences in a rural context marked by economic inequality and dispossession, Márquez easily brings to the table what other politicians barely attempt to mention: a concrete articulation of class and Black feminist politics. Above all, Márquez is a defender of territorial and water rights, one of the hundreds of such activists who are threatened and murdered in Colombia every week. Therein lies the wonder and strength of her candidacy: she represents those who continue to expand the political sphere despite the constant threat of violent extermination. 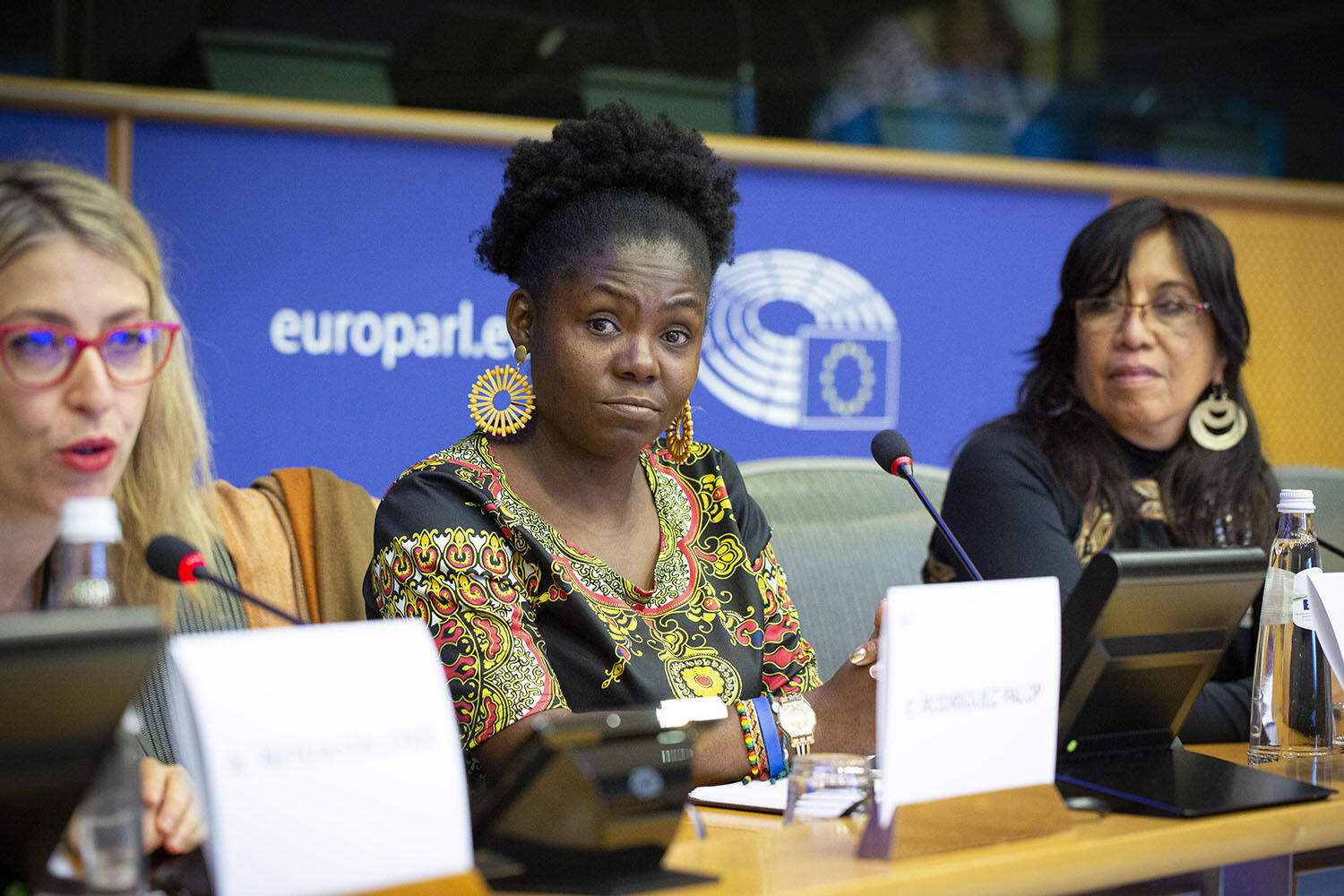 Once Márquez became a central player in the presidential election, she faced attacks from various urban professionals, policymakers, and status-quo politicians. Wielding arguments tinged with ableist and racist overtones, her detractors have suggested she will not succeed as vice president. We maintain that this assertion comes from a narrow conceptualization of politics as simply the deployment of technocratic policies and practices. In this perspective, technical knowledge is overvalued, while ordinary people’s experiences and expertise are disregarded. This limited understanding of the political sphere is what Márquez’s candidacy questions. The fact that Márquez’s proposals seem invisible or illegible to those who oppose her reveals the inability of these technocrats to understand the serious concerns her candidacy brings to the fore.

Most of Márquez’s political proposals come from decades of collective work among the country’s marginalized communities. Her program addresses concerns that rural and impoverished Colombians have voiced for decades, which is why she calls these demands “popular mandates.” For instance, her proposal “Sembrando y cultivando economías para la vida” (Sowing and Harvesting Economies for Life) underscores the role of human labor and collaborative practices in achieving food sovereignty and non-exploitative employment. At the core of her program is a critique of the neoliberal policies that have been adopted indiscriminately by previous governments, making Colombia’s land, labor, education, and health disparities even more severe.

Petro and Márquez have overtly expressed their support for land redistribution policies, especially those resulting from the peace deal negotiated in Havana, Cuba, yet neglected by Iván Duque’s government. They have also talked about promoting economic alternatives to monocrop plantations, large-scale mining, and the expansive cattle industry, all identified by various studies as important drivers of inequality, violence, and forced displacement. Márquez herself experienced violent migration as a result of political violence in Cauca. She understands how internal refugees are marginalized in large cities.

In general, her political program supports the full implementation of the 2016 peace agreement, including a redesign of anti-drug policies relying on criminalization in favor of a public health approach centered on regulation and the local communities in regions where coca is cultivated. Her commitment to peace also includes passing legislation to reform Colombian security forces, which have been linked to alarming cases of human rights violations in the past two years.

Another fundamental point of her program is the fight against anti-Black, anti-Indigenous racism and sexism. In a country where almost 25 percent of the total population is of African descent, her ideas about reparations and the protection of Indigenous and Black peoples’ collective rights have been welcomed by these communities that have suffered the most from the internal armed conflict. Racial discrimination is a fundamental aspect of the organization of society in Colombia, but some sectors continue to deny its existence. The hateful attacks against Márquez prove the opposite: anti-Black discrimination is alive and well in this country.

Márquez articulates her racial politics with a gender-based approach beyond conventional liberal tropes. She constantly talks about the violence and exploitation against impoverished women in their homes, at work, in rural areas, and on the public streets. She has called herself a “grassroots feminist,” highlighting her interest in learning about and contributing to collective forms of feminist and LGBTIQ+ action.

Suppose Márquez, alongside Petro, wins the election. In that case, she will become the first Black woman to serve as vice president in Spanish-speaking South America. Two other Black women have been elected to the office elsewhere in Latin America: the late Viola Burnham was Vice President of Guyana from 1985 to 1991, and the current First Vice President of Costa Rica, Epsy Campbell Barr, has served her country in that office since 2018. Márquez will also be the first land and water rights activist to be appointed to one of the highest elected offices in Colombia.

But Márquez’s achievement would have consequences for the entire continent, not only for Colombia. Having heads of the state who understand the climate crisis could help consolidate political consensus around the urgency of moving forward with climate change adaptation and the transition from fossil fuels to renewable energy. It could also mean that the protection of environmental defenders’ lives becomes a governmental priority.

Yet, this optimism has limits. Creating a better political atmosphere for specific changes does not necessarily guarantee that these initiatives will happen. Petro and Márquez will have to put together a team that articulates social leaders, left-wing politicians, and experienced policymakers and administrators. It isn’t easy to anticipate how much of these proposals could be realized by a Pacto Histórico government. Despite having the largest caucus in Congress, Pacto Histórico does not have a majority. Although recent polls show Petro and Márquez are leading the race, a revamped right-wing coalition could hamper Pacto Histórico supporters’ desire for a center–left partnership in government. Likewise, the continued death threats against Petro and Márquez are extremely concerning.

The weeks leading up to the elections, which are scheduled for May 29, will be decisive. As part of the campaign, Márquez has visited various regions of the country, especially small cities that presidential candidates often overlook. She has met with many of the groups and organizations that took the streets in April 2021 to protest President Duque’s tax reform and austerity policies. Part of Petro and Márquez’ success lies in their attentiveness to the dynamics and demands that emerged from this Paro Nacional, the largest demonstrations in Colombia’s history. Unlike the centrist and right-wing candidates’ dismissiveness and stigmatization of protestors, Márquez agreed to talks with farmers, women’s organizations, and informal workers.

While she might not trumpet dazzling and difficult-to-achieve technical proposals, Márquez nurtures hopes for a national political dialogue that supports peace-building initiatives. In this way, she takes advantage of the current government’s biggest political mistake: undermining implementation of the peace agreement. Márquez expresses her commitment to peace by talking about the correct development of policies derived from the peace deal but also by putting forward her own conceptualization of what it means to live without political violence.

One way to understand Márquez’s contributions to Colombia’s political context is by looking at the idea of la vida digna a vivir sabroso (a dignified and satisfying life), which she constantly employs in her public speeches. The concept denotes an everyday sense of fulfillment, relief, and ease with oneself and the conditions under which one lives. She uses the term to pull together the various demands she has supported with her allies in generative and integrative ways. The notion of a dignified and satisfying life is significant because it addresses the protection of human life from violence in a context where physical attacks and murders are commonplace. However, it does not reduce life to merely a physical phenomenon. For Márquez, human lives are full of potential in their connections with other humans and non-humans.

As a leader in the struggle against extractivismo, large-scale extraction activities that generate negative long-term impacts, Márquez understands that human lives are part of a more extensive living network that includes rivers, plants, animals, rocks, forests, and mountains. The most crucial point of her campaign is her commitment to advancing forms of climate justice rooted in feminist and anti-racist practices. Márquez’s extensive grassroots political experience redefines Colombian politics by fostering novel conversations about the urban and rural divide, working-class women’s living conditions, racialized people’s rights, and long-lasting peace.

Ángela Castillo-Ardila is a Ph.D. candidate in Anthropology at UC Berkeley researching the defense of land, water, and life in Colombia; grassroots feminism; and the unmaking of mining frontiers in Latin America. 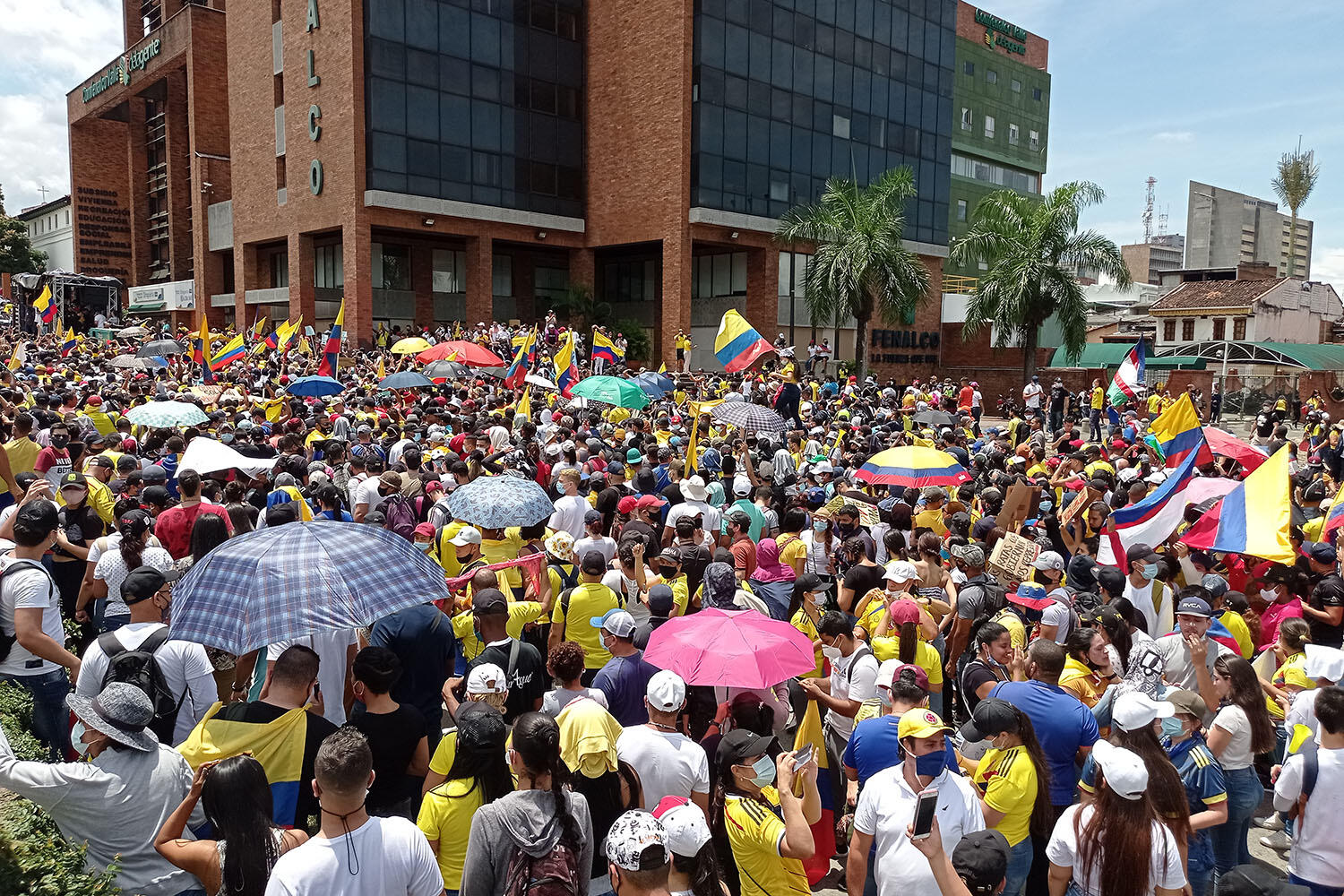