CHILE: A Taxing Process of Reform 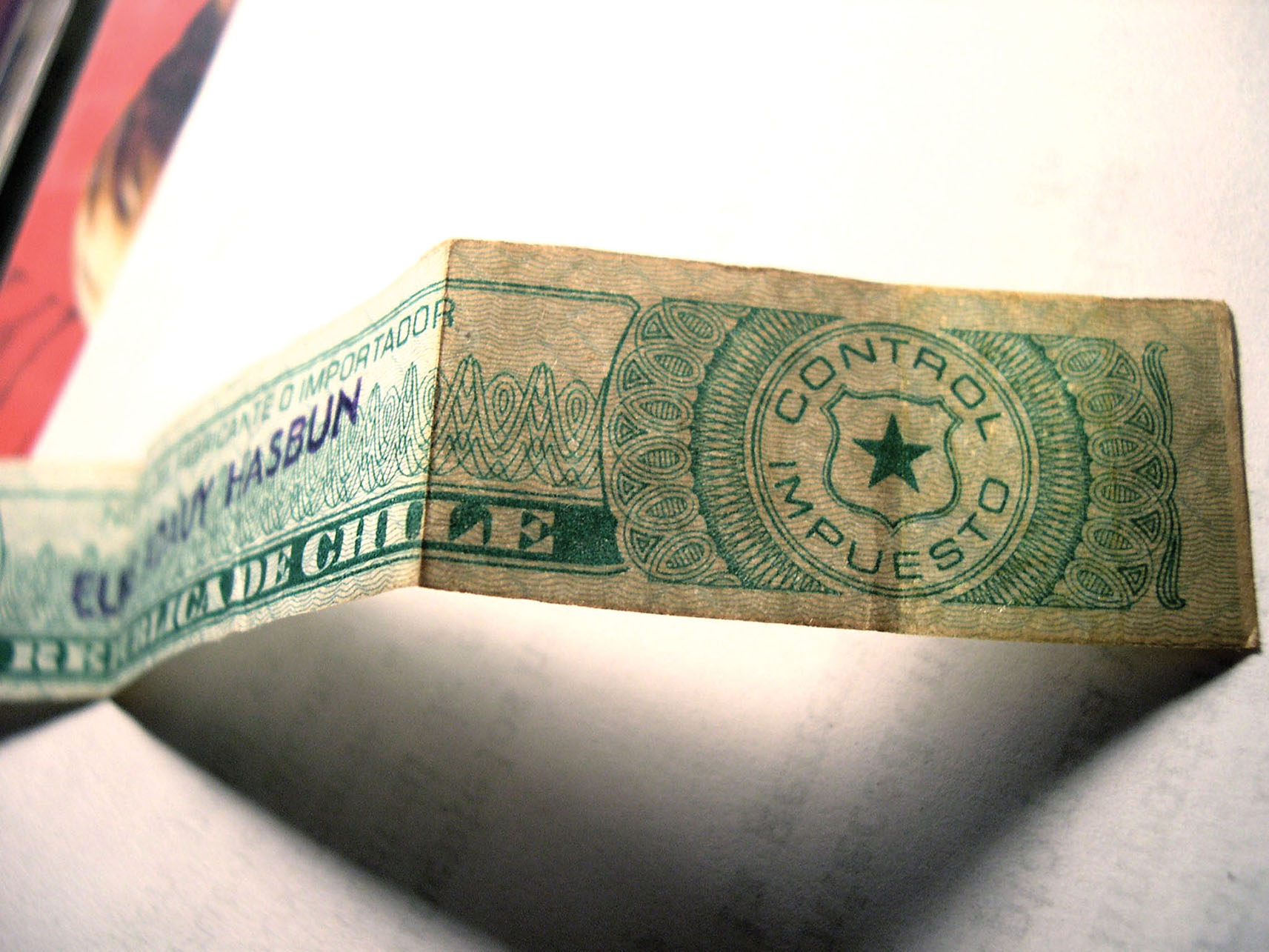 Chile may be “the Latin American Tiger,” but despite a recent history of economic success, it is a country dogged by persistent inequality. The nation’s Gini coefficient, a common measure of inequality, has remained essentially unchanged for the last 25 years. It has hovered consistently around 0.52, just shy of the average for Latin America, the most unequal region in the world according to the UN Development Program.

Tax policy and government programs do little to change Chile’s income distribution. While the income tax is progressive in principle, in practice it is eroded by exemptions and preferential treatment. In her talk for the Center for Latin American Studies, Tasha Fairfield, a professor of International Development at the London School of Economics, provided a comprehensive look at Chile’s tax policy and the politics surrounding tax reform.

With her collaborator, Michel Jorratt, Professor Fairfield has written a working paper, “Top Income Shares, Business Profits, and Effective Tax Rates in Contemporary Chile,” which provides the most accurate quantification of Chilean income inequality and effective tax rates to date. To complete their analysis, the researchers were given access to individual tax return records for the years 2005 and 2009 from the Servicio de Impuestos Internos (SII), the Chilean Internal Revenue Service.

Despite the quality of the data, calculating inequality with tax returns is not an easy task. In order to get a complete picture of all income sources, researchers need to use statistical techniques to quantify underreported and untaxed income. This adjustment is particularly relevant in Chile, where business owners pay personal income taxes only on distributed profits. Since the top personal income tax rate is double the corporate tax rate, there are strong incentives to defer the distribution of profits and to incorporate earnings.

In their study, Fairfield and Jorratt took three passes at the data. On the first pass, they considered only distributed profits and did not adjust for underreporting. Even using this conservative strategy, the researchers’ findings were stark: the top 1 percent of Chileans earned roughly 15 percent of all income — the fifth highest share among countries for which there is comparable evidence. On the second pass, the researchers added an adjustment for underreporting. Using this measure, they found that the top 1 percent actually captures more than 20 percent of the country’s income. On the third pass, they adjusted for underreporting and also substituted accrued profits for distributed profits. Although these figures are harder to compare with other countries, the results strongly suggest that Chile is among the most unequal countries in the world, regardless of how the ranking is determined. Meanwhile, effective tax rates at the top of the income distribution are very low compared to other countries in the Organization for Economic Cooperation and Development (OECD). 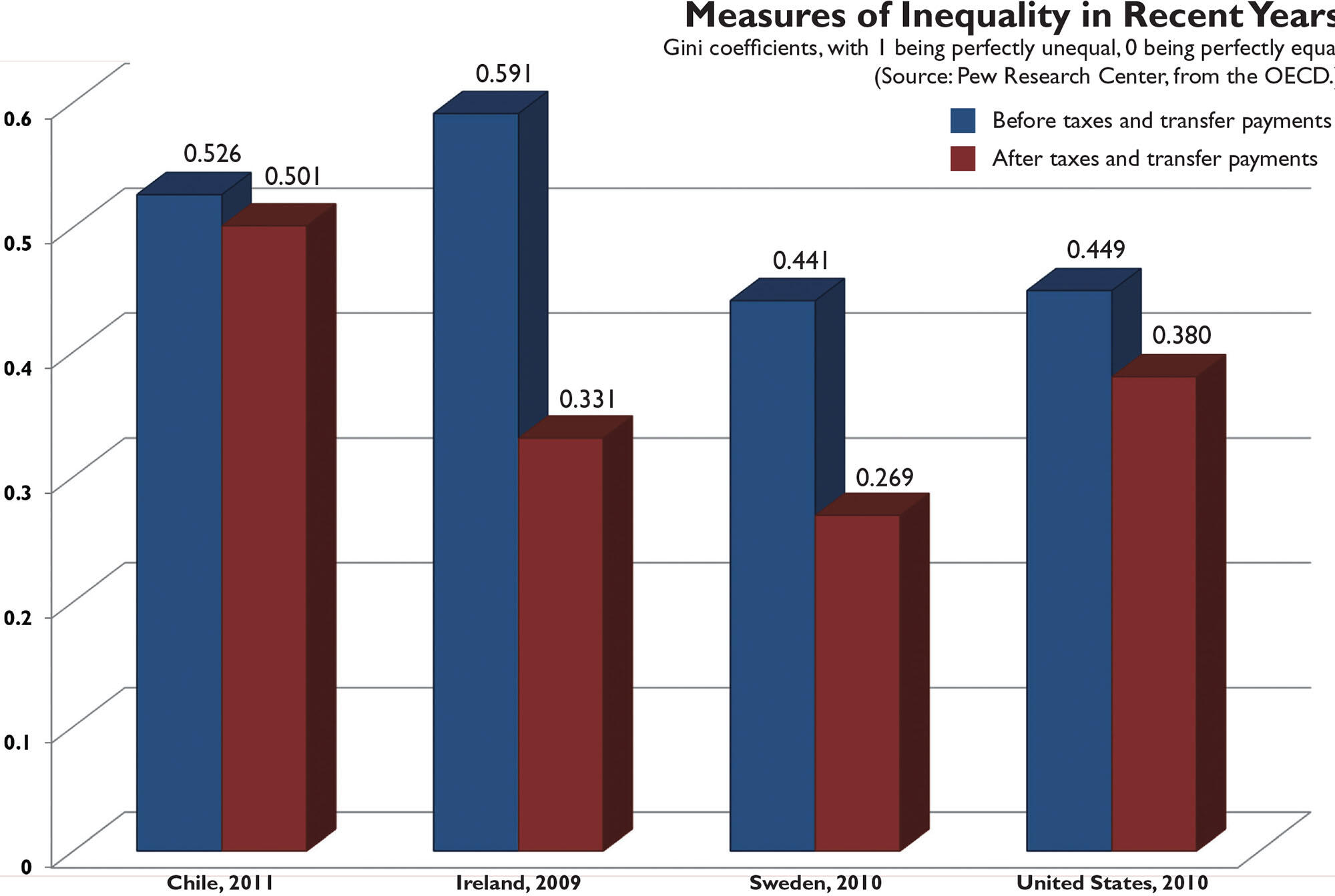 Fairfield and Jorratt’s study breaks new ground by providing accurate measures of top income shares and effective tax rates, but the broader diagnosis of an unequal country with an ill-functioning tax system comes as no surprise. What does seem surprising is the lack of significant tax reforms in the 20 years of center-left governments led by the Concertación coalition that came to power with Chile’s return to democracy in 1990.

Professor Fairfield argued that the Concertación faced a strong and coordinated opposition that did not allow any substantial reform to the tax code. Business owners had strong linkages with rightwing parties and remained highly cohesive around a neoliberal, free-market ideology. Indeed, Nicolás Eyzaguirre, the minister of finance under President Ricardo Lagos (2000-06), called tax reform a “political problem.”

However, the present stands in sharp contrast with the inaction of the past decades. Soon after starting her second term as president, Michelle Bachelet sent an aggressive tax reform plan to the legislature that would close most of the loopholes used by business owners to decrease their tax burden and strengthen the power of the SII.

The reasons for the change, Fairfield argued, are to be found in the student protests that began in 2011. The student movement was powerful enough to put two of the largest structural reforms in recent Chilean history at the top of the new government’s agenda: an education reform that aims to provide universal free education and a tax reform that is expected to raise about 3 percent of gross domestic product (GDP) to finance it. While the student protests provided the impetus for these reforms, Fairfield noted that the fragility of the right after the 2013 election made them politically viable.

The lower house of Congress approved the tax reform quickly, but it stalled in the Senate, due in part to a tough media campaign waged by business owners (who happen to own most of the media). The complexity of the reform also weighed it down, Fairfield noted, by creating uncertainty about its hard-to-understand consequences. Moreover, renowned figures in the government coalition, including former ministers of finance Andrés Velasco and Eduardo Aninat, came out against the reform, arguing that it would be detrimental to growth.

Fears about growth were heighted by early-September forecasts that revised down expected GDP growth for 2014 to below 3 percent, leading the minister of finance to declare the economic slowdown to be “deeper and longer” than expected. In the end, however, the Senate passed a compromise reform bill on September 10, 2014.

The tax reform approved by the Senate is a complicated system in which business owners voluntarily choose one of two regimes for corporate tax purposes. The first regime maintains full integration, meaning that it functions like the current system in that all corporate taxes are used as credits against the owner’s personal income tax. However, under the new regime, the corporate tax will be increased from 20 to 25 percent, and shareholders will be taxed on both distributed and non-distributed profits.

With the second regime, shareholders continue to be taxed only on distributed profits, but the corporate tax rate is set at 27 percent. This regime is semi-integrated, so shareholders can use only a fraction of corporate tax payments as a credit for their personal income taxes. The semi-integrated regime was introduced in order to allay fears that the first regime could have a negative impact on investment. The compromise comes at a cost in effectiveness, however, since the semi-integrated regime does not fully close the loophole that historically has allowed the owners of corporations to avoid or evade taxes by perpetually deferring the distribution of profits. To prevent such practices, some safeguards were put in place, including general provisions against avoidance, an increase in the regulatory power of the SII, and restrictions on some special regimes for small and medium enterprises that have been used to avoid taxes under the current system.

In spite of its differences from the original project, Fairfield still considers the recently approved reform to be a “dramatic break” in Chilean tax policy. However, she warns that having two parallel corporate income tax regimes might create new administrative challenges, potentially opening new loopholes for tax avoidance and evasion.

Tasha Fairfield is an assistant professor in the Department of International Development at the London School of Economics and Political Science and a UC Berkeley alumna. Her book, Private Wealth and Public Revenue in Latin America: Business Power and Tax Politics, is forthcoming from Cambridge University Press. She spoke for CLAS on September 16, 2014.

Juan Pablo Atal is a graduate student in UC Berkeley’s Department of Economics. 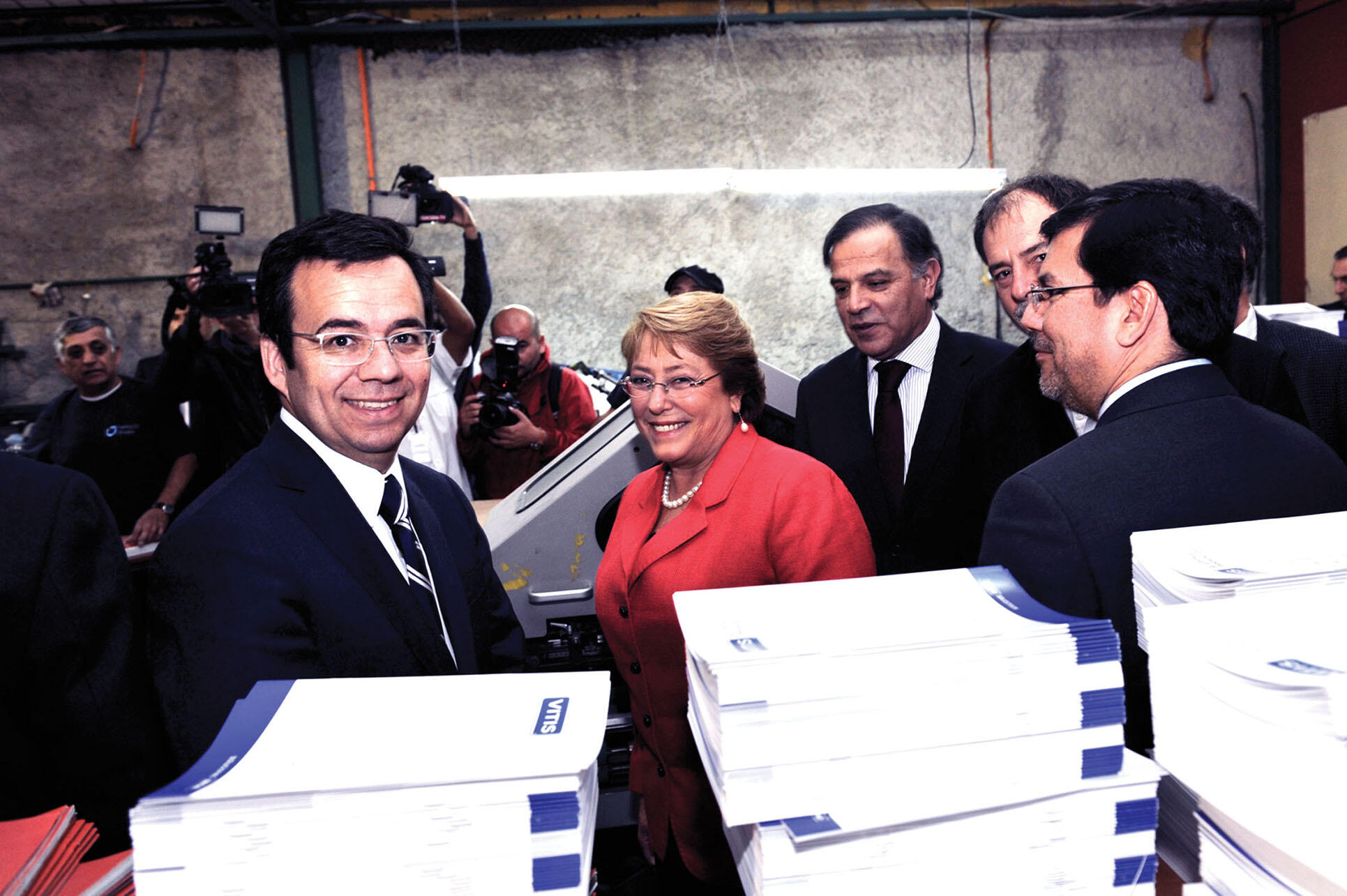