CLIMATE: Is Our Carbon Sink Sunk? 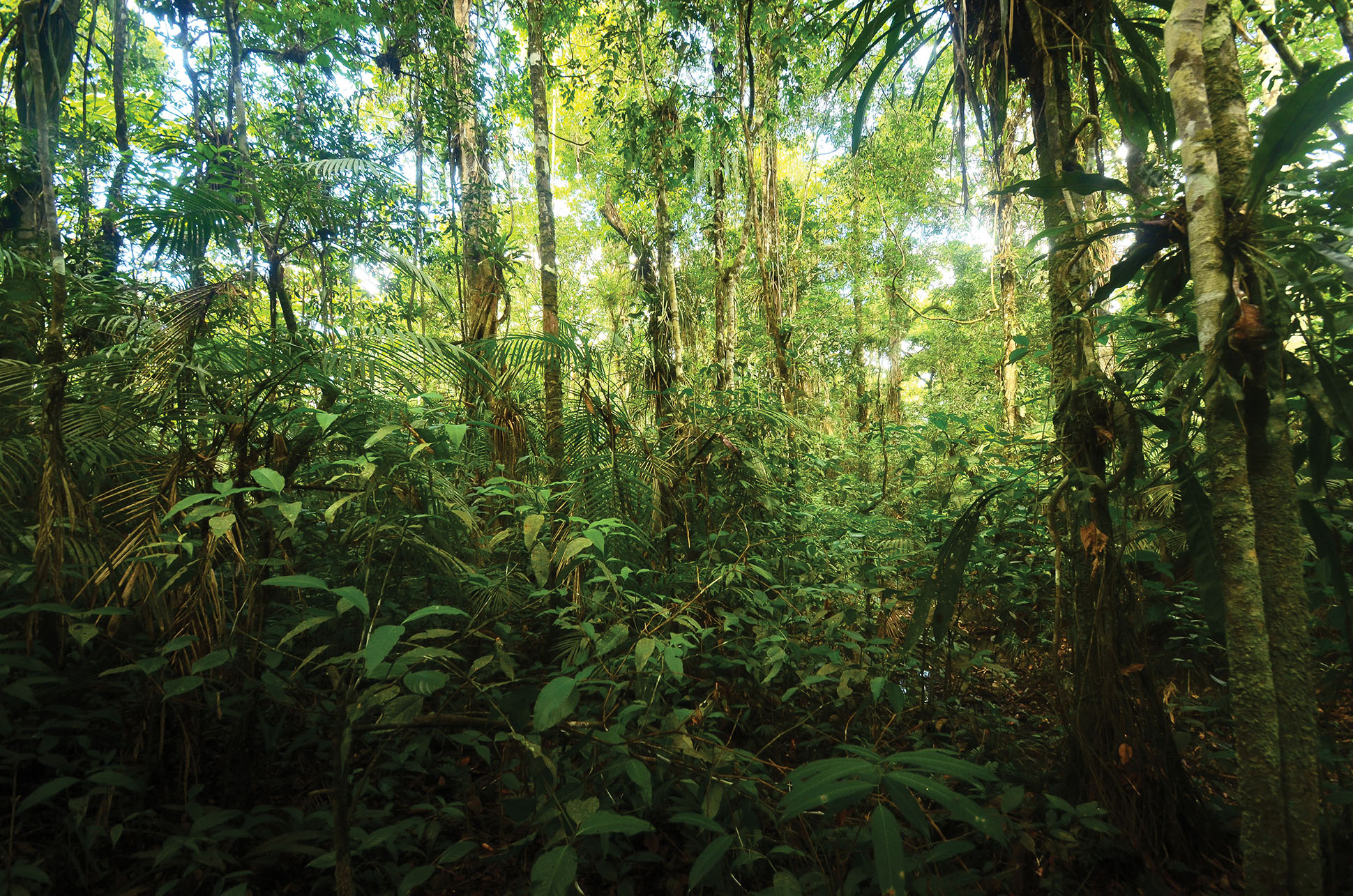 Hurricane Katrina, which hit New Orleans in 2005, was one of the deadliest hurricanes in American history, but not just in terms of human life: along with killing 1,833 people, it destroyed more than 300 million trees. This data is available thanks to innovative work done by Jeffrey Chambers, a forest ecologist who was a relatively new professor at Tulane University in New Orleans when the storm hit.

At that time, Chambers’ research was focused primarily on the Brazilian Amazon, where he and his colleagues were building a toolkit for measuring tree mortality using satellite remote sensing images and field data. One such tool, known as Spectral Mixture Analysis, proved particularly useful in calculating the damage to forests in post-Katrina Louisiana. In Spectral Mixture Analysis, a color is assigned to specific forest attributes. On Chambers’ maps, healthy vegetation is shown in green, dead vegetation and asphalt are red, and everything else is blue or removed from the analysis. Researchers can randomly select pixels on the map, and then go to those sites to count the living and dead trees. They can then extrapolate from these findings to estimate how many living and dead trees are in other similarly colored pixels on the map.

Fortunately, Chambers had begun collecting data on Louisiana’s forests in 2003, so he had the before and after data to create a “mortality map” of the area that he could use not only to calculate how many trees were downed by Katrina but also to show which types of trees suffered the most damage.

Why does tree mortality matter? Trees make up an important part of what is known as the terrestrial sink. They absorb roughly a quarter of the carbon dioxide released by human activities, such as burning fossil fuels. When they die, the carbon they stored is released to the atmosphere. Chambers is concerned that a warming climate will lead to more tree deaths, which will cause more carbon dioxide to be released, which will in turn worsen climate change in a vicious circle known as a positive feedback loop.

In his research, Chambers is trying to determine how reliable the terrestrial sink created by trees will be in the future. If too many trees die, less carbon will be absorbed, and climate change will accelerate. “It’s already going pretty fast, but it will go even faster,” he said during his talk for the Center for Latin American Studies.

Climate change is already creating new ecosystems — especially in the tropics, currently the earth’s warmest region — causing the emergence of hypertropical climates. “Sometime this century, we’re going to push the tropics outside of temperatures they’ve experienced for probably millions of years,” Chambers said.

These new, hotter and stormier climates developing in the tropics and subtropics will likely result in elevated mortality for some tree species.
Indeed, 2005 was a strange weather year in Brazil as well as New Orleans. That January, a powerful downburst, a storm in which the wind blows down vertically, hit the Manaus region. Chambers conducted the same type of Spectral Mixture Analysis there and found that in the most heavily impacted sites, 80 percent of the trees were killed by the storm.

Big storms are not the only threat to forests. More droughts and fires are also expected with climate change. In fact, rare mega-droughts in both 2005 and 2010 caused further large tree losses in the Amazon.

Global warming may also increase the population of pests and pathogens. For instance, the mountain pine beetle (Dendroctonus ponderosae) — native to western North America — loves warm weather. Recent outbreaks have occurred on an unprecedented scale, hitting drought-stressed trees and leading to the deaths of millions of acres of pines across the western United States and Canada. All these events are connected and likely have a common source: climate change, said Chambers.

Given all the worrisome evidence, Chambers wondered aloud why there is still so little social mobilization around climate change, compared to, for example, the Free Speech Movement in the 1960s. It was this observation that sparked a debate between Chambers and some members of the audience who were more optimistic. One noted that the march during Climate Week brought together about 310,000 people in Manhattan to demand action on climate change. “That was good to hear,” said Chambers in an interview after the event. 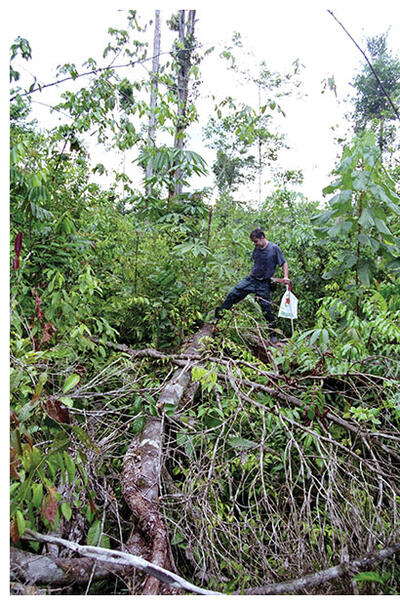 Meanwhile, another member of the audience commented that scientists studying the issue should also take action, instead of waiting for the general population to mobilize. Chambers disagreed, saying: “I ultimately think the role of the scientist is to basically understand the system better, so then we can provide better information about what to expect.” In a conversation after the event he added: “Sometimes it is really important to have a very clear message about what is factually correct, and then scientists can also help to frame it in terms of what’s right.”

A member of the audience suggested that one reason for the lack of public response might be that scientists keep talking about two degrees Celsius of warming, which does not seem to strike many people as significant. Chambers defended the strategy. “We need to prevent the climate system from achieving this two degrees Celsius change,” he explained later, adding that this “might be a simple message, but it strikes a lot of complexity. Maybe we need to focus more on the signs that need action now.”

During the presentation, Chambers showed the most recent climate projections published by the International Panel on Climate Change (IPCC), which includes three possible scenarios, ranging from worst- to best-case. “I want to be an optimist, but if you look at what’s actually happening, it is definitely following this pessimistic trajectory,” he said. He immediately added that, in his opinion, after events like Hurricane Katrina, people have proved willing to work together to solve problems on a local scale. “As we see more and more events that we can clearly link to climate change, and those events are affecting people’s lives, that’s probably what it’s going to take” to initiate action.

“We are going to start seeing more and more of these extreme events,” Chambers said, “and then part of what we need to do is make sure that the public is aware that those events are climate change. We’ve talked about it; we’ve theorized; we’ve built models, but now we’re actually experiencing it.”

Jeffrey Q. Chambers is a faculty scientist in the Climate Sciences Department at Lawrence Berkeley National Lab and an associate professor of Geography at UC Berkeley. He spoke for CLAS on October 6, 2014.

Noelia González is a student at UC Berkeley’s Graduate School of Journalism.