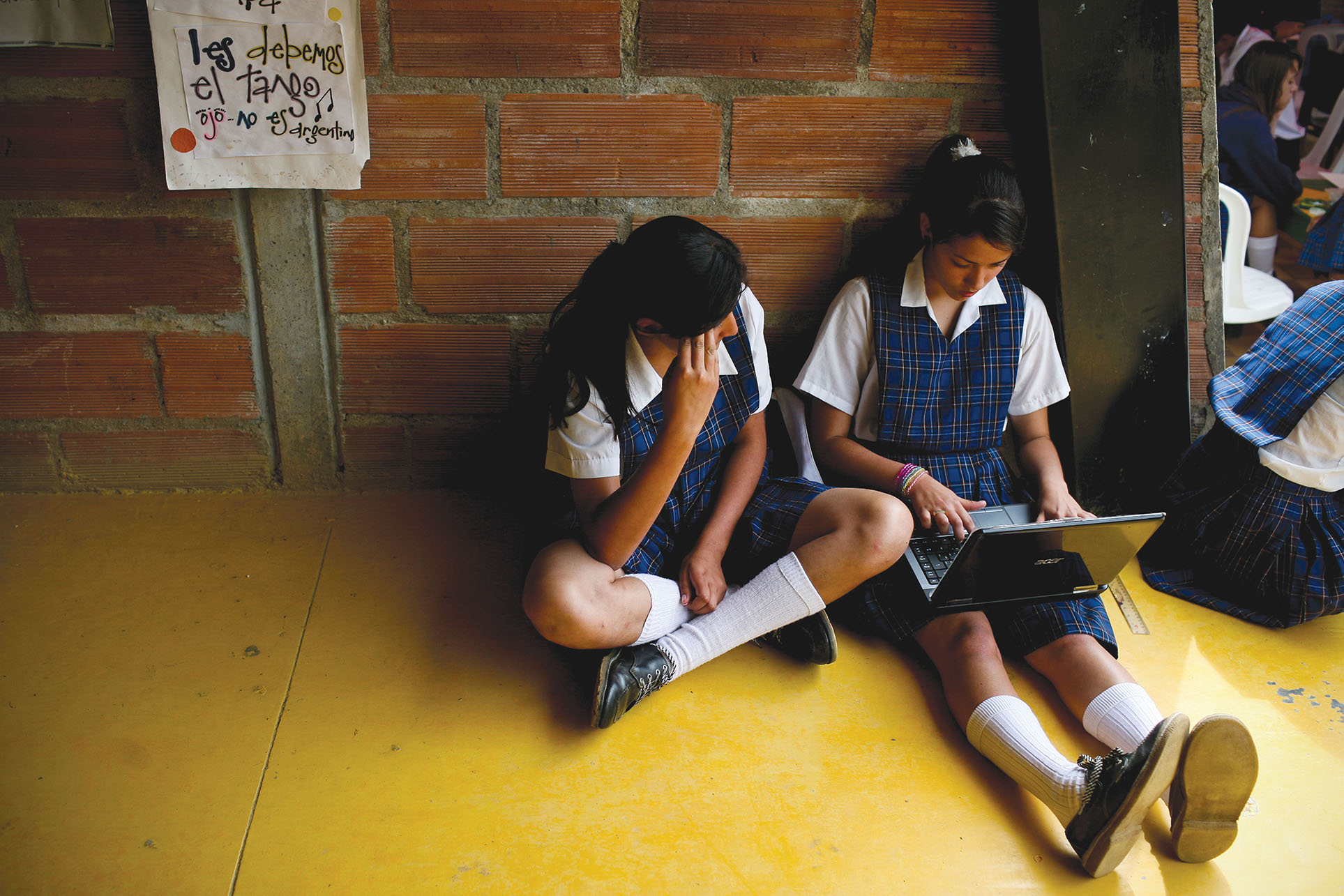 It seems an unlikely place to find a library park, complete with award-winning architecture, idyllic courtyards, and a gondola-style cable line. Once among the poorest and roughest neighborhoods in Medellín, Santo Domingo was besieged by drug trafficking, car bombs, and the violence brought by Pablo Escobar’s drug cartels.

Today, the mountainous barrio is home to a modern cultural center and tourist attraction. A four-level, granite library park, or parque biblioteca, beckons residents and visitors from across the world to explore its library books, reading rooms, classrooms, Internet access, auditorium, and outdoor patios.

But the library park doesn’t stand alone. It is one of 10 similar spaces built to transform Medellín by fostering education and dignity in the city’s most disadvantaged communities.

“People laughed at us before; they don’t laugh at us now,” said Sergio Fajardo, governor of Antioquia, Colombia, and the mastermind behind the impressive edifices. “Nobody would ever dare to walk over there, but now it’s a beautiful place,” he said of Santo Domingo.

Fajardo served as mayor of Medellín from 2004 to 2007, during which time he organized the construction of the library parks.
In a presentation hosted by the Center for Latin American Studies, the South American leader spoke about education as an agent of transformation and as the path to combat violence and social inequality.

Today, he continues to push for educational opportunities across Antioquia. During his talk, he discussed his current project to build 80 library parks in his home department — an initiative developed under the slogan, “Antioquia: The Most Educated.” This initiative is based on his previous work as mayor, when the slogan was “Medellín: The Most Educated.”

But the transformation of Medellín and Antioquia from places of fear to places of hope is a long, complex journey — not unlike Fajardo’s journey to emerge as one of Latin America’s most inspirational political leaders.

Fajardo jumpstarted his career nearly 15 years ago when he and a group of friends got together to discuss the city’s problems. He recalled the frustration that brought him to that moment, describing the newspaper columns he used to write about the importance of education.

“[E]verything that I wrote… the final line was, ‘This should be done,’” he said. “And then who is supposed to do it?” The conclusion he came to was that, “whether we like them or not,” politicians make society’s most important decisions.

“We made a decision,” he said. “We are going to organize ourselves… We are going to get into power in Medellín, and we are going to transform this society.” They focused their efforts on finding solutions for three social problems: inequality, violence, and the culture of illegality.

A mathematics professor at the time with no real political experience, Fajardo adopted an unconventional and almost mathematical approach to navigating politics. At Berkeley, he used formulas to illustrate his political tactics for the audience.

“The key to the whole thing has been something I wrote here in this formula,” he said. “Every step that we take never contradicts previous steps that we have taken. We’ve been consistent; we have kept the same principles.”

One unconventional approach he took was during his run for mayor. While other politicians invested money in buying votes, Fajardo invested his time in getting to know the people. He recalled walking across Medellín during his campaign, handing out leaflets and shaking so many hands that his arms were left sore. But it proved to be a worthwhile investment.

“We have built something that has no price, which is trust,” he said. “You cannot buy trust, and that is our political power.”

During his talk, Fajardo presented a slideshow of handwritten notes and illustrations — an old-school approach that he adopted during his days preparing classes as a professor.

He used a hand-sketched illustration that depicted the three social problems as three trees representing inequality, violence, and illegality. At the base of the trees is a single, tangled root. 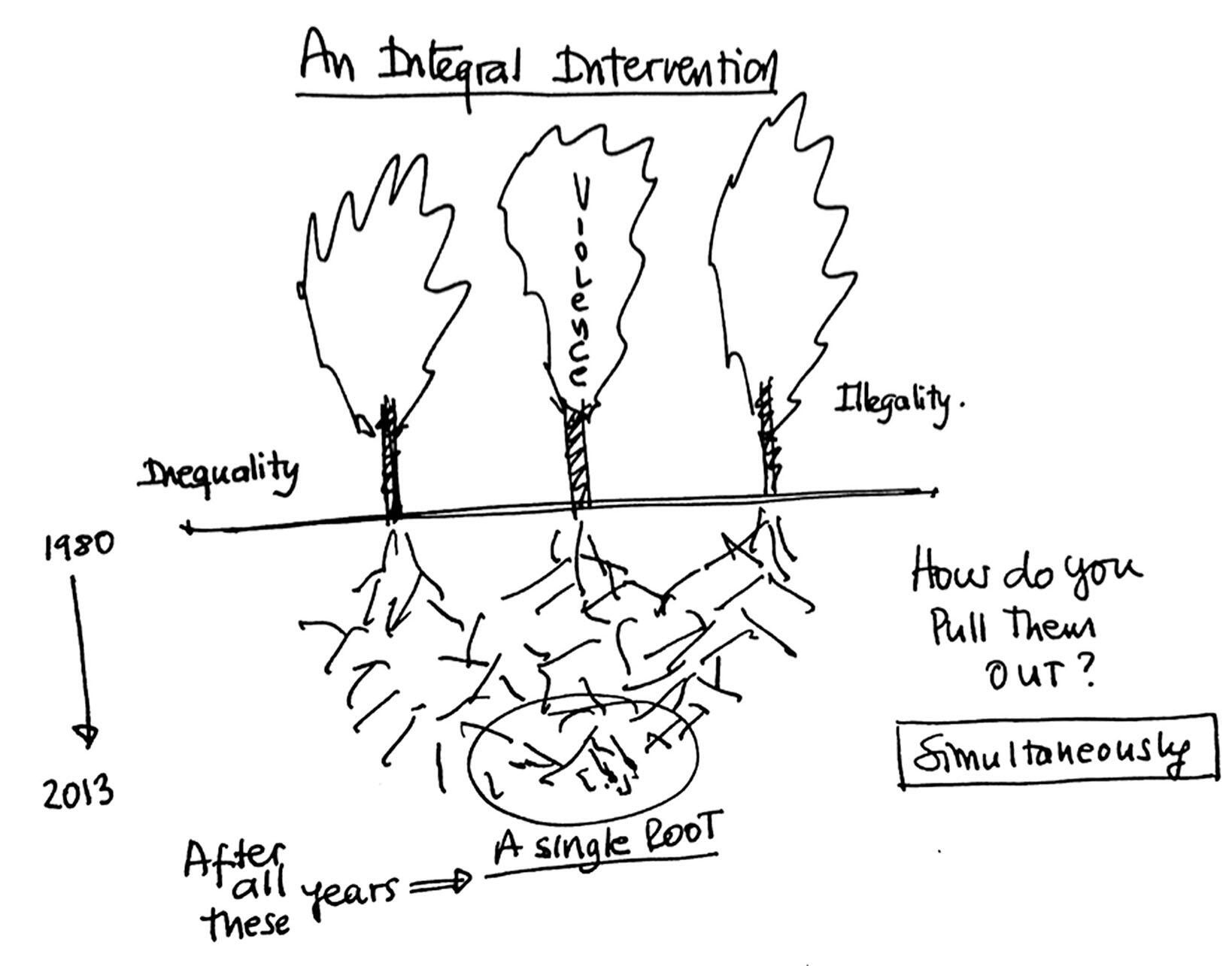 “From the surface, they look like three different trees,” he said. “But if you look carefully, you understand that they end up being a single tree.” If you want to uproot them, you have to do it simultaneously, he explained.

Here, Fajardo introduced the concept of dignity as it relates to resolving inequality.

Building dignity and providing quality education for those in some of the department’s poorest communities has been a driving force behind Fajardo’s decision to build the library parks in underdeveloped neighborhoods like Santo Domingo and La Ladera and in towns like Anorí, which was overrun by guerillas for 50 years.

“Dignity means we are equally valuable as human beings,” he said. “For everyone, we recognize that we all have capabilities, and we all need recognition.”
Improving education in Medellín and Antioquia has also mobilized people living in these once-disadvantaged neighborhoods to study and dream of new opportunities.

“You have to build on education in order to be able to walk through the doors of opportunities,” said Fajardo. He described the time he organized the “Knowledge Olympics,” which encouraged community members to test their knowledge on various subjects and gave recognition to promising students through scholarships.

The event was aired on national television as a way to garner public support for learning in out-of-the-way corners of Antioquia. Fajardo cited an example of a student from a poor family living in a small town. “She’s the best student in her town, and they have never seen a woman who is a good student. And suddenly, they see this girl appear live on TV winning a fellowship, winning things for her family,” he said.

For now, the governor hopes to continue promoting the path of education and mobilizing communities to create opportunities for themselves. Currently, there are several more educational parks and sports complexes as well as a university campus being built in Antioquia, including in indigenous communities.
“The most beautiful thing that has happened in this neighborhood is this building. It’s a powerful message; it’s a political message that we are giving,” said Fajardo.

Sarah McClure is a student at UC Berkeley’s Graduate School of Journalism. 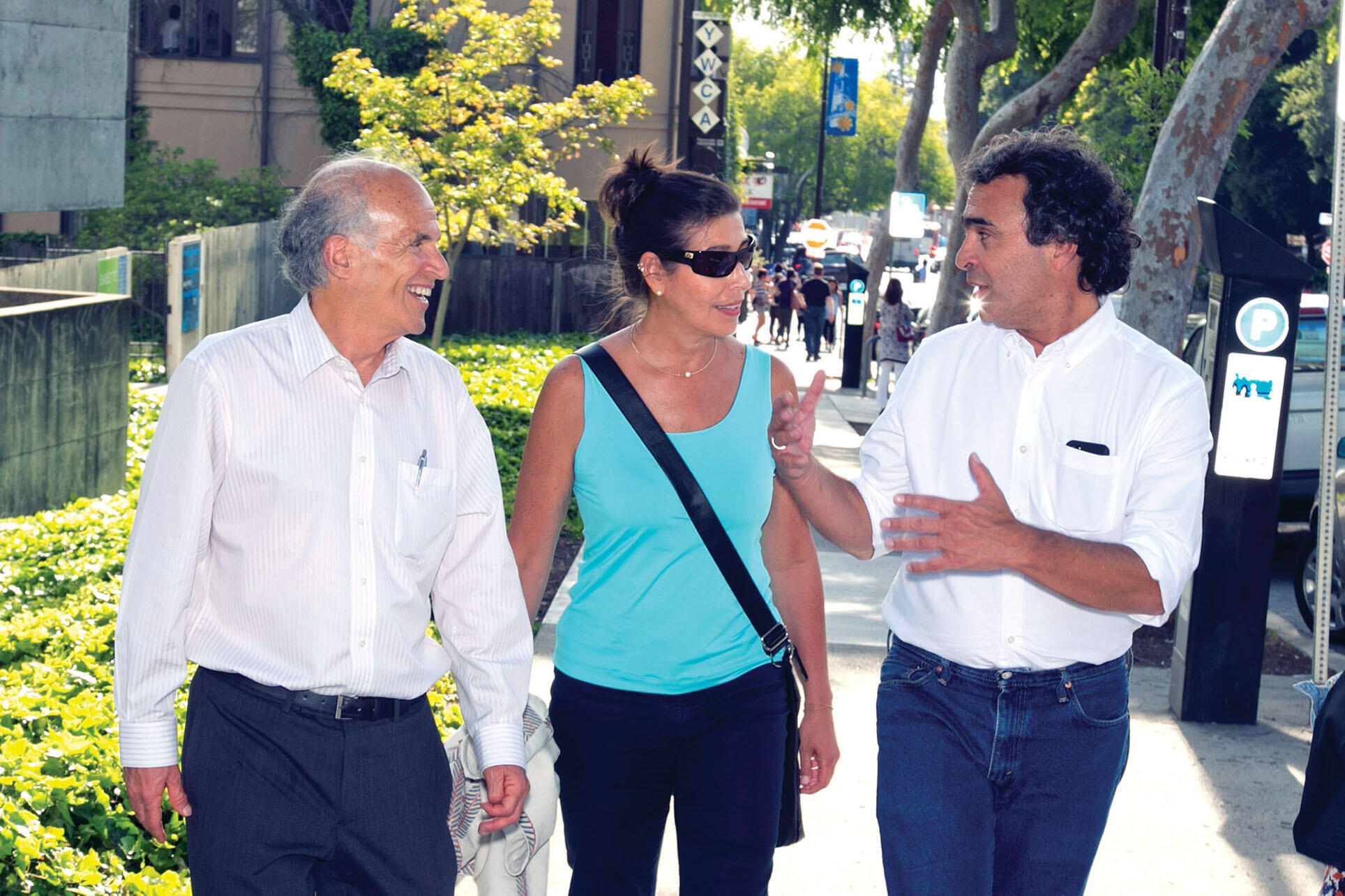