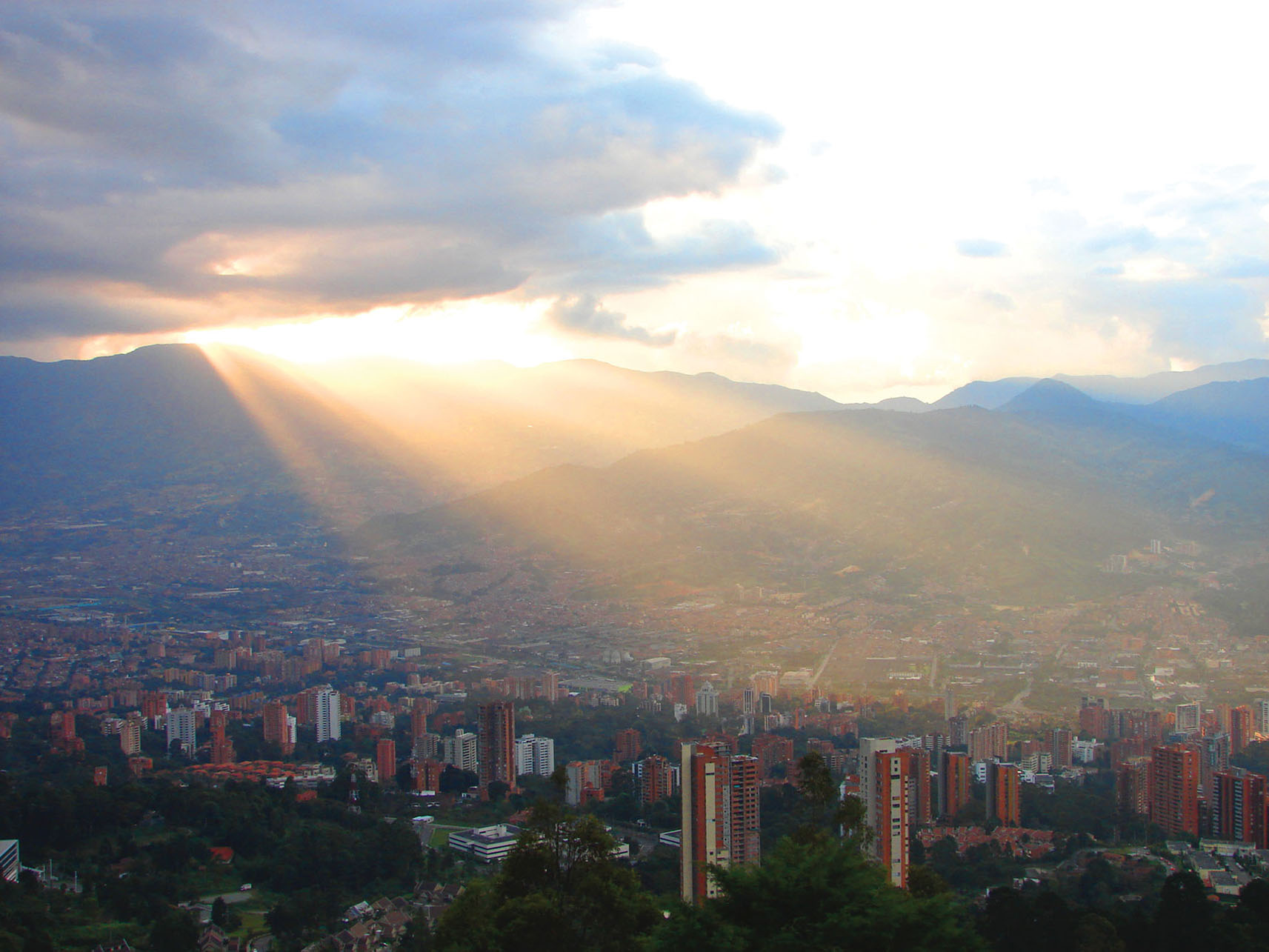 The future of the negotiations to end Colombia’s decades-long civil war hung in the balance when Ambassador Luis Carlos Villegas came to Berkeley to make a case for his country and its president, Juan Manuel Santos. With less than a month to go before the first-round presidential elections, President Santos was taking a calculated risk by pressing forward with the peace process. Villegas acknowledged as much, saying that the easiest way to win reelection would be to suspend negotiations until after the balloting was over. But he dismissed such tactics as “not serious.” By tying the election to the negotiations, President Santos had raised the stakes: if he won, he would have a mandate to continue the peace process; if he lost, the new occupant of the Casa de Nariño would be Óscar Iván Zuluaga, a critic of the negotiations who promised a “full-frontal assault on terrorism.”

When the results of the May 25th election came in, it looked as though the president’s bet had backfired: Zuluaga had won 29.3 percent of the vote to Santos’ 25.7 percent. As the country headed to the second-round election, the central question seemed to be the one Villegas had raised at Berkeley: “Are we able to pardon?”

In many ways, the fact that Colombia was even facing such a question was a victory. Long a source of troubling headlines, the country has made remarkable strides in the 21st century. Since 2000, both nominal gross domestic product (GDP) and foreign trade have quadrupled. The poverty rate, national debt, and inflation are also down significantly. Colombia appears to have turned a corner, leaving behind the bad old days when the image it projected internationally was that of a country teetering on the edge of being a failed state, riven by narco-violence, political assassinations, and clashes between paramilitaries and guerrillas.

“We Colombians are not used to being a source of good news,” the ambassador noted during his talk for the Center for Latin American Studies. Villegas credited the turnaround to the “very hard work” of “two generations of Colombians” who put their lives, their jobs, and their families at stake to bring stability to the country. He also had words of praise for the United States and its support of Plan Colombia, an initiative that provided aid in combatting drug cartels and left-wing guerrillas. “In 1999, when nobody wanted to know anything about Colombia,” he said, the United States “raised its hand and said, ‘I’m here to help.’ ” The ambassador attributed improvements in the country’s security situation in part to that help.

Despite Colombia’s progress, Villegas acknowledged that there is still much more to do. And for him, the number one priority is bringing the seemingly endless internal conflict to a close.

Without peace, he argued, other important goals like rural development and judicial reform will be even more difficult to attain. 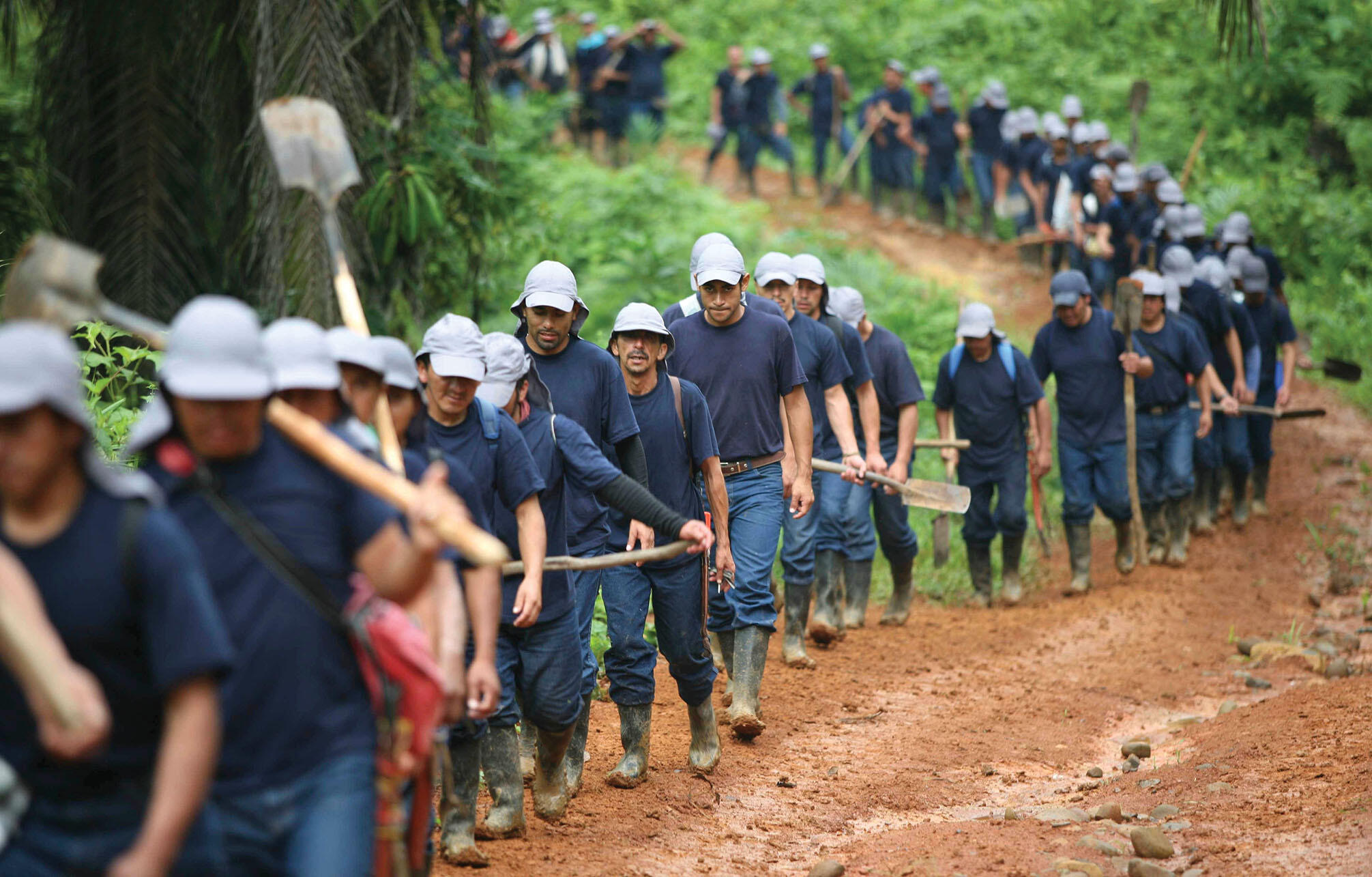 As a former member of the government team charged with negotiating with the Revolutionary Armed Forces of Colombia (FARC), the country’s largest guerrilla group, Villegas has a unique vantage point. He believes that the current round of negotiations was made possible by three changes in Colombia’s political climate. First, the eradication of an estimated 85 percent of the country’s illicit crops, which he called “the fuel for financing violence,” tilted the balance of power in favor of the government. Second, the decline in the FARC’s international reputation has cut the organization off from foreign political and financial support. Once considered “freedom fighters” by some groups in the United States and Europe, the FARC is now on many countries’ lists of international terrorists. Lastly, the FARC is faced with a different Colombia than the one that spurred its founding in 1964, a Colombia where growth is up, poverty is down, and the government can successfully implement social programs. At long last, the FARC has no option but to negotiate, Villegas said.

In the three years since negotiations began, the government and the guerrillas have reached agreement on two points. First, the government will devote significant funds — totaling 1 to 1.5 percent of GDP for the next 15 years according to Villegas’ estimates — to a program of rural development in the form of roads, land, credit, technology, and modernizing institutions. The ambassador emphasized that this work needs to be done with or without an agreement but that it would be much easier and more successful with the cooperation of the FARC. The second point of agreement was around political participation. Villegas stressed that the government would not agree to changes to the political model during the peace process but that it was open to sitting down with the FARC to negotiate reforms once the guerrillas turned in their weapons and became an unarmed political party. The personal security of politicians is key to the success of political reforms, he said. Politicians from all sides “have been under threat for doing politics for the last century.” Going forward, it is critical that “if you decide to go into politics unarmed, you are going to be alive and well.”

“What’s left?” Villegas asked rhetorically. “The hardest part.” The next step in the negotiations is convincing the FARC to sever its connections to drug trafficking and organized crime. While acknowledging that it is unlikely that every last guerrilla will abandon illicit activities, the ambassador expressed the hope that 80 to 90 percent would return to civilian life. If that were to happen, dealing with the remainder would be “a police problem… not a problem of international law or international politics.”

The other remaining sticking point in the negotiations is the issue of justice. The negotiators have to thread a fine needle between the amount of justice the Colombian public and the international community expect and the amount of justice the FARC will accept. Villegas noted that Colombia’s peace process is the first to go forward since the Rome Statute established the International Criminal Court. Those in the international human rights community are thus concerned that the Colombian process not set a precedent that looks like impunity. On the other hand, the settlement cannot be so stringent that the guerrillas will not lay down their arms. “Imagine a person,” Villegas said, “that has been 35 years in the jungle… with a gun on his shoulder” and the only proposal he has in front of him is, “Give me your gun, and go to jail 40 years.” The audience’s nervous laughter was a telling indicator of what that man’s response would be. And yet, the victims must also be satisfied that justice has been done.

During the question-and-answer session, members of the audience returned to the needs of the victims. Villegas was eloquent on that score. “The treatment of the victims of the conflict is the key for peace,” he said. “The treatment of the victims is correct when it hurts,” when both victims and perpetrators must make concessions. Then, he said, there is room for pardon. “Are we able to pardon?” he asked. “If we can, that is a start for peace.” If not, he warned, the cycle of violence will continue.

On June 15, 2014, Colombians again went to the polls. This time, President Santos came away with a solid victory and a mandate to continue the peace process, winning nearly 51 percent of the vote to Zuluaga’s 45 percent.

And yet, the journey is far from over. Despite his optimism, Villegas warned that a signed agreement is not a guarantee of future peace. “We cannot commit the same mistake we committed in Central America,” he said, referring to the end of the region’s civil wars in the 1990s. “We thought that the day the treaties were signed, everybody could go home happy. And it has been very expensive, that picture we had 25 years ago.” An agreement is only a piece of paper, he said, unless it becomes an expression of the will of the Colombian people. That transformation, “requires a lot of pardon; it requires a lot of tolerance; it requires a lot of economic policies to fight inequality; and it requires open foreign policy. That’s the challenge. My guess is that this is best moment I’ve ever seen for my country in my lifetime.”

The coming months will reveal whether Ambassador Villegas’ optimism is well founded.

Luis Carlos Villegas is the Colombian Ambassador to the United States. He spoke for CLAS on May 1, 2014.

Jean Spencer is the Outreach and Publications Coordinator at the Center for Latin American Studies. 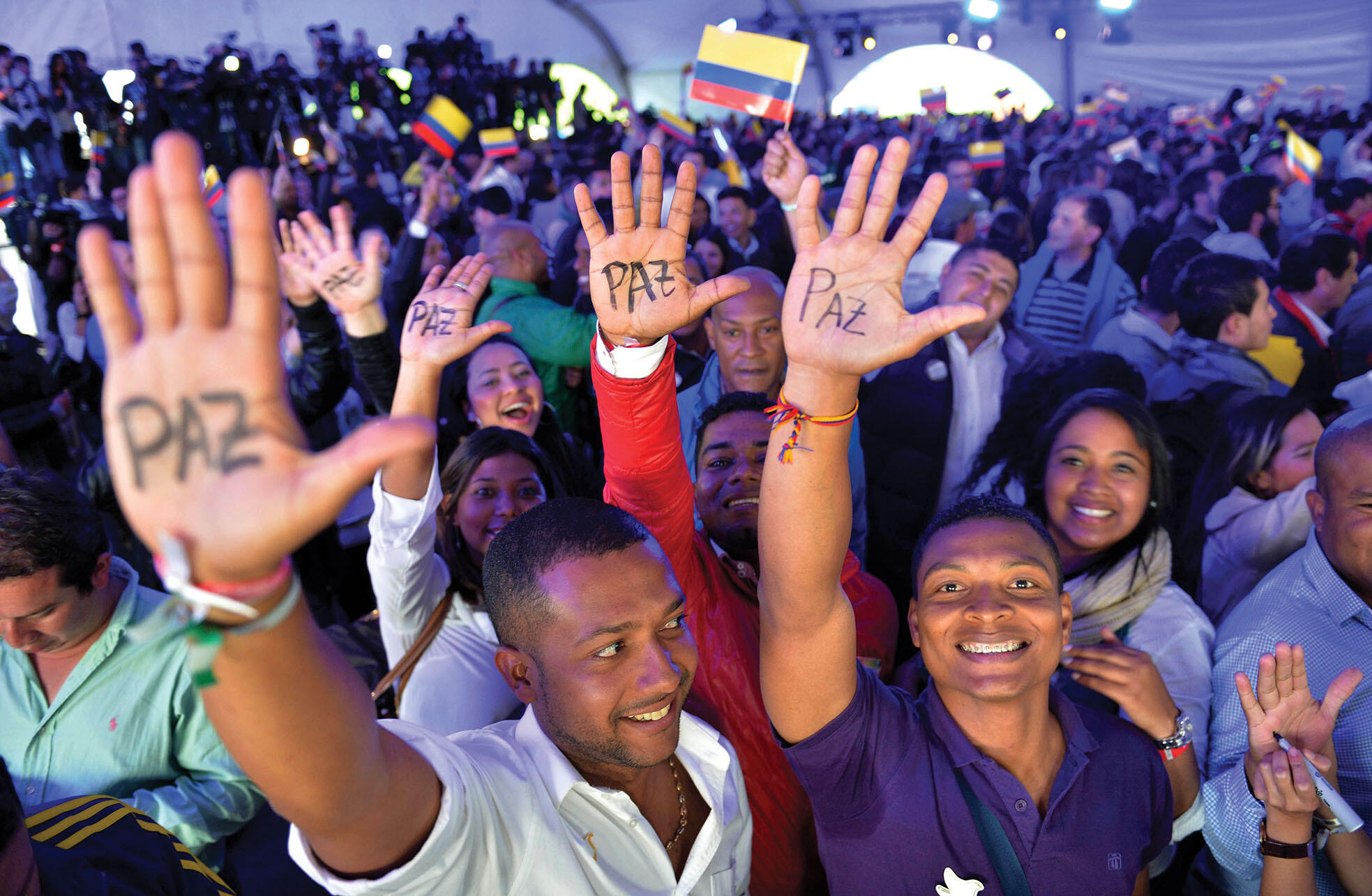