COLOMBIA: The Turbulent Path to Peace 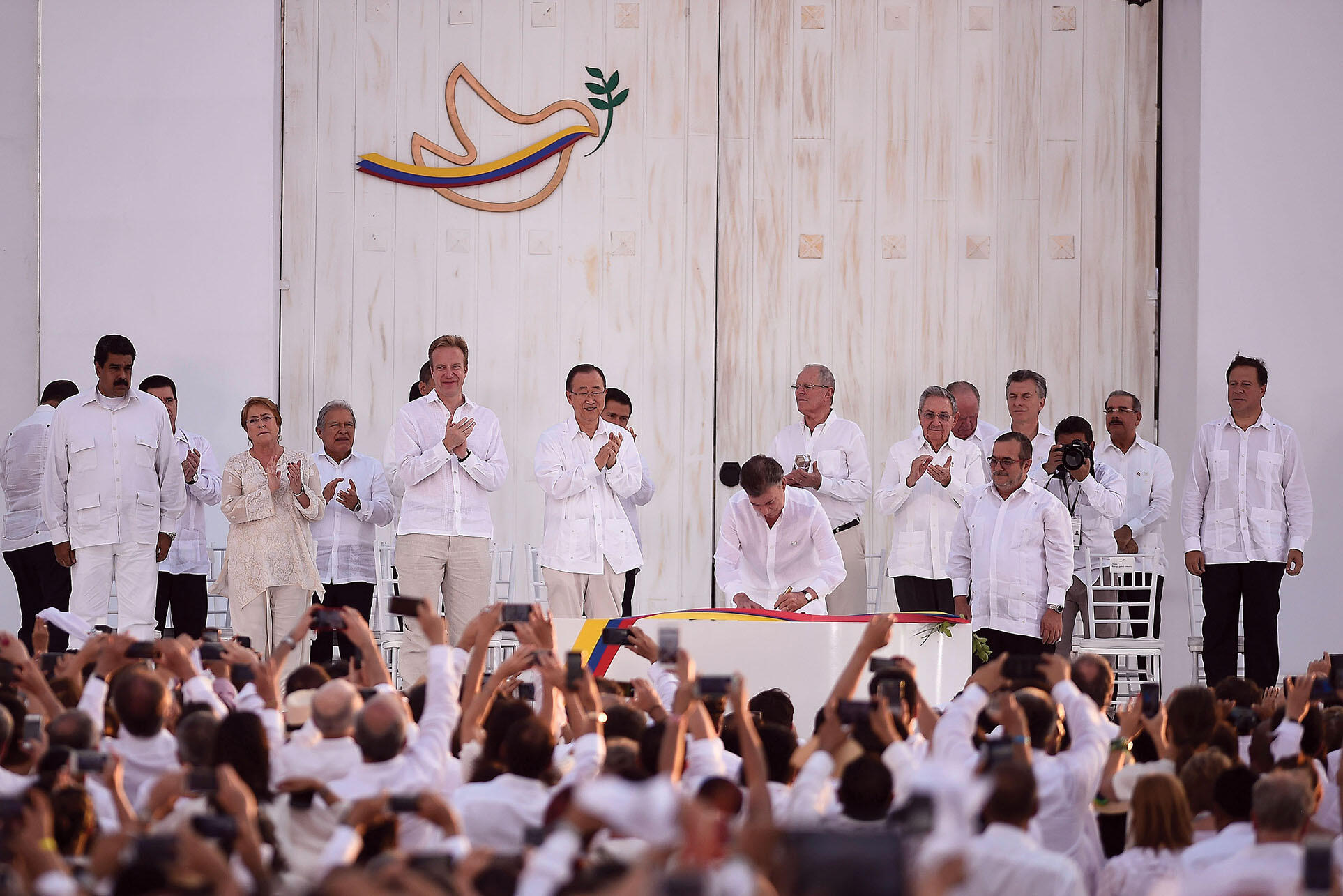 The unpredictable roller coaster of a peace process that Colombians have experienced over the last four years has taken on a new, concentrated form of chaos and uncertainty.

On September 26, 2016, enemies of more than 50 years, standing in front of leaders from around the world, committed to ending the longest war the Western Hemisphere has seen. Victims of some of the most horrific violence pardoned the perpetrators. Children sang as the FARC’s leader, Rodrigo “Timochenko” Londoño Echeverri, and Colombia’s president, Juan Manuel Santos, signed an accord that had been negotiated over four tumultuous years, enduring cycles of broken trust and broken ceasefires and the collapse of the president’s approval ratings. Santos guaranteed the right of the FARC (Revolutionary Armed Forces of Colombia) to have their voices heard in the political arena; Timochenko guaranteed that he and his followers would take that responsibility seriously and hinted at ways they hoped to contribute to the country in peacetime.

On the evening of October 2, the positive feelings of this moment were dramatically tempered by citizens’ rejection of the accord by a slim margin in a national plebiscite. Voter turnout was low: some 13 million made the decision for the nearly 50 million Colombian citizens. Some analysts have blamed the polls for the result, which consistently indicated that the “Sí” vote approving of the accord was likely to win by a generous portion. The plebiscite would serve, the narrative had promised, as a helpful mandate for lawmakers to work under while passing the legislation necessary for the accord to take effect. Though Santos received warnings early on that the plebiscite was a gamble, given the concessions he would surely have to make, many observers in Colombia and around the world were shocked when “No” eked out a win. No member of any party seemed to possess a clear “Plan B.”

Populist former president Álvaro Uribe and his Central Democratic party led the “No” campaign, after opposing the peace talks from the beginning. Uribe and his party have accused President Santos of agreeing to “impunity” for the FARC and have convinced their followers that the accord would lead the country into a state of “Castro-Chavísmo” by, among other things, giving the FARC guaranteed political seats for the first two elections after the accord was passed. Uribe traveled around the country, hosting town hall meetings to convince people that, as he put it, “We want peace, but not this peace.”

In one major revelation since the vote, the manager of the “No” campaign, Juan Carlos Vélez, bragged in an interview about how cost effective the campaign had been by appealing to people’s indignation about concessions to the FARC. This effectiveness was clear from conversations in the street with those who cast a “No” vote. “Why should these guys be sitting around getting paid 2 million pesos a month from the government for having terrorized the country?” Four people on the streets of Buenaventura expressed this concern to me over the course of an afternoon. No matter that this is not exactly what the accords would have provided, nor that the costs of the war are much higher for Colombians: the opportunities to play into citizens’ frustrations with the government and the FARC’s use of imprecise sound bites were all too easy for the “No” campaign. Many have suggested that such misinformation means a “No falso” actually won the campaign. In much of the country, too, the plebiscite was less about the 297-page accords, which few surely read, and more about political ambitions in the next elections.

Despite these factors, the symbolism of how different populations had voted hit many “Sí” voters particularly hard. The center of the country (with the exceptions of Bogotá and the state of Boyaca) fell to the “No” side, while the peripheries voted overwhelmingly for “Sí.” It was not lost on anyone that citizens in the peripheries are indeed those who have suffered most over the last 20 years of this conflict and those who understand better than anyone that this accord is just one step along a much longer road to peace. It was a stated mission of many of them to lead the country toward forgiveness with their example, with the peace deal as a crucial step. They fulfilled their end of the bargain, but like many of their “Sí”-supporting compatriots, were horrified as results were finalized just over an hour after the polls closed. 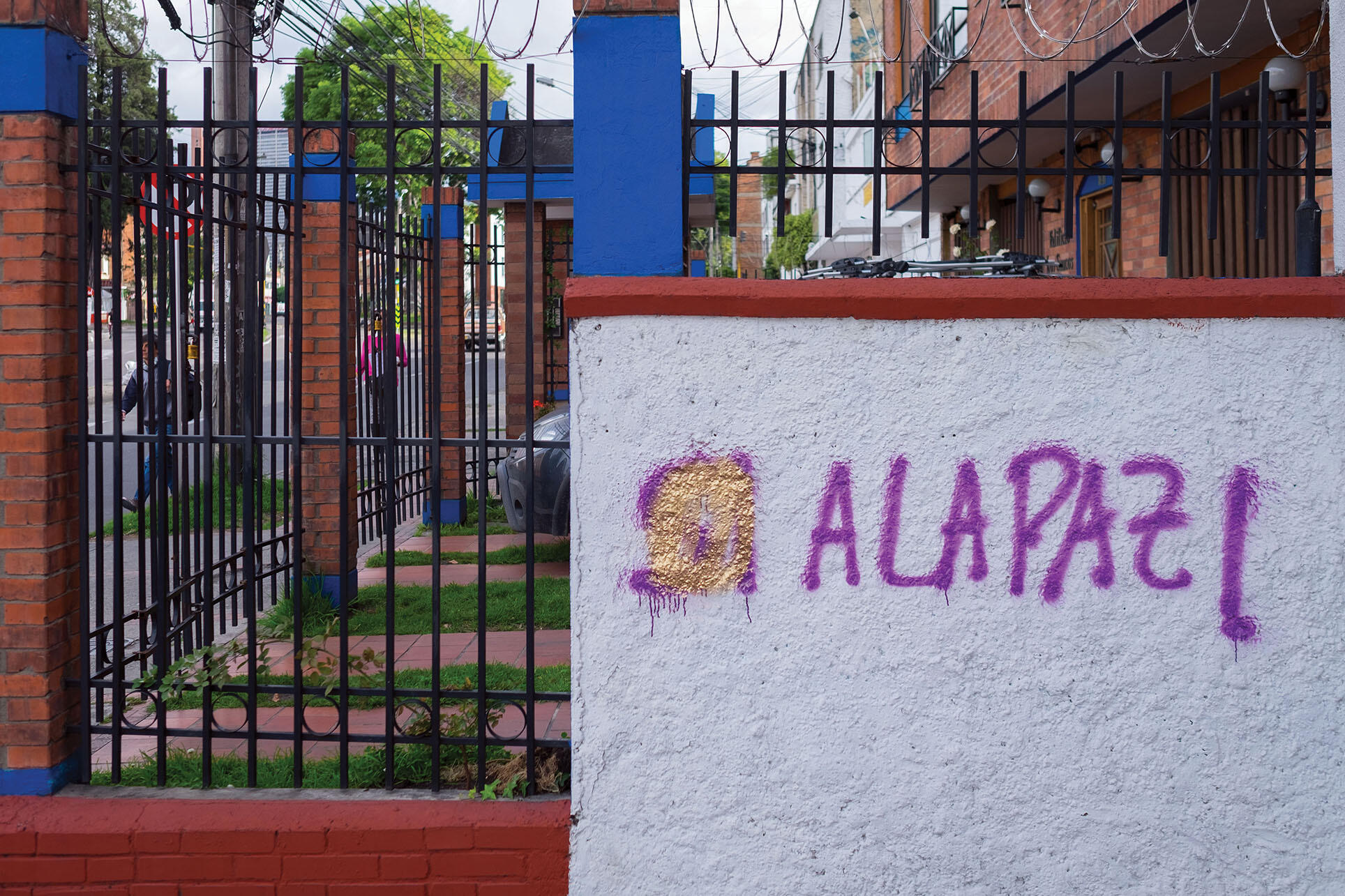 “I couldn’t sleep. I feel like we and all those who have been working for so long toward peace have been dealt a low blow,” a leader from an Afro-Colombian community told me a day after the vote. She is one of the many community leaders who have received death threats as a result of their efforts to protect their communities from violence over the years. Other leaders, like the one I accompanied to the polls on Sunday, were left only to contemplate the vagaries of democracy and hope that out of this crisis, a more perfect union might emerge.

While frustration and uncertainty immediately followed the vote for the “Sí” side, a series of events since have brought hope. First, Timochenko has reiterated various times the FARC’s commitment to ending the conflict, even suggesting a willingness to make some additional concessions to do so. Second, thousands upon thousands of Colombians have taken to the streets to march for peace. The marches are likely to continue until a new deal is finalized and implementation begins. Third, the Colombian government and the country’s other main guerrilla force, the ELN, revealed in a press conference that they will begin peace talks at the end of October in Quito, Ecuador. Finally, President Santos was awarded the Nobel Peace Prize by the Norwegian Nobel Committee. Some in the “No” camp say the award vindicates the rumor that the peace process for Santos is more about his international legacy than taking care of Colombia. For those hoping this will be the last negotiation between the government and the FARC, however, it is a positive sign that the international community is still behind Santos and the process and recognizes the personal and political sacrifices he has made to get to this point.

Despite these hopeful signs, insecurity still looms over the country. President Santos’s negotiating team has taken on board representatives from the “No” campaign to help integrate their ideas into the renegotiation process to continue in Havana. Two weeks after the vote, the Center Democratic party shared their demands of the process, but politicians from other parties have expressed concerns that these requirements are unrealistic and vague. Recognizing that pleas to close out the process as quickly as possible may be too optimistic, Santos extended a ceasefire with the FARC through the end of December.

What all in Colombia recognize in this polarized moment is that even with an accord passed, there are many issues that will continue to challenge those living in the periphery. The so-called “paracos” (neoparamilitary narcotrafficking gangs who control drug routes and illegal gold mines and seek land and power through violence) pose a greater threat to rural people in many parts of the country than any other group. Public services do not reach many regions of the country or are of very poor quality, and massive wealth gaps remain. Official statistics suggest a third of the country lives in poverty. No crop is as lucrative for farmers as coca, while difficult transportation routes and poor support for cash and commodity crops make these products even less valuable in comparison. Latent fear and mistrust are hard to overcome after so many years of trauma instilled by all parties to the conflict — an obstacle reflected in the plebiscite result.

The moment, then, could not be more important to move forward ambitiously with this peace with the FARC. The agreement as signed on September 26 not only aimed to put an end to that fighting, but also sought to begin to address some of these grander challenges of uniting the “Two Colombias.” As the daily marches across the country make clear, just about everyone here is tired of the fighting. The children in the communities where I work, who have only known a time of war, sing songs to each other about how beautiful peace would be. Their parents are sick of having to protect them, sick of having to pass through military checkpoints with them as they try to go about their daily lives. The next few weeks will indicate whether the country’s polarized parties are capable of coming together to advance an agenda that recognizes this exhaustion and helps the country toward a more inclusive and peaceful future.

Lauren Withey is a Ph.D. candidate in Environmental Science, Policy, and Management at UC Berkeley. She is currently based in Cali, Colombia, where she researches forest conservation programs along Colombia’s tropical Pacific Coast. 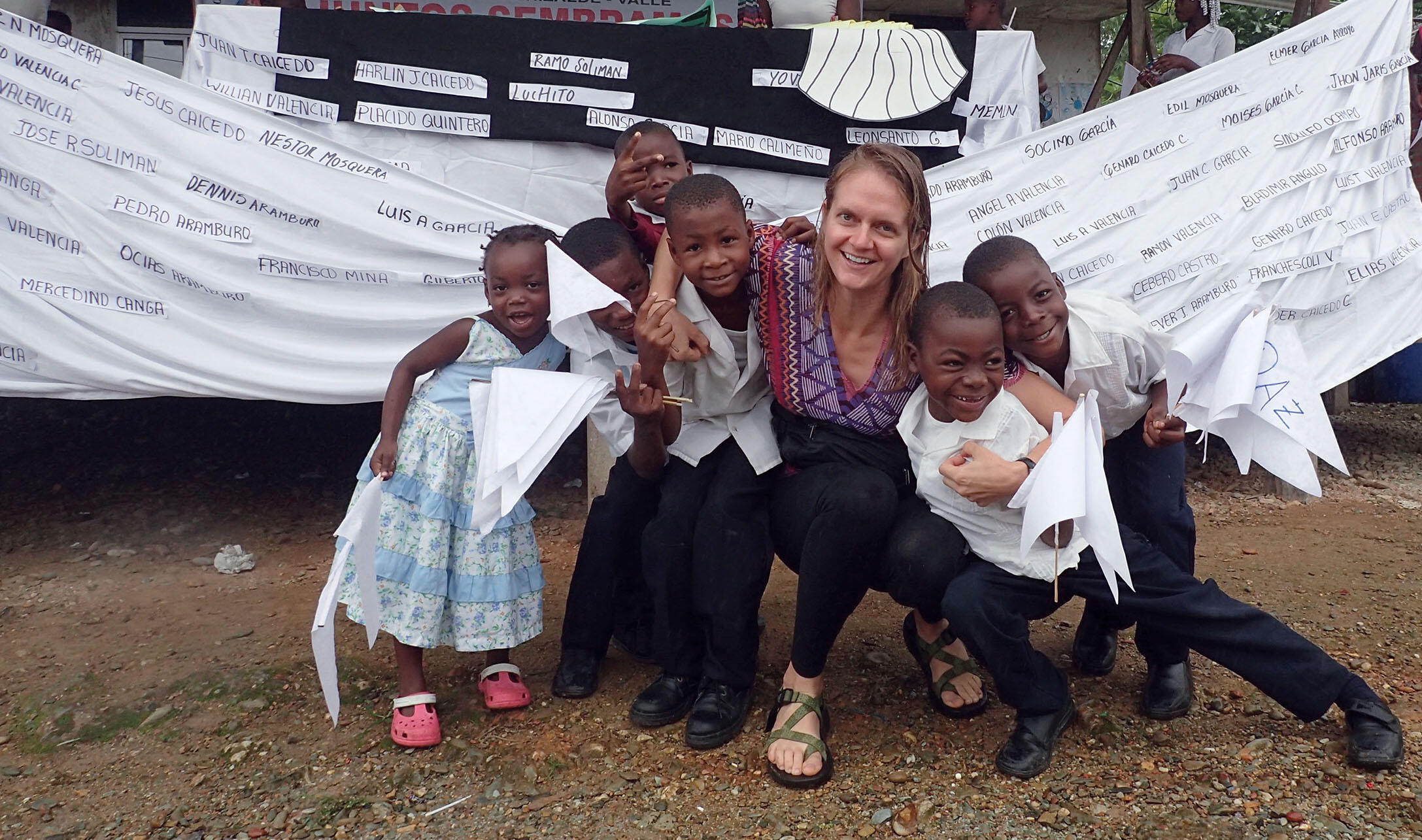