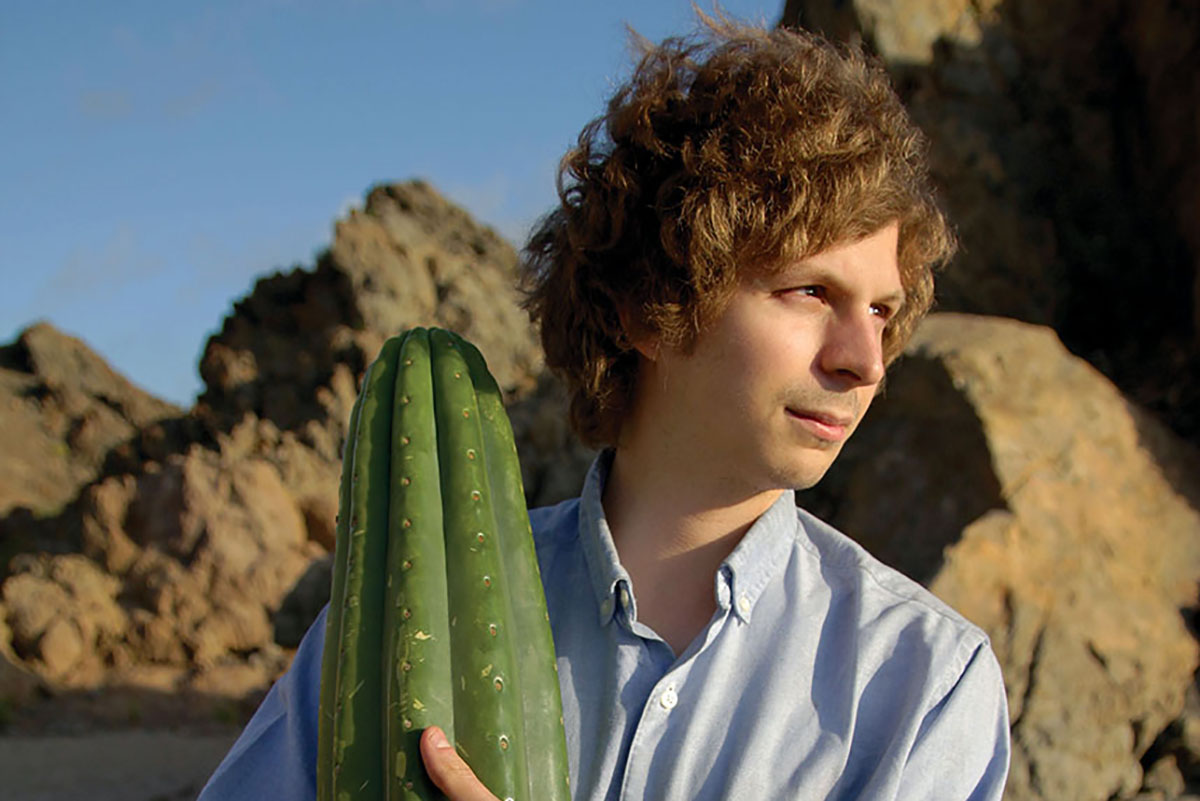 The film opens with the lead character, Jamie, played by Michael Cera, consuming copious amounts of alcohol, marijuana, and cocaine. The central plot device is the search for and ingestion of the mescaline-producing San Pedro cactus. And yet, “Crystal Fairy & the Magical Cactus” is not really a drug movie, or even significantly about drugs, according to award-winning director Sebastián Silva. It is instead about Jamie’s “spiritual epiphany” as his selfishness is pierced and he begins to discover a sense of compassion for others, namely co-star Gabby Hoffman’s title character Crystal Fairy.

Silva is a Chilean director and the winner of two Sundance Film Festival awards, one for his 2009 film “La Nana” and the second for “Crystal Fairy.” Silva recently spoke at a screening of the latter film sponsored by the Center for Latin American Studies and the San Francisco Film Society, where he is currently an Artist in Residence.

Shot in 11 days on a privately financed budget of only $400,000, the movie was based on a 12-page script-outline written by Silva and largely improvised around the character arcs of Jamie and Crystal.

The story follows Jamie, a young American living in Chile, on his quest to consume the mind-altering cactus native to that country’s Atacama Desert. On this road-trip adventure, he is accompanied by his Chilean friend Champa, as well as Champa’s two younger brothers, Lel and Pilo. All three siblings are played by the director’s real-life brothers. At a drug-fueled party the night before the journey, Jamie meets Crystal Fairy, a fellow American with a shared taste for illicit substances. Crystal is eccentric, hippie, and “New Age” in her aesthetic: she first attracts Jamie’s attention through her peculiar solo dancing at the party. Jamie awkwardly invites Crystal on their trip, an invitation that he will quickly and repeatedly regret. 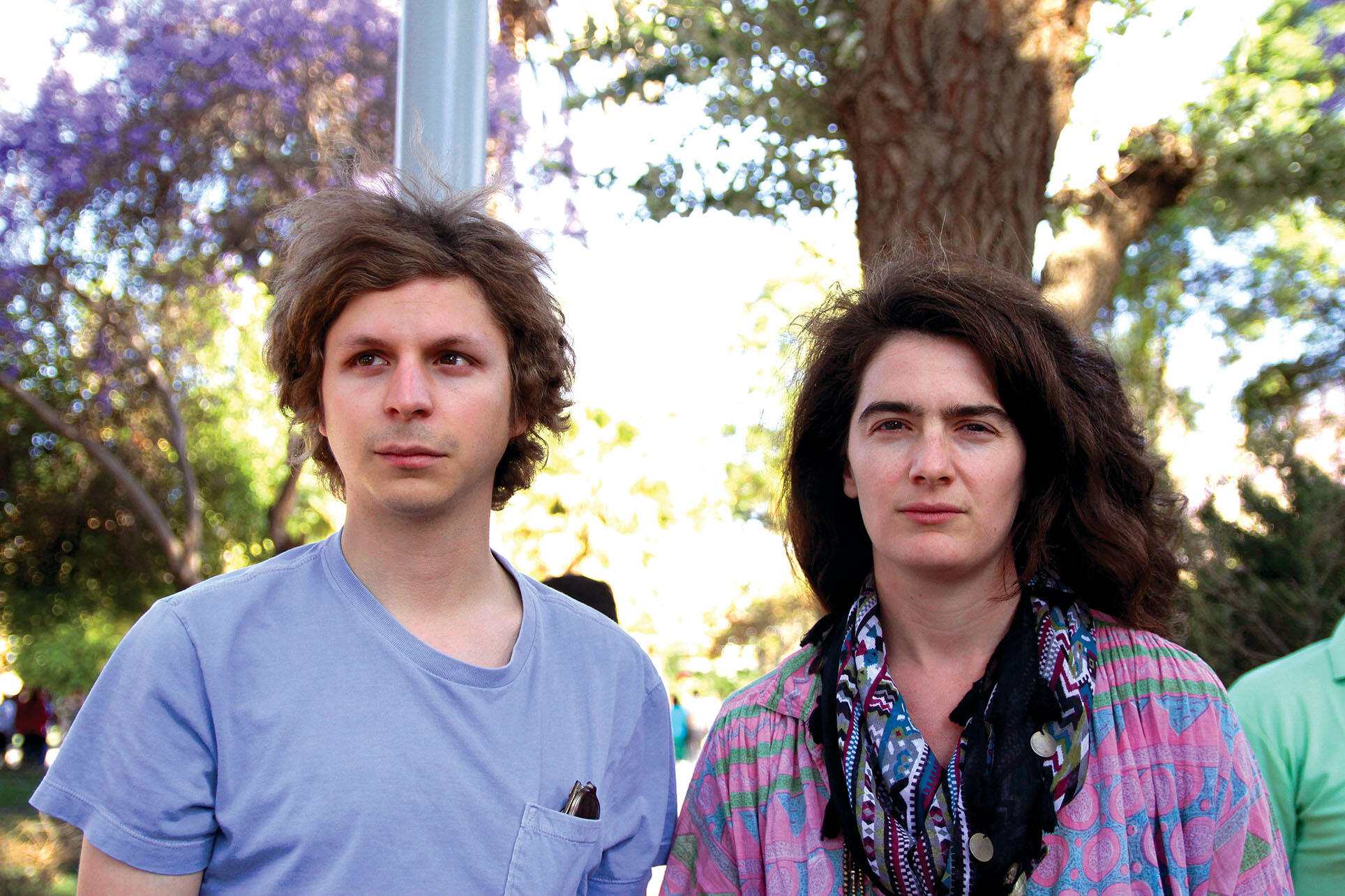 After another impulsive invitation to two transgender sex workers to eat rice at his apartment and a hilarious late-night exercise scene, Jamie unsurprisingly gets a late start the next morning, much to the frustration of Champa, who also expresses skepticism that their vehicle is large enough to accommodate Crystal Fairy. So, despite Crystal’s repeated phone calls, they begin their journey to the north of Chile without her.

Jamie displays an almost obsessive focus on the procurement of the cactus and a seemingly complete lack of curiosity about his Chilean traveling companions or the other people he meets along the way. Jamie’s refusal to eat home-made empanadas at a roadside stand and his skepticism towards the instant coffee on offer exemplify his closed attitude. 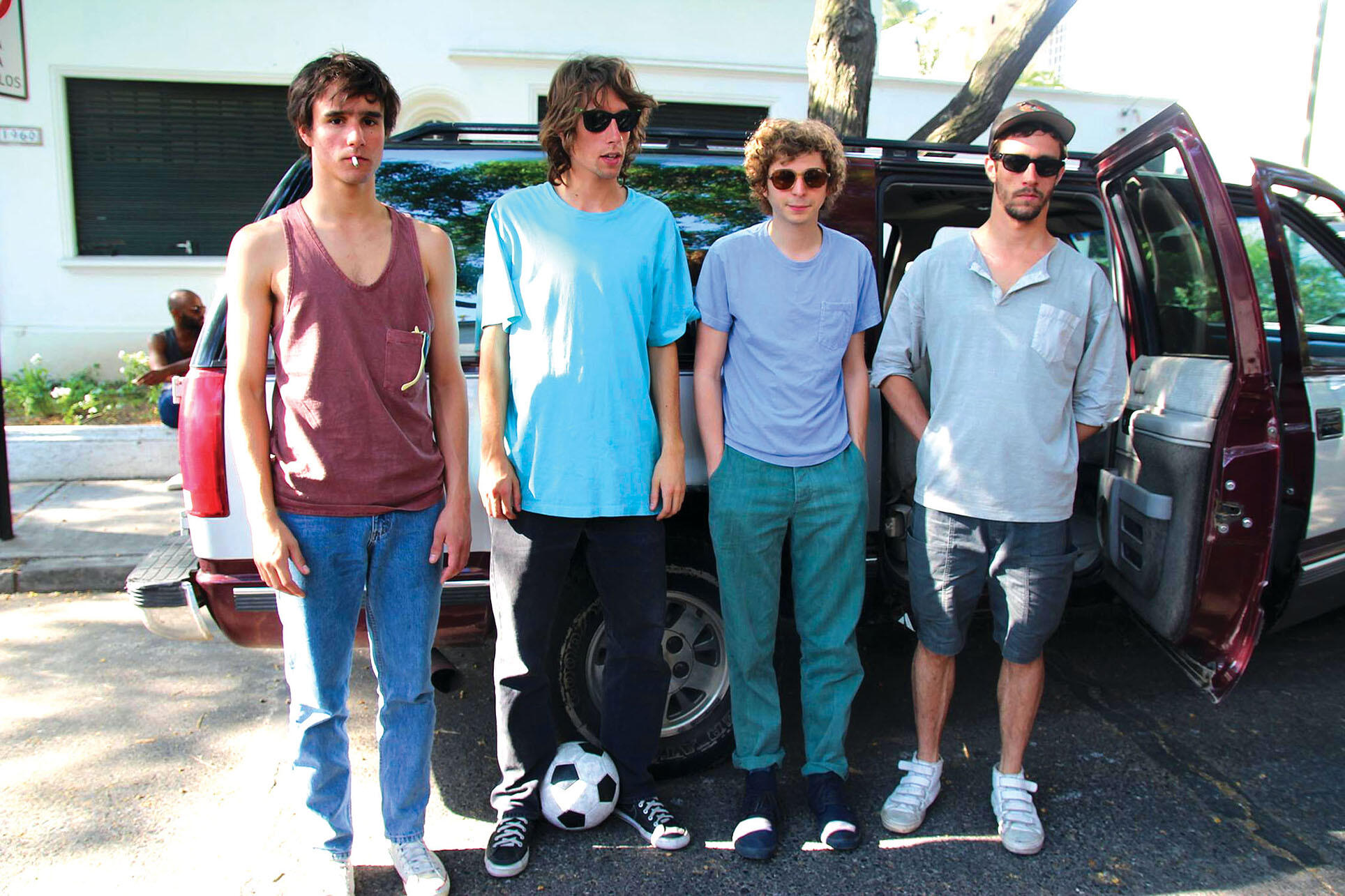 Jamie and the Chilean brothers ultimately do meet up with Crystal in the plaza of Copiapó, where they find her being assaulted by gypsies. Jamie is almost immediately frustrated with her presence, a feeling he attempts repeatedly to project onto his travel companions who seem to find her an amusing and endearing presence. Indeed, when Crystal emerges from the shower nude in front of the four young men, the three Chileans find the spectacle funny while Jamie is so uncomfortable and annoyed that he feels compelled to comment to Crystal about it.

After several failures to obtain the cactus, Jamie steals some from an old woman’s garden while the rest of the group is inside her home attempting to charm her. The scene ends with a shot of the old woman at her window as the group drives off, an image that underscores Jamie’s lack of concern for her feelings.
With their objective in hand, the group heads for a deserted and starkly beautiful beach on the edge of the desert. After setting up camp, Jamie begins the long process of cooking the cactus to extract the drug. The next morning the drug trip begins, and after an early altercation between Jamie and Crystal, the two separate for most of the day-long, hallucinatory experience.

One of the most notable aspects of the movie is Silva’s decision to neither glamorize nor strongly represent the experience of the drug itself. In questions after the screening, he indicated that he was not looking for a cinematic experience akin to director Terry Gilliam’s psychedelic 1998 opus “Fear and Loathing in Las Vegas” or other well-known drug-trip movies. His focus remains resolutely on the character development of Jamie and Crystal.

As the mescaline experience develops, Jamie’s selfish shell begins to crack. He expresses guilt about his harsh words to Crystal Fairy and then apologizes to her in the first genuine act of compassion that we see from his character. The emotional peak of the movie occurs late that night around the fire, when Crystal shares a traumatic experience, and Jamie’s emotional walls seem to come crashing down as he begins to cry uncontrollably. At least in that moment of vulnerability, Crystal’s suffering becomes his own. 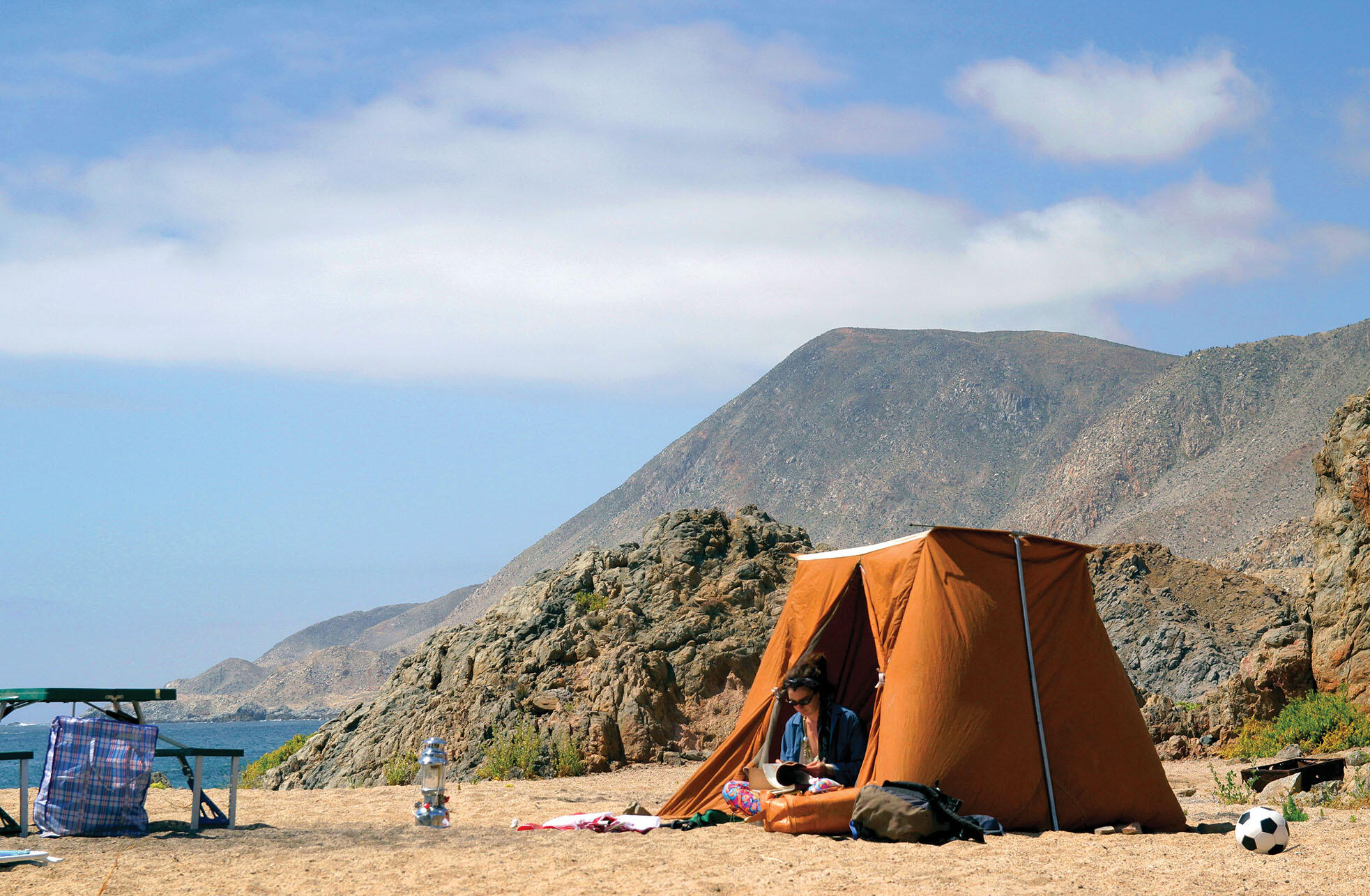 When responding to questions from the audience, Silva emphasized that his focus in the movie was on the “birth of compassion” in the “special man,” Jamie, to whom he has compared himself in interviews. The director also derided as “infantile” the description of the film as a “drug movie” in some reviews.
Silva revealed the fact that the movie is loosely based on a true story about an American from San Francisco who he met in Santiago and invited on a trip to the north of Chile to consume San Pedro cactus, which the director intimated he had tried “many times.” The real-life Crystal Fairy really was a New Age hippy and was excluded from Silva’s road trip after second thoughts, only to be found again being attacked by gypsies in Copiapó.

Interestingly, Silva expressed surprise at the reception of Jamie’s character as a prototypical “ugly American.” He indicated that he had not intended Jamie to be a stereotypical American traveler, though this is an impression that has come up again and again, both in comments from this audience and in the film’s reception across the United States. To him, it was Crystal Fairy who represented something authentically American with what he called her “tree-hugger” perspective.

In answer to an audience question about the lack of a sexual or romantic plot-line in the movie, Silva expounded upon the film’s other major character theme, that of innocence. That is, in a movie that centrally features not only drug use but Crystal’s surprising past, a powerful component of both Jamie and Crystal’s personalities is their underlying innocence as human beings.

It was these twin themes of compassion and innocence in two eccentric, traveling Americans that resonated with many in the audience, even as they stood in somewhat jarring juxtaposition to the worldly and dark themes that drive the narrative arc of the film.

Sebastián Silva is the award-winning Chilean director of “La Nana” (2009) and “Crystal Fairy” (2013), among other films. He spoke for the Center for Latin American Studies on February 19, 2014.

James Gerardo Lamb is a doctoral candidate in the Department of Sociology at UC Berkeley.