In Latin America’s past, subnational actors like mayors and governors rarely dared to disagree with the policy orientation of the national government because it was the national government that appointed them to their positions. As a result, when the policy pendulum swung back and forth between liberalism and statism over the course of the 20th century, one important element of continuity was the insignificance of subnational officials, who did not meaningfully influence the ideological debate over the market — even as this debate triggered frequent regime changes, extensive social mobilization, and in some cases, high levels of political violence. So long as the center reserved the right to appoint and dismiss subnational officials, these actors were largely sidelined from Latin America’s seemingly endless struggles over the market.

Since 2000, however, the introduction of new tiers of subnational government, along with the historic decision to allow voters to directly elect their subnational leaders, has begun to generate much more significant territorial friction, dissonance, and heterogeneity vis-à-vis the search for economic development. While the territorial dimensions of ideological conflict have become more pronounced in countries around the world, including in the so-called “Europe of the Regions,” incomplete processes of state formation have greatly enhanced the political salience of this growing phenomenon in Latin America. It is no coincidence that the most powerful subnational policy challenges in Latin America have emerged in three countries with some of the lowest levels of state capacity in the region: Bolivia, Ecuador, and Peru.

If subnational policy challenges have become more frequent in Latin America, what explains their success or failure? Based on the outcomes that I’ve documented over the past decade in Bolivia, Ecuador, and Peru, I emphasize the importance of three sets of causal factors: structural, institutional, and coalitional. First is the structural significance of the region over which particular subnational elected officials govern. The greater the importance to the national economy of the jurisdictions that elected them, the greater the leverage that mayors and governors can be expected to wield — a theoretical distinction that is especially important for their ability to successfully challenge the national policy regime. The second key factor is the level of institutional capacity that can be harnessed by elected subnational officials in order for them to act on their various policy challenges. Sitting atop capable administrative bodies is particularly germane for their ability to build and defend policy regimes that deviate from the center’s preferred model. The third factor, coalitional strength, matters because coalitions help make subnational officials look “bigger” in their policy conflicts with the center. In their typically bilateral interactions with ideologically hostile presidents, individual mayors and governors need to make it more difficult and more costly for the president to simply repress the challenges they pose. Coalitions help them do this, and they come in two different forms. To successfully defend deviant policy regimes, subnational officials need to form internal coalitions within their jurisdictions that bring together policy beneficiaries and civil society supporters. In contrast, external coalitions among mayors and governors that can transcend jurisdictional divisions are critical if they hope to scale up their protests and successfully challenge the content of the national policy regime.

As the least effective case of territorial resistance, Peru stands out for the remarkable depth and persistence of its neoliberal model, which has experienced no major modifications since its introduction by President Alberto Fujimori a quarter of a century ago. Centered on privatization, deregulation, and generous tax incentives for foreign investors, Peru’s neoliberal model has dramatically shrunk the scope for state intervention in the economy, heightened the country’s dependence on investments by transnational mining corporations, and produced one of Latin America’s fastest-growing economies. When economic liberalization in the early 1990s was followed by decentralization in the early 2000s, brand-new regional governments came into existence under the control of elected regional presidents, many on the left who won election on the basis of a variety of anti-market and non-neoliberal appeals. Regional presidents and municipal mayors have offered critical support for widespread protests against the dominant economic model, but none has been able to establish truly alternative subnational models that diverge from neoliberalism in meaningful ways. 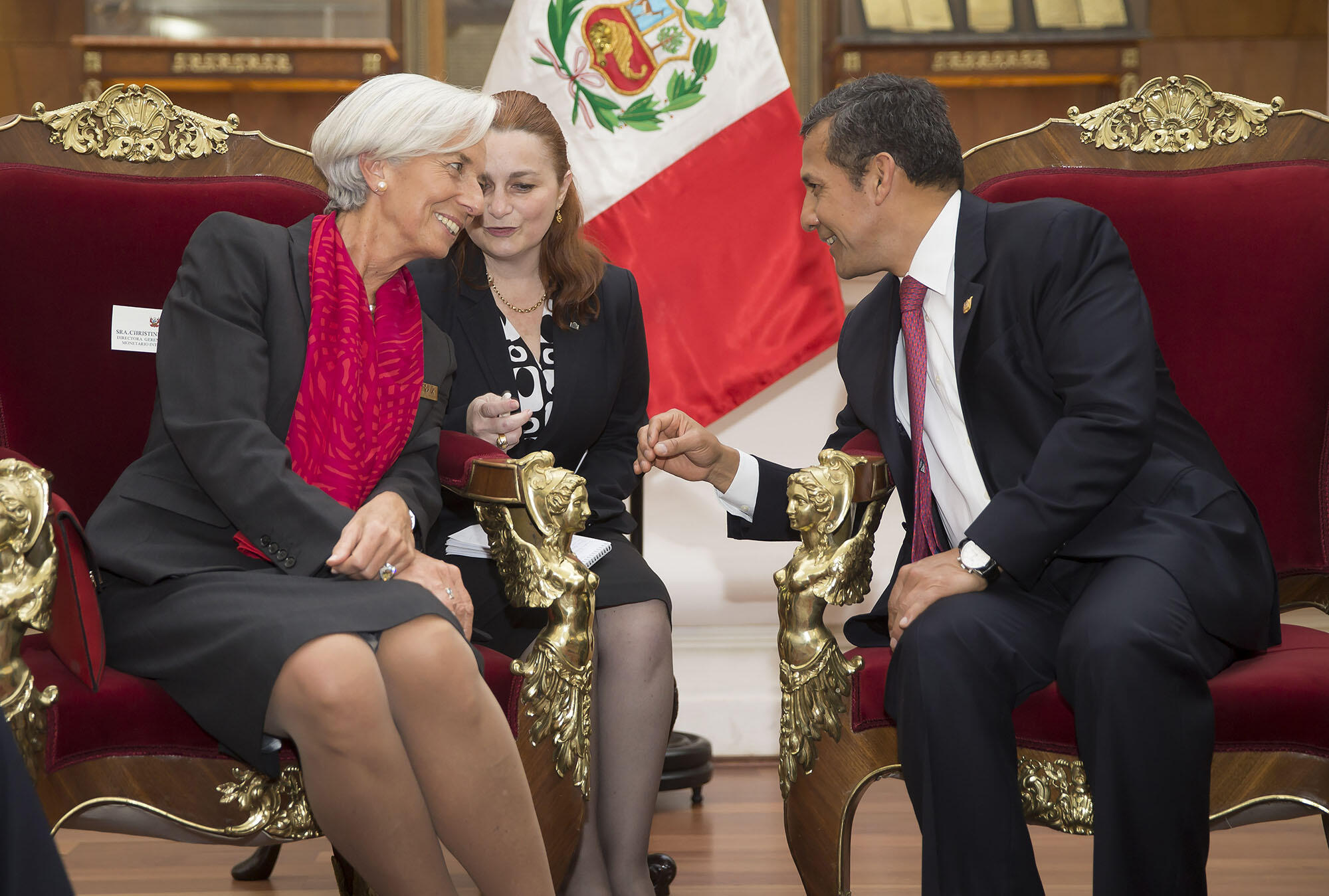 I argue that the absence of viable coalition partners and the presence of deep capacity deficits, which have been intentionally and unintentionally worsened by Peru’s national government, have kept regional presidents from successfully developing policy regimes that would deviate from the neoliberalism insisted upon by Lima. Nor have protests led by subnational officials resulted in the modification of the national policy regime. Structural constraints derived from the center’s ownership of subsoil resources, along with the atomization of regional presidents, have hindered this second type of policy challenge as well. Instead, the national government under Presidents Alan García (2006–2011) and Ollanta Humala (2011–2016) has responded to subnational policy challenges by “doubling down” on neoliberalism, adopting ever more draconian pro-market approaches that raise serious questions about the (political and environmental) sustainability of its neoliberal model in the medium to long term. Hence, though territorial resistance has been less effective in Peru than Ecuador or Bolivia, even here subnational policy challenges are still having an impact in the sense that they have pushed the center to adopt highly reactive, and often quite authoritarian, behavior in defense of the market.

Subnational policy challenges have been more consequential in Ecuador, where the left turn at the national level in the last decade threw into stark relief a neoliberal policy model in the country’s most populous and economically powerful municipality: Guayaquil. The roots of this model reach far back into the 19th century, when the city’s private sector took the lead in service provision by fashioning a series of sui generis local institutions under the control of commercial and financial elites. While the liberal model built by economic elites clashed with the populist mayors who governed Guayaquil from the 1950s through the 1980s, the right-wing mayors who have consistently governed the city since 1992 have successfully extended, deepened, and consolidated this neoliberal policy regime. Stung by the failure of his neoliberal project when president of Ecuador (1984–1988), León Febres Cordero initiated the neoliberal transformation of the municipal government in his two terms as mayor of Guayaquil (1992–2000), which his successor Jaime Nebot (2000–present) has sought to defend from the national government. Though the Correa government has chipped away at the city’s neoliberal policy regime, its core elements remain in place, along with the right’s continued electoral dominance in the municipality of Guayaquil. 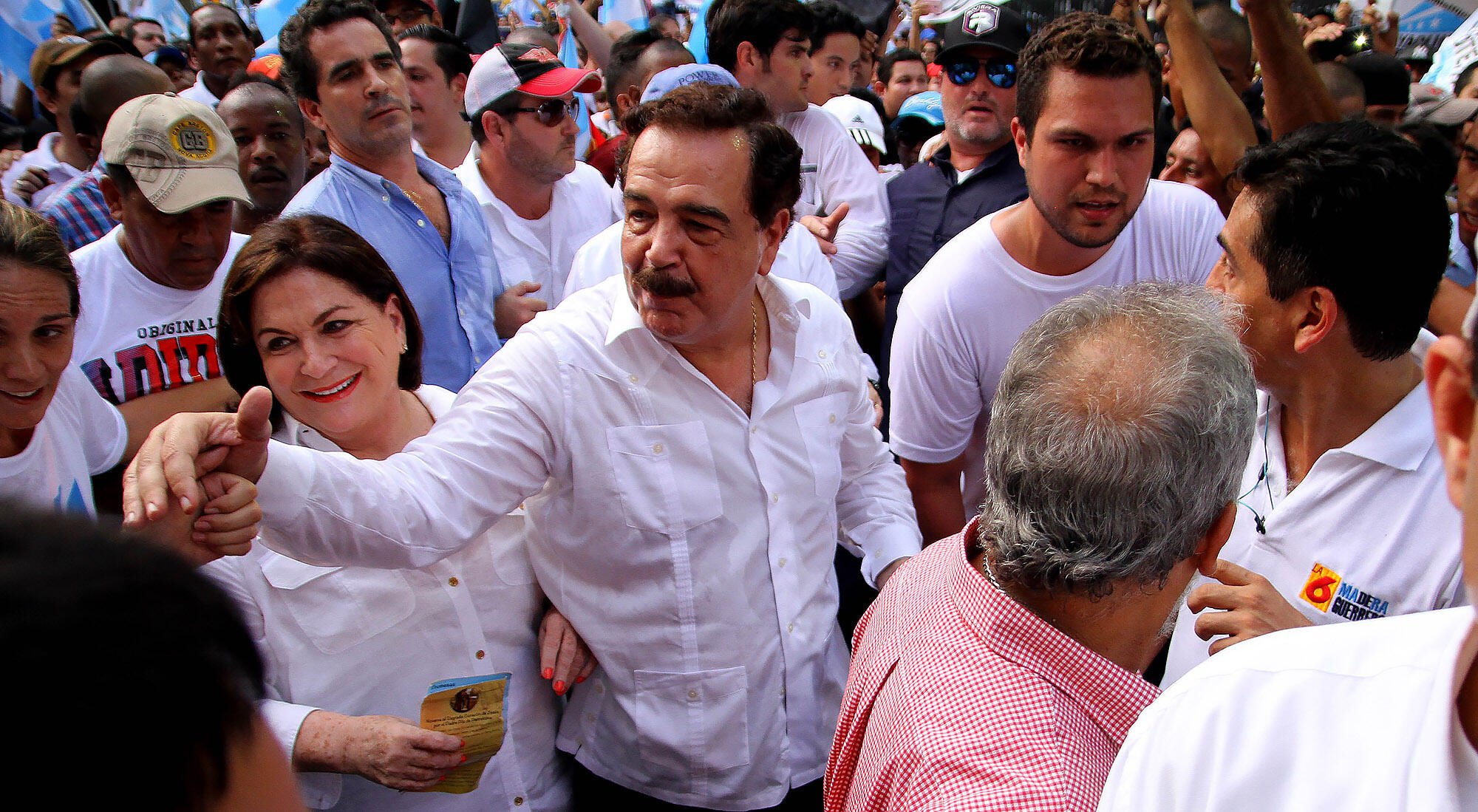 Advocates of neoliberalism in Guayaquil, however, have had little success moderating the state-centered policy regime that President Correa has designed and implemented since 2006 and through which he has sought to end Ecuador’s “long dark night of neoliberalism.” Thus, while high levels of institutional capacity and effective local coalitions have enabled the right-wing mayors of Guayaquil to defend that city’s unique liberal model from constant attacks by the president, Guayaquil’s waning structural power and isolation relative to other subnational spaces have limited its national leverage vis-à-vis the powerful Correa government.

Bolivia in the past decade has witnessed the most momentous subnational policy challenges in this set of countries, indeed in all of Latin America. As in Ecuador, the left turn at the national level in the last decade brought to power political actors who tried to construct a much more statist policy regime by reversing the neoliberal approaches of the 1980s and 1990s. This attempted transition at the national level contrasted sharply with the existence of a neoliberal policy regime in the department of Santa Cruz, whose capital now ranks as Bolivia’s largest and most economically dynamic city. 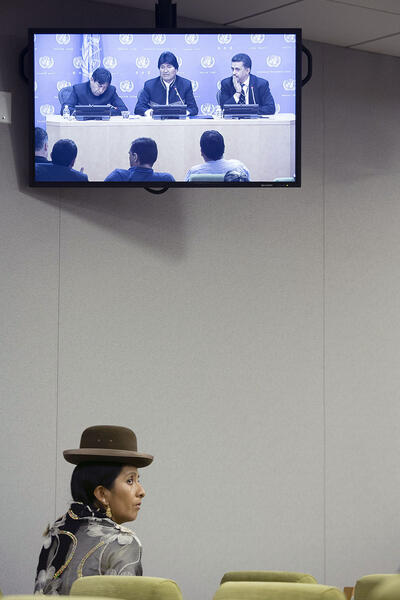 Beginning in the 1950s and in response to similar neglect of the central government that motivated their peers in Guayaquil, emerging private-sector actors in Santa Cruz took the lead in designing and financing a constellation of liberal institutions under the control of regional economic elites. While Santa Cruz’s subnational policy regime aligned neatly with the neoliberal policy regime in place at the national level from 1985 to 2005 in Bolivia, the collapse of the national party system and the rise to power since then of the Movimiento al Socialismo (Movement Toward Socialism, MAS) opened up a period of profound territorial conflict over development models, culminating in the 2008 sacking of national government institutions by President Evo Morales’s opponents in Santa Cruz. After several years of polarization, however, the president largely reconciled with the Santa Cruz opposition. Not only did Santa Cruz’s neoliberal policy regime survive the conflict with the president relatively unscathed, but its defenders also managed to exert real influence in forcing President Morales to walk back his initially much more radical proposals for a statist policy regime at the national level.

We seem to be at the dawn of a period of much greater complexity in the relationship between territorial and ideological conflict in Latin America. This juncture is due not just to decentralization, but to persistent weakness in the state’s control over national territory, along with the uneven impact of globalization on subnational regions. The increasing frequency of subnational policy challenges should generate not just attempts to explain why they succeed or fail, as I seek to do in the comparative research described above, but a larger debate about whether this phenomenon in Latin America is desirable or lamentable. For a number of reasons, greater territorial heterogeneity in the ongoing search for economic development may have positive impacts, including a reduction in the volatile policy swings that were so destabilizing in the past, an expansion in the scope of choice for voters, and the possibility that elected subnational officials can now pursue development models that elicit majority support subnationally but not nationally. On the other hand, negative consequences may also follow from this shift toward greater territorial heterogeneity, which raises transaction costs for economic actors, creates confused policy environments, and triggers what appear to be chronic and sometimes violent conflicts over the market between mayors, governors, and presidents. The similarities and differences between Santa Cruz and Guayaquil as spaces of subnational neoliberalism are particularly intriguing. Like their peers in Guayaquil, economic and political elites in Santa Cruz invested over time in the creation of a series of distinctly liberal local institutions and then built a broad local coalition to defend those institutions and the liberal policy regime they sustained. Unlike their peers in Ecuador, however, the cruceño elites were also able to force the national government to substantially moderate its initially heavily statist orientation — an outcome that resulted from their ability to build a still broader coalition with opposition governors in other eastern departments, as well as from Santa Cruz’s significant structural leverage as a critical producer of foodstuffs. Policy alignment in Bolivia between national and subnational levels has taken place in a mostly liberal direction.

Kent Eaton is a professor in the Politics Department at the University of California, Santa Cruz. His new book, Territory and Ideology in Latin America: Policy Conflicts between National and Subnational Governments, will be published by Oxford University Press later in 2017. He spoke for CLAS on February 22, 2016.