GUATEMALA: Bending the Arc of History 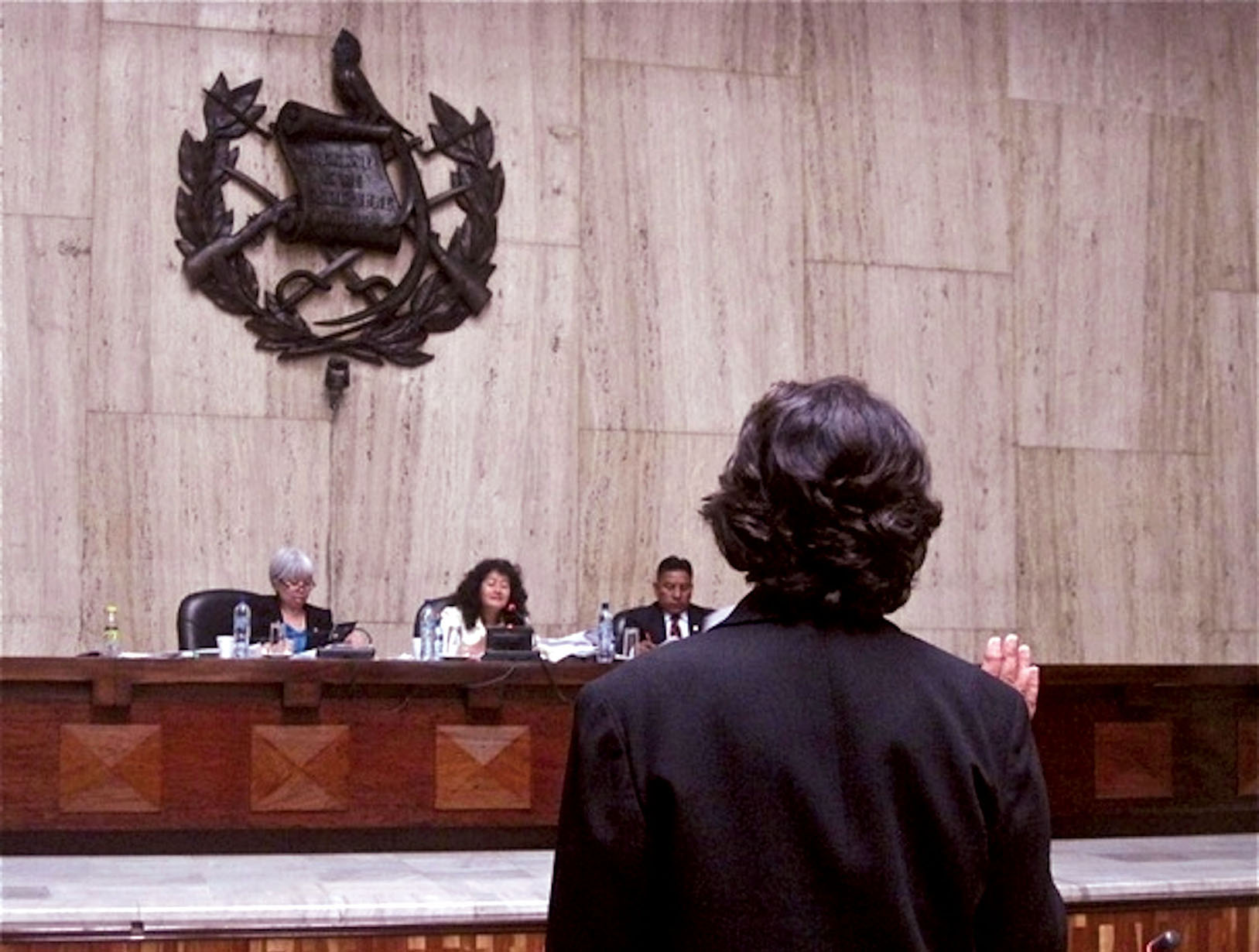 It has been said that in Guatemala, ethnic cleansing was practiced on a scale beyond even that of Bosnia, and yet it has been kept hidden — until today. What took place in Guatemala was a frightening and ghastly system of state terrorism — the most gruesome human slaughter in Latin America’s violent cold-war period.

General Efraín Ríos Montt came to power in Guatemala through a coup in March 1982 and was deposed by another coup in October 1983, 17 blood-drenched months later. The most heinous state-sponsored violence of Guatemala’s civil-war era took place during the brief period he was in power. While President Reagan famously said in December 1982 that the dictator was receiving a “bum rap” and was “a man of great personal integrity and commitment,” for Guatemalans those months were a living nightmare from which many would never awaken. The elites and military eagerly tapped a willing United States for economic, military, and political support, even while it was known that atrocities were being committed against the defenseless civilian population.

The scale of the carnage is difficult to comprehend. The onslaught led to over 600 massacres, left over 10,000 people dead, displaced 1.5 million people from the countryside, and drove more than 150,000 refugees into Mexico. This trauma occurred in a country of seven million people. All told, an estimated 200,000 Guatemalans were killed over three decades of escalating conflict, 45,000 of whom simply “disappeared.” Tens of thousands of children were left orphans by the slaughter. 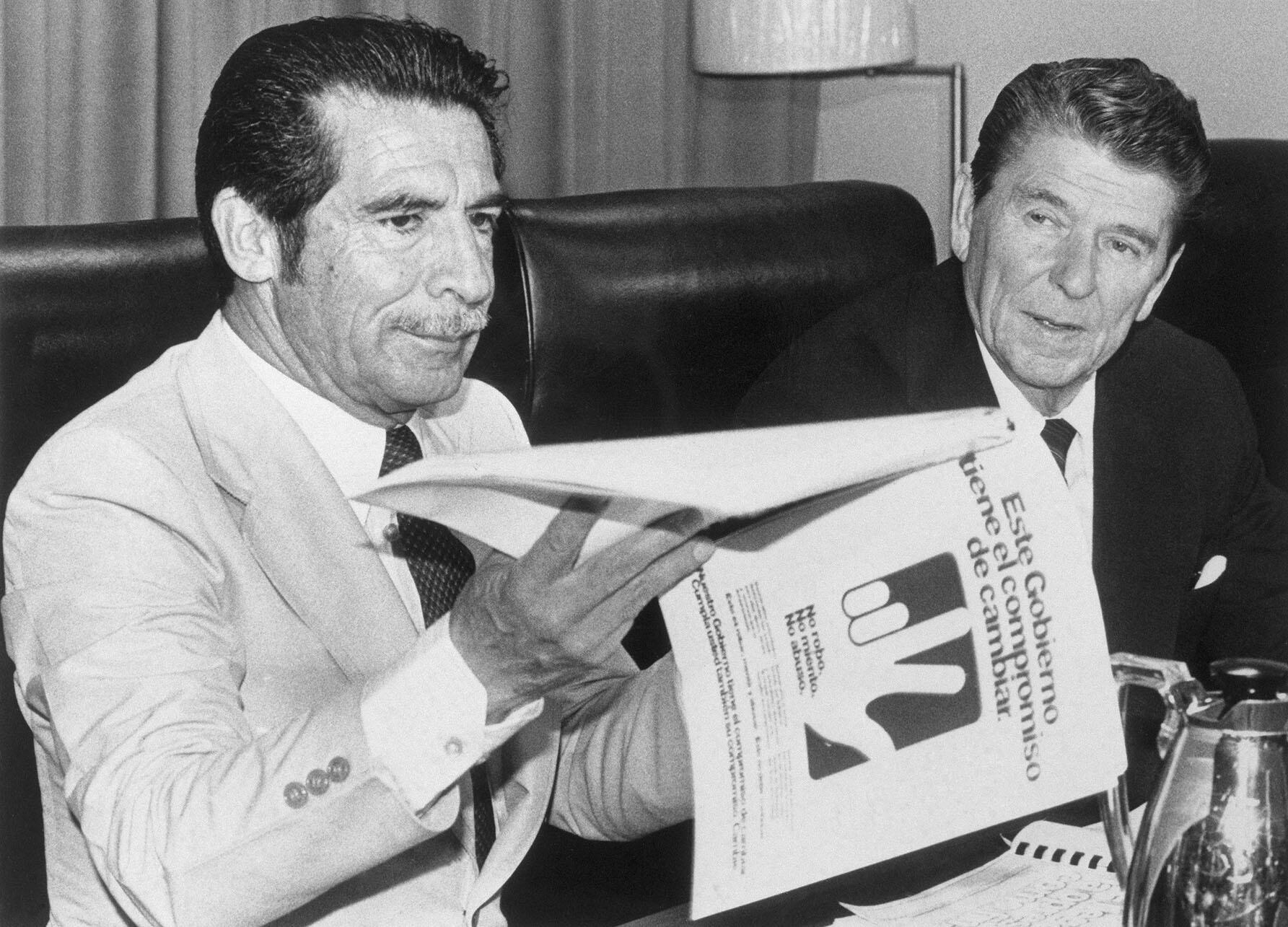 Now, the former head of state and all-powerful commander of the armed forces stands convicted of genocide and crimes against humanity in a historic verdict of global significance. “We are completely convinced of the intent to destroy the Ixil ethnic group,” Judge Jazmín Barrios told a packed courtroom as she summarized the guilty verdict rendered by the three-judge panel. “We consider that the accused, José Efraín Ríos Montt, had full knowledge of what was happening and did nothing to stop it, despite having the knowledge of the events and the power and the capacity to do so.” Judge Barrios and her two colleagues as well as Claudia Paz y Paz, Guatemala’s Attorney General, and her team, exhibited singular courage both in bringing the initial charges and skillfully conducting the trial during turbulent proceedings in a country where an aggressive and self-righteous elite and military still demand and expect to call the shots and forcefully insist on compliance. They did not get that this time, not from this court, and that may have changed the country forever.

Aryeh Neier, the founding executive director of Human Rights Watch and for many years the president of the Open Society Foundation, called the trial an “extraordinary development, having immense significance for human rights globally.” More than 100 people testified for the prosecution, including the relatives of ravaged Ixil families, some of whom are themselves permanently scarred by the criminal acts committed by the military. In addition, a number of key experts from Guatemala, the United States, and elsewhere presented crucial written testimonies providing searing insights and analysis into what had taken place.

It was an honor to have been asked to testify in the trial as an eyewitness on April 8, 2013. My first-hand testimony covered my documentation of events during that period from deep in the Lacandón Rainforest of Chiapas, Mexico, and from the Ixil area high in the mountains of Guatemala. I was one of the very few anthropologists — perhaps even the only one — who continued going to the area during the most intense period of war. I did this because I felt that these horrific crimes needed to be documented for a broader audience. A number of acquaintances, and a few friends, were targeted and killed in the widespread slaughter. In the aftermath of that terror, my friend and colleague Myrna Mack was assassinated almost a decade later on September 11, 1990.

Human rights colleagues have told me that this involvement might be the first time a social anthropologist has testified in a genocide trial. “For you, as an anthropologist, this must be reaching the apex,” several people told me. The distinction I would make is that testifying was a moral apex rather than the capstone of a professional career. For me, the experience of testifying was not an act apart from anthropology but rather a central part of the responsibility of being an anthropologist.

My experience in Guatemala during this period underscored a unique dimension of social anthropology. It is a discipline that allows us to interview, document, record, reflect, analyze, and above all, observe deeply through participation. It is an approach that allows us to stay in a community, to live among the people, to be engaged, and to experience part of their lives. We experience their joys as well as their pains, their aspirations along with their defeats.

But with that deep immersion comes deep responsibility. We chronicle the lives of people, but we also should be willing to speak out accurately and forcefully when necessary. In a very real way, it is not simply our responsibility, it is truly a moral obligation and a requirement to speak out, to inform. Guatemalan anthropologists Ricardo Falla and Myrna Mack called it “antropología comprometida” (committed anthropology).

I first went to Guatemala in 1973 as a graduate student for what I thought would be a summer of research. That summer somehow turned into a lifetime of involvement. On that remarkable trip, I went deep into the dense rainforest called the Ixcán — virtually impenetrable in those years — to see the founding of a village, Santa María Tzejá. I was there for the first arduous steps that those courageous pioneers took to settle a new place, a place they referred to as paradise, as the Garden of Eden.

These determined, confident K’iche’ Maya visionaries embodied the hopes and dreams of those who would follow. They were willing to face uncertainty, exhausting work, and sickness to clear the thick rainforest and establish their own place, their new stable community.

They said they were able to do it because, in their words, they had a “consciousness of community.” They had formed a cooperative; they were united; they were resolute and filled with confidence. They wanted to be liberated from the dreaded seasonal labor migrations to the plantations and the unbearable impoverishment; liberated from the historic exclusion, contempt, repression, exploitation, and anguish; liberated from scraping a meager existence from the ever-diminishing land — liberated from the past they loathed. Though the challenges were extreme and daunting, they had no doubt that they would succeed in their new community. And they did.

Little did I expect then, as I stayed in that optimistic, emergent village in 1973, that within a decade, the village they had called paradise would be reduced to ashes, many of its people massacred, and the rest fleeing to hide in the jungle and mountains for months and even years, fleeing their own country for refuge in Mexico. Everything, the animals, the corn, every possible source of sustenance, was destroyed. If they wanted to run away from the army, they would have to starve to death.

Even less did I imagine that, 40 years later, I would be facing the architect of that unspeakable atrocity, General Efraín Ríos Montt, as I testified in a Guatemala City courtroom on April 8, 2013.

The prosecution wanted to introduce some of my photographs of that period as evidence, but they were not allowed to do so due to legal procedural issues. [Some of these photos follow this article.]

Guatemala is a country that has historically preferred amnesia when it comes to injustice. Those in power have tried to suppress inconvenient memory at all costs and to label any efforts to unveil historical memory as an affront to the centuries-old status quo.

Ultimately incalculable credit goes to the 90 brave Ixiles who testified and the many experts — from forensic anthropologists to authorities on military command doctrine — who confronted the regime’s crimes. This trial is a transcendent milestone internationally as well as for Guatemala. It signals to the world that war criminals can be prosecuted in their own country, which is always preferable. For Guatemalans, the trial signals that crimes will not go unpunished, no matter who commits them, and that the country now has the capacity to fulfill the rule of law. The surviving victims have had a moment to speak, to reveal their heartfelt experiences, and to confront their persecutors.

After the verdict was read, 12 police officers escorted General Ríos Montt out of the tumultuous courtroom and into a prison cell, past his victims and the relatives of survivors. This humiliating exit was seen by people in Guatemala and throughout the world. While the verdict will likely be challenged and true justice may be impossible given the enormity of the crimes that Ríos Montt committed, at least the veil of impunity has been lifted.

“We still have a long way to go,” said Edwin Canil, an attorney who helped build the case against the general. As a young boy, Edwin was the sole survivor of the 1982 massacre in Santa María Tzejá, the same village where my own Guatemalan journey began so many years ago.

Beatriz Manz is a professor of Geography and Ethnic Studies at UC Berkeley and the author of Refugees of a Hidden War and Paradise in Ashes. She testified in the Ríos Montt trial on April 8, 2013. This article is based on a Keynote Banquet address she gave at the Southwestern Anthropological Association’s annual meeting in San Jose, California, on April 20, 2013. 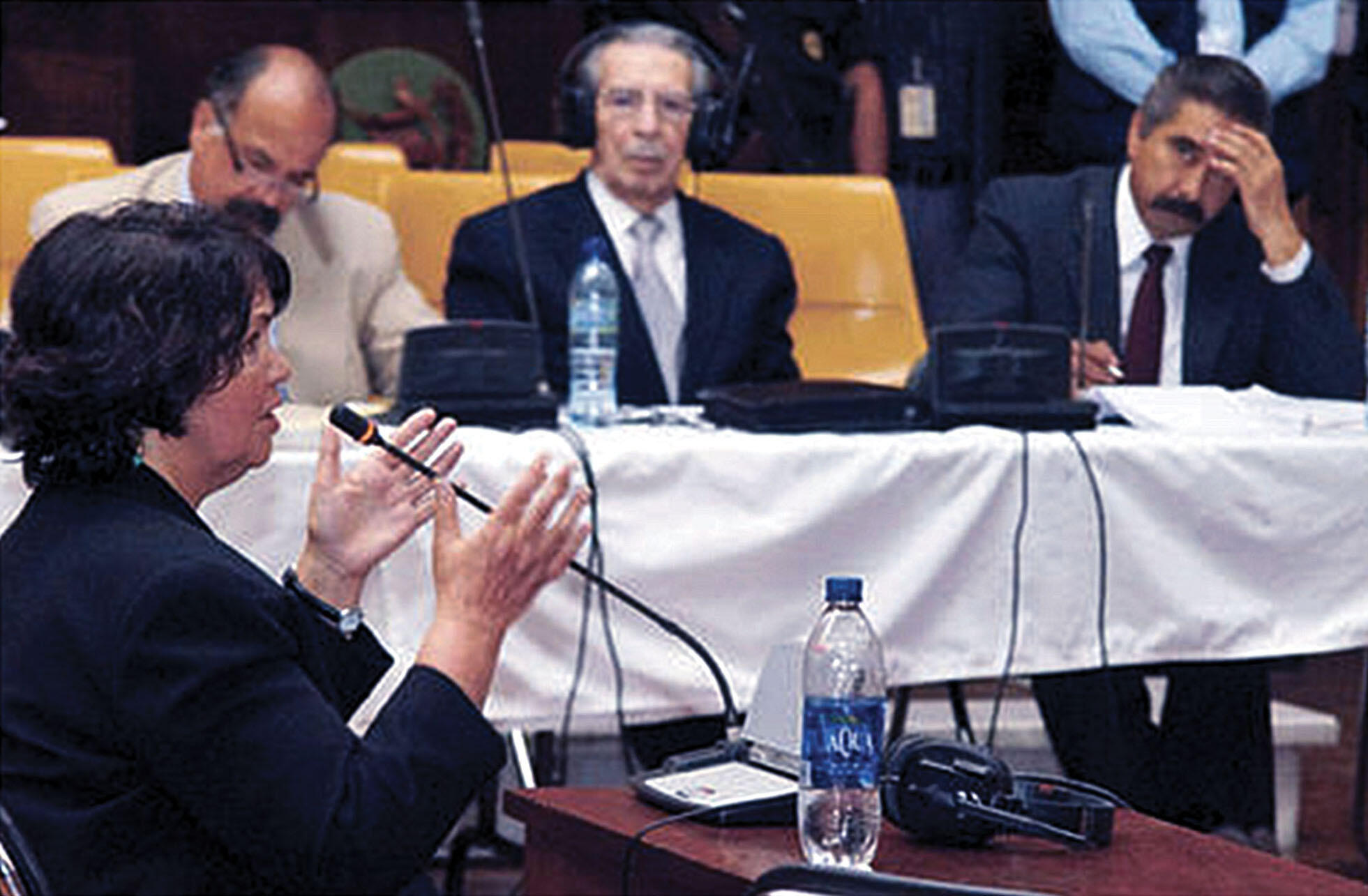 From the Berkeley Review of Latin American Studies, Spring 2013