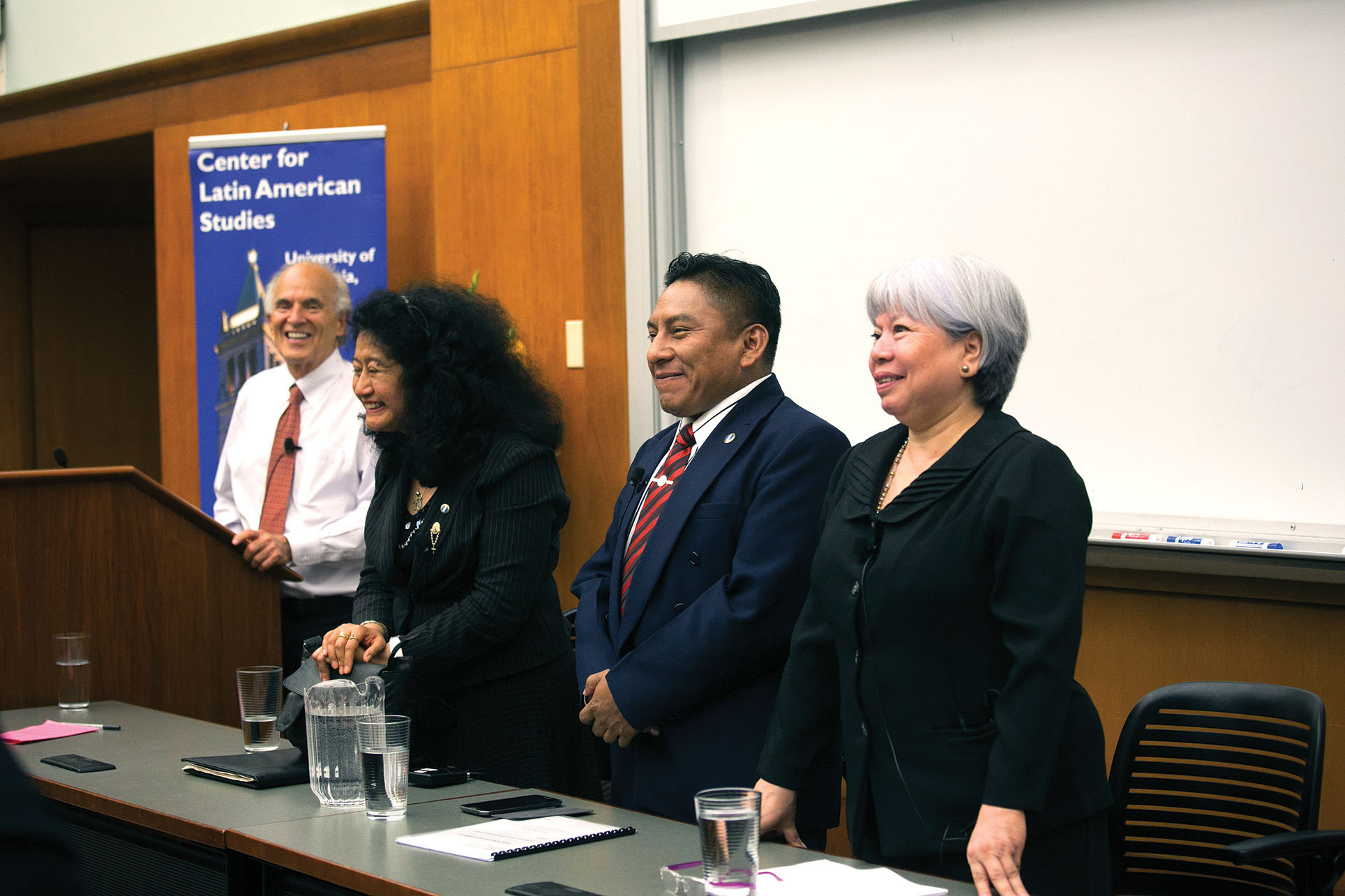 It was a tense moment in the packed Guatemalan national courthouse. But despite the crackle of anticipation in the air, the president of the court, Judge Yassmin Barrios, was calm as she read the court’s final statement. She and her fellow judges, Patricia Bustamante and Pablo Xitumul, found the 87-year-old former general and head-of-state, José Efraín Ríos Montt, guilty of genocide and crimes against humanity for his treatment of the Ixil Mayan indigenous population. The May 10, 2013, verdict was 30 years in coming. During his rule, which lasted from March 1982 to August 1983, the general had overseen horrendous acts, the worst atrocities of the Guatemalan Civil War. The genocide trial focused on the 1,771 Ixil Maya killed during his presidency, and the witness testimonies were gut-wrenching. “Soldiers ripped out their hearts, piled them into a house, and set it ablaze,” recalled one survivor.

The eyes of the world were on Judge Barrios and her colleagues as she uttered the words: “We, the judges, consider that the accused, José Efraín Ríos Montt, had knowledge of everything that was happening and did not stop it, despite having the power to prevent these acts.” Then, taking off her glasses and looking up from her script to the courtroom, Barrios added, “We truly believe that in order for peace to exist in Guatemala, justice must come first.”

Moments later, Barrios handed down a sentence of 80 years in prison to the aging former dictator. A deafening applause rang out. The judge straightened and briefly closed her eyes before looking out again across the courtroom at the hundreds of observers, on their feet, cheering ecstatically.

The news of the verdict spread instantly throughout the world. It was a truly historic moment for a country that had seen its justice system both corrupted and placed under extreme coercive pressures. And it was an historic moment for the world in that, for the first time in history, a former head-of-state, a dictator, was charged and convicted of genocide in his own country.

But many politicians from Guatemala’s Conservative Party decried the ruling. Otto Pérez Molina, the country’s current president and a former general under Ríos Montt, issued a written statement soon after the trial began, claiming that proceeding with the trial would only serve to disturb the country’s hard-won peace. Indeed, the ruling was annulled by Guatemala’s highest court just 10 days after the judges’ historic decision, under what many see as questionable circumstances. A retrial has been set for January 2015, in which a different set of judges will once again review testimony and evidence against the former general. 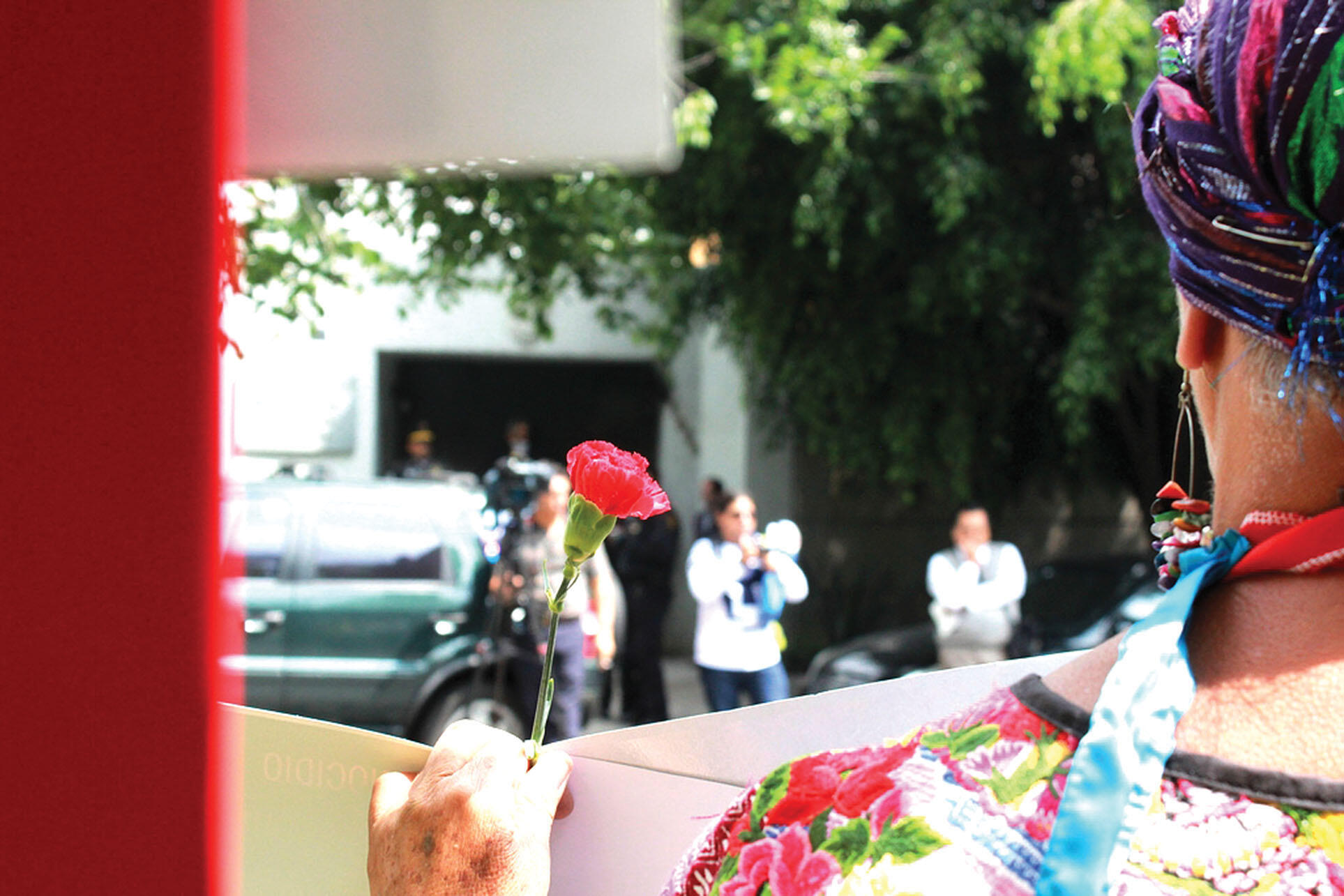 But the precedent has been set, and the people of Guatemala have renewed hope and determination in seeking justice for their country.

Recently, the three judges spoke about the trial, for the first time in the United States, at an event hosted by UC Berkeley’s Center for Latin American Studies and the Berkeley Law School. As the three entered the packed auditorium, the entire audience rose to deliver an extended standing ovation in recognition of the judges’ achievement. “We only sometimes remember to celebrate great feats of courage and great feats of stamina,” said acting dean of Berkeley Law, Professor Gillian Lester. “It’s fitting that we’re hosting this event here, in a law school classroom… It’s here, as law students, that future lawyers first learn that learning the rules is not the same thing as learning about justice.”

Over the next hour, the judges spoke of the challenges they faced struggling for justice in a country where, in years past, lawmakers often ignored victims of political conflict.

The year 1960 was the beginning of a civil war in Guatemala that spanned more than three decades. In March 1982, Ríos Montt led a successful coup against the government and proceeded to rule the country ruthlessly for 17 brutal months. It was during his administration that the most egregious attacks occurred against the Ixil. Villages were bombed. Men, women, and children were killed indiscriminately. “They considered the Mayan communities to be subversive, enemies, and they needed to be destroyed,” Barrios said. “Being Ixil meant you would be criminalized, and it became like a death sentence for them.”
Thirty years later, many Guatemalans rejoiced to see the dreaded dictator put on trial. From March to May, the court presided over the testimonies of expert researchers and more than 100 Ixil witnesses. But Ríos Montt’s bank of lawyers also put up a strong resistance, seeking to disrupt the proceedings, according to the judges.

Little has been made of the extraordinary struggle that the judges faced. The threats against them intensified as the trial progressed, adding to the challenges already facing their security detail. In addition, the Ríos Montt defense team continuously sought to disrupt the trial. Every day, they lodged a complaint, giving the judges 24 hours to respond. This meant that, after a long day of intense deliberations, the three would return to the courthouse to spend more hours responding to the complaint. “It was an effort to wear us down,” Judge Barrios said. At one point, the defense team stormed out of the courtroom, saying it was not within the court’s jurisdiction to try Ríos Montt. But the judges were undeterred and, days later, compelled the defense team to return. In the end, a verdict was handed down that reverberated across the country and throughout Latin America and the world. It was against these enormous odds — and in the face of failed genocide trials worldwide — that the judges brought their country one critical step closer to realizing justice.

In the halls of Berkeley Law, the judges appeared calm and collected. They were resolute in their continuing belief in the lawfulness of their verdict, despite efforts by Ríos Montt’s supporters to delegitimize their decision. 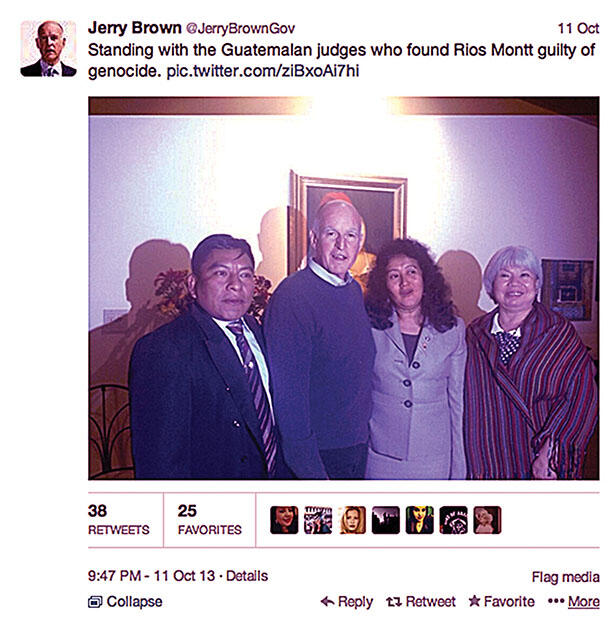 The invitation to Berkeley, in many ways, held a resonance for the judges. The universities in their own country had not yet extended the same invitation, despite the enormous significance of the trial. Indeed, the political risk of hosting the judges remains high in Guatemala. Pressure from the Conservative Party, led by many individuals formerly involved in the Ríos Montt dictatorship, has intimidated some who would have otherwise supported the judges. While they received international acclaim throughout the trial, the judges often had to tread carefully to avoid accusations of judicial bias at home. Yet, they remained unyielding in their resolve, saying the trial restored faith in justice.

“It’s a precedent for all of Latin America and, I dare say, not just for Latin America but for the entire world,” Barrios said in closing. “As citizens of the world, when a population is harmed, when they do not respect children and the elderly of a civilian population, then all citizens of the world need to engage to help bring justice.” The entire audience rose again in yet another standing ovation.

The following day, the judges visited a class on “The Southern Border,” taught by Professor Harley Shaiken. “Anyone familiar with what took place in the early ’80s would never have imagined,” Shaiken said in his introduction, “that Ríos Montt would be in front of that court.”

He opened the class by mentioning others who, in the past, had spoken out and consequently made history. He talked about Rosa Parks, who, by refusing to give up her seat to a white person on a crowded bus in the southern United States on December 1, 1955, made a courageous stand against segregation. In 1988, Ricardo Lagos spoke out against the Pinochet regime on national television, breaking 15 years of silence under the dictator’s rule and changing the course of Chilean history. And finally, Shaiken referenced the young Chinese man who stood in front of the tanks near Tiananmen Square on June 5, 1989, stopping them for a moment. “What might it be to talk to them four or five months after the fact?” Shaiken asked. He then invited the jurists to the stage.

The atmosphere in the 400-person class was one of expectancy as the judges settled into their chairs. For the next hour, students were able to ask the judges about their experience. Some, no doubt wondering about their own futures, asked them everything from how they had decided to become judges to what it felt like to be responsible for such an historic moment. To the latter question, Bustamante responded, “To administer justice is to give to each person what belongs to them. We simply fulfilled our responsibility. We feel at peace.”

Shaiken concluded the class saying, “In your courtroom, as three judges, you exhibited exceptional skill, commitment to the law, a real empathy for human values and human beings. We are well aware that in this process, there were very dark nights and very cold moments. You saw it through, and you have changed the world.”

Yassmin Barrios, Patricia Bustamante, and Pablo Xitumul are the Guatemalan judges who presided during the Ríos Montt trial. They spoke for the Berkeley Law School and CLAS on October 7, 2013.

Steve Fisher is the Univision News Fellow at the Center for Latin American Studies and a student at the UC Berkeley Graduate School of Journalism. 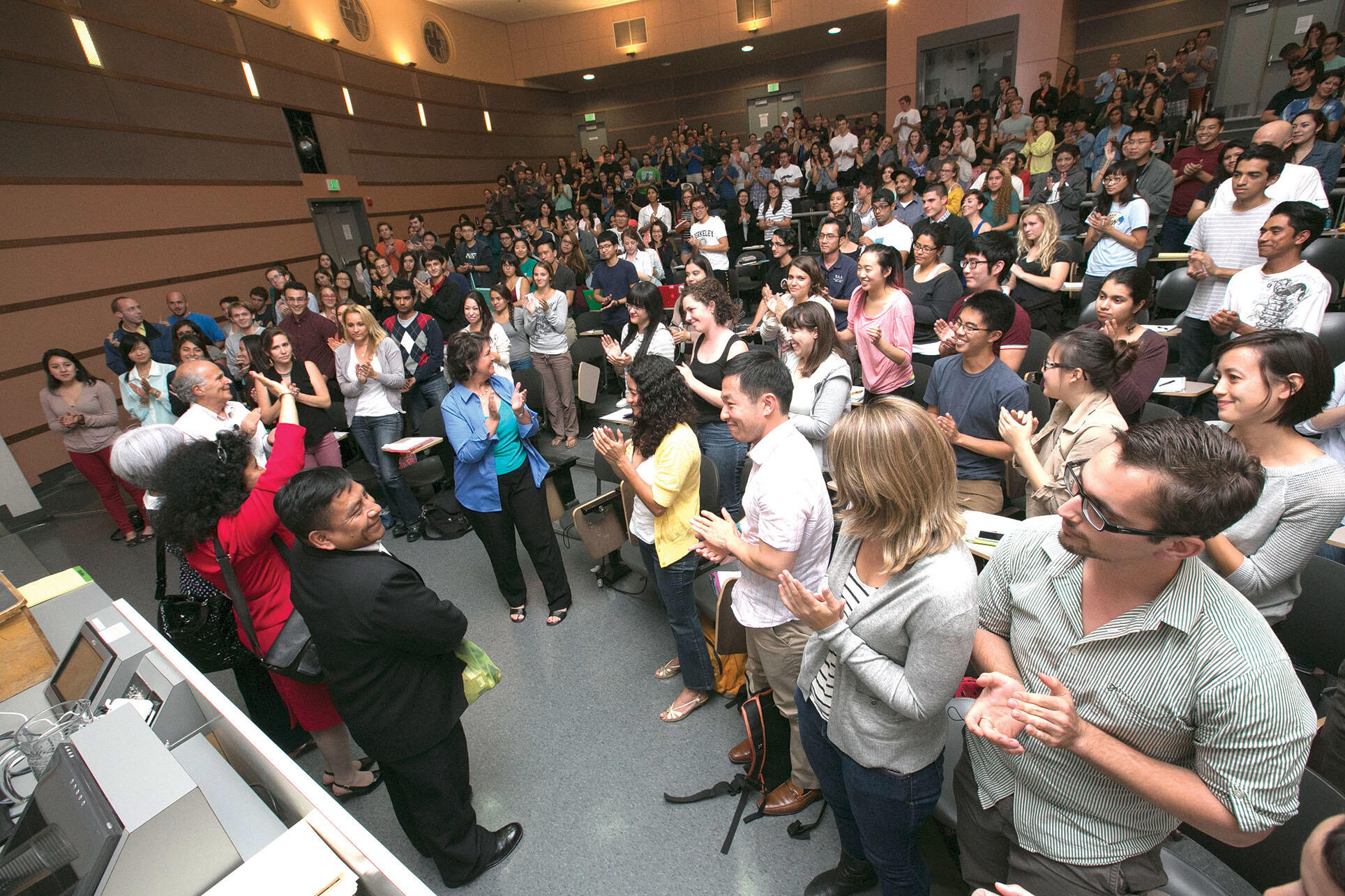