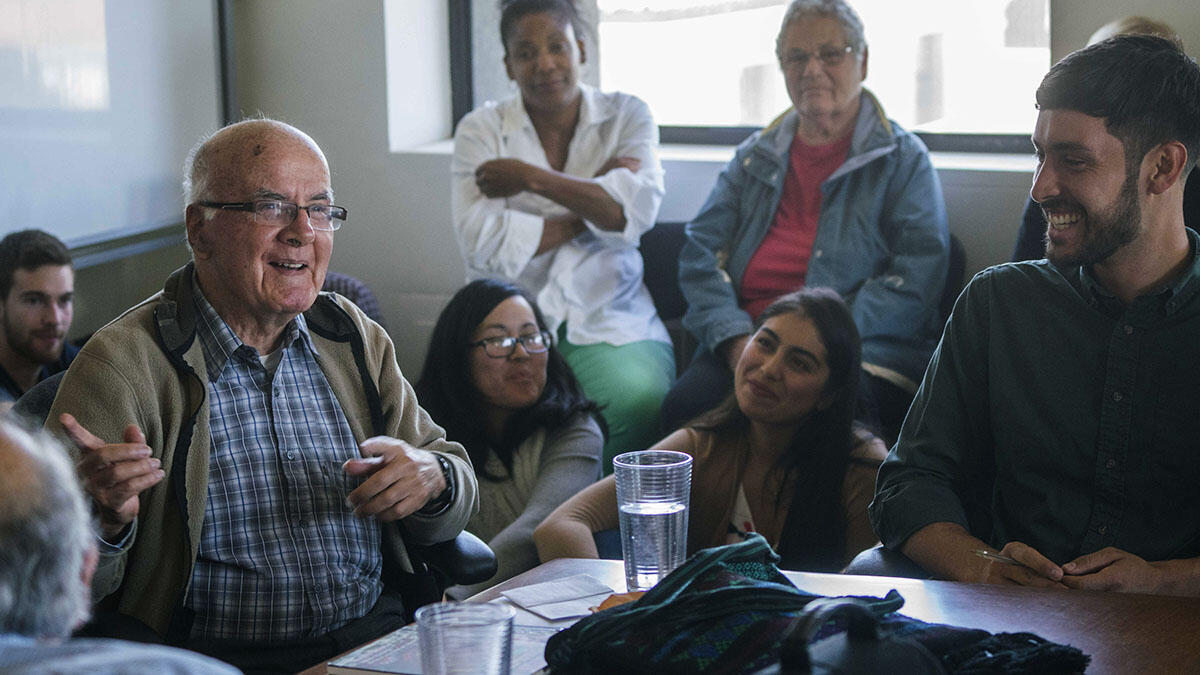 Ricardo Falla, who has dedicated his life to documenting the lives and cultures of the K'iche' Maya in Guatemala and other indigenous peoples throughout Central America, speaks on immigration and the effects of migratory patterns on Guatemalan communities

Ricardo Falla is a Guatemalan Jesuit priest and anthropologist, who focuses on justice and human rights for indigenous peoples. He lived and accompanied the indigenous people of Guatemala during the internal war of the 1980s, spending many years in the Ixcan rainforest with "communities of population in resistance."   This experience resulted in several publications including Masacre de la Finca San Francisco, Huehuetenango (1983), Massacres in the Jungle -- with a forward and epilogue by Beatriz Manz (1994), and Historia de un Gran Amor (1995). Falla’s most recent published work, Migración Trasnacional Retornada: Juventud indígena de Zacualpa, Guatemala (2008), explores youth migrations to the United States with a focus on identity among those who returned to Guatemala. He lives in Santa María Chiquimula, Totonicapán, Guatemala.

Co-sponsored with the Native American Studies Program of the Department of Ethnic Studies, UC Berkeley.