Download the PDF for this article · More from this event 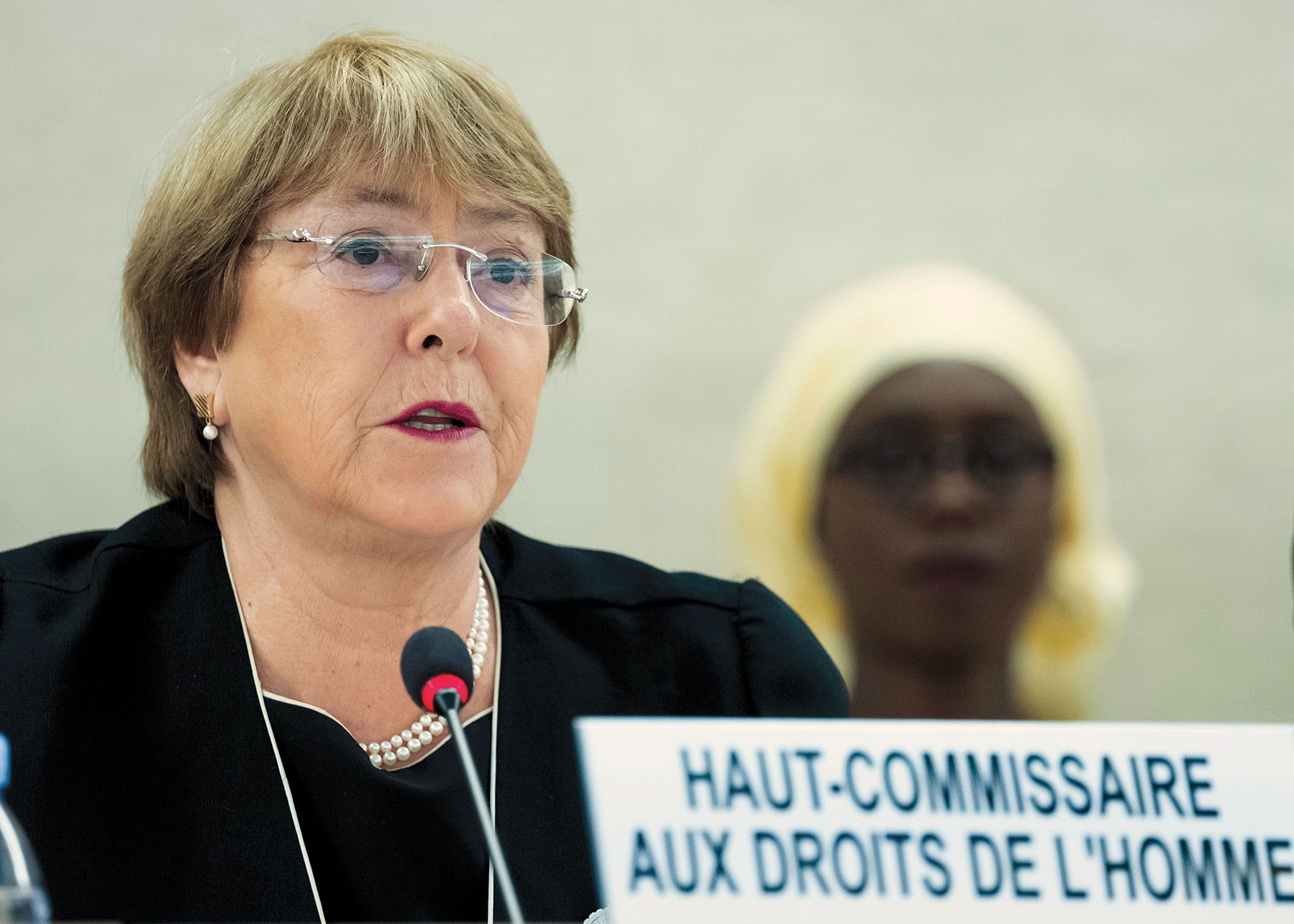 In April 2019, I was fortunate to be part of a small group in attendance when United Nations Human Rights Commissioner Michelle Bachelet engaged in a conversation with Professor Harley Shaiken at UC Berkeley’s Center for Latin American Studies. As I’m sure most readers know, Commissioner Bachelet has had an impressive career. Growing up a “military brat,” as we say here in the United States, Bachelet lived in many regions of Chile and even spent two years in Bethesda, Maryland, where her father, a general in the Chilean Air Force, served at the Chilean Embassy in Washington, D.C.

Bachelet lost her father in 1974, after months of torture following General Pinochet’s take-over of the Chilean government. She and her mother also suffered torture when they were detained as political prisoners. While these experiences, at least superficially, do not seem to presage her subsequent accomplishments, Bachelet went on to pursue a career in medicine and public health. As if that were not enough, she pursued later studies focused on civil-military relations and then ran for the presidency of Chile. She won, not once, but twice, serving as the President of Chile in 2006-2010 and then again in 2014-2018.

As I listened to Bachelet describe her activities over the past 18 months — traveling, meeting with leaders of various countries and human rights advocates around the globe, investigating human rights abuses across the planet — I was exhausted. She had already had such a full career, serving as Chile’s Minister for Health and the Minister for Public Defense before becoming President of Chile, how did she find the energy to take on this difficult job? More importantly, why would she tackle such a demanding and challenging position as UN High Commissioner for Human Rights? Having served in the Clinton White House, I was keenly aware of how challenging and exhausting it is to be a country’s leader—the responsibilities and duties, the unpredictable nature of disasters (both natural and man-made), the demands of the public, of the media, of your family. I had to ask the question: with everything she had experienced, her long years of public service, why did she take on this difficult job, why didn’t she sit back and enjoy the peace she had certainly earned?

Her comments in response serve as an inspiration. They are worth keeping in mind, especially now when so many of us here in the United States are exhausted by an administration that conducts public and foreign policy by tweet, where allies across the planet are not sure whether our country can be relied upon to honor its commitments, and finally, where the rules for governing and respect for institutions are broken almost every day. In such trying times, many of us — and I include myself — wonder what we can do, what should we do. As Bachelet explained her decision to take on such a demanding role, I realized that her perspective helped me to think about what to do in response to the challenges in our own country.

Bachelet acknowledged that she did not say yes immediately when UN Secretary-General Guterres asked her to consider taking on the High Commissioner role. Yet, as they continued conversing, he stressed that as a former political prisoner, she would be able to speak with a moral clarity to those around the world who violate the human rights of their citizens. Moreover, she had specific skills derived from running a country, dealing with opposing factions as she tried to address the needs of Chile’s citizens. Honed over many years, those political skills are unmatchable assets that should not be put on a shelf, as much as one might want to do so in order to enjoy family and grandchildren. In truth, what Bachelet conveyed was that when one has been blessed with the skills and experiences that are needed in a new role, it would be selfish to not serve if one is needed.

Hearing her thoughts and perspectives helped me realize that each of us can contribute to improving our world by focusing on our strengths and skills and identifying where we can best contribute. If Michelle Bachelet — who by all accounts had served her country well and honorably and could look forward to a gentler and more peaceful existence — if she could find the energy and stamina to continue to serve the greater public interest, then none of us should give in to cynicism and hopelessness regarding the state of our country or the world.

In my case, I will continue to work on issues that can increase social and economic mobility and promote racial equity domestically. As I travel the country, I meet others who continue to try to improve their communities and schools, address poverty and inequality, reform our criminal justice system, address climate change, and work toward environmental justice — the list goes on. There’s no lack of work for any of us. So long as there are leaders like UN High Commissioner for Human Rights Michelle Bachelet who can inspire us through the lives they lead, I will continue to be hopeful for the future.

Maria Echaveste is a Senior Scholar at the Center for Latin American Studies and President of the Opportunity Institute at UC Berkeley. A long-time community leader and noted public policy consultant, Echaveste served as Assistant to the President and Deputy Chief of Staff to President Bill Clinton from 1998 to 2001. 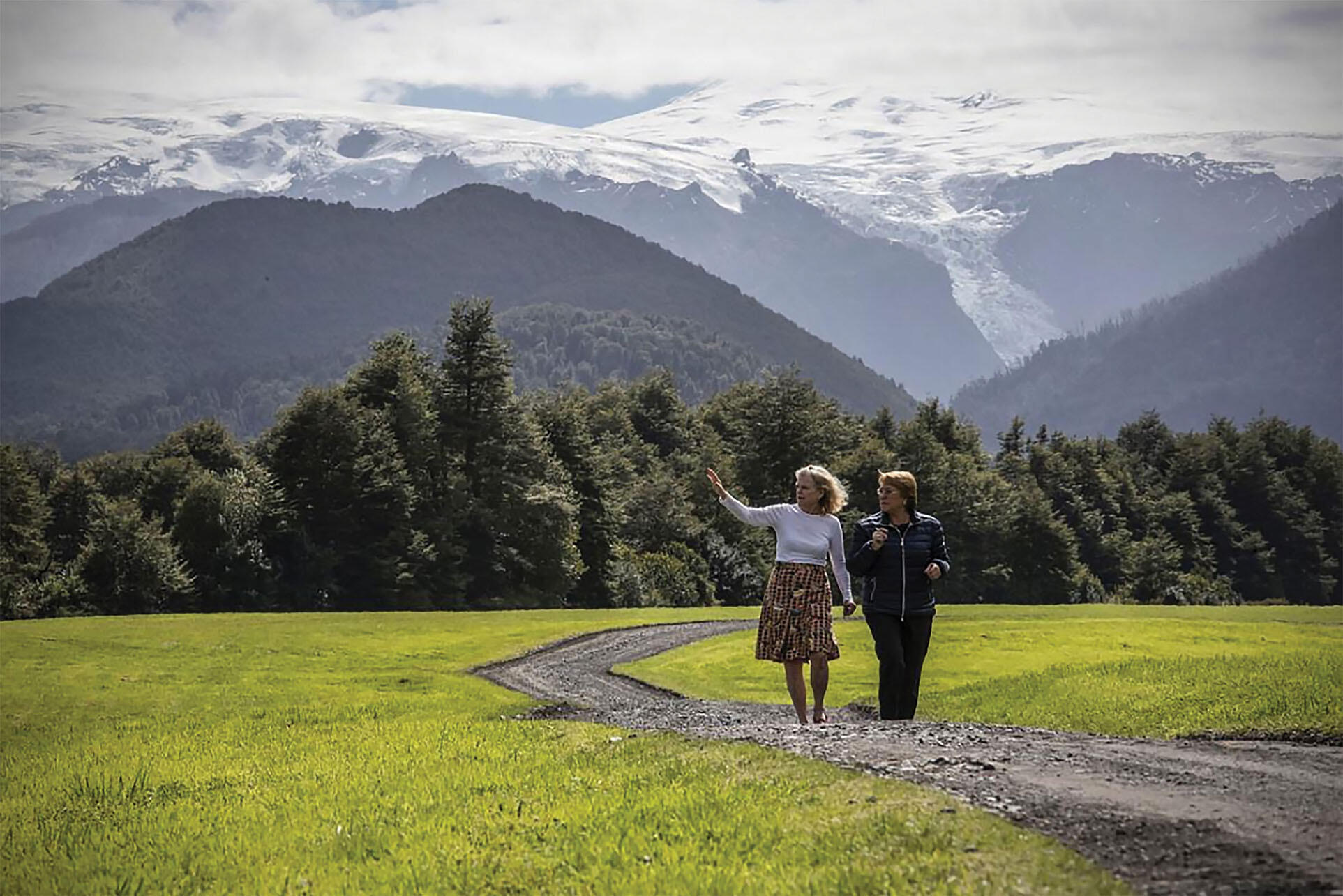