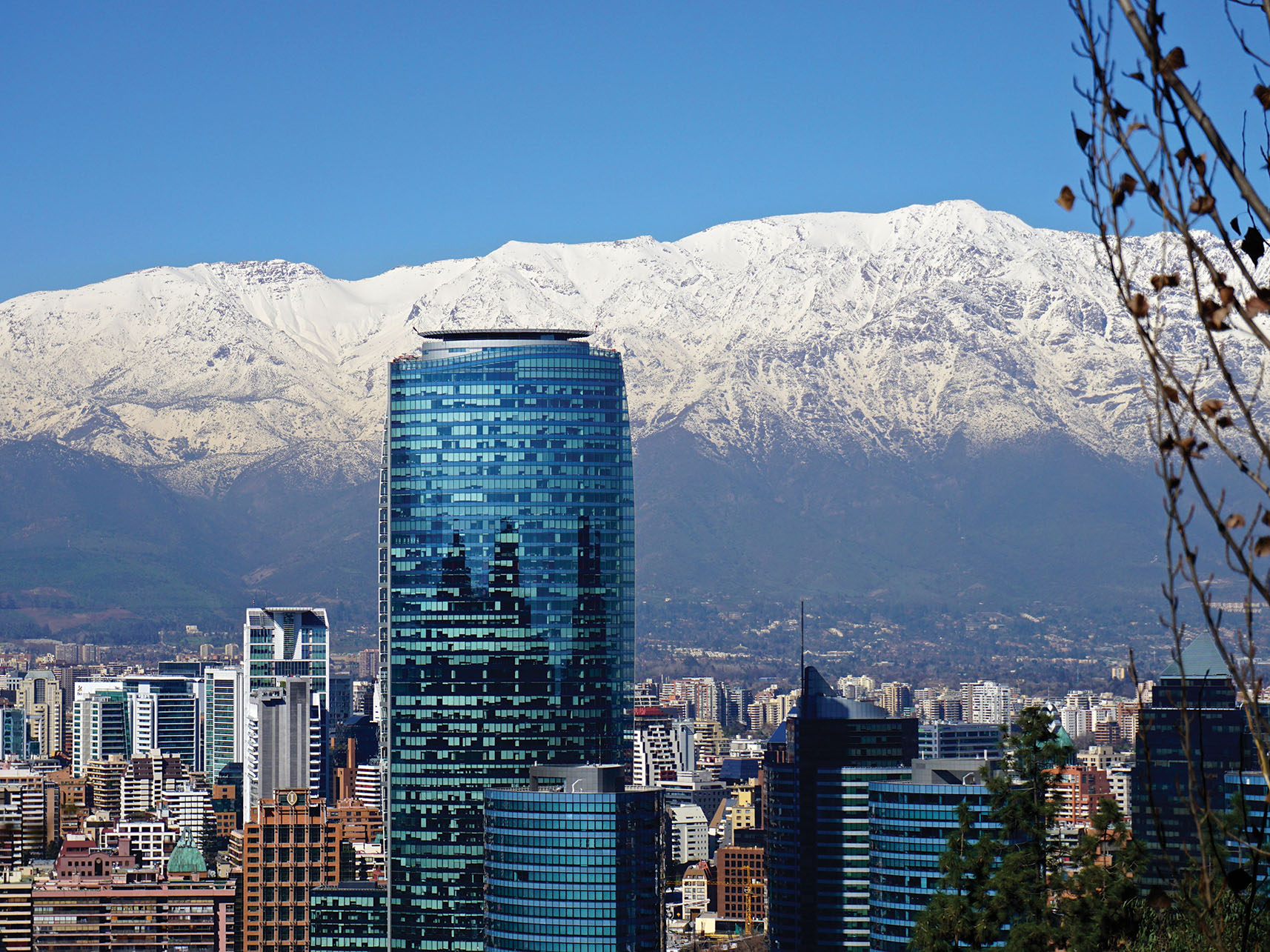 “In capitalism, there is a deep fear of democracy,” warned Robert Reich, a professor of Public Policy at UC Berkeley and former United States Secretary of Labor. “But,” he added, this fear is misplaced, “we should not fear this democracy.” It is only the recent context of hyper-inequality, evident in both the United States and Chile, which seems to set the two against each other.

This idea encapsulates some of the major themes discussed at the keynote panel on the causes and consequences of inequality in Chile and the United States. The panel was the opening event to the third annual Chile-California Conference held at UC Berkeley. The theme of this year’s conference was “The Challenge of Inclusive Development.” In addition to Reich, the dialogue featured José Miguel Benavente, a Chilean economist and the chief of the Competitiveness and Innovation Division at the Inter-American Development Bank, and was moderated by CLAS chair Harley Shaiken. To open the panel, Shaiken asked the two researchers to reflect on the role of hyper-inequality in both a high-growth, competitive economy and a democratic, inclusive society.

Both researchers laid out some basic facts about inequality in the two countries. Benavente noted that, due to strong economic growth in recent decades, Chile has achieved a high per capita income that is equivalent to more than US$19,000, a figure that puts it close to some European countries. Still, as measured by the Gini coefficient and other data, Chile has one of the highest rates of income inequality in the region and a much higher rate than most developed economies. Benavente also referred to research from Gabriel Palma at Cambridge University, which shows that, historically, the major change in income distribution patterns in Chile has been the increasing concentration of gains from economic growth among the top 10 percent, but especially among the top 1-2 percent of the income distribution. 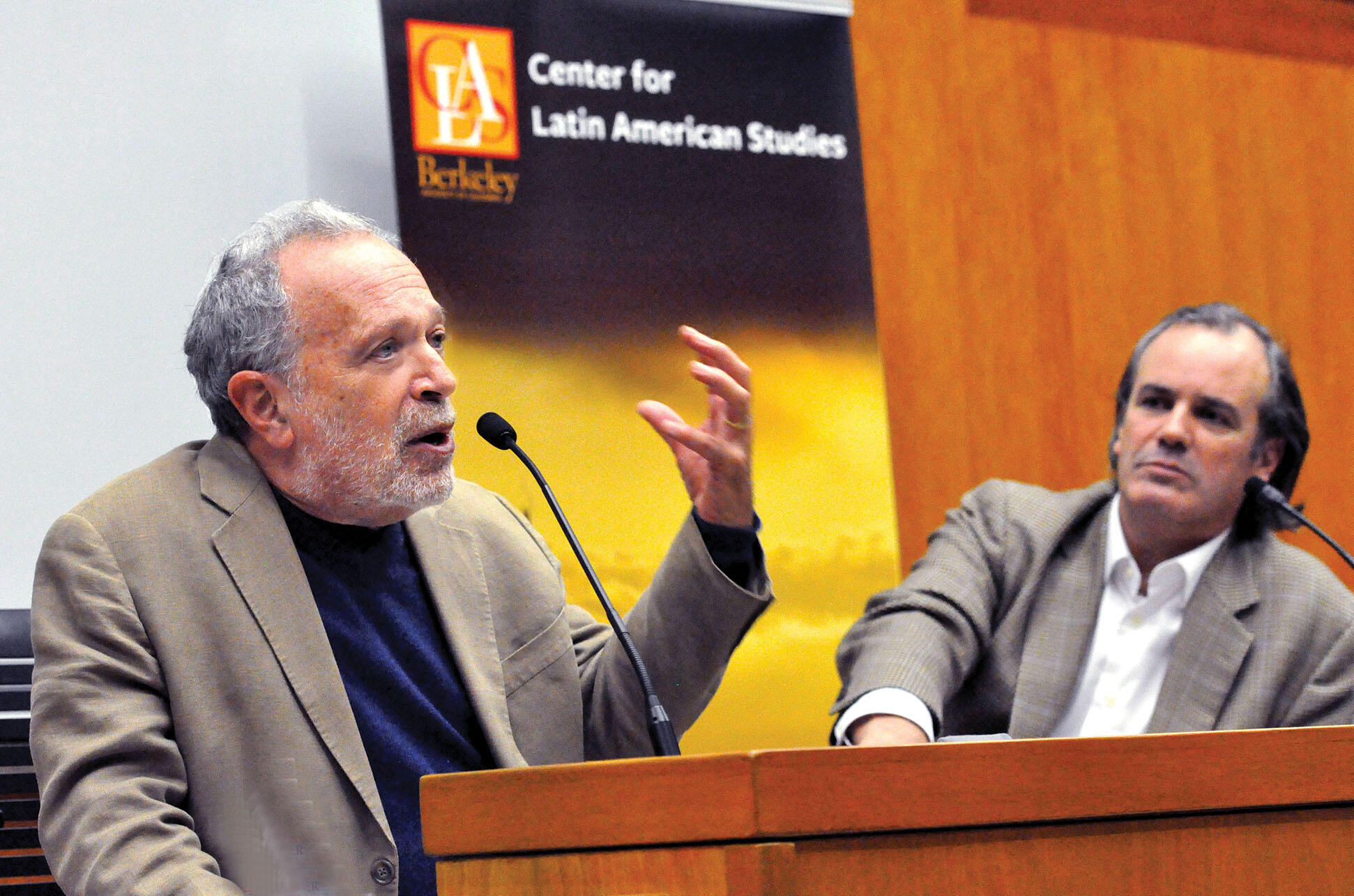 Similarly, Reich explained that income inequality in the United States has been growing more extreme. In fact, the recovery from the financial crisis since 2009 has been the first such expansion in U.S. history in which the median household income has actually been declining. During this period of economic growth, 100 percent of the gains have gone to the top 10 percent of the income distribution, and fully 95 percent of those gains have gone to the top 1 percent.

Another parallel between the two countries emerged in the causes of socio-economic inequality. Both experts described ways in which politics and policy choices were key drivers of the recent upsurge in inequity. Reich in particular suggested that some pundits and politicians tend to talk as if markets are “delivered from the state of nature” when, in fact, “the market is a politically and socially constructed system.” Reich explained that this idea was a core concept of the older intellectual tradition of political-economy, which predated neo-classical economics and emphasized how institutions shape economic outcomes.

Underscoring the crucial role of public policy, Benavente noted that before considering public transfers, income inequality in Chile is similar to that of the more developed countries in the Organization for Economic Cooperation and Development (OECD). However, after the policy choices expressed in public transfers are taken into account, inequality narrows significantly in most OECD countries but is little changed in Chile. Another indication of the effect of institutions comes from household poverty data in Chile. Benavente explained that many of those near the poverty line are pushed into poverty by health- care costs, which are in part a function of Chile’s highly privatized and conspicuously unequal health-care system.

Even more broadly, Benavente related how, in an economy like Chile’s, which is heavily weighted towards the natural resources sector, residual rents, representing a great deal of income, tend to go to the owners of those resources. Given that, in the Chilean Constitution, ownership of private property is very clearly and strongly protected, this economic dynamic within Chile’s political-institutional scheme has, over time, led to a high concentration of property, which in turn has exacerbated wealth and income imbalances.

This insight is resonant with a broader point made by Reich: that politics sets the basic rules of the game, even in a market-based economy. He argued that the very building blocks of a market economy and capitalism are influenced by politics. Reich maintained that, over the last 30 years in the United States, basic notions in property, contract, anti-trust, and bankruptcy law have undergone significant changes, which have “systematically favored the owners of capital assets.”

An important cause of this shift, he reasoned, was the effect of the huge amount of money spent on political campaigns. He gave the example of the $3.67 billion spent on the 2014 midterm elections in the United States, the most expensive midterm election ever. More than half of this, he said, was “dark money” or non-disclosed donations that are difficult to trace. Policy decisions driven by campaign contributions are the reason that, for example, large companies have good bankruptcy protection, while homeowners and student borrowers do not, contended Reich.

A large proportion of this money, Reich continued, comes from corporations. In particular, firms in the telecom, high-tech, and banking and finance sectors are large political contributors. Because many of these firms have a vested interest in intellectual property, “they pour money into politics to strengthen IP protection.” According to Reich, this is an important reason why Internet broadband and pharmaceutical prices are higher in the United States than in almost any other country. More generally, corporations use their financial influence to lobby for the enforcement of high entry barriers to their industries, such as trademarks and copyrights.

Chile, too, has been known for loose limits on private and business wealth and its pronounced influence on elections and the campaign finance system. There has also been much discussion and criticism of the disproportionate influence of private interests in the public policy-making process in Chile’s democracy. 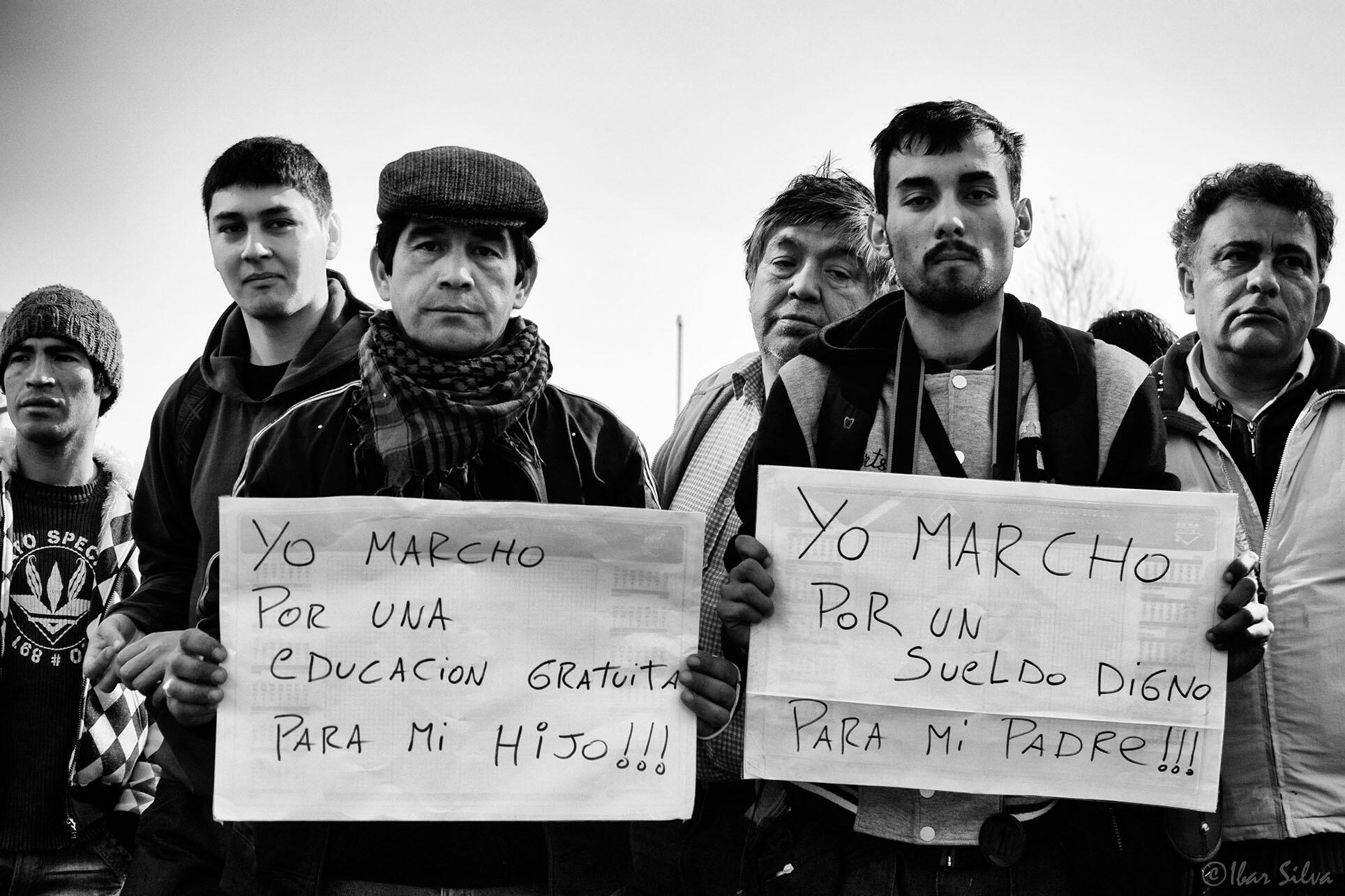 Some striking convergences also emerged in the discussion of the outcomes of economic inequality. In particular, as Reich argued, “inequality is bad for everyone, not just the middle class and the poor.” First, large-scale and increasing income inequality eventually impacts consumer demand, leading to the classic worry of Keynesian economics: inadequate aggregate demand. Weak demand damages economic growth and progress for everyone. Second, democracy is undermined when money is able to translate directly and simply into political power. Third, such hyper-inequality erodes ideals of meritocracy and equal opportunity. These last two are crucial for the maintenance of social cohesion and stability, interests that, again, are commonly shared.

Benavente expressed agreement with the second and third points in particular and tied them into a discussion of potential solutions to the problem of inequality. He noted that the recently inaugurated administration of Chile’s President Michelle Bachelet had begun to take important steps to correct outsized economic inequality. Specifically, she has passed a tax reform and proposed an education reform, which are both designed to narrow the socio-economic gap.

Moreover, Benavente argued that this “new public policy context” is a result of the massive student mobilizations that occurred in Chile beginning in 2011. What this points to, explained the economist, is that it is critical to have a public discussion about which areas should be controlled by the market and which should be seen as a “social right.” This type of discussion is precisely what the student-led social movement has initiated with respect to education in Chile.

Reich agreed that social movements play a key role in checking inequality and that Bachelet was making important efforts to reverse the trend toward inequality in Chile. While he acknowledged that the United States has not had a social protest movement akin to that in Chile and that there is instead a “cycle of despondency and cynicism,” taking a longer historical perspective caused him to remain optimistic. Looking at U.S. history shows that “it is punctuated by periods of time where capitalism gets so off track that there is popular... reform uprisings that put it back on track.”

Ultimately, this apparent contradiction between capitalism and democracy has emerged as one of the most serious issues in the contemporary social realities of hyper-inequality in both the United States and Chile. In this context, democracy and the market, equal opportunity and economic growth, appear to be at odds with each other. This is what Reich meant by the fear capitalism has of democracy. He cited recent comments by the Chief Executive of Hong Kong, who said that democracy would give the poor majority too much power, and by Mitt Romney, the Republican presidential candidate in 2012, who said that “47 percent of the people... are dependent upon government” and would not vote for him so he need not to worry about them, as exemplifying this mistaken fear.

“The fact of the matter is,” said Reich, “this system is not sustainable... there is a necessity for a political-economy that blends growth with widely shared prosperity.” When policies and institutions are designed correctly, both panelists agreed, these values and priorities need not compete but can instead complement one another.

José Miguel Benavente is the chief of the Competitiveness and Innovation Division at the Inter-American Development Bank. Robert Reich is UC Berkeley Chancellor’s Professor at the Goldman School of Public Policy and former United States Secretary of Labor. Harley Shaiken is the Class of 1930 Professor of Letters and Science in the Departments of Education and Geography and the chair of the Center for Latin American Studies at UC Berkeley.

James Gerardo Lamb is a Ph.D. candidate in the Department of Sociology at UC Berkeley. 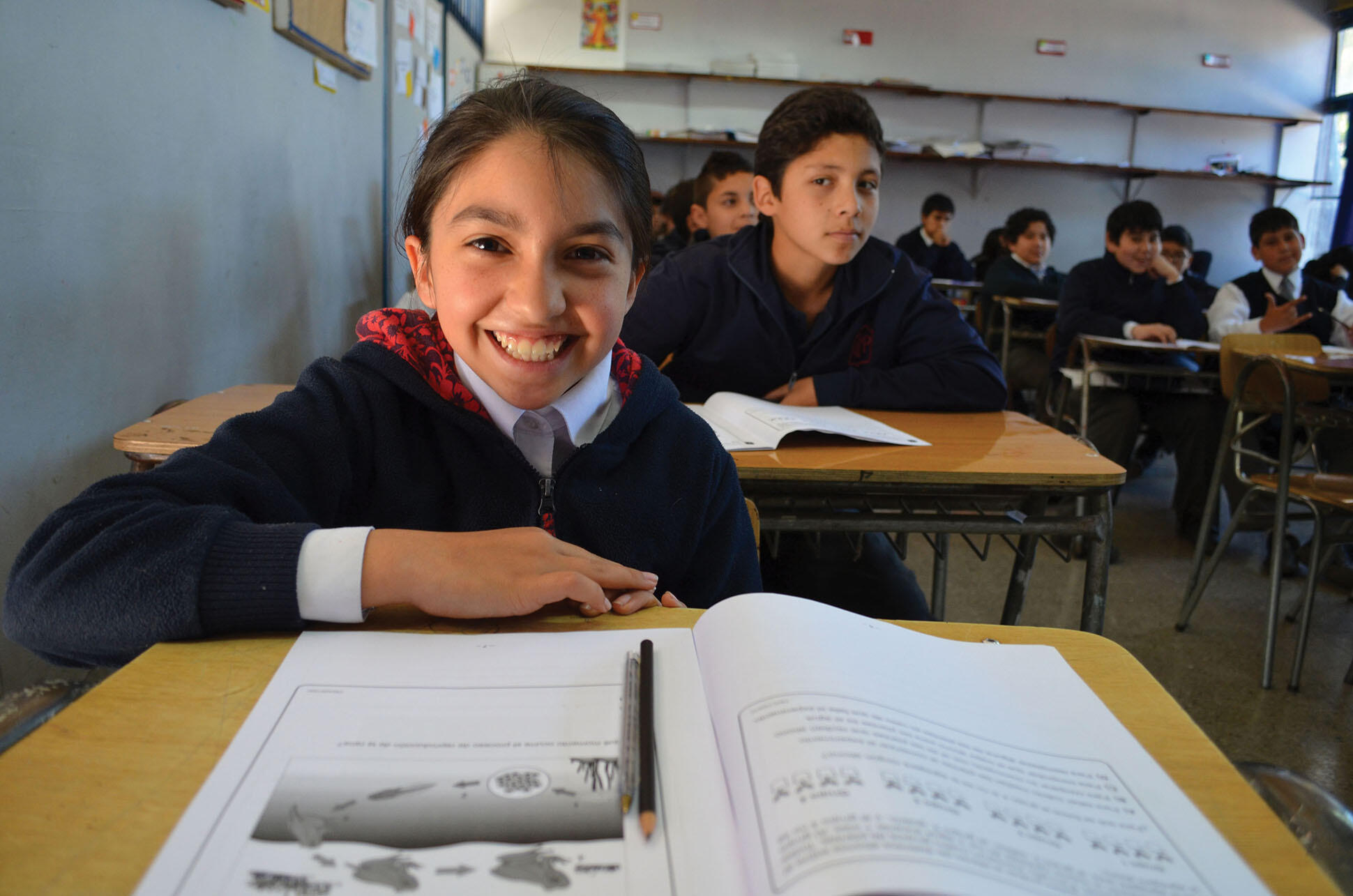