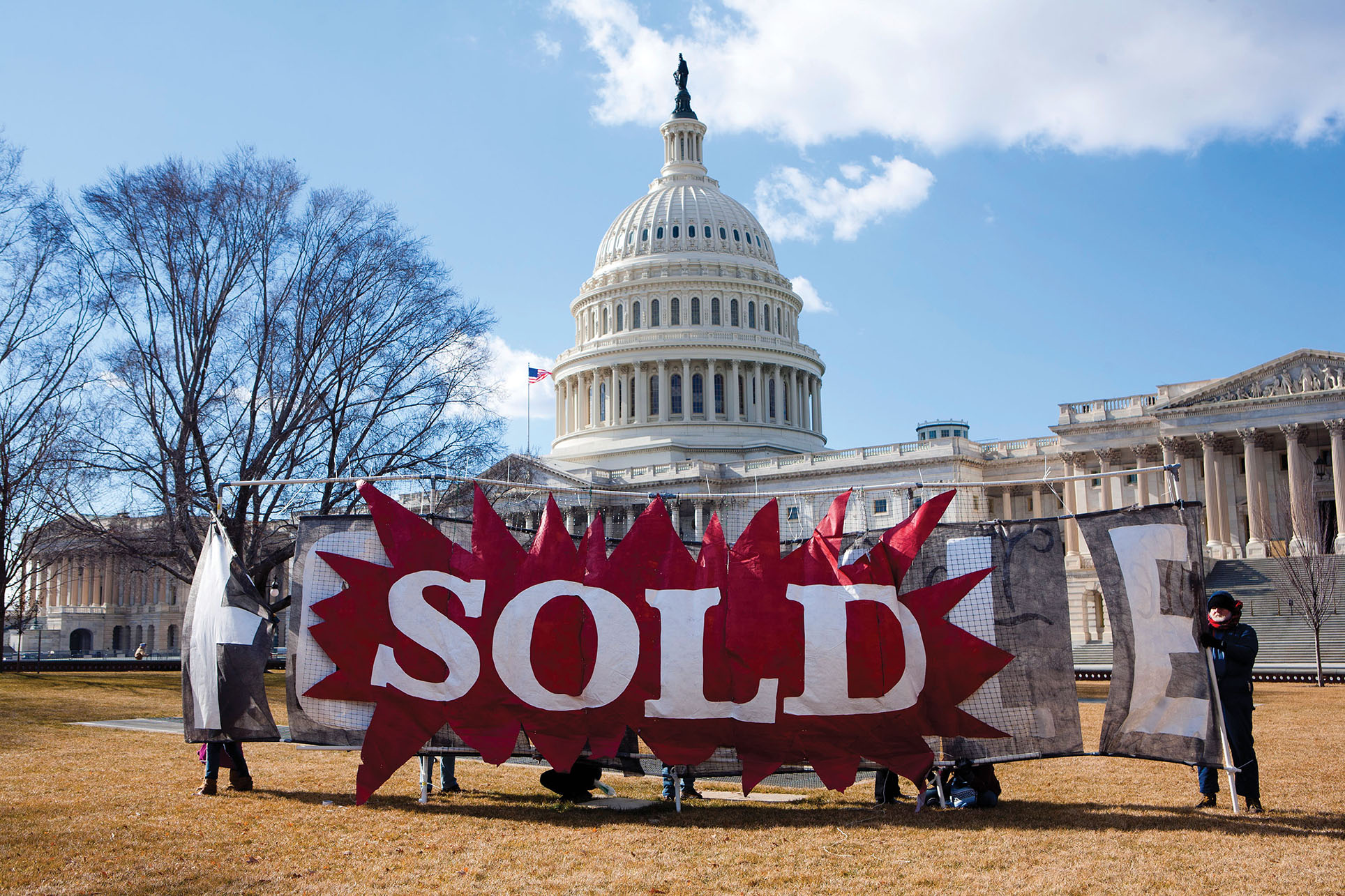 Income inequality in the United States and Latin America has been rising since the late 1970s. This rise in inequality is sometimes attributed to a so-called “new economic reality.” Globalization and technological change, according to this view, lead inevitably to growing income concentration among top earners.
At a session of the third annual Chile-California Conference, Professors Emmanuel Saez and Paul Pierson challenged the view that inequality is inevitable. Rather, they argued, public policy plays a dramatic role in influencing the distribution of income. Saez, an economist, and Pierson, a political scientist, shared their views on the economic and political forces that interact to determine income inequality.

Other advanced economies share this U-shaped time trend for income distribution. But the recent rise in inequality is not nearly as drastic in Europe as in the United States, even though many European countries are more dependent on global trade than the U.S. Thus, Saez argues, globalization is not the primary cause of rising inequality. Instead, he points to taxation as the most powerful force at play. The U.S. had a very progressive tax structure from the 1930s to the 1970s, and pretax income distribution was less concentrated. As the tax code has become less progressive, pretax income has grown more concentrated. Since the 1960s, countries that have made significant cuts to top tax rates have experienced large increases in pretax income concentration to the top 1 percent. 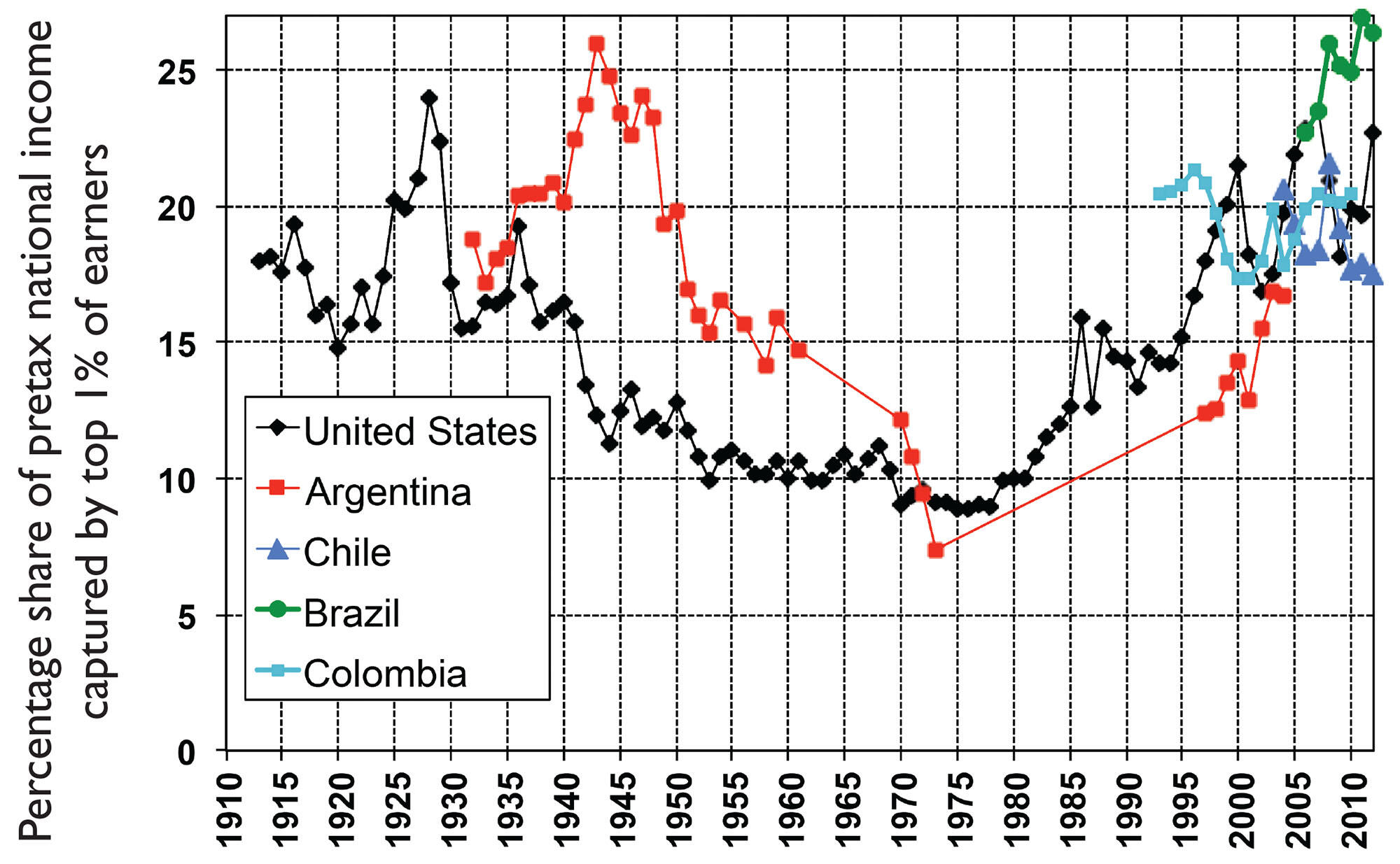 According to supply-side economic theory, when the tax rates on top earners are increased, they work less, reducing economic activity. This theory provides an argument for reducing the progressivity of the tax system. Saez suggested an alternative theory: low tax rates make the top earners more powerful and better able to extract economic surplus from the rest of the economy. This theory, in contrast, provides an argument for increasing the progressivity of the tax system.

Pierson was in broad agreement with Saez that economic inequality and politics are inextricably linked. Mounting economic inequality goes hand in hand with political inequality and has profound consequences for democracy. Campaign finance and lobbying are the domain of the very top of the income distribution. Thirty years ago, 15 percent of campaign contributions for federal elections came from the top 1 percent. Now, the figure is at least 40 percent. The political influence of top earners has shaped the regulations on the financial sector and on executive pay.

Pierson expressed serious doubt, however, that campaign finance reform could be effective in keeping money out of politics. Instead, his solution to political inequality involves political organization. American politics, he noted, is so confusing that it is extremely difficult for voters to impose accountability on elected officials. In the early post-war period, when a third of American workers were union members, unions provided sustained political motivation around issues in public policy. Unions are much weaker today and have not been replaced by new organizations that effectively promote the political interests of the working class. The attempt by Occupy Wall Street to fill this gap failed due to naïve organization. Occupy Wall Street lacked leadership and a well-defined agenda and hence proved incapable of putting pressure on public officials to pursue a particular course of action.

While Saez and Pierson’s discussion of the economics and politics of inequality focused primarily on the United States, they noted that the lessons are also applicable to Latin America. The Latin American economies have not yet succeeded in sustaining broad-based growth across the income distribution. Rising inequality is a dramatic, but not inevitable, reality. It can be reversed by appropriate public policies, but putting these policies in place will require effective new forms of political organization.

Emmanuel Saez is the Chancellor’s Professor of Tax Policy and Public Finance in the Economics Department at UC Berkeley and director of the Center for Equitable Growth. Paul Pierson is the John Gross Endowed Chair of Political Science at UC Berkeley.

Carola Binder is a Ph.D. candidate in the Department of Economics at UC Berkeley.