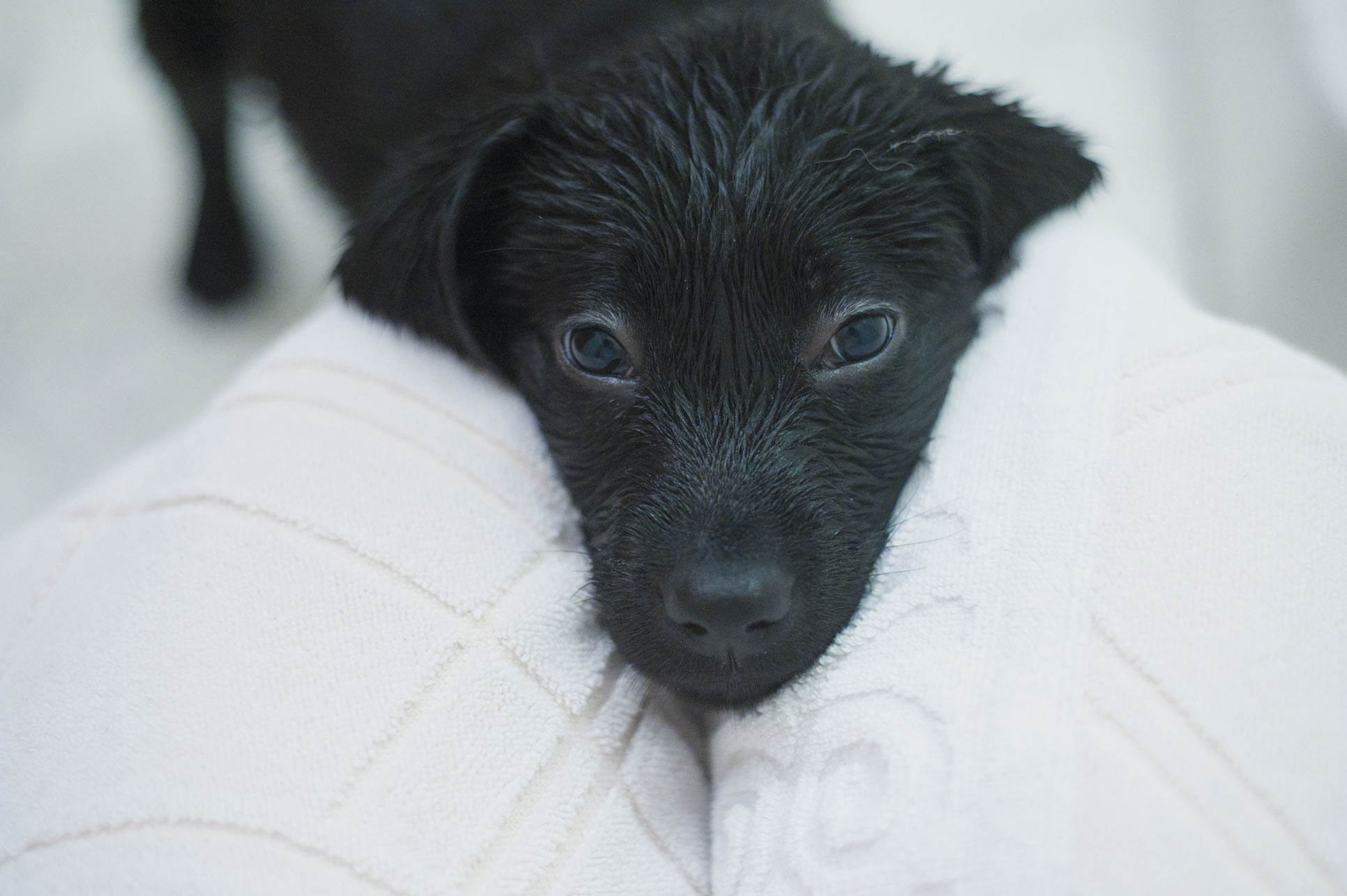 There was one that was alive: wet, black fur dripping over his tiny body like ripples of water over bone. But he was alive, the puppy’s black eyes shone, and I looked at him and scooped him up out of the puddle with my two hands. His look was a shout; if he could have spoken, his words would have to be written in gigantic, capital letters, and — as if he had supernatural powers, as if he could give more weight to his request with evidence — the tiny, black-boned skeletons of his brothers appeared, sort of floating between the gutter and the air, forever still, in a dark, amphibious sadness.

The one I was holding might live if I took him home, dried him, gave him food and shelter. I didn’t get to make the decision: I woke up and was in Berkeley; it was the morning after my arrival to this place full of silence and trees and the scent of lavender, pine, juniper, and a wealth of other wonders that, as a woman from a megalopolis, my sense of smell could yet not identify.

I use the verb “llegar” (to arrive) to talk about my time here, but I use it with all its semantic strength in Spanish, which indicates that I moved from somewhere else and that I had some difficulty in doing so. It’s so far. The hours passed, and the airplane went on and on, flying at the same height, and I started to feel a childish anxiety for the journey to end. In fact, the kids who were on the plane were crying their eyes out. I managed to restrain myself. Sure, I’d had a couple of beers, and the kids hadn’t. “Llegar” also hints at another distance, from a childhood without a library to devoting oneself to writing.

But back to waking up in this peaceful city, so full of light. I think that’s what my first dream in California was about, the dream of the live puppy and the dead ones, something like the lean and fat cows of Pharaoh’s dream in the Bible. Only the cows provoke less pity, because they don’t live in our homes. I also don’t want to dwell on the distinguishing characteristics of my country. I’m not going to start this visit contradicting Borges and his essay “El escritor argentino y la tradición.” If there aren’t any camels in the Koran, that’s just fine, maestro, there won’t be any more cows in this talk either; I don’t want anyone to question my nationality.

Just five days ago, that luminous morning after the verb “to arrive” and the smell of Berkeley were both immediately linked with the puppy on the edge of life and death from my dream. I realized, while sipping my tea with milk and looking at a sequoia or some other similarly marvelous tree, that each of our desires has some hint of a puppy on the brink of survival. In my case and that of all my colleagues — because, paradoxically, writing is simultaneously the most solitary and most convivial work in the world — these desires are books; they are the act of writing. In my case, I arrived here thanks to three of those creatures that I was able to give warmth and time: La Virgen Cabeza, Le viste la cara a Dios, and Beya.

Whenever any one of us stops to contemplate this first image, this idea being born, whenever we decide to give shelter to this seed of a book or, if you are not a writer, but rather, for example, an engineer, this seed of a bridge, whenever we shirk our obligations — in general, in my country, writers (and, in this regard, we are very different from engineers) do not make a living from literature because our market is so small that it should have a more modest name (fair, perhaps, or shop) — whenever we decide to steal hours at night or in the morning, whenever we decide to flee the realm of necessity and claim a corner of freedom for ourselves in order to give time and warmth to that seed, we are saving a puppy, that part of ourselves that needs to be, that must be developed to make us whole people, happy human beings and not the resentful wretches we’d be if we didn’t have the courage to get up and give time to the fragile puppy that is every book when it is just being born as a project. We would be horrible creatures. That’s why I write: because my life would be hell if I didn’t. I would merely be a slave, forever crying. I think I would become as amphibious and mournful as the sad little black skeletons of my dream.

For this reason — to be able to give refuge to our own most heartfelt desires, to be able to write, in the case of writers, and here I am talking about those who write fiction as well as essayists — it’s good to not to be alone, except during the very act of writing, because the love of friends and the camaraderie of colleagues fosters our ability to desire and to sustain those desires. We writers have many different kinds of friends from all over, including many who have been dead for thousands of years: I feel like a friend of Homer, whoever he was; a friend of Sophocles; and also a friend of Sor Juana, Teresa de Avila and Mark Twain, who made me so happy in the hard times of childhood. And I’m a friend of Hernández and Sarmiento and Borges.

Even before we begin to write, reading forges a place where we belong, a lineage, a home, a warm space that makes easier the always complex and often abrasive exercise of being. Many readers — I, personally, am convinced that all readers, but that would be a topic for another conversation — become authors. And in this, too, we are not alone, even the solitary writer in the most remote village. We write following tradition or against it, with our contemporaries or against them. A writer may or may not be aware of having so much company, but it’s unavoidable.

Anyway, in the case of writers — and I suppose for nearly everyone, but I don’t know — saving the puppy, giving it the warmth, the shelter, the time it needs to survive and thrive, gives us — first of all — books, of course, and through them we arrive in places that we thought beyond our reach. But there is something else that is, in my experience, even more fundamental: that warm and peaceful refuge that a text needs to develop constitutes a haven for oneself, where some storms are weathered and some old wounds healed, or at least new ones are avoided, which is something.

Gabriela Cabezón Cámara is the author of three novels — La Virgen Cabeza, Le viste la cara a Dios, and Beya — and the editor of the Arts and Culture section of the Argentine newspaper Clarín. She taught a course on writing at CLAS in fall 2013. 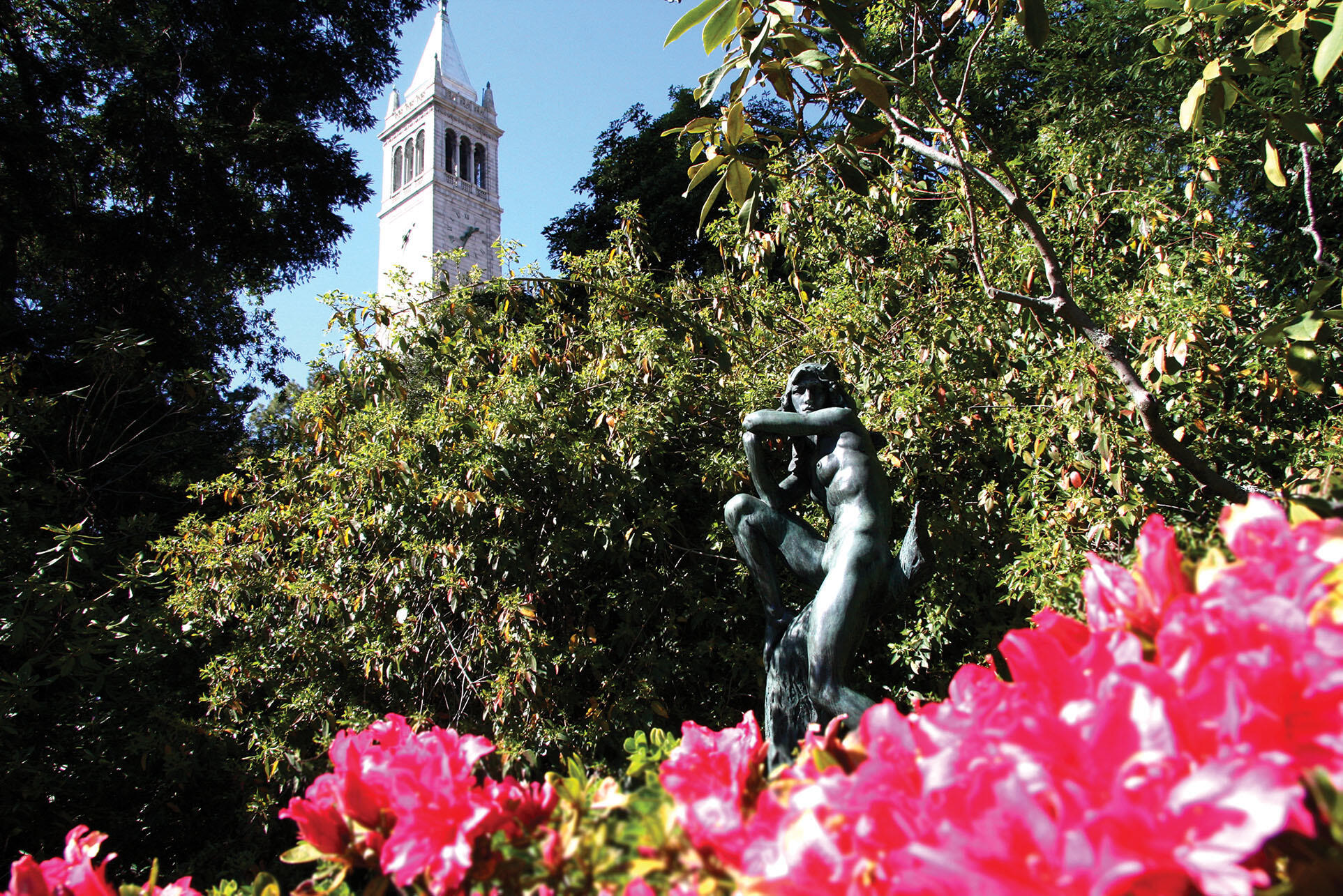