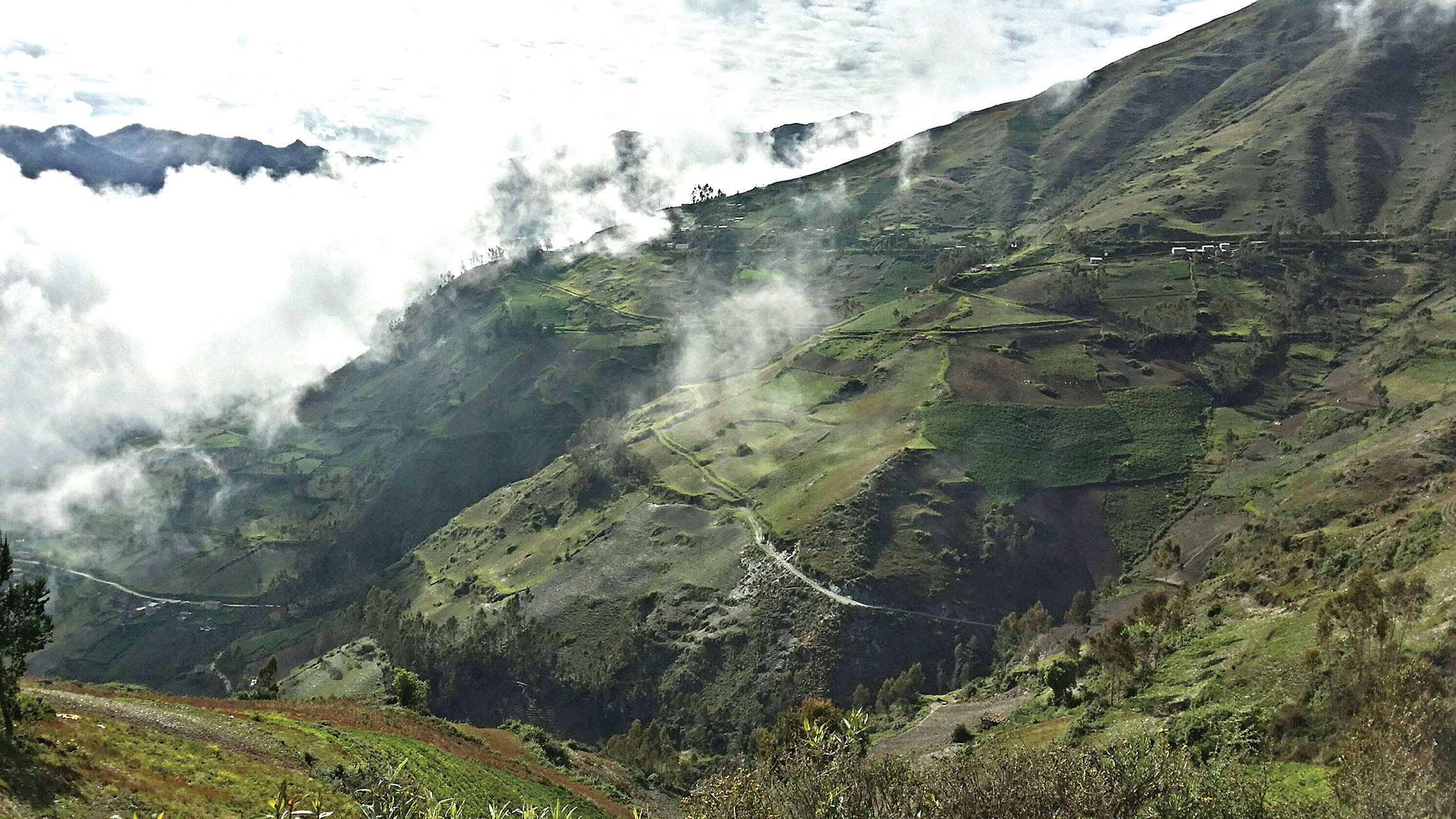 There’s a certain type of universality to Daniel Alarcón’s writing. He infuses his literature with a sense of place that is deeply felt and evocative but not particularly definable — his sprawling landscapes and looming mountains could be situated in Peru or small-town Iowa or the outskirts of bustling Santiago, Chile, or a town you’ve never visited, one that exists somewhere on the map, tucked away — and that is precisely what makes his literature relatable.

Alarcón is a Peruvian-born, Alabama-bred author and journalist currently residing in San Francisco, whose work has appeared in publications ranging from The New Yorker to Harper’s. He has curly, shaggy dark hair, which is often tied back with a headband. His fiction is generally written in English, but his stories for the podcast Radio Ambulante (often compared to This American Life) are not. Those are in Spanish, and so are some of the articles that he writes for the Lima magazine, Etiqueta Negra. For some, his is a confusing identity, this Pan-American, bilingual mash-up, the son of professional parents who went to an expensive college in New York. They want to know if he’s a Peruvian or an American writer, and he wonders why he should be forced to choose.

In a very real sense, though, the ease with which Alarcón navigates through languages and cultures lends his literature a sense of universal understanding and appeal. His latest novel, At Night We Walk in Circles, unfolds in a nameless South American country, a place whose borders might be imaginary, but whose troubles are very real.

In a presentation sponsored by the Center for Latin American Studies, Alarcón discussed Nelson, a character in the book who in many ways captures the zeitgeist, the helpless, wandering frustration of our generation’s youth. “This novel was about a young man named Nelson, the kind of young man who flows and drifts through his early adulthood and doesn’t really make any choices and is kind of wasting his youth,” he said.

Nelson is an aspiring young actor who crosses paths with Henry Nuñez, the leader of a legendary guerrilla theater troupe called Diciembre. Nelson gains access to the troupe after earning a major role in a tour of Henry’s revived satirical play, “The Idiot President,” the original production of which caused Henry to land in jail. Alarcón used his own experience reporting inside Peru’s notorious Lurigancho prison to inform Henry’s character and experiences. 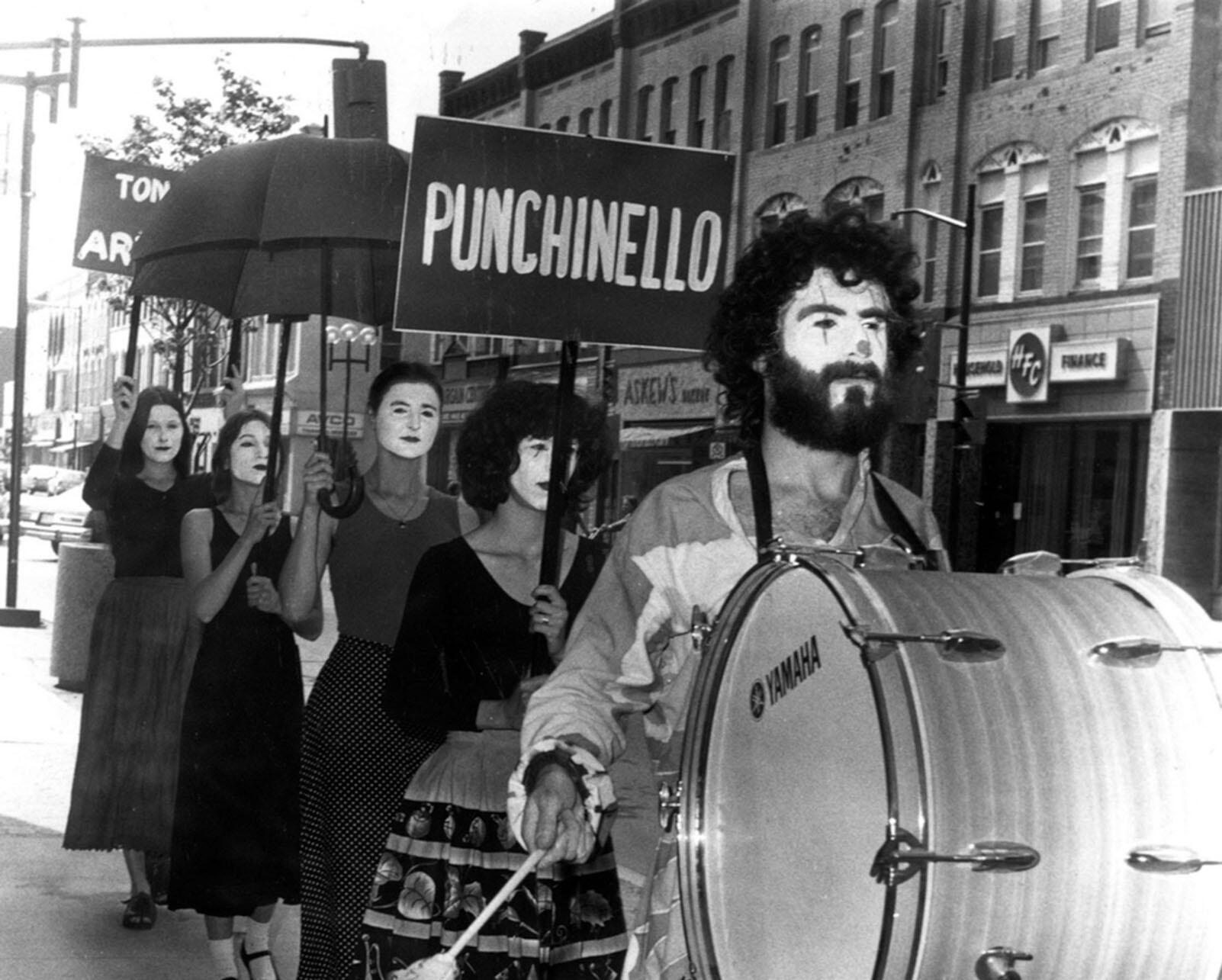 Nelson, who recently broke up with his girlfriend and is slowly ambling around life, sees this as a golden opportunity: the big break that will finally begin the rest of his life, his first legitimate acting gig and the first time he steps out of his home city’s limiting confines. But of course, as the tour treks further into this nameless country’s surroundings, drama ebbs and flows. The troupe runs into Henry’s troubled past, which they must reconcile, while the reader is forced to untangle the dramatic pileup of events spun by the novel’s narrator: an unknown, omniscient “I” whose identity is not revealed until nearly two-thirds of the book is done.

Alarcón said the two parallel tracks of narrative tension — what’s going to happen to Nelson, and who’s telling the story — keep the story alive instead of gasping for breath. It’s a sensibility that Alarcón said he brings more generally, to all of his writing. “A novel really can’t survive, can’t hold itself up, if it doesn’t have two parallel tracks, at least, of questions, of narrative momentum,” he said. “Otherwise the whole structure collapses. And I know that because I wrote the first draft of this book that had no tension in it and floundered and was like a sleeping cat of a novel.”

After more than five years of writing, that dozing creature of a story transformed itself into At Night We Walk in Circles. Beyond just this novel, though, Alarcón said that all of his writing has been colored by the time he spent in Peru a couple years after graduating from college, right before September 11, 2001. He went out at night, played soccer, and watched protests as he bussed into town on the way to work. That’s when his life as a writer began. “Everything I’ve written since has been affected by that experience,” he said.

He also talked about his decision to keep the South American country nameless. Though the book includes many nods to Peru — ceviche, the Andes, small towns reeling from violence — the location is never explicitly defined, a deft move that gave Alarcón room to play and shielded him from the ranks of scrupulous fact-checkers, eager to tell him he had gotten something wrong. Instead, with an imagined landscape, he could create, unfettered, while anchoring the reader in a universal human experience that extends far beyond Peru.

“How do you know Peru is real?” he asked. “How do you know it exists? How many of you have been to Narnia? It’s literature; it’s art. It doesn’t matter if you can find it on a map… It doesn’t matter if it’s real or not. I had one gentlemen say to me, ‘I’ve never been to Peru, but it sounds a lot like Pakistan.’ The problems that I was writing about in Peru, he told me, you change the names but it’s the same thing. And I think there’s some sort of universality in it” — the human experience without boundaries or borders.

Daniel Alarcón is the author of War by Candlelight, Lost City Radio, and At Night We Walk in Circles, as well as a visiting scholar at the Center for Latin American Studies. He spoke for CLAS on February 11, 2014.

Erica Hellerstein is a student at the Graduate School of Journalism at UC Berkeley. 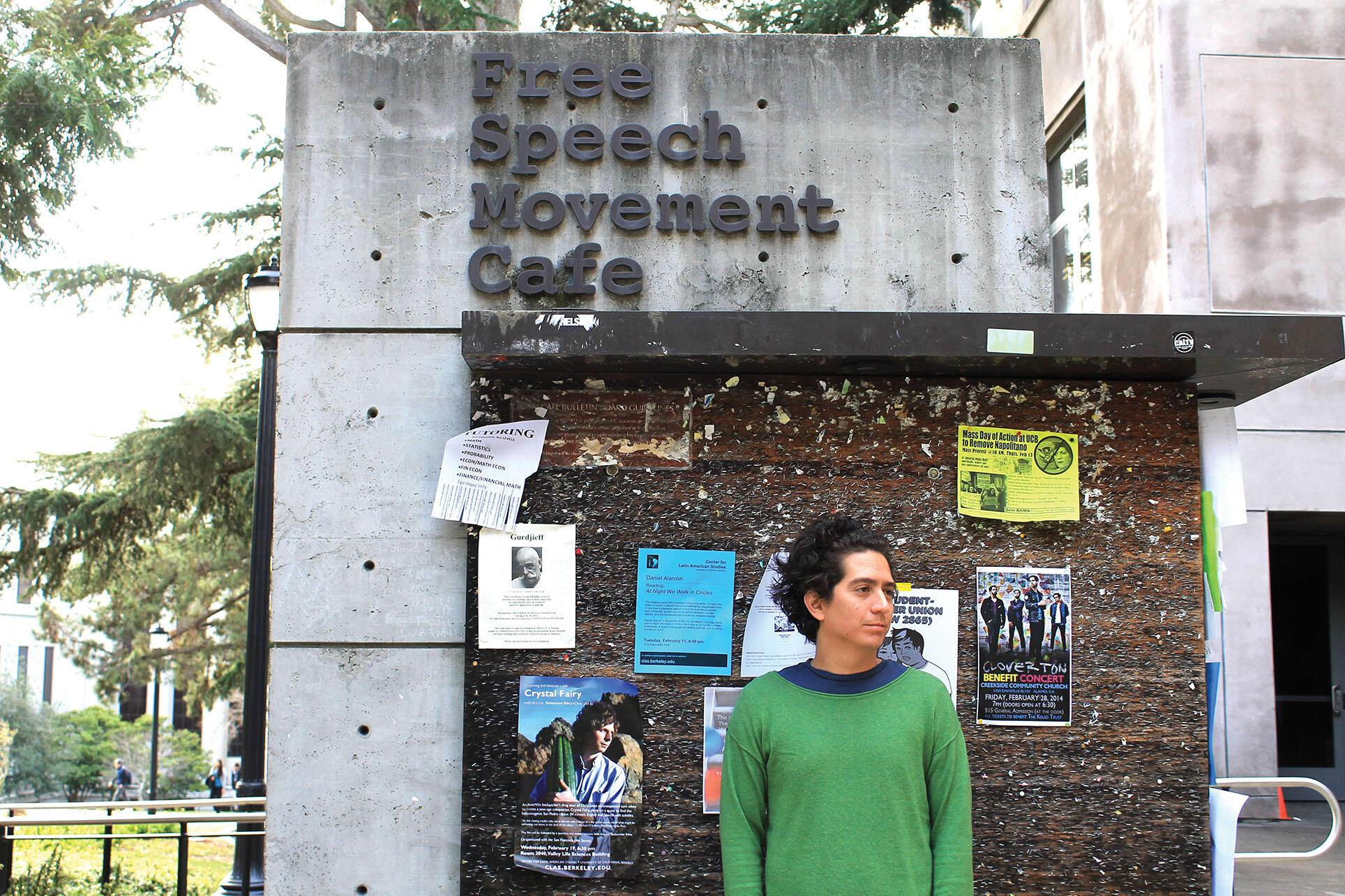