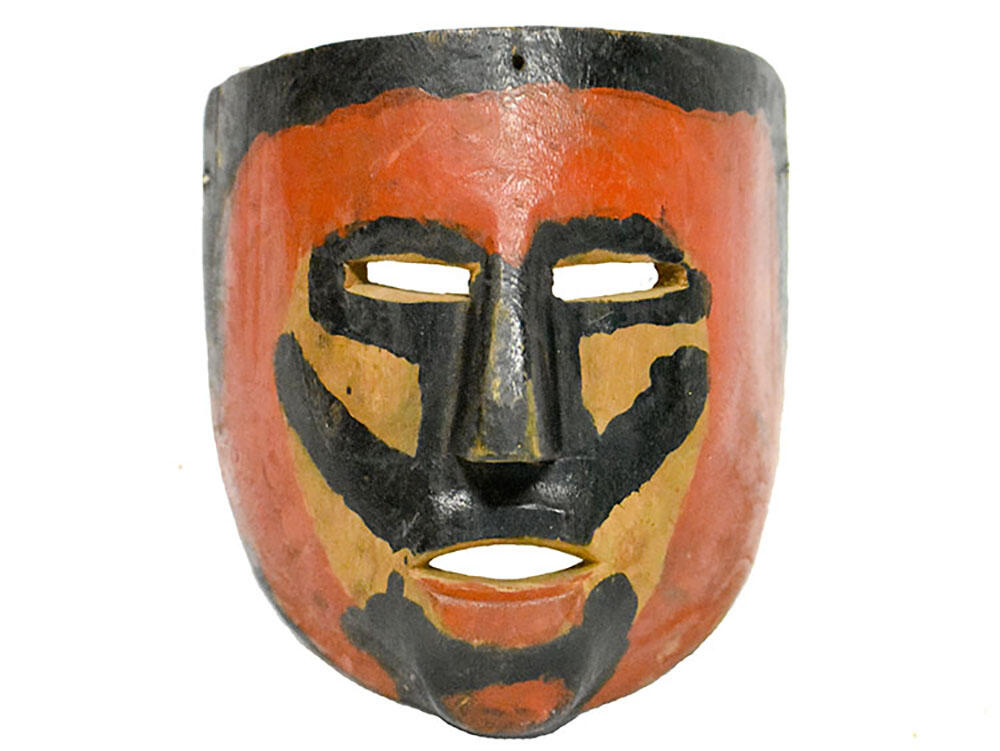 Among the cultures of pre-Columbian Mesoamerica, masks played a metaphysical function, representing gods and divine creation, as well as demonstrating wealth, societal, and ceremonial status. After the Spanish invasion and colonization, the evolution of masks tracks the hybridization of cultures. The mask is not a set symbol, but rather a feeling or an example. More important than who the mask interpreted was what it represented, often through a dancer. The dancer represented the possibility of instant transformation through the object – the same mask could be a Moor in one dance and Jesus in another.

In collaboration with the Mexican Museum, CLAS is hosting an exhibition of 15 Mexican masks from the 19th and 20th centuries. In this collection, we see representations of pre-Columbian American concepts, as well as Spanish Baroque realism. Together, these masks communicate that the human being is diverse behind a wooden face.

Co-sponsored by the Center for Latin American Studies, The Mexican Museum, the Pacific Gas & Electric Corporation Foundation, and the Wells Fargo Foundation, with the generous support of Richard A. Levy, M.D.