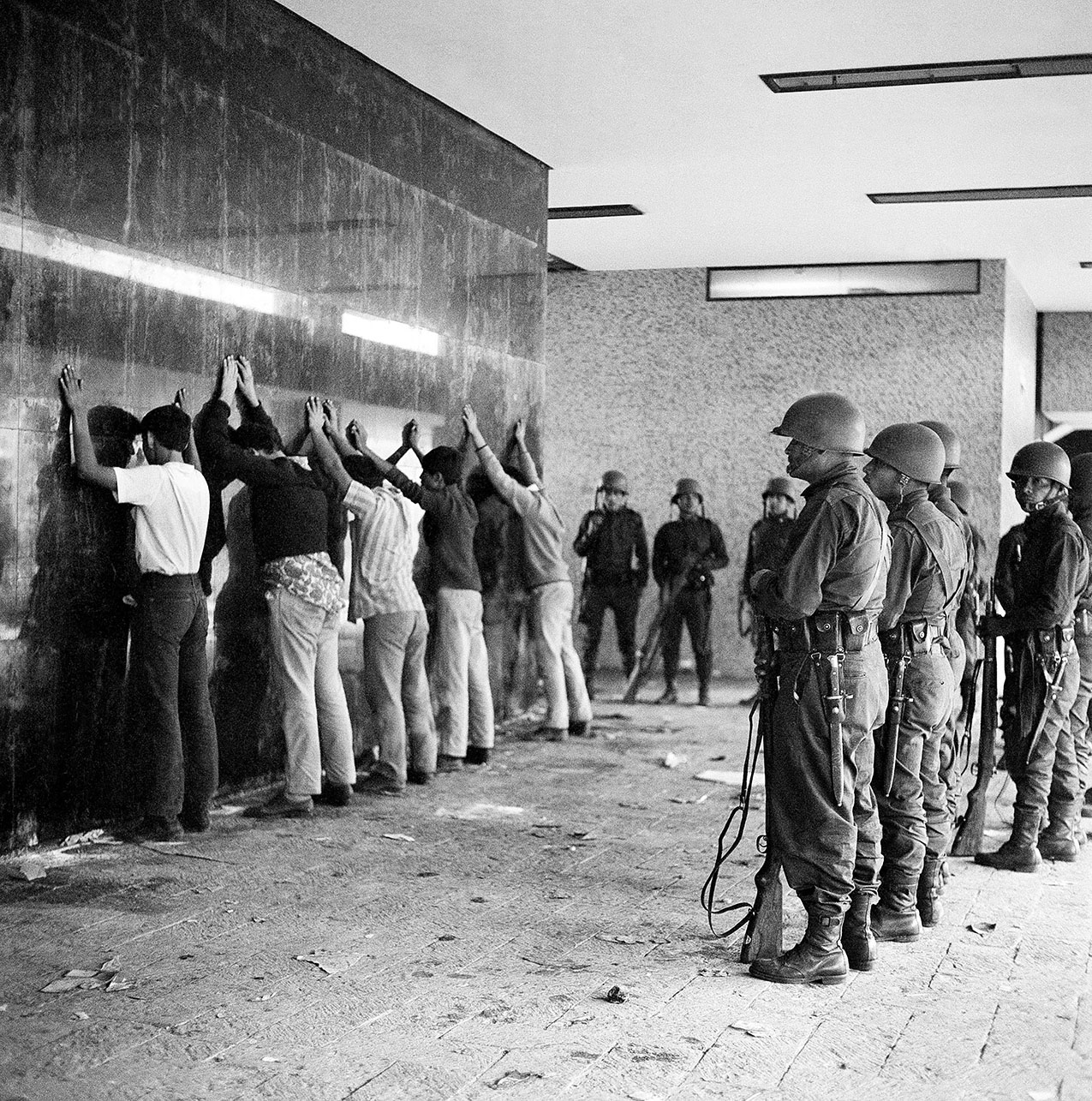 Harley Shaiken: The year 1968 transformed the world. There were students, workers, and citizens around the world demonstrating in the streets, from Paris to Prague, from Chicago to Berkeley, and of course, in October of 1968, in Mexico City at the Plaza de Tres Culturas in Tlatelolco. Where were you when you heard about what took place in Tlatelolco, and what was your reaction?

Cuauhtémoc Cárdenas: In those days, I was working as an engineer in the construction of a dam on the Río Balsas in Michoacán. However, on October 2, I was in Mexico City. I had come to the city to deal with some problems related to the dam’s construction. I knew that there was an important student movement that had started in July of ’68. From July to the last days of September, different demonstrations and demands from the students had been presented to the government. There had been a violent repression of students in July, and the students demanded justice and the resignation of the chief of police and the deputy chief of police — really democratic demands. On October 2, at about nine or ten in the evening, while I was with my wife Celeste and my parents at their home, a collaborator of my father arrived and then some other friends followed, bringing word of what had happened in Tlatelolco, how the demonstration had been attacked, and that there were deaths and injuries after this aggression from — well, we didn’t know exactly who had led the aggression, if it was military or police forces. But the next day, we learned what had happened in Tlatelolco.

Shaiken: It was certainly something that had an extraordinary impact. It was not widely covered at the time, but there are those who say that the PRI [Partido Revolucionario Institucional, Institutional Revolutionary Party] lost an important part of its legitimacy that day, and that had an impact going forward. Do you think that was the case?

Cárdenas: No, I think it was a very strong confrontation between the students and the government, not precisely the PRI, not precisely the ruling party. The PRI was at that time just — I would say — part of the executive power. As you know, the PRI was not the classic political party as we may understand in other parts of the world. It was part of the state, and it was a party of the state. But the students’ protests and the repression was ordered and known by some high-ranking government officials. I wouldn’t blame the whole administration. But I am almost certain the president knew what was being prepared, as the leader of the October 2 aggression was General Luis Gutiérrez Oropeza, Chief of the Presidential Staff [Jefe del Estado Mayor Presidencial].

Shaiken: I think this is a very important distinction that you lay out. What do you think is the lasting legacy of that tragic day for Mexico and going forward?

Cárdenas: Yes, I think what happened in October ’68, is a clear antecedent of what happened later — of the democratic movement of ’88 and of the democratic transformations Mexico has had up to now. This is the very important legacy of the student movement of ’68. And I would like to add something more. I think that what is still lacking here in Mexico is for the government to release the names of those responsible. We cannot blame the armed forces as a whole. It was not the institutions that committed this crime. It was individuals, and it is important for Mexico and for the construction of our democracy to know the names of those responsible for the attacks against the students. It was not the whole administration and not the whole of the armed forces. It was not an order from the secretary of defense or any other official, but an operation prepared and led by the chief of the presidential staff. These individuals have names. I think that the names of those responsible should be released. And that would remove the blame that some place on the institution as a whole. It would erase misunderstandings and close wounds still open in our society. It would surely improve our democracy at the present time.

Shaiken: Are there other ways in which the democratic movement in Mexico bears some relation to these events? For example, you mentioned that they influenced your presidential run in 1988.

Cárdenas: Yes, I think one of the lessons we may derive from 1968 is that participating and demanding are ways to open our democracy. These have been elements that have opened our democracy, even if we have much more to do in that respect. But I think that this movement is behind all that has happened after, in terms of democratic transformation in Mexico.

Cuauhtémoc Cárdenas has been a defining figure in Mexico’s move towards democracy. He has been a presidential candidate three times beginning in 1988, served as the first elected Head of Government of Mexico City from 1997 to 1999, and is the president of the Fundación para la Democracia (Foundation for Democracy). He was interviewed on November 8, 2018. 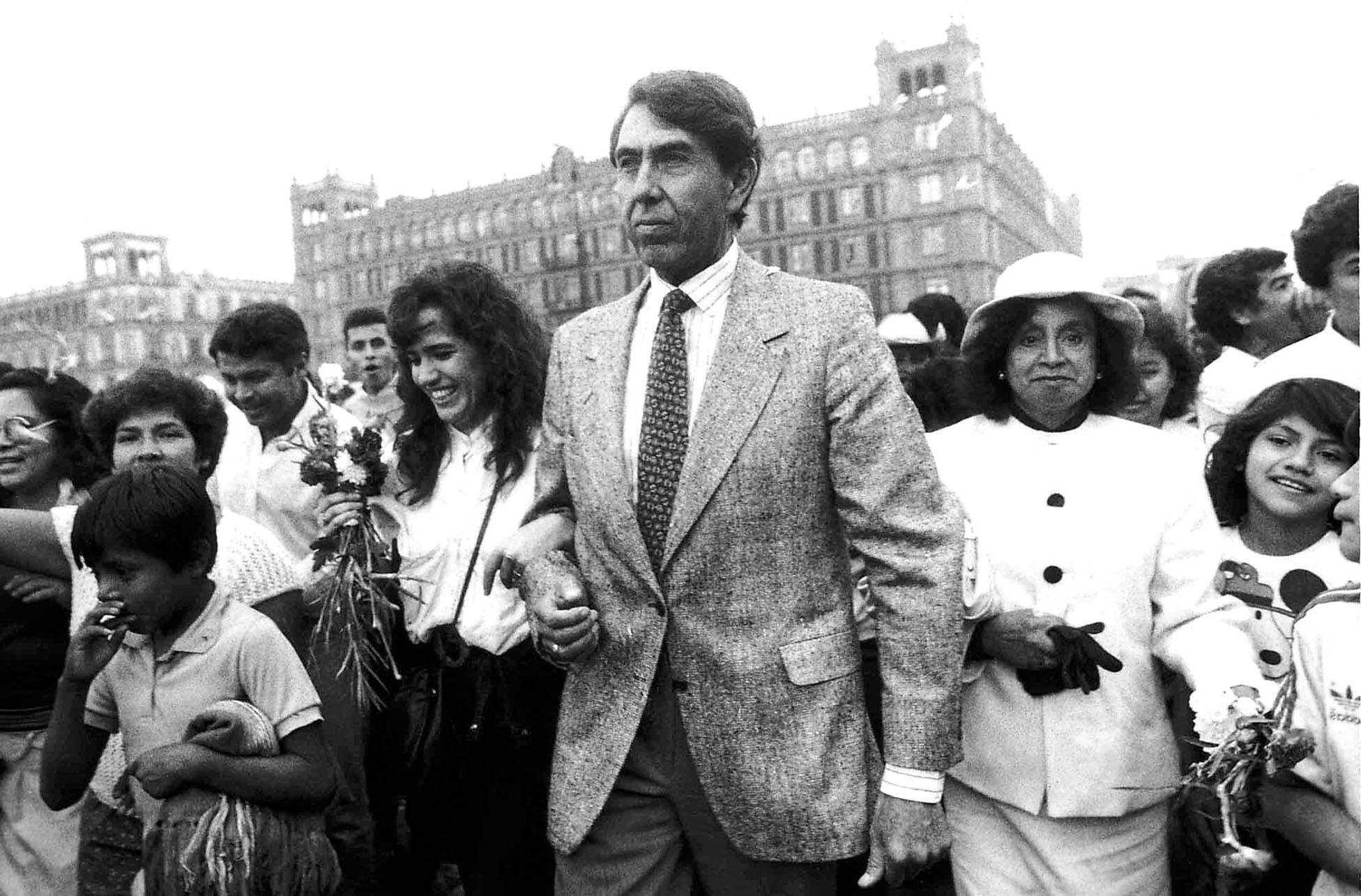