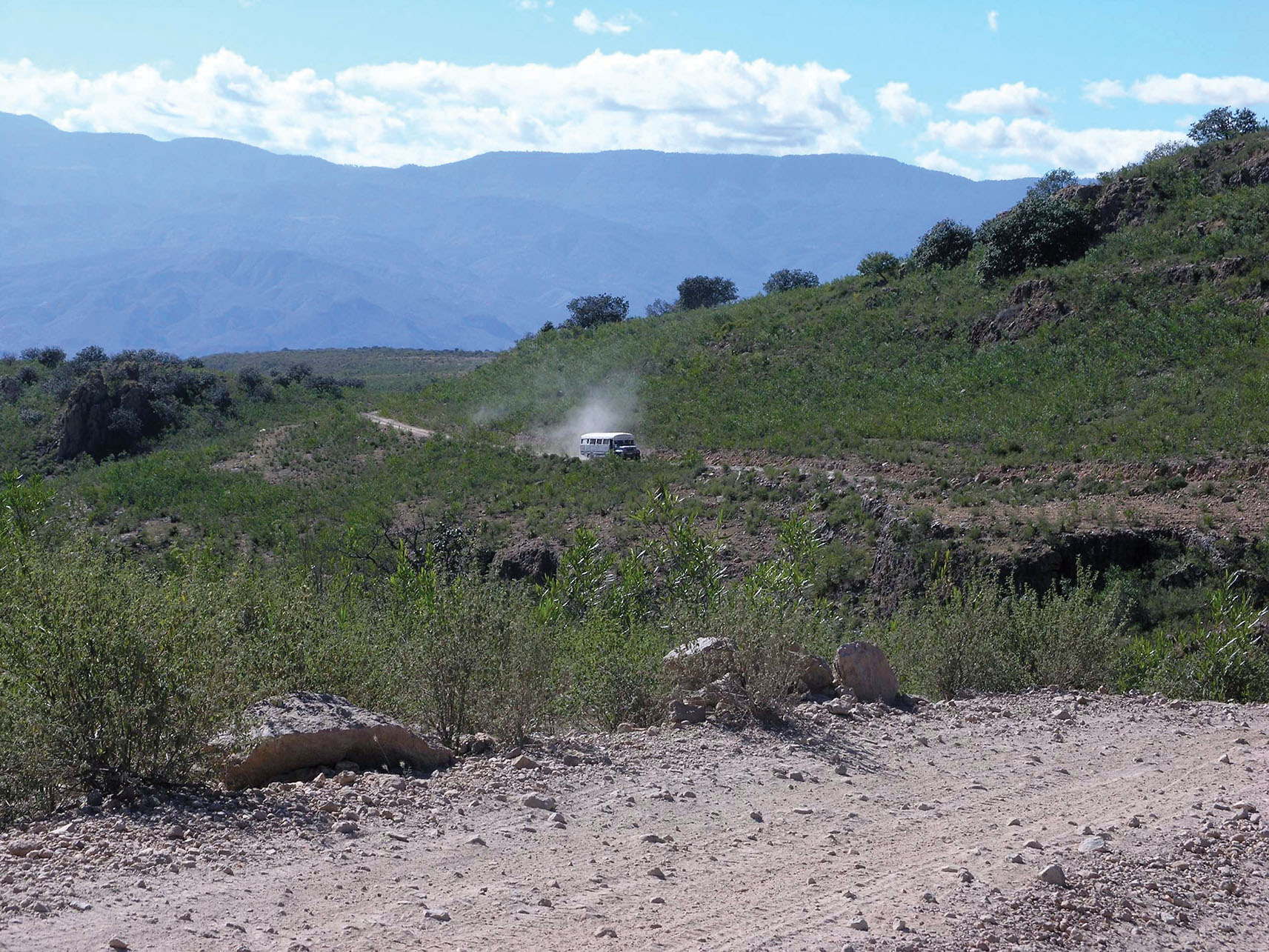 In August of 2010, in the northern state of Tamaulipas, some 100 miles from the U.S. border, the bodies of 72 undocumented migrants were discovered. Most had their hands tied behind their backs and had received a bullet to the head. They had been killed in the preceding 24 hours — that much we know thanks to a young Ecuadorean who survived the massacre — but almost every other fact about them was a mystery. No independent organization or journalist was allowed to interview the survivor before he was flown out of the country by the Ecuadorean government, but according to the account provided by the authorities, members of the notorious drug-trafficking group, the Zetas, herded all the victims off a bus travelling to the United States on August 22nd or 23rd, took them to an abandoned ranch on the outskirts of the town of San Fernando and asked them to join their group as henchmen. When the group unanimously refused, they were shot. It remains an uncorroborated story.

What we do know, now that all but a handful of the victims have been identified through DNA samples from their relatives, is that most of the victims were Central Americans (four others were from Ecuador and Brazil) and that, like an estimated 500,000 would-be migrants who make the same journey each year, they were travelling clandestinely through Mexico on their way to the United States to look for work. The news of their murder, which made headlines all across the country, hit Mexicans like the lash of a whip. We are ourselves a migrant nation; hundreds of thousands of our countrymen and women cross the border clandestinely every year, pulled by the magnet of the better wages and easier jobs to be found in el norte. The restrictions and humiliations continually imposed by the U.S. government on our aspiring migrants are a daily topic in the news, and now there was this: 72 of the poorest of the poor, the loneliest and most defenseless inhabitants of a region far poorer than our own, had been murdered — by our own.

The massacre created great problems for me as a journalist. The number of victims involved was out of the ordinary, but those of us who live in Mexico are subjected daily to accounts of terrible, gruesome bloodshed. Once the initial shock of the day’s number passes, no one wants to hear more about torture, death and suffering. Every day, we are subjected to the headlines — I speak for myself as well — and every day, the victims become merely corpses and then simply numbers, part of an inconceivable statistic. For months, I had been wrestling with this problem: how to write another story about the violence tearing Mexico apart without generating in my readers an uncontrollable impulse to turn the page or click the mouse? How to understand just who it was that died and present it to readers or viewers so that they would care?

In the end, I found that I could not come up with a piece of journalism that could truly evoke the life of each of the 72 victims. I had seen The New York Times’ valiant efforts in this direction, both after September 11th and during the Iraq war, and it seemed that by following the same formula for each of the fallen — a headshot, a short bio — sameness was achieved all over again. Also, a journalistic piece failed me emotionally. Like my friends, like so many others I was about to meet, I needed something more — an act of atonement, perhaps, or catharsis or even a prayer. I realized with no little shock that what I wanted was to build an altar, at least partly because in Mexico altars honoring the dead are a comforting and familiar part of our relationship with sorrow. That is how the online altar 72migrantes.com came about.

Initially, I thought of a real altar — I suppose you could call it 3-D — set up somewhere in Mexico City, but the idea didn’t last long. I’m neither an activist nor an artist, and I would have had no idea how to begin. Eventually, thinking about all the ingredients of an altar for Day of the Dead, it occurred to me that it might be possible to find an online form for the equivalent of an altar. How do we recognize an altar? It is most often laid out on a black cloth; it has bright orange marigolds; there are pictures of the deceased; we bring flowers, music and the deceased’s favorite foods; and we bring our loved ones to life again by talking about them and reviving our memory.

In lieu of conversations about the dead, I thought of short texts by Mexican writers. And so the online altar 72migrantes.com has 72 pages, 72 texts and 72 photographs on a black background, with trim the color of marigolds. Designers and programmers volunteered their services to set up the virtual altar. Seventy-two writers, journalists and human rights activists volunteered to write a story each about one of the victims. It turned out to be impossible to get a picture of all but a handful of those killed. Instead, 16 different photographers sent in photographs of Central American migrants making their journey across Mexico. For the serenade, four musical groups from Mexico, including the beloved rock band Maldita Vecindad and Lila Downs and her band, sent in music related to the border or to the altar, which can be downloaded on a separate page. Instead of food, there is a page where viewers who are travelling through the website can make donations to an overnight shelter in Oaxaca that feeds and provides safe haven to as many as 800 migrants a day. Lastly, there is a page where viewers who may not have money to donate can click on a small rose and add their flower offering to a picture of an altar.

So that was that, or so I thought. We presented the 72migrantes website on the Day of the Dead — November 2, 2010 — and I prepared to move on to other projects. But I had not counted on the need felt by so many to express their sorrow over the terrible things happening in our country. A hundred people had come together in a matter of weeks to put up the altar, but since then offshoots have appeared spontaneously in places we could not have imagined. Most simply, 72migrantes.com’s texts and photographs have been reproduced in newspapers and magazines in Argentina, Bolivia, Colombia, El Salvador, Guatemala, Mexico, the United States, Italy and Spain, that I am aware of. Next, all the texts and photographs were published as a book. At the launch, on November 2, 2011, at the Museo de la Ciudad de Mexico, the museum’s director set up a multimedia altar that is an artwork in itself. Then six of the texts were dramatized and turned into a one-hour play. Perhaps the altar has found its largest audience on the radio. Between April and August of last year, the radio station of Mexico’s national university broadcast all 72 texts on 72 consecutive days, culminating on the anniversary of the massacre. The station, Radio Unam, functions more or less as the country’s National Public Radio; the producers’ hope is that as many public broadcasting stations as possible will pick up the beautifully produced series. (Several already have, particularly in Central America and along the border.) We are constantly told of other creative efforts involving texts and images from 72migrantes.com. The two sample texts on the preceding pages give you a small idea of the wide range of narrative forms employed by the altar’s contributors.

Since the altar was inaugurated, all but a handful of the bodies found at the ranch in San Fernando have been identified, but almost every other question about the massacre remains unanswered. If the murders were indeed punishment by the Zetas against those who refused to join their group, did the Zetas really intend to recruit the 16-year-old girl and the man in his fifties, who were among the dead? Who was responsible for the murder of nearly 200 other migrants, whose bodies were found in the same municipio of San Fernando six months later? After those corpses were discovered, bus drivers from some of the oldest and most reliable transportation companies in Mexico told reporters that for weeks they had complained to police officers at a nearby checkpoint that their vehicles were being stopped on the highway by Zetas, who would then climb aboard and drag out several men at a time. If this is true, how have the investigations proceeded? Of the more than 80 arrests that the government has made since the massacre, most of them over a year ago, how many detainees turned out to be members of the security forces? How many have been put on trial, and when did these trials take place? How many have been declared guilty and sentenced? Who has been accused of the murder of the government investigator who was assigned to the case less than 48 hours after the discovery of the corpses at the ranch in San Fernando and was found dead before his appointment had even been made public?

We may never get answers to these questions. The victims’ families may never get the justice they demand. But we can at least try to keep the memory of these victims alive, in the name of so many others.

Alma Guillermoprieto is an award-winning journalist and author. She was a visiting scholar at CLAS during the spring 2012 semester and gave a public talk on February 9, 2012. 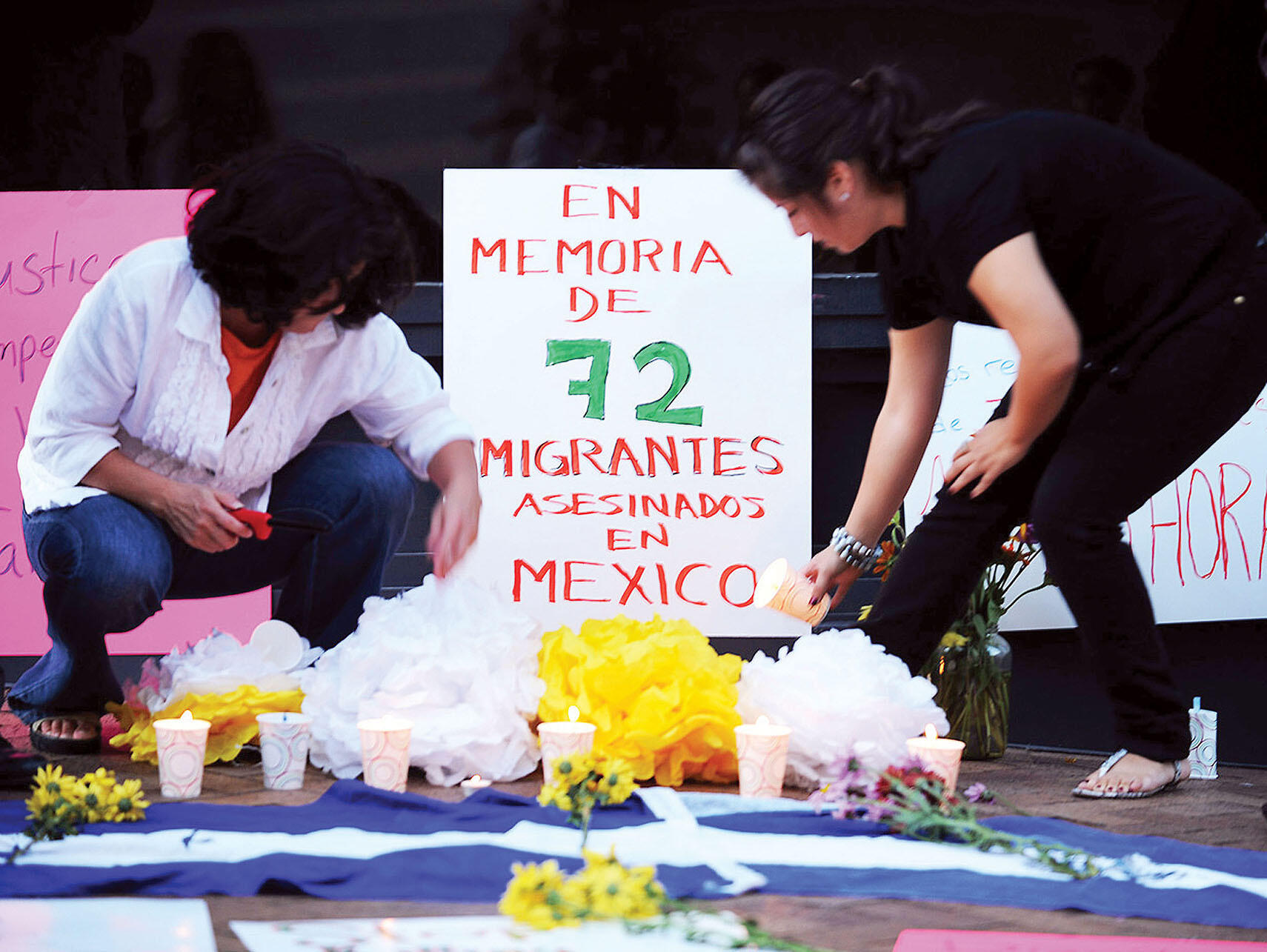 From the Berkeley Review of Latin American Studies, Fall 2011