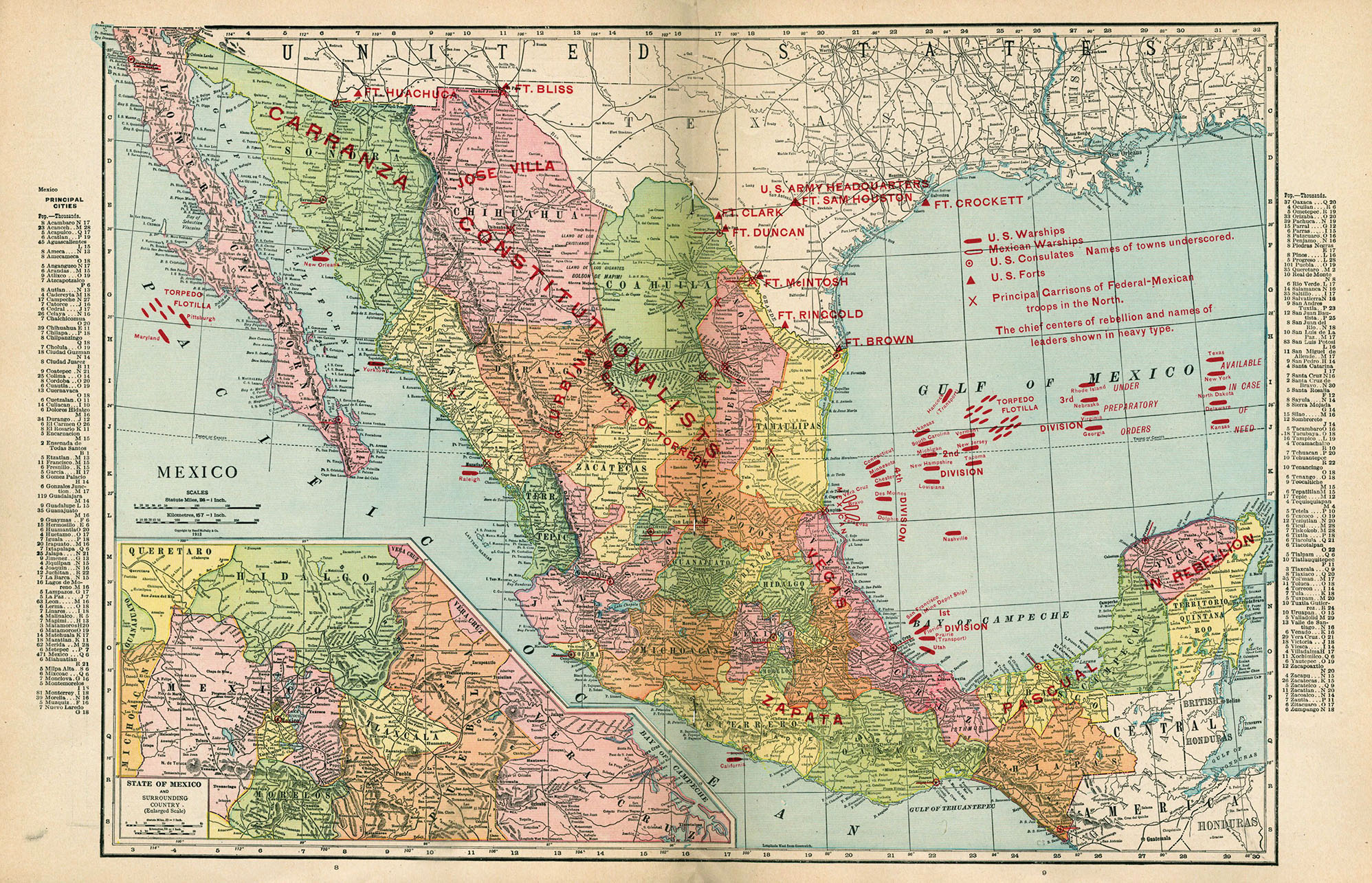 The Return of Comrade Ricardo Flores Magón explores the relationship between exile and ideology by way of a biography of a transnational grassroots movement that was active through the whole of Mexico’s revolutionary era, at the start of the 20th century. Against the wishes of its militants, who were adamantly oppposed to hero worship and to any aspiring caudillo, this movement has come to be known as magonismo, obscuring the depth and seriousness of its militants’ ideological commitments. Indeed, there is in this story a tension between ideological identification and leadership. As a result, the relationship between ideology and personhood is at the center of my inquiry.

The first iteration of the problem that eventually led to the research and writing of this nonfiction novel was a paper that I presented in 1999 at the University of Chicago, at a conference to honor the publication of Friedrich Katz’s monumental book, The Life and Times of Pancho Villa. The paper’s title was “On the Ideological Incoherence of the Mexican Revolution.” Although I never published the paper, I believe that it was there that I first visualized the question that would some years later give rise to my book. The problem that I tried to tackle was the following:

The superiority of charismatic leadership over ideological influence as the prodominant form of political identification during the Mexican Revolution has long been recognized in public discussion. The fact that revolutionaries identified themselves principally as followers of leaders — as carrancistas or villistas or zapatistas, for instance — rather than as militants who adhered to a cause or an ideology was often interpreted as a sign of a lack of ideological formation or, at the very least, of ideological inconsistency.

Based on Katz’s study, I explored a paradox that promised to shed some light on the causes of this ideological inconsistency. Katz had proved that Pancho Villa was an agrarista and that he favored the breakup of the great landed estates and their distribution to the peasantry. And indeed Villa did confiscate a number of estates, but he did not distribute land.

The causes of his unwillingness to go through with land reform can be found in the geography of the armed struggle: Pancho Villa’s stronghold was in the northern states of Chihuahua and Durango, but his attempt to take power involved moving his armies southward and fanning out east and west. If Villa had distributed the land confiscated in Chihuahua and elsewhere, his soldiers would in all likelihood have stayed put, not wishing to leave their newly acquired land untended and unguarded. On the other hand, the alternative — distributing confiscated land to men other than his own soldiers — would have been political suicide. Indeed, Villa’s model for agrarian reform, the colonia militar, was intimately tied to soldiering, unlike the traditional ejido, which was based on community rights to restitution of land from encroaching haciendas. Under villismo, agrarian distribution would have promoted the citizen-soldier as the rural ideal.

Thus, one of historians’ key difficulties before Katz’s work, which pinpointed Pancho Villa’s ideological stance on land distribution, could be explained with reference to the relationship between politics and geography. Would a similar operation work for understanding the inconsistencies of carrancismo? In my conference paper, I argued that it could and that an analogous explanation could go a long way toward understanding the problem of ideological incoherence and ideological purity in Mexico’s revolution more generally.

For if Villa was a sort of unrealized or underachieving agrarista, it was just as true that Carranza was an unrealized or underachieving liberal. Carranza was not sympathetic to communal property. Individual holding has been key to liberal ideas of citizenship since the days of John Locke. If liberal revolutionaries, including Francisco Madero, favored the breakup of at least some latifundia, it was to promote and propagate small private holdings, with American farms serving as ideal types, and emphatically not to restore corporate landholdings like the ejido. And yet, that is what Carranza did in his decree of January 6, 1915.
Friedrich Katz’s analysis of the reasons why Villa did not distribute land helped me to frame a hypothesis concerning Carranza’s ideological inconsistency. Carranza had been driven from his native stronghold in northeastern Mexico and was operating out of Veracruz at the time of his agrarian law. In that rather precarious context, making agrarian concessions strengthened his local defensive position, while he could still mobilize his native northern troops to reconquer lost ground. Thus, in this case the geography of armed struggle again helped explain ideological incoherence. 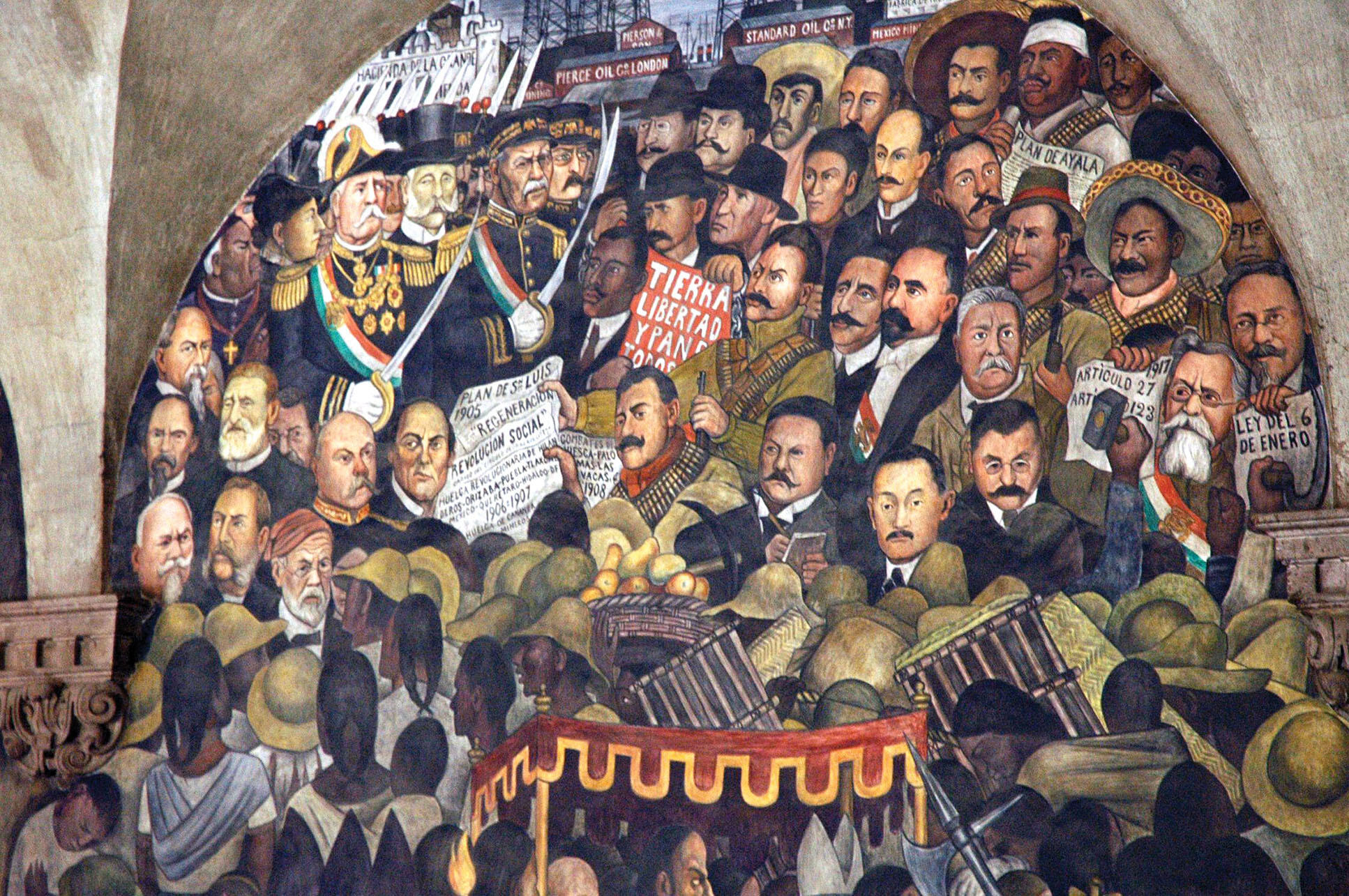 Finally, the one great caudillo who remained ideologically “pure,” Emiliano Zapata, achieved consistency at the expense of his ability to operate on a national scale. As John Womack has shown, zapatismo remained anchored to its stronghold in the region surrounding Morelos state and was unable to mobilize effectively beyond those confines, even to support Pancho Villa at the pivotal battle of Celaya. Thus, ideological coherence came at the expense of mobility, and so of competing effectively for leadership at the national level.

In a nutshell, then, my argument was that caudillismo could be understood not as a sign of a lack of ideology but rather as a pragmatic adaptation to a set of compromises that would be required for any movement to succeed. In a framework of this kind, ideological purity — symbolized around the mythical figure of Zapata, especially —could be mobilized to represent the essence or fundamental nature of the revolution, despite Zapata’s structural inability to take the helm of a genuinely national movement.

That was the argument of my paper back then. But I did not perfect it and move to publication because I realized soon enough that there was a fourth movement, beyond carrancismo, villismo, and zapatismo, that occupied a distinctive structural position. That was the movement headed by the Partido Liberal Mexicano — so-called magonismo — that was ideologically much more robust even than zapatismo but that had thrived on the U.S.-Mexico borderlands and especially in exile in the United States. Thus, whereas one of the poles of ideological purity, zapatismo, was grounded in Morelos, the other pole, magonismo, was deterritorialized and thrived in exile. 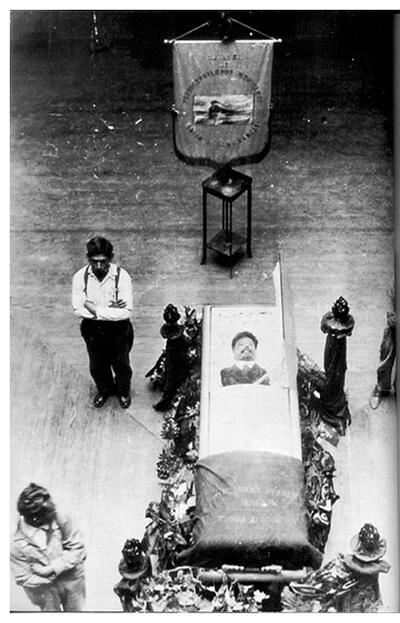 The ideological purity of magonismo has been broadly celebrated in the history and memory of the Mexican Revolution, but its relevance for understanding the revolution itself has always been shadier, a fact that is marked by the tendency to place the movement outside the revolution itself by declaring it to be a precursor. However, Ricardo Flores Magón died in Leavenworth Penitentiary in 1922, after the conclusion of the principal armed phase of the Mexican Revolution, and the PLM’s main press organ, Regeneración, folded as late as 1918. It is true that the PLM was the first to call for a revolution in Mexico and the first to develop a revolutionary program (in 1906), but it is also true that the movement continued into and throughout the entire Mexican Revolution. Thus it was fully contemporaneous with it and not merely a precursor movement.

So the question that led to my book was, quite simply, was it possible that revolutionary ideology had developed principally out of exile in the United States? If so, what was the role of transnational networks in its development? And what were some of the difficulties that this ideology faced in returning to Mexico?

This final question, the difficulty of repatriation, emerged as a question that was as personal as it was ideological. Many militants of the PLM did in fact return to Mexico or never left Mexico. Many participated actively in the Mexican Revolution: some of them in positions that were much more significant than has often been recognized and others, like Ricardo Flores Magón himself, in work that kept them in the United States for reasons that needed to be explained.
The theme of exile and return thus came to occupy a central place in my story, and it is the reason why Ricardo’s return to Mexico as a corpse and as a myth ended up serving as a key trope.

Claudio Lomnitz is the Campbell Family Professor of Anthropology in the Department of Latin American and Iberian Cultures at Columbia University. He spoke at UC Berkeley on October 21, 2014.