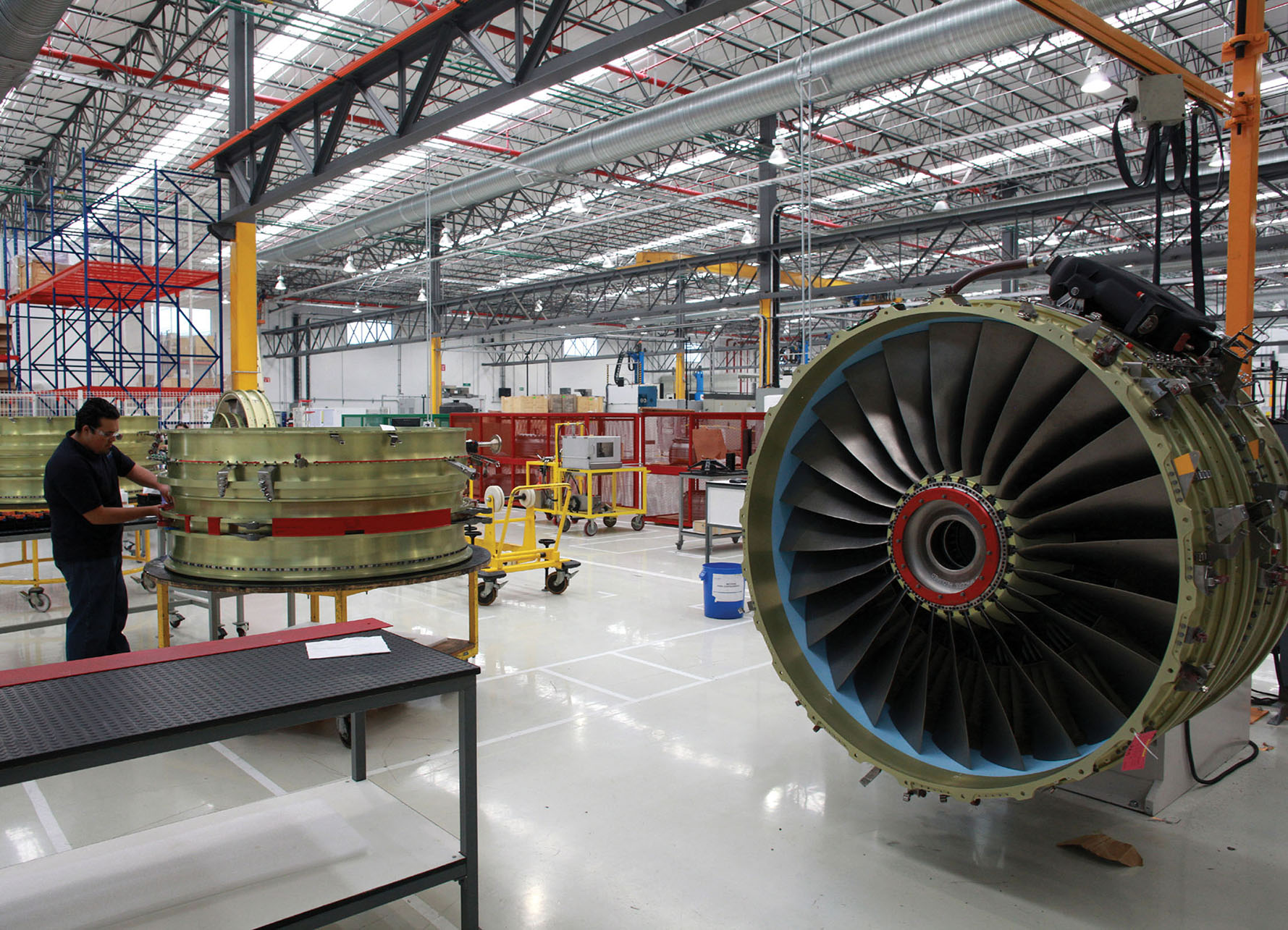 The state-of-the-art aircraft factory has machines that slice through carbon fiber sheets with lasers and oversized ovens that bake seamless molded fuselages. While it might look like a factory in Montreal, Canada, or Wichita, Kansas, this factory is in Querétaro, Mexico. Located in the north-central part of the country, Querétaro is one of Mexico’s smallest states. At just over 4,500 square miles, it could fit inside the U.S. state of Connecticut, and with a population of just under 2 million people, it is home to only 1.5 percent of the nation’s population. Querétaro’s small size, however, is at odds with its growing reputation as an economic success story, as the state’s governor, José Eduardo Calzada Rovirosa, relayed in his recent visit to UC Berkeley.

During this visit, Governor Calzada expounded on his political focus and the ways in which rapid population and economic growth present both opportunities and challenges for political leaders. In his time as governor of one of Mexico’s fastest-growing states, Calzada has worked to earn and keep his state’s prestigious reputation — no small feat in a country buffeted by political crisis and scandal.

The state has a long and important history of welcoming immigrants. When a traumatic earthquake devastated Mexico City in 1985, thousands went north in search of safety and security. Many of these newcomers found what they were looking for in Querétaro: the state ranks as one of the three safest in the country. Beyond security, infrastructure and sustained economic growth have laid the basis for a better quality of life. With programs in the capital like “Saca la Bici” (Get Out Your Bike), a weekly nighttime bicycle ride that regularly attracts 1,500 participants, the state is promoting an innovative image. 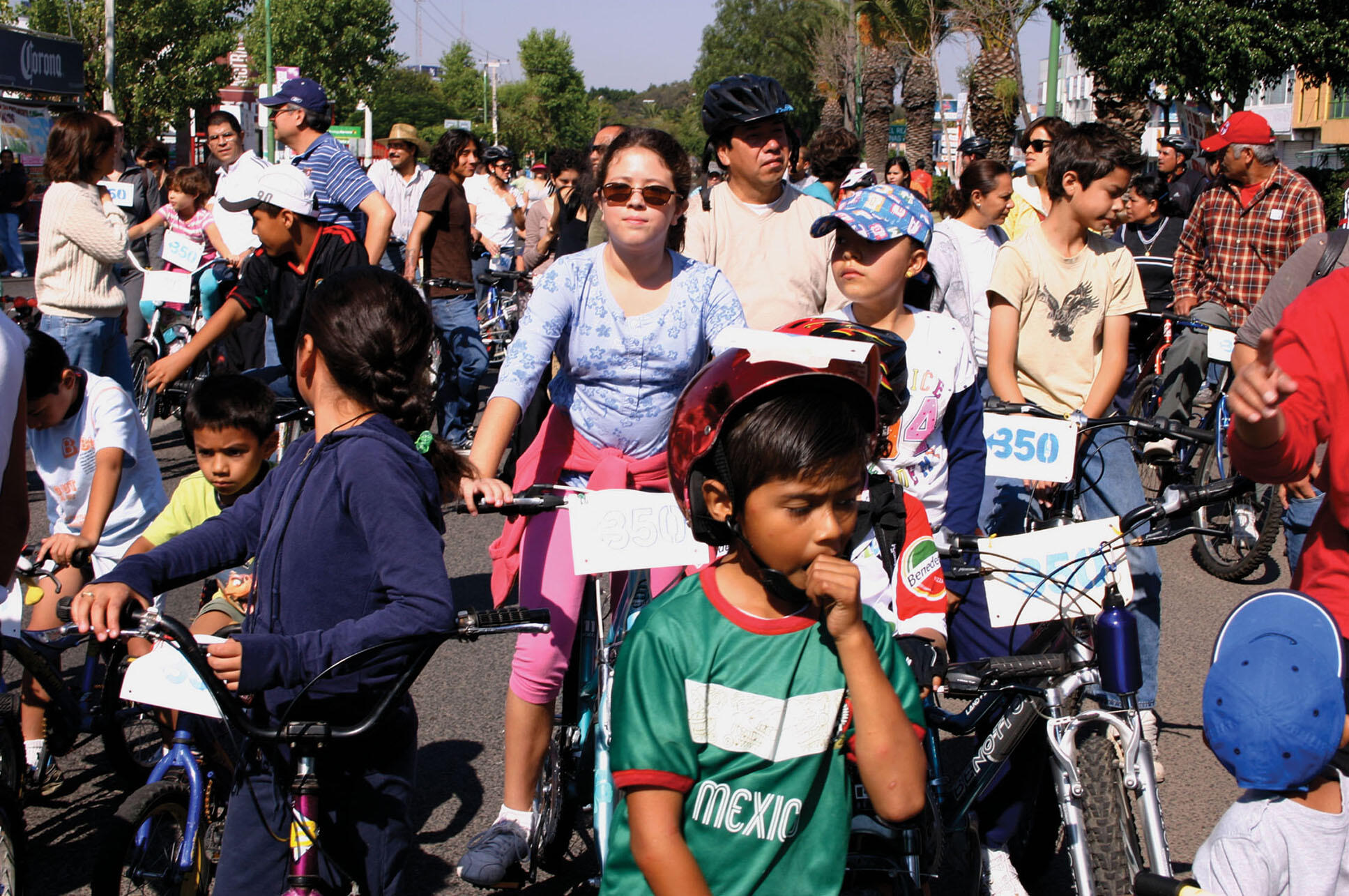 The Calzada government has emphasized three principal areas: household income, local manufacturing and supply, and infrastructure.
Under NAFTA, Querétaro’s economy has grown at an impressive 5.5 percent annually. This is proof that “NAFTA works,” Calzada said. He believes that increases in business income must be mirrored by increases in household income, so that economic gains are spread throughout the economy. The elimination of vehicle registration fees, he explained, is one means of achieving this goal. Registration taxes are maintained for luxury cars and corporations, showing the government’s willingness to enact policies favoring low and middle classes. Notably, Moody’s found that the decrease in government revenue from the elimination of registration taxes is not destabilizing the economy.

Manufacturing contributed 28 percent of Querétaro’s GDP in 2014 and attracted much of the state’s Foreign Direct Investment (FDI). Calzada stressed the importance of ensuring that industries within his state are not simply importing parts and exporting finished products, but are truly adding value to the products they manufacture. This value-added has become increasingly visible in two important industries: automobiles and aeronautics. The auto industry is responsible for 10 percent of the state’s GDP, and the aeronautics industry has grown from two companies a decade ago to 80 today. The state is now home to Mexico’s only purely aeronautical university, offering a range of programs from basic technician to aeronautical manufacturing engineering. In addition, suppliers, research and design, engineering services, and manufacturing all have located in Querétaro. The ability to completely design and build an airplane within the state’s borders is the type of value-added the state is striving for.

Calzada underscored the importance of improving infrastructure in pace with population growth. While other Mexican states invest an average of 5 to 7 percent of their annual budgets in infrastructure, Querétaro has invested 16 percent annually under Calzada. Public transportation is responsible for moving 650,000 people every day — approximately a third of the state’s population. In comparison, San Francisco’s BART system accommodates 420,000 riders per weekday. An up-and-coming bike-share program in the state’s capital, Santiago de Querétaro, burnishes the state’s innovative image and, combined with protected nature areas, helps preserve and improve air quality.

Querétaro’s economy has experienced strong and sustained growth for the past two decades. A focus on infrastructure investments and creating a nourishing environment for high-tech, value-added industries has certainly paid dividends. Calzada himself twice has been named best governor in Mexico. Given these accomplish-ments, it is important to note — and Calzada did — that the state faces ongoing challenges in education and security.

Despite graduating nearly 130,000 engineers per year (compared to the U.S. figure of less than 100,000), Calzada noted that only 33 percent of Mexico’s students have access to higher education. This means that for every 100 students who want to attend college, only 33 have the financial or logistical means to do so. Calzada underscored the need to address this deficit in education. Mexicans with unequal access to education cannot compete with their northern neighbors and other highly skilled workers in the global marketplace. Yet education is about more than just competition between the United States and Mexico. It is also about cooperation.

Currently, only 14,000 Mexican students attend U.S. community colleges or universities and 7,000 students from the United States are taking classes in Mexico. In comparison, 274,000 Chinese students and 54,000 Saudi Arabian students were enrolled in U.S. colleges and universities in 2014. On a July 2014 gubernatorial trade mission to Mexico, California’s Governor Jerry Brown signed an agreement with Mexico’s Ministry of Education with the goal of increasing the number of exchange students between the two countries.

Querétaro is not immune from security threats afflicting other parts of Mexico. Calzada noted that safety is a constant concern. It is also one that requires hypervigilance, given that the country’s most traveled interstate, Highway 57, cuts through the state. Querétaro’s accessibility via plane, car, truck, and passenger bus, makes the state’s 40 permanent police and military-monitored checkpoints an essential ingredient in maintaining security within the state’s borders.

Governor Calzada’s time in office may be waning, but Querétaro’s rising star is not. Through policies aimed at increasing incomes, investing in infrastructure, and improving local manufacturing, Calzada has emphasized his concern for what he calls a single bottom line: that citizens feel they are better off today than they were yesterday.

José Eduardo Calzada Rovirosa is governor of the Mexican state of Querétaro. He spoke for CLAS on January 23, 2015.

Brittany Arsiniega is a JD/Ph.D. student in Jurisprudence and Social Policy at UC Berkeley. 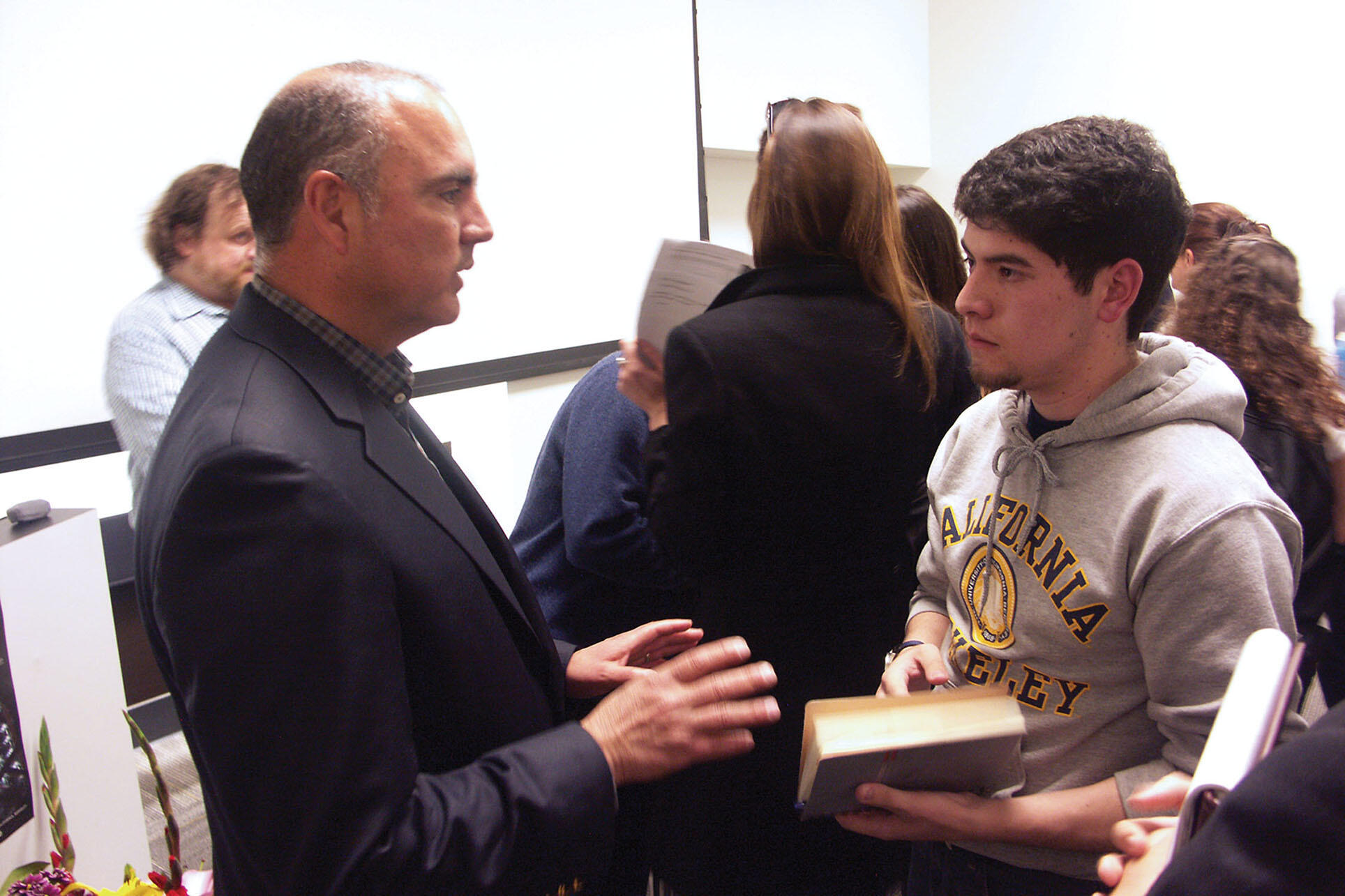