POETRY: Beyond the Mythic Mistral 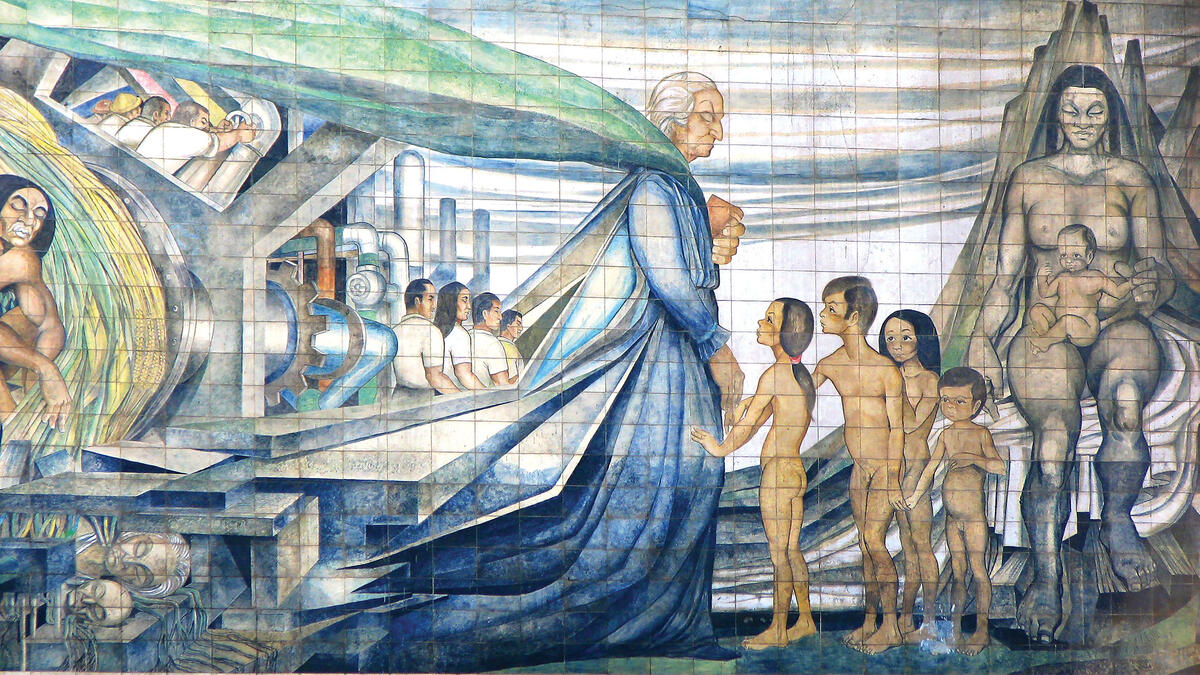 For the better part of a century, Gabriela Mistral’s poetry has been presented as (or imprisoned by) the characterization of the poet as a “teacher” and the “mother of America,” but these designations may stem from the power of myths externally imposed on Mistral and her work. The power of those myths are, to be sure, due in part to the seeming simplicity of her poems themselves, which can lead us to consider only the poetry’s surface levels, yet if we linger and press further into her works, we find they offer a rich, complex yield of great and lasting poetic achievement.

Mistral won the Nobel Prize for Literature in 1945, becoming the first Latin American to receive the award. In her acceptance speech, she called herself a “daughter of Chilean democracy,” honored to be put into dialogue with the admirable tradition of Swedish egalitarianism. The gesture not only expressed Mistral’s gracious appreciation, it also highlighted the poet’s profound sociopolitical and ethical commitments, the subject that animated the UC Berkeley Center for Latin American Studies lecture presented in February 2016 by Professor Soledad Falabella from the Universidad de Chile. In “The Poetry of Gabriela Mistral: On the 70th Anniversary of her Nobel Prize in Literature,” Falabella explored various themes manifested in Mistral’s poetry, highlighting issues of human rights, gender, exile, and democracy. Professor Falabella invited readers to take pleasure in Mistral’s work but to likewise perceive the multifaceted character lying just beneath the apparent ease and directness of her poetry. What emerges from such reconsideration is, Falabella emphasized, the poetic form’s capacity to illuminate sociopolitical reality.

Gabriela Mistral was born Lucila Godoy y Alcayaga in 1889 in the remote Valle de Elqui, in the present-day Coquimbo region of Chile. In a time and place where it was common for men to travel for work in agriculture and mining, Mistral grew up in a family of women. Significantly, her maternal grandmother was literate and an endlessly engaged reader of the Bible who taught Mistral to recite its verses. This heritage might help explain Mistral’s interest in the relation of poetic voice to oral and written language and her excellent ear for rhythm. Her sister, Emelina, was a teacher and another important figure to the young Mistral. Although she received little formal education, access to a culture of letters within the family was one of the fortuitous circumstances that marked Mistral’s childhood.

In her early adult life, Mistral was a schoolteacher, but after 1922, when she was invited to work on education reform in Mexico, Mistral began to travel extensively throughout Latin America, Europe, and the United States, where she spoke at universities, was awarded honorary degrees, and served as Chile’s first female diplomat. During this time, Mistral became deeply involved in issues related to human rights and the rights of children, especially after 1945.  Although she returned to Chile only for short periods, Mistral’s early life in Valle de Elqui and her relationship to the Chilean landscape and language (especially oral and biblical) and her contact with strong literate female figures continued to influence her poetic production.

Mistral was not known for being publically outspoken concerning issues of gender and exile; however, these themes are conspicuous in many of her poems. Falabella cites “La extranjera” (The outsider), from the section titled “Saudade” — a Portuguese word designating, among other things, nostalgic longing — in Mistral’s 1938 volume Tala (Destruction). In this poem, the speaker addresses a feeling that was, no doubt, the poet’s own, as well. It is the sense of being an outsider in three intimate areas of life: language, landscape, and religion.

The poem begins with comments from the “foreigner” overheard by the speaker: “Habla con dejo de sus mares bárbaros / con no sé qué algas y no sé que arenas” (She speaks with an accent about her barbaric seas / with I don’t know what kind of algae or sands). From this first line onward, the poem centers on language; what distinguishes the foreigner in the first encounter is her accent. Mistral herself may have felt keenly the difference between her Chilean Spanish and the more universally accepted accents of the other places she traveled in Latin America. Moreover, it isn’t just that the poem’s foreigner has an accent; her objects of conversation are distant and incomprehensible. The “seas” she talks about and the names she uses for the flora and landscape are unintelligible as well. The poem’s indication that such unintelligibility may be seen or heard as “barbaric” (from the Greek bárbaros, which later became the Latin barbaricus, one who speaks neither Greek nor Latin) suggests how powerfully linguistic difference may operate in the service of hierarchy and inequality.

The importance of oral speech surfaces, too, in the poem’s lines about the prayer: “reza oración a dios sin bulto y peso, / envejecida como si muriera” (She prays to God without volume or weight / decrepit as if she might die). Religion is another signature of difference. The foreigner prays to God in such different terms that He becomes unrecognizable to the speaker; He lacks the “volume” and “weight” to which the speaker is accustomed.

Related to the question of the exile’s identity is the connection to the land itself, which takes on meaning in and as language. To talk about a garden, as the poem does, is to conjure the whole tradition of Arabic, Greek, and Latin poetry, for the garden is typically the setting for the lovers’ rendezvous. Here, it becomes a place of difficulty and pain, where “cactus” and “clawed herbs” grow: “Ese huerto nuestro que nos hizo extraño / ha puesto cactus y zarpadas hierbas” (This, our garden that made us strange / has grown cactus and clawed herbs). The garden stands also as a metaphor for the foreign woman’s genitalia, which in this case is a place of discomfort and resistance. One thinks of what it meant for a woman to travel alone, as Mistral did, and to consider as well the part that gender and gender hierarchy play in travel, where one is no longer home, even in one’s own body.

A crucial tension between a poem’s speaker and the poet’s own biographical history frequently propels Mistral’s work. Falabella draws attention to “La bailarina” (The dancer), in the famous “Locas mujeres” (Mad women) section of Lagar (Winepress, 1954), where the poem’s speaker imagines how the act of dancing — like any activity in which one forgets oneself — frees the dancer from her various identities (familial, class, national, etc.). The movement of the dancer’s body parallels the poem’s own movement, with its constant change in perspective. At first, we observe the dancer from the third-person point of view. The verbs are in the present continuous, so it’s as if the action were happening before our very eyes: “La bailarina ahora está danzando” (The dancer is dancing now). Later, as readers, we enter the poem when the verbs shift to the first-person plural. We become one with the dancer, her breath becomes our breath, “somos nosotros su jadeado pecho, / su palidez exangüe, el loco grito / tirado hacia el poniente y el levante” (We are her panting breast / her exhausted pallor, the mad cry / thrown to the West and the East). The breath of the dancer becomes our breath, not only as we identify with her, but also physically as we read the poem. This return to the breath also becomes a return to the word.

Another poem “A dónde es que tú me llevas,” from the posthumously published Poema de Chile (Poem of Chile, 1967), focuses on orality in a dialogue between mother and child that stands in for a social discourse about home and belonging. The two figures are on a journey, and the child complains that they have no place to call home: “O es, di, que nunca tendremos / eso que llamas “la casa” / donde yo duerma sin miedo / de viento, rayo y nevadas” (Or is it, tell me, that we’ll never have / what you call ‘home’ / where I can sleep without fear / of the wind or lightning or snow). The mother converses with the child until the problem is resolved in the final stanza, where it’s revealed that the relationship between mother and child represents the struggle for the working men and women to provide a home for their families. The message is one of salvation:

The poem alludes to post-World War II Chilean agrarian reforms; the message is that there should be land for everyone without discrimination. This theme relates to Mistral’s lifelong concerns with human rights, which picked up pace in the late 1940s, when she was directly involved in the writing of the Convention on the Prevention and Punishment of the Crime of Genocide, adopted by the United Nations on December 9, 1948, the day before the adoption of the Universal Declaration of Human Rights. Two other poems from Poema de Chile, “Reparto de Tierra” (Land distribution) and “Campesinos” (Farmers) also deal with land reform. The latter addresses intergenerational oral memory and explores how working the land without owning it is to labor in vain.

The relation between language and land also arises in the treatment of the indigenous Mapuche of Southern Chile. In the poem “Araucanos” (Araucanians), Mistral uses the now-antiquated term to name the people who were killed during the extermination programs that sought to “Chileanize Chile.” The Mapuche are strangely both absent and present, she writes:

The poem seeks to bring back the Mapuche by naming them: “Di cómo se llaman, dilo” (Say their name, say it). Later, the speaker asks us to participate in the naming and also recognize the damage done, “Nómbrala tú, di conmigo: / brava-gente-araucana. / Sigue diciendo: cayeron” (Name them, say it with me: / brave-Araucanian-people. / Keep saying: they fell). The structure is one of doing and undoing the voice that normally names; the point is genuinely to bring things to life in the act of naming and to recognize and counteract prior histories of destruction. Once again, Mistral’s work shows itself to be more complex and committed than might have appeared at first glance.

On the 70th anniversary of her acceptance of the Nobel Prize, the work of Gabriela Mistral deserves our renewed attention. May we plumb the depths of her poems to discover, beyond their apparent simplicity, a deep engagement with and mastery of poetic form and a testament to Mistral’s commitment to the enduring social and ethical causes around which she built her life and her art.

Soledad Falabella is a Professor at the Universidad de Chile and Director of ESE:O, a non-profit organization that promotes the teaching and practice of writing to empower communities. She spoke for CLAS on February 17, 2016.

Tara Phillips is a graduate student in Comparative Literature at UC Berkeley. 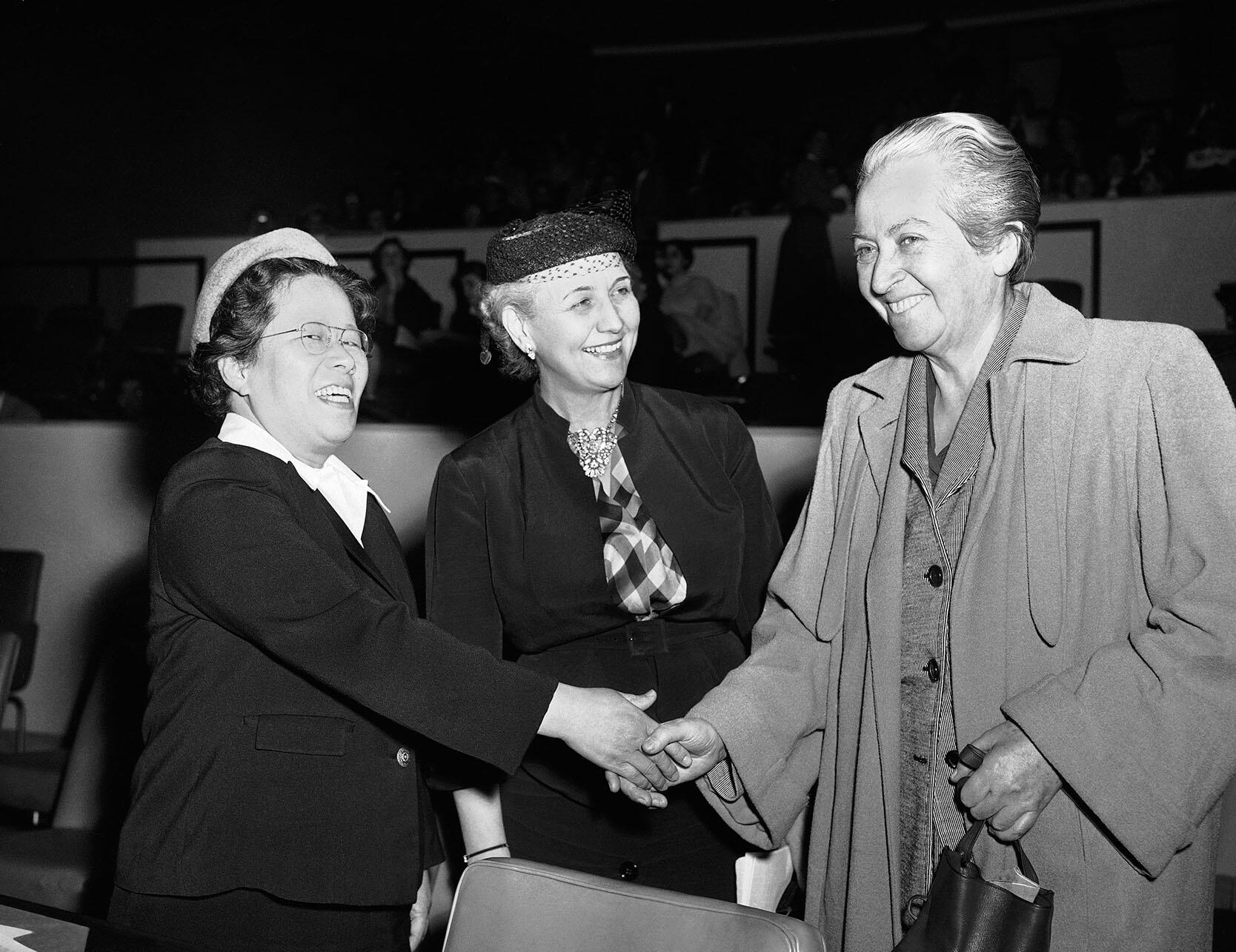