LAW: Expanding the Frontiers of Justice 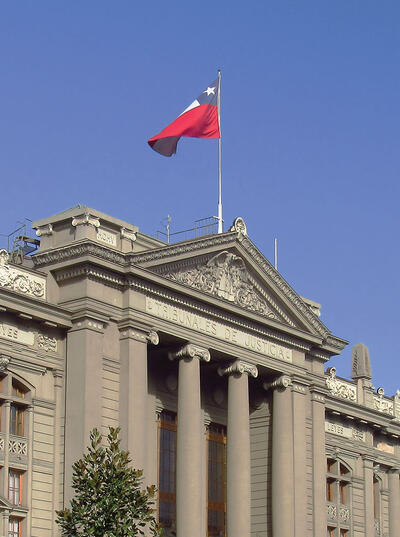 Judge Juan Guzmán of Chile was not supposed to be a radical. Indeed, he was born into an aristocratic family, his father a diplomat and poet. Yet, Judge Guzmán is perhaps best known as the first judge to indict former dictator Augusto Pinochet for murder in Chile and a key figure in investigating some of the worst crimes carried out during the dictatorship. As he followed the evidence and met with families of those killed and disappeared, Judge Guzmán himself began to change, rejecting the silence of the proper Chilean upper crust and speaking out on behalf of justice. He has been transformed personally and professionally and has likewise been a transformative force for his country.

Judge Guzmán has written a memoir, previously published in French and Spanish, now beautifully translated into English by Lezak Shallat. In the following excerpts, he talks about his early life and his initial exposure to the cases that would lead to Pinochet’s indictment in Chile. He describes the case of the Caravan of Death and the moment of Pinochet’s return from his forced 503-day house arrest in London. In the rest of the memoir, he describes the social class that surrounded him, his early encounters with the injustices of the justice system, and his subsequent attempts to bring Pinochet to trial at great personal risk.

Despite Judge Guzmán’s heroic efforts, Pinochet managed to keep the legal system at bay for years by claiming mental deficiencies, although in the end he was declared fit and was under house arrest awaiting trial when he died on International Human Rights Day (December 10) in 2006. At the time of his death, Augusto Pinochet faced more than 300 criminal charges, including participation in grave human rights-related crimes. In addition, investigations of Riggs Bank in the United States uncovered some of his secret off-shore bank accounts. By 2006, facing charges of massive tax evasion and embezzlement, Pinochet had lost many of his former supporters, as right-wing political parties scurried to distance themselves. It seemed that torture in the name of anti-Communism was one thing, but stealing millions was entirely more objectionable.

The 1998 detention of Pinochet in London, during the time that Judge Guzmán was first looking into emblematic cases like the Caravan of Death, was a high point for international justice. The notion that a former head of state could be arrested and detained for trial on torture charges outside his own country, based on international law prohibiting such conduct, electrified human rights advocates. It led to multiple charges filed against dictators elsewhere, with mixed results. It also brought home to Chile the weight of international law in dealing with these crimes and with the amnesties and other roadblocks to their prosecution.

Beyond the charges against Pinochet himself, Judge Guzmán’s initial investigations became a cascade. In the Caravan of Death case, 13 military officers were tried and convicted. In the case against Pinochet and others — filed by Communist Party leader Gladys Marin for the killing of her husband and other party leaders — 53 members of the secret police were convicted in 2018. According to the 2017 Human Rights Observatory undertaken by the Universidad Diego Portales, more than a thousand cases had been filed by 2016, including almost all the victims of death or forced disappearance and a much smaller number of systematic torture convictions. Some of the main architects of Pinochet’s repression received multiple prison sentences totaling hundreds of years. The justice system more or less converged on the idea that these cases have no statute of limitations. Neither could the 1973 Amnesty Law — still on the books despite promises of legislative change — stand in the way. Today, Chile has a Human Rights Ministry as well as a Museum of Memory and Human Rights.

Despite these advances, the road has not been easy. Many judges started imposing minimal sentences with no prison time, on grounds that the cases had gone on for so long that the elderly defendants deserved a break. Military officers mostly served their time in country club-like prisons. The civilians and business leaders who were complicit are only now being called to public account, including through the recently published book, Complicidad económica con la dictadura chilena: Un país desigual a la fuerza (Economic Complicity With the Dictatorship:  A Country Unequal by Force, LOM Ediciones, 2019). Some of the worst offenders will never stand trial, but like Pinochet, will be exemplars of the “biological impunity” that comes from delaying investigations and trials until many years after the events.

In retirement, Judge Guzmán became a law professor, a dean at the Universidad Central de Chile (UCEN), and an activist for the rights of Chile’s indigenous Mapuche. He continues to call for a new kind of judicial practice based on a commitment to the truth and recognition of the need to listen to the victims.

Naomi Roht-Arriaza is the Albert Abramson Distinguished Professor of Law at the University of California Hastings College of Law. In the course of writing her book, The Pinochet Effect: Transnational Justice in the Age of Human Rights (Penn Press, 2005), she came to know Judge Guzmán well.