In Chichigalpa, Nicaragua, everyone knows their creatinine level. Or at least it seems that way. Creatinine blood tests are used to measure the state of a patient’s kidneys. Too much creatinine in the blood — anything above 2.0 milligrams per deciliter — is an indication that the kidneys are seriously impaired. When I began meeting people in Chichigalpa for my research in the summer of 2017, they often introduced themselves to me with their creatinine level — without any solicitation on my part — as if it were their last name.

Chichigalpa is a small town in western Nicaragua, known primarily for its mammoth sugarcane production and for being the home of the Flor de Caña rum distillery, one of the country’s most iconic exports. But, in recent years, Chichigalpa has also gained notoriety for being ground zero of one of Central America’s largest, deadliest, and most mysterious epidemics: chronic kidney disease (CKD).

Over the past two decades, CKD has claimed thousands of lives, primarily among young men living on the Pacific coasts of El Salvador and Nicaragua. It is estimated that since 2000, the disease has killed more than 20,000 people in these two Central American countries alone. Along with violence, kidney failure is one of the top causes of death for young men in El Salvador. Indeed, the epidemic so heavily impacted a specific area in Chichigalpa — Guanacastal Sur — that this neighborhood was dubbed “La Isla de Viudas” (The Island of Widows), after many of the community’s young men died.

Although it has received greater attention from epidemiologists in recent years, the etiology of the disease continues to elude researchers. This peculiar outbreak of kidney disease has been so extensive in Central America that some epidemiologists created a new name for it: Mesoamerican nephropathy. But other researchers — like Dr. Ramón García-Trabanino, a nephrologist based in the capital of El Salvador — simply call it a “silent massacre.”

García-Trabanino put the CKD epidemic on the map by publishing some of the first journal articles on the phenomenon. While working in San Salvador’s Rosales National Hospital in the late 1990s, he unexpectedly began seeing cases of young men — mostly residents from coastal towns — with late-stage kidney disease. These young men, he recounted, often died within days or weeks of their first visit to the hospital. Out of sheer necessity — and a healthy dose of curiosity — García-Trabanino began to research this odd influx of CKD patients. After nearly two decades studying the disease, García-Trabanino seems to have more questions than answers.

Fortunately, García-Trabanino is no longer the only person researching the epidemic. Countless articles on studies using multiple methods and reaching various conclusions have now been published on CKD in Central America. As research has progressed, several theories have emerged on the cause of the disease. For his part, García-Trabanino proudly states that he is more committed than ever to scientific doubt, rather than certainty.

Yet this uncertainty shouldn’t be mistaken for indifference. García-Trabanino speaks passionately about the need for a more comprehensive response to an epidemic that has remained silent partly due to the nature of the disease and partly because it impacts poor rural communities that tend to be neglected by the medical system. While García-Trabanino doubts that any single cause will emerge as the primary culprit for CKD, there does appear to be a growing consensus on some common factors among its victims.

Agricultural work, particularly in the sugarcane industry, is one of those key factors. But what about this work could possibly be leading to kidney disease? Studies by Dr. Carlos Orantes, a nephrologist and researcher with El Salvador’s Instituto Nacional de Salud (National Institute of Health), pointed to pesticides as a possible factor. In response to this research, El Salvador’s legislature approved a decree prohibiting the sale of 53 agrochemicals in 2013.

However, some researchers, including García-Trabanino, remain doubtful about the role of pesticides, arguing that studies conducted by Orantes’s team never actually showed a statistically significant connection between exposure to pesticides and CKD prevalence. Pesticides, some researchers argue, were simply a politically expedient culprit used by the current left-wing Frente Farabundo Martí para la Liberación (FMLN, Farabundo Martí Liberation Front) government to challenge the power of Alfredo Cristiani, the former president of El Salvador from the right-wing Alianza Republicana Nacionalista (ARENA, National Republican Alliance) party and owner of a subsidiary of the agricultural biotechnology giant Monsanto. 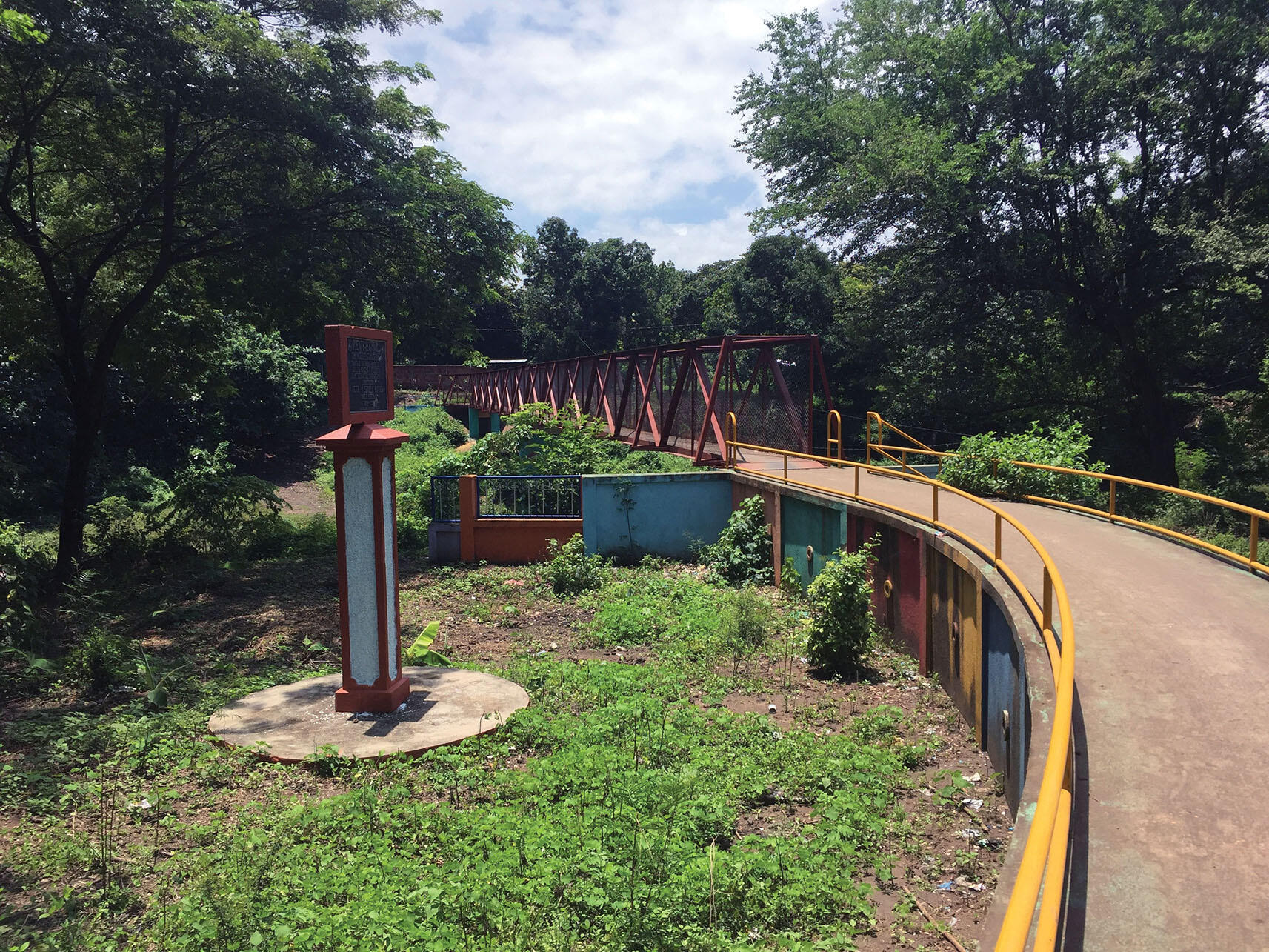 While some epidemiologists — including Sandra Peraza with the Programa de Trabajo y Salud en América Central (Program on Work and Health in Central America) at the Universidad de El Salvador — applaud the banning of pesticides, they don’t believe that this initiative will put an end to the CKD epidemic.

Peraza and García-Trabanino both argue that stronger links have been made between CKD and climate. Agricultural workers in the coastal lowland areas of El Salvador, where the climate is hotter and more humid, have a higher prevalence of CKD than their counterparts in higher-altitude inland areas. Thus, heat stress and dehydration from toiling in intense heat during long work days has emerged as another popular theory for the epidemic’s cause. Peraza hopes that this research can be used to advocate with El Salvador’s Ministry of Labor for stronger oversight of occupational health standards, such as the provision of rest breaks and water.

García-Trabanino is also quick to point to research indicating that agricultural workers are not the only ones being diagnosed with CKD: some of the men suffering from CKD work in the fishing industry or as truck drivers. While incidence of the disease continues to be much higher among men, he says that more women are also being diagnosed. Moreover, nephropathy epidemics among young men are beginning to be studied in other parts of the world, such as Sri Lanka and Egypt. García-Trabanino explains that these epidemics are all being registered in locations somewhere between the Equator and the Tropic of Cancer.

Such research raises the alarming possibility that a young person does not necessarily need to work in a highly strenuous job to acquire CKD if they live in areas with extreme heat. What might this hypothesis imply as these areas and other parts of the world grow hotter with climate change? Could agricultural workers in Central America simply be “climate canaries,” the first to be impacted by conditions that will spread?

For the young men who are living and dying with CKD in Chichigalpa, there is only one culprit: the Ingenio San Antonio (ISA), Nicaragua’s largest sugarcane refinery. This accusation makes sense, since Chichigalpa has essentially been a factory town for more than a century. For the most part, sugarcane production provides the only jobs. All of the men who have CKD have worked at the sugar mill, and they all place the blame squarely on the company. Most of the men I spoke with tend to believe that pesticides used by ISA had a role to play.

Grupo Pellas, the Nicaraguan conglomerate that owns the refinery, has consistently denied any responsibility for the disease. That is, until recently.

After years of promoting research and generating news about the CKD epidemic, La Isla Network (LIN), an international non-governmental public health organization, was finally able to convince the company to collaborate with them in implementing an occupational health protocol that they believe will curb the spread of the disease. The LIN protocol, dubbed the Worker Health and Efficiency (WE) Program, emphasizes that workers must use heat-appropriate clothing and have access to water, rest, and shade. Former rivals Grupo Pellas and LIN will now work together to pilot the program for the next two years. 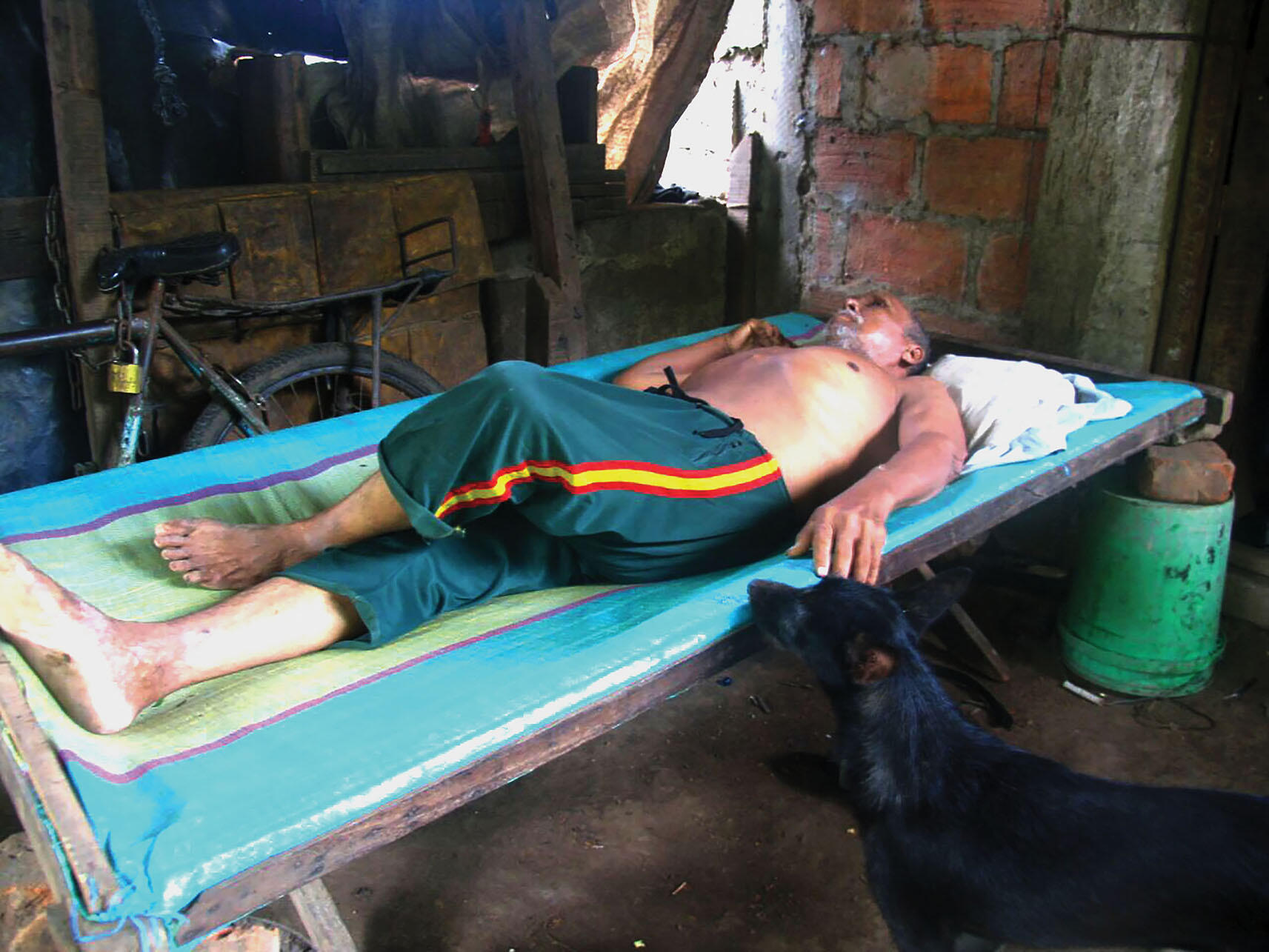 But both Grupo Pellas and the Nicaraguan government have yet to take full responsibility for the plight of the sugar refinery’s former employees who are still struggling with kidney disease. One former employee, Nelson, explained to me that if he goes to receive dialysis, he won’t be able to feed his two children. While the dialysis is covered by the social security from Nelson’s years of working at ISA, he must travel to Managua to receive the treatment, and the cost of the trip is not covered.

Former employees have founded a number of organizations to demand a response from the company and the government. But they say that their protests have been suppressed by the police or ignored by the media and that some of the organizations have been co-opted by the company. Indeed, when former workers occupied the entrance to the sugar mill in a protest in 2014, two men were shot by the police — one was killed, and the other was left paralyzed.

Bloodshed in the desire to get their blood cleaned. In Chichigalpa, blood and creatinine mean everything. While the mystery of CKD continues unresolved, life for these sugarcane workers goes on, and Chichigalpa recently opened its second cemetery.

Carlos Martinez is a Ph.D. student in the joint program in Medical Anthropology at UC Berkeley and UC San Francisco. He was the recipient of a Tinker Foundation Fellowship from CLAS in the summer of 2017.

From the Berkeley Review of Latin American Studies, Fall 2017