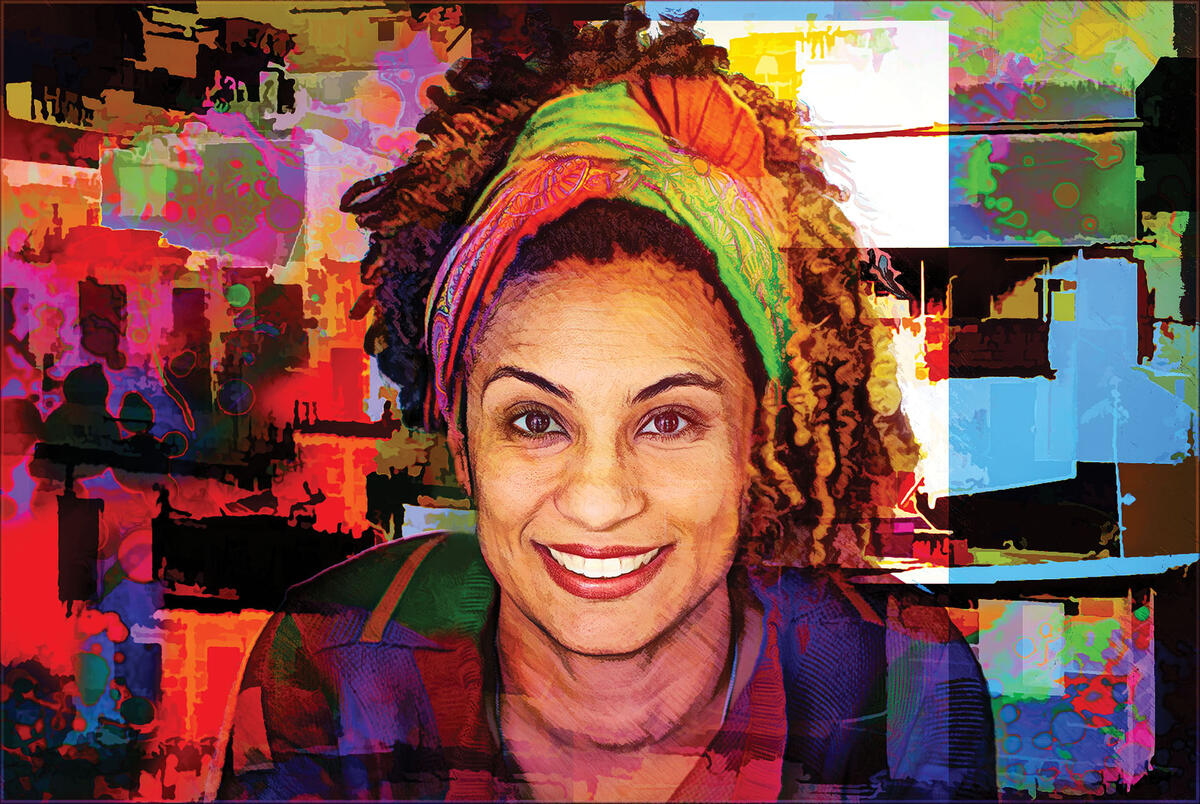 Born and raised in a favela in Rio de Janeiro, Marielle Franco (1979-2018) was a champion of human rights and one of the most outspoken Brazilian activists and politicians of her generation. Elected to the City Council of Rio de Janeiro in 2016, she organized grassroots and social media movements and chaired the Women’s Defense Commission, until her brutal assassination on March 14th, 2018 by para-military forces. Marielle’s assassination has made her an icon of democratic resistance and of the struggle for social justice in Brazil and beyond.

Cidinha da Silva is a writer in residence in the Spanish and Portuguese Department at UC Berkeley. She is a Brazilian prose writer, poet, and playwright, and the author of more than 11 books of chronicles, blogs, and short stories.

Tianna Paschel is an associate professor of African American Studies and Sociology at UC Berkeley. Her work focuses on the intersection of racial ideology, politics, and globalization in Latin America.

James N. Green is the Carlos Manuel de Céspedes Professor of Latin American History at Brown University and the author of several books, including Exile within Exiles: Herbert Daniel, Gay Brazilian Revolutionary and We Cannot Remain Silent: Opposition to the Brazilian Military Dictatorship.