ARGENTINA: Contending for the Future? 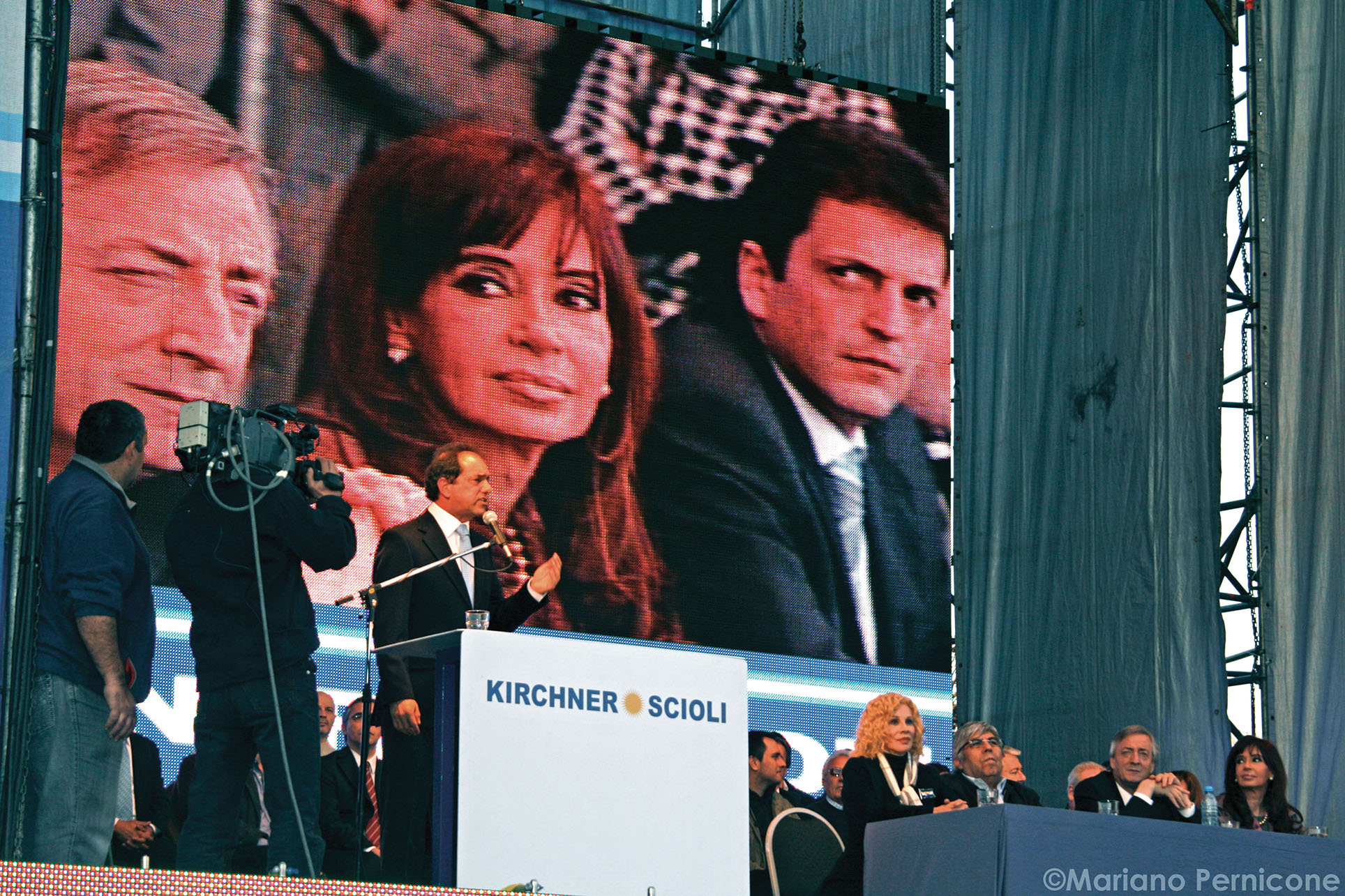 “Four hundred forty-one days from now, Argentina will end a phase,” said Sergio Massa, referring to the end of President Cristina Fernández de Kirchner’s term in office. Massa — once an ally of the president and of her late husband, the country’s former president, Néstor Kirchner — is today one of the strongest opposition figures in Argentina.

Until 2013, Sergio Massa was a central player in the Fernández de Kirchner administration. He served as director of the National Social Security Agency and even did a stint as cabinet chief from 2008 to 2009. However, in the 2013 midterm elections, Massa decided to run for Congress against Fernández de Kirchner’s party, the Frente Para la Victoria (FPV). He built a broad electoral coalition that included poor residents of the Buenos Aires Metropolitan Area as well as middle- and upper-class voters from the agricultural sector of Buenos Aires province. This coalition gave him a convincing 12-point victory over the FPV. The strategic decision to split from the Kirchner government and his ability to build a broad, multi-class coalition made Massa one of the frontrunners for the next presidential election.

In his talk at UC Berkeley, Massa argued that Argentina faces three main social and economic problems. First, the country’s inflation rate has destroyed any possibility of economic development, affecting expectations for both personal and industrial development. Second, Argentina’s lack of compliance with international agreements has impacted investment and access to international markets. Lastly, the Argentine state has been ineffectual in countering increases in violence, drug trafficking, and property crime.

The congressman then presented a set of proposals to solve the three problems he identified. He began by laying out policies designed to spur economic development, with a focus on four key sectors: agriculture, energy, telecommunications, and infrastructure. Argentina’s agricultural system should be the initial engine of the economic recovery, Massa argued. In order for this strategy to be successful, current taxation levels must be reduced and innovative ways to add value to agricultural primary products must be found. At the same time, the country’s energy sector must be revived. In particular, Massa emphasized the need to reduce energy imports and to generate the fiscal and tax conditions that would allow for greater investment in this sector. For the telecommunications industry, he suggested that incentives should be provided to reward companies that improve the quality of service. Lastly, Massa focused on the need to improve Argentina’s infrastructure, particularly trains, roads, hydroelectricity, and ports. These improvements could spark the development of regional economies that would boost the nation’s recovery. 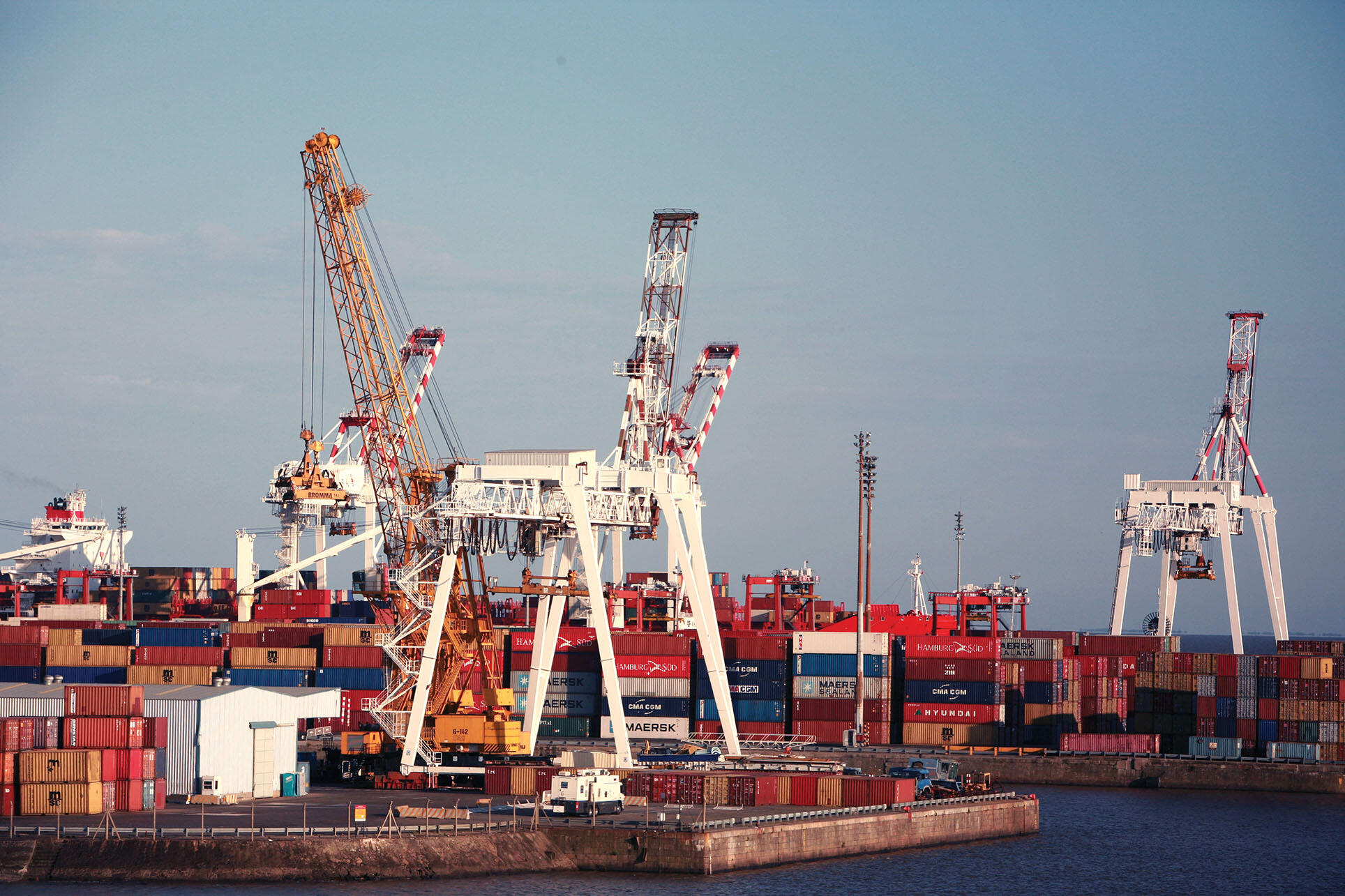 In order to invest in these development goals, Argentina’s second main problem must be solved: the lack of access to international markets. For the congressman, greater access to international markets would impact not only Argentina’s development matrix but also the quality of citizens’ lives. In particular, Massa proposed a program of interest-rate insurance that would allow access to mortgages for a million Argentines who do not own homes today. By imposing a government-backed ceiling on mortgage rates, the program would show that Argentina was making inflation reduction a serious goal. The interest-rate insurance program would be the anchor that would move all the other sectors of the economy to decrease inflation, Massa argued. He also maintained that the country should return to an independent, floating exchange rate and recover the independence of the Central Bank in order to regain access to international markets.

In relation to Argentina’s third problem — the lack of rule of law — Massa emphasized the need for an independent judicial system. Judges should have greater fiscal independence from the executive branch, and the judge selection process should be more independent, Massa argued. In addition, the congressman put forward anti-corruption measures, such as increasing jail terms for corrupt officials and eliminating statutes of limitations for corruption cases. Lastly, he proposed the creation of a stable national fund — coming from a fixed percentage of the gross domestic product — to fight poverty through the improvement of the education system.

According to Massa, the inability of previous administrations to implement this set of proposals is rooted in generational attitudes. He believes that, up until the present, governments have depended on polarizing social and political groups in order to maintain power. The 2015 elections present a fresh opportunity since a new generation — the first to be born since the return to democracy in 1983 — will come to power. This generation better understands the need to reach consensus and to build a country with rules, order, and progress, he argued. 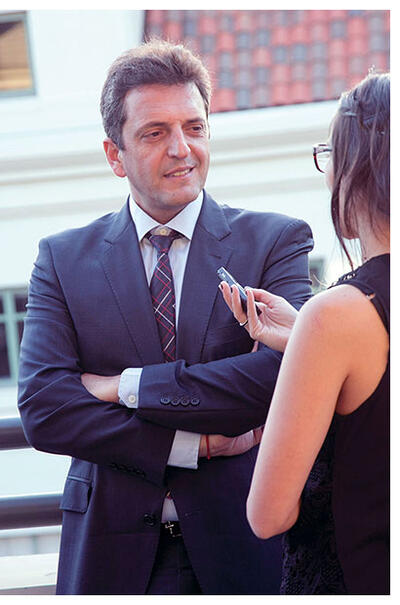 The challenge for Sergio Massa resides in making a credible claim that he is the person capable of fulfilling these promises. For many of the Kirchners’ critics, Massa has spent too many years as an insider to be a credible opponent. To supporters of kirchnerismo, Massa looks like a traitor. Furthermore, some of Massa’s recent political alliances undermine his claim to be the representative of a new political generation. In particular, he has been criticized for allying with two controversial mayors: Raúl Othacehé of Merlo and Jesús Cariglino of Malvinas Argentinas. Both Othacehé and Cariglino are old-guard Peronist mayors and have been accused of human rights violations and of employing anti-democratic measures that suppress political competition in their districts.

The identity of the next Argentine president remains uncertain. Besides Massa, the other two frontrunners are Daniel Scioli, the current governor of Buenos Aires province, and Mauricio Macri, the current mayor of the City of Buenos Aires. Macri is the only non-Peronist candidate of the three. Since 2005, he has built a new center-right political party, Propuesta Republicana (Republican Proposal, PRO), which has maintained stable electoral majorities in the City of Buenos Aires for the past eight years. In the next election, Macri aims to attract the non-Peronist vote and is positioning himself as the only true non-Kirchnerist candidate of the three. His challenge, though, resides in building a national party that extends beyond Buenos Aires city limits. While Macri has been able to generate high approval ratings nationally, his new party’s lack of presence in most Argentine provinces remains a serious obstacle to his presidential prospects.

Daniel Scioli, on the other hand, has been a strong ally of the Kirchners’ governments since 2003, when he began a four-year term as Néstor Kirchner’s vice president. Since 2007, he has been the governor of the largest and most important district in Argentina: the province of Buenos Aires, where he has maintained high approval ratings. While his relationship with the Kirchners has had several tense moments, Scioli has chosen to stay loyal to Cristina Fernández de Kirchner. Nevertheless, in the next presidential election, Scioli faces the challenge of obtaining part of the anti-Kirchnerist vote in order to build an electoral majority. While Scioli may inherit Fernández de Kirchner’s base of support, he also will be blamed for the current economic situation.

Despite their differences, Massa, Scioli, and Macri share a similar style. The three aim to portray themselves as young political figures who are beyond left–right ideologies and who prefer consensus to confrontation. The three emphasize the need to introduce efficient governing tools and to respond forcefully to violence and crime. Whether Peronist, Kirchnerist, or neither, chances are the next Argentine president will have a more center-right agenda than the current administration. As Sergio Massa said at UC Berkeley, Argentina’s next presidential election will be a turning point in the nation’s political life.

Sergio Massa is an Argentine congressman and the former mayor of Tigre. He spoke for the Center of Latin American Studies and the Center for Political Economy on September 22, 2014.

Eugenia Giraudy is a Ph.D. candidate in the Charles and Louise Travers Department of Political Science at UC Berkeley.