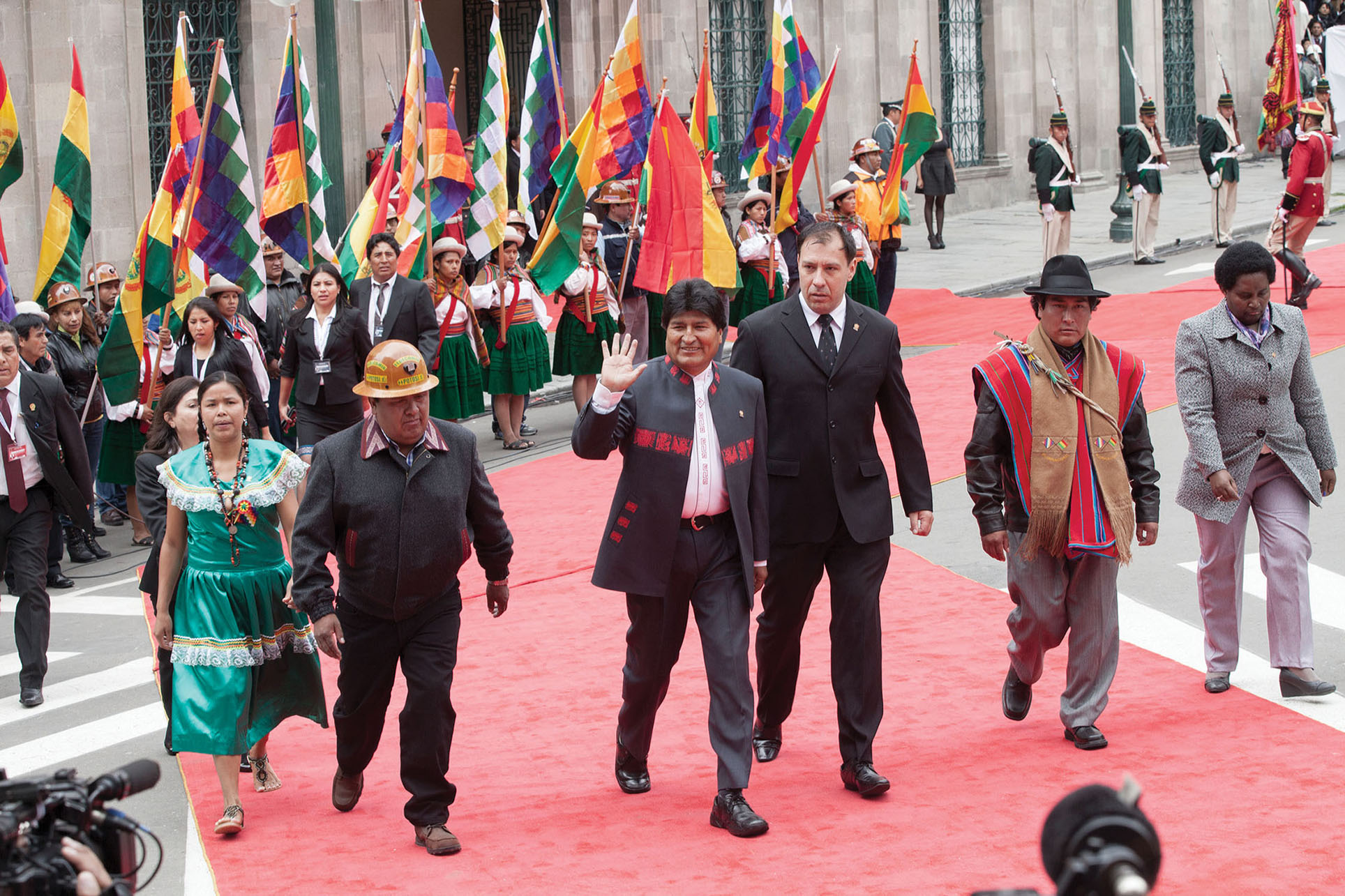 In December 2005, for the first time in its history, the majority-indigenous country Bolivia elected an indigenous candidate as president. Evo Morales and his left-wing Movimiento al Socialismo — Instrumento Político por la Soberanía de los Pueblos (Movement Toward Socialism — Political Instrument for the Sovereignty of the Peoples, MAS) garnered a decisive 53.7 percent of the presidential vote and a similar legislative vote share. This electoral success of the party, which had been founded only a decade earlier, constituted a watershed for the continent’s poorest country. For years, Bolivia had been plagued by various crises and tremendous economic and political instability and had seen five other presidents during the five years leading up to this election.

Since the MAS assumed office in January 2006, the country has made advances in the representation of traditionally marginalized groups, has experienced stable economic growth and decreases in poverty, and has largely stabilized politically. At the same time, many domestic participants and international observers of the country’s “proceso de cambio” — as the political transformation process led by the MAS is often called — have critically noted the concentration of power in the executive, the hegemonic position of the MAS within the political system, and the economy’s continued dependence on extractive industries. Linda Farthing, a long-time observer of Bolivia, discussed these developments in a talk at UC Berkeley.

Over the last decade, the Bolivian political system has become considerably more representative than ever before. Traditionally marginalized groups such as women, indigenous populations, urban and rural poor, formal and informal workers, peasants, etc. have been incorporated into the political system in new ways. As Farthing explained, much of the protests and organizing efforts against the neoliberal reforms of the 1990s, which led to the increased prominence of the various social organizations at the base of the MAS, “can be understood as a response of people who never had a seat at their country’s decision-making table.” Founded as a political instrument to represent these movements in the electoral arena, the MAS has often spoken for those who were previously unheard and has nominated and appointed for political office those who were not part of the country’s old elite. 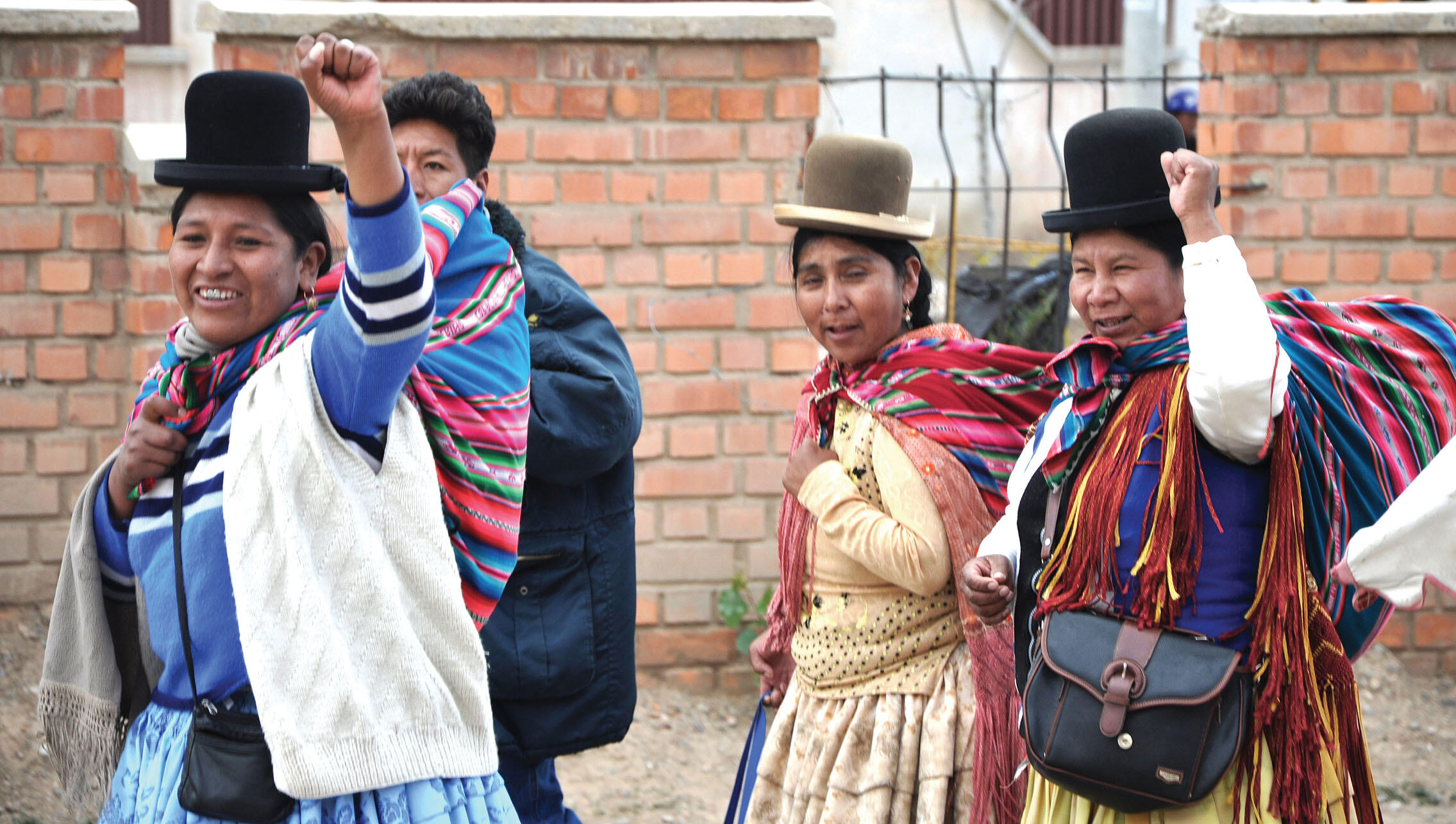 In this context, the country’s new plurinational constitution plays a crucial role. Going back to the popular protests during the early 2000s, wide segments of the population had demanded a constituent assembly to draft a new constitution to reflect Bolivia’s diverse character. In August 2006, a popularly elected constituent assembly began its work and, in January 2009, a clear majority of Bolivians approved the new constitution in a referendum. While the process of drafting the new constitution had some divisive effects, Farthing also pointed out that “never before had indigenous women sat beside white men in suits to debate the country’s future and its framing document.”

The advances are particularly evident when it comes to the representation of women. The MAS has appointed a large number of women to political office, and quota rules in the new constitution and electoral laws have ensured that currently 52 percent of the members of the Bolivian parliament — the Plurinational Legislative Assembly — are women. According to the Inter-Parliamentary Union, this makes Bolivia the country with the second-highest share of women in its lower house worldwide.

Notwithstanding these advances in representation, the MAS has exhibited tendencies to coopt the social movements and organizations at its base and has spurred conflicts and divisions within the coalition of social organizations.

The country has also experienced social achievements over the last decade. As Farthing emphasized, the MAS government has attained “impressive accomplishments” in poverty reduction through conditional cash-transfer programs, investments in rural infrastructure, and increases in the minimum wage. Furthermore, she said, “Bolivia’s middle class has soared by a million people, 10 percent of the population, and [that] economic growth is greater than it has been in decades.” At the same time, however, “in the cities, the urban poor have not seen the jobs, factories, and income that they fought for and watched as a new class of successful traders has become wealthy as the majority still struggle to survive.”

In spite of the progress in representation and social spending, many domestic activists — both from the left and the right — and international observers of the country’s development over the last nine years also have critically noted the extensive concentration of power in the executive, the hegemonic position of the MAS within the political party system, and the economy’s continued dependence on extractivism. While in Bolivia’s recent history an extensive concentration of power in the executive has hardly been unique to the MAS government and might be considered a “holdover from the past,” as Farthing contended, it still raises concerns from a liberal democratic perspective. These normative concerns might be further heightened by the hegemonic position of the MAS within the party system. Since the collapse of the traditional party system in the early 2000s, parties other than the MAS have struggled to gather stable electoral support from one election to the next and consolidate their party organizations.

Last, while much of the rents from the country’s vast hydrocarbon resource wealth are now being used to finance social spending and invest in infrastructure projects, the economy remains largely based on extractive industries. As Farthing argued, “Bolivia’s underlying economic structure has not changed. The country still relies on extraction with virtually no value added, financed by foreign capital.” She explained “the bind that the MAS is in” quite succinctly: “expanding extraction is the only option the government sees to pull the country out of centuries of poverty.” Besides the resulting dependence on international commodity markets, as well as price fluctuations and environmental impact, this failure to diversify the economy causes further problems for the country’s future economic development because the extractive industries do not absorb very much labor and have led only to limited backward linkages.

Farthing concluded that the MAS “has developed a patchwork program constrained in practice by continued dependence on income from extraction.” Bolivia under the MAS government has seen “significant cultural and symbolic changes and has definitely improved the overall living standards, but it certainly has not been able to usher in the profound transformation of the economic and political structures that so many Bolivians struggled for.”

Linda Farthing is co-author of three books and numerous articles on Bolivia. She spoke for CLAS on April 30, 2015.

Mathias Poertner is a Ph.D. candidate in the Charles and Louise Travers Department of Political Science at UC Berkeley. 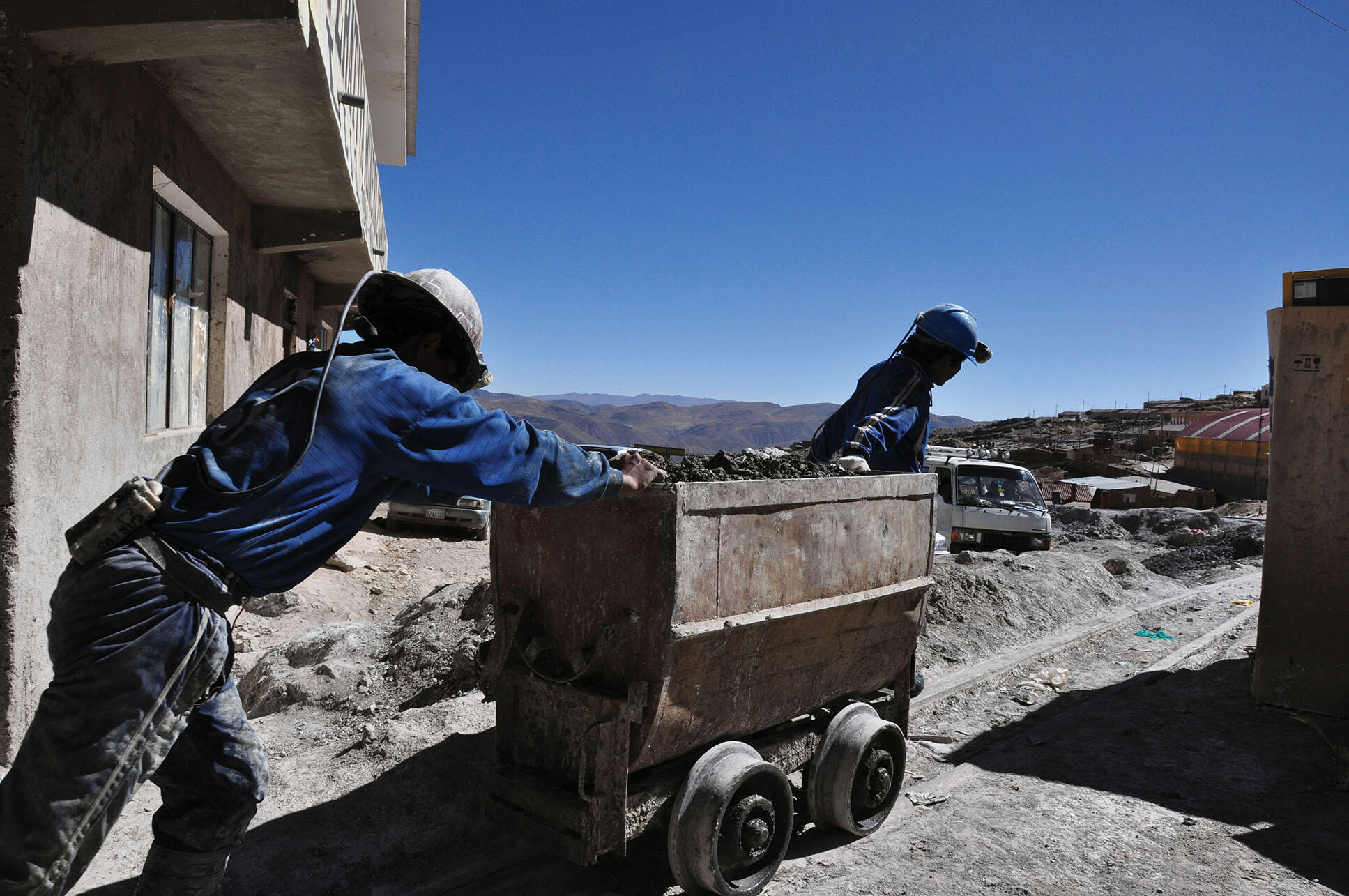