CHILE: The Demise of Pinochet's Constitution 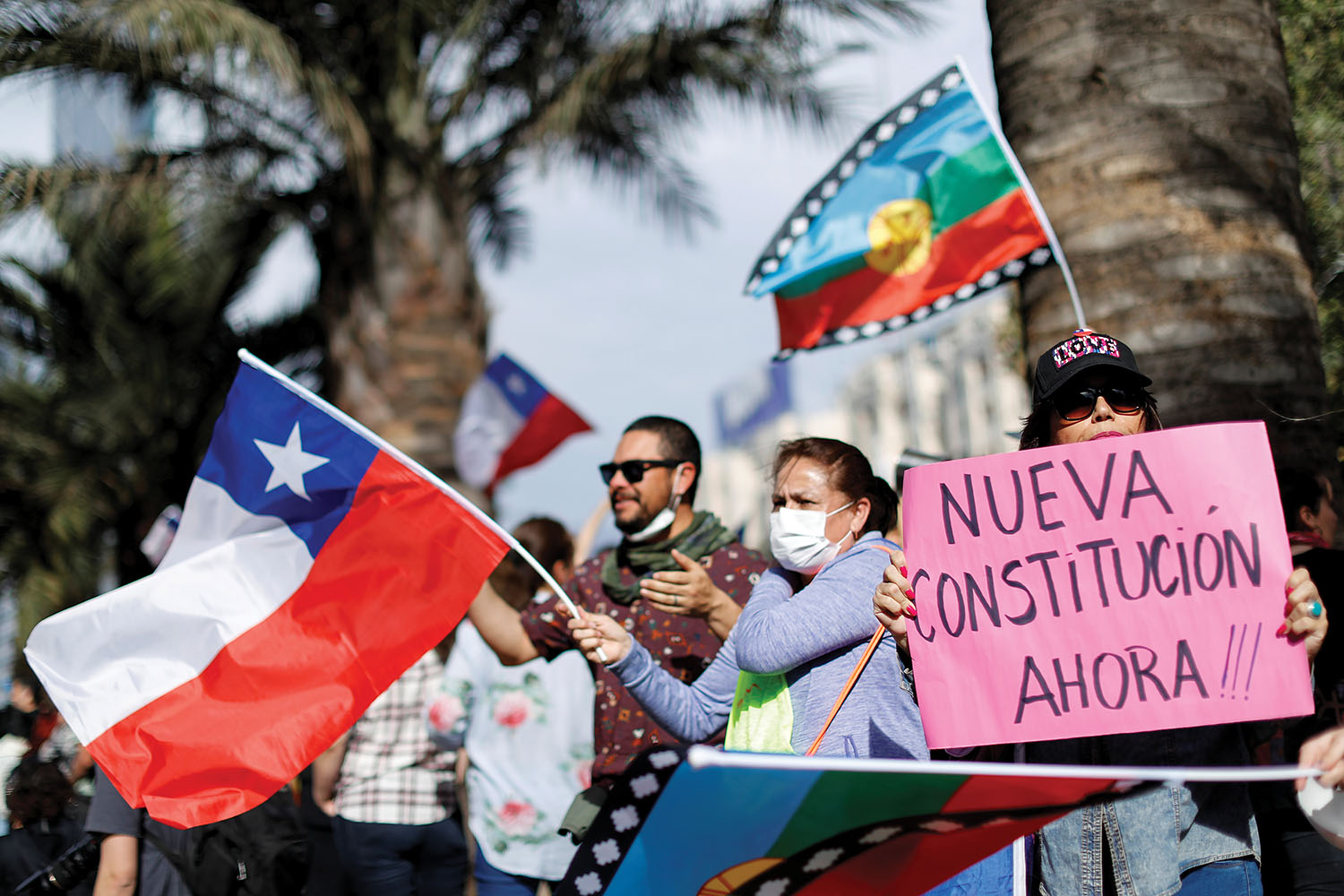 On October 25, 2020, Chile had one of the most consequential electoral events in a generation. That day, almost 80 percent of the voters decided in a referendum to end the rule of the Constitution imposed in 1980 by General Augusto Pinochet’s military regime. The citizens of Chile chose to start a constituent process aimed at elaborating a new, democratically enacted charter. Thanks to this crucial first step, over the next year and a half (until mid-2022), Chile will be engaging in a constitution-building process without precedent in the country’s history.

The road ahead is challenging. The rules governing the process are demanding and include the requirement that each clause of the new Constitution should be agreed upon by two-thirds of the members of the constitution-making body, a quorum that will force significant compromise. Furthermore, the process will unfold in the context of the highly disruptive economic effects of the Covid-19 pandemic, as well the impact of the social and political crisis that came to a boil in October 2019 and has simmered steadily ever since. Despite these obstacles, however, most Chileans are optimistic about a constituent process that has the potential to not just get rid of a charter imposed by an authoritarian regime, but to enact a constitution that can be more responsive to the many challenges the country faces.

Why Replace the Constitution?

To the occasional observer of Chilean politics and society, the fact that this country is about to embark on a process of constitution building might sound odd. Why would what many consider one of Latin America’s most stable and prosperous democracies want to transform its constitutional order? 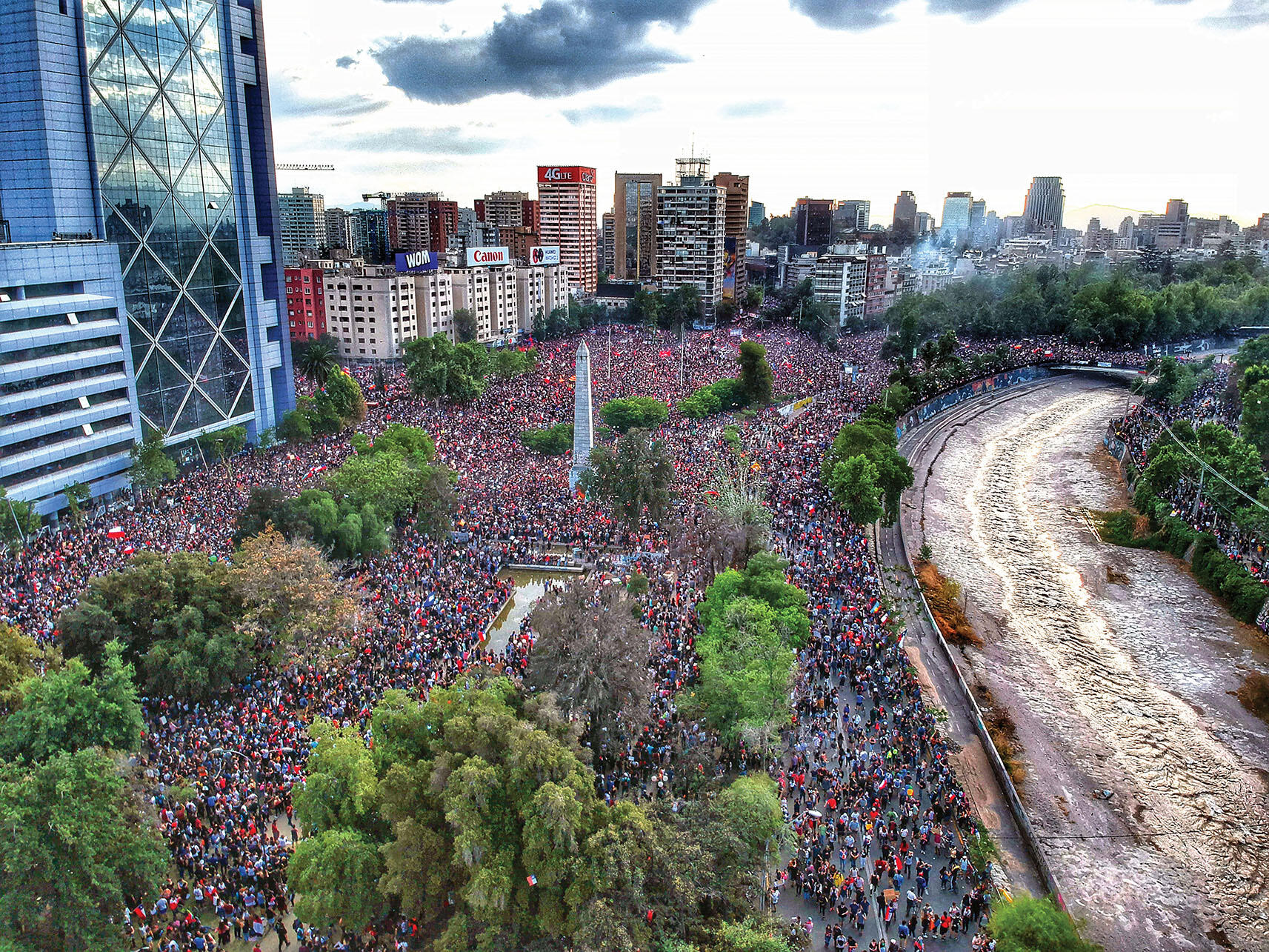 This question echoes the puzzlement that many felt in late 2019, when Chile experienced the most massive — and violent — demonstration in a generation, with millions of people demanding profound transformations to the country’s notorious neoliberal economic model. There is, of course, a link between these two processes. On one hand, the political agreement that triggered the constituent process was seen as a way to resolve the social and political tensions made evident by the October 2019 social unrest and channel them into an institutional process. On the other hand, the many elements of the economic model that was rejected by millions of demonstrators are entrenched in Pinochet’s Constitution.

Indeed, as we shall see below, the Constitution of 1980 includes a number of highly idiosyncratic clauses aimed at making it hard to change key aspects of Chile’s particularly radical version of neoliberal economics.

The Constitution as a Safeguard for the Neoliberal Model

As opposed to most of the military regimes that swept Latin America during the 1960s and 1970s, the dictatorship in Chile was explicitly “revolutionary” in its aims and purposes. Indeed, in the early years of the regime, a banner reading “1810-1973” — calling out the year of Chile’s independence from Spain and the year of the coup against President Salvador Allende — was displayed at an important official event gathering the entire military junta. The new authorities aimed at the re-birth of the nation. Working on the premise that Chile’s political trajectory during the 20th century was one of demagogy and irrationality, some within the authoritarian regime saw the seizure of power by the military as an opportunity to instill technocratic rationality into a society that had become dominated by populist political parties.

From this perspective, the interrelated goals of the military regime were to profoundly transform Chile’s political and socioeconomic outlook in order to entrench the most fundamental tenets of the new order into a new constitution and thereby prevent the inevitable return to democratic rule from translating into the dismantling of the neoliberal economic model imposed during the authoritarian period. The conception of the Constitution as a sort of containment dam against the eventual democratic attempts to dismantle the neoliberal model imposed by the authoritarian regime is captured in a statement from one of Pinochet’s most trusted legal advisers, Jaime Guzmán, published shortly before the introduction of the Constitution of 1980. Among other revealing observations, Guzmán declared that:

The Constitution must ensure that, if our adversaries are able to come back to power, they would be constrained to follow an action not so different from the one that we ourselves would yearn for because — if you will allow the metaphor — the margin of alternatives that the playing field, in fact, imposes on those who play in it is small enough to be extremely difficult to do otherwise. 1

As Guzmán very candidly revealed, the new constitutional charter was not intended to provide a framework for democratic politics to unfold, but on the contrary, it was a means to perpetuate the reach of authoritarian politics into the democratic era, severely constraining the transformative power of democratic politics.

An Idiosyncratic Understanding of the Principle of Subsidiarity

The bulk of the clauses of the Constitution of 1980 that entrench Chile’s neoliberal economic model are included in the Bill of Rights, specifically, a section in the extremely long Article 19 of the charter. Since it is impossible to analyze all of them in this piece, it might be useful to highlight the main goal of this section of the Constitution: to guarantee the provision of social rights by private entities as a fundamental right. In other words, while proclaiming the constitutional recognition of a number of social rights (such as the right to social security or the right to health care), the 1980 charter guarantees that private corporations will have a part in the provision of the aforementioned social rights as a constitutional right. This peculiar aspect of Chile’s Constitution of 1980 is not just unprecedented in comparative constitutional law, but also comprises the most radical element of Chile’s neoliberal model. In fact, if the motto “private solutions for public problems” already represented a radical version of neoliberal politics, the fact that this economic strategy was constitutionalized — through the notion that there is a fundamental right of private corporations to be the preferred provider of social rights — represented a radical version of neoliberal legality. 2 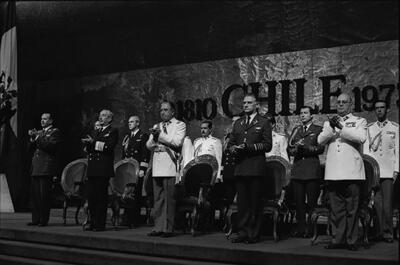 In order to provide a sense of how exactly the neoliberal clauses of the Constitution of 1980 block changes to the economic model, it is worth considering how the private administration of social security is constitutionalized. Indeed, Article 19, number 18, of the charter states that “State action will be aimed at guaranteeing access for all inhabitants to the enjoyment of uniform basic (social security) benefits, whether they are granted through public or private institutions.” This clause in effect provides constitutional recognition to the private pension fund administrators (known by their Spanish-language acronym as AFPs). A practical consequence of this constitutional clause is that it would make it unconstitutional to pass legislation eliminating the private administration of pension funds, in the manner of a “pay-as-you-go system.”

Another example of a constitutional clause entrenching Chile’s radical version of a neoliberal model is Article 19, number 9, which recognizes “the right to choose the health system they wish, be it public or private.” The concrete impact of this clause is to constitutionalized the private health insurance companies (known by their Spanish-language acronym as ISAPRES). In effect, if legislation were passed eliminating the ISAPRES system, in order to, say, introduce something like Britain’s National Health System, that bill would be consider unconstitutional, as it would collide with the right of people to choose between a public or private healthcare system.

In the previous sections, I have shown how Chile’s constitutional order is committed to a radical version of neoliberal economics, one that gives for-profit, private entities a fundamental right to provide social rights. However, with the October 25, 2020, referendum, all the neoliberal clauses of the Constitution of 1980 are at very high risk of disappearing from Chile’s constitutional landscape: two-thirds of the constituent body must vote to add any clause into the new Constitution, and only conservatives will want to re-enact the neoliberal clauses. In other words, even though at this point in the proceedings we do not know the precise outlook for Chile’s Constitution of 2022, it is almost certain that the neoliberal legality enshrined in the 1980 charter will disappear.

Of course, for the above to happen, Chile’s constituent body will need to agree on at least a minimal constitution and that will not be easy. Yet, the fact that almost four in five Chileans repudiated Pinochet’s Constitution last October makes the mandate to deliver a new charter imperative. If the constituent body fails to agree on a new constitution, the country will be left in institutional limbo: with a decisive vote in 2020 demanding a new, democratically drafted charter, followed by the failure of a group of elected representatives to actually deliver. Such an scenario would not solve Chile’s constitutional problem nor give back a measure of legitimacy to an authoritarian charter that is — for all practical purposes — a “lame duck.”

In addition to the factors analyzed in this essay, there are many elements of Chile’s constituent process that are already changing the social and political outlook of the country. A couple of examples worth mentioning are the gender parity rule for electing the members of the constituent body, as well as the reserved seats for representatives of Chile’s Indigenous population. These truly remarkable developments, coupled with the unprecedented participation that independents are having in the process, are already reshaping the country’s political culture. This scenario suggests that once the members of the Constitutional Convention are elected (on April 11, 2021) and the constituents start to deliberate on a new charter, many things we take for granted will be revised and perhaps transform. In fact, it is likely that aside from the actual content of the new Constitution, the process of creating it will have lasting consequences for Chile.

Javier Couso is Professor of Law at Universidad Diego Portales, Chile, and Utrecht University, the Netherlands. He specializes in comparative law, with a focus on constitutional issues in Latin America. 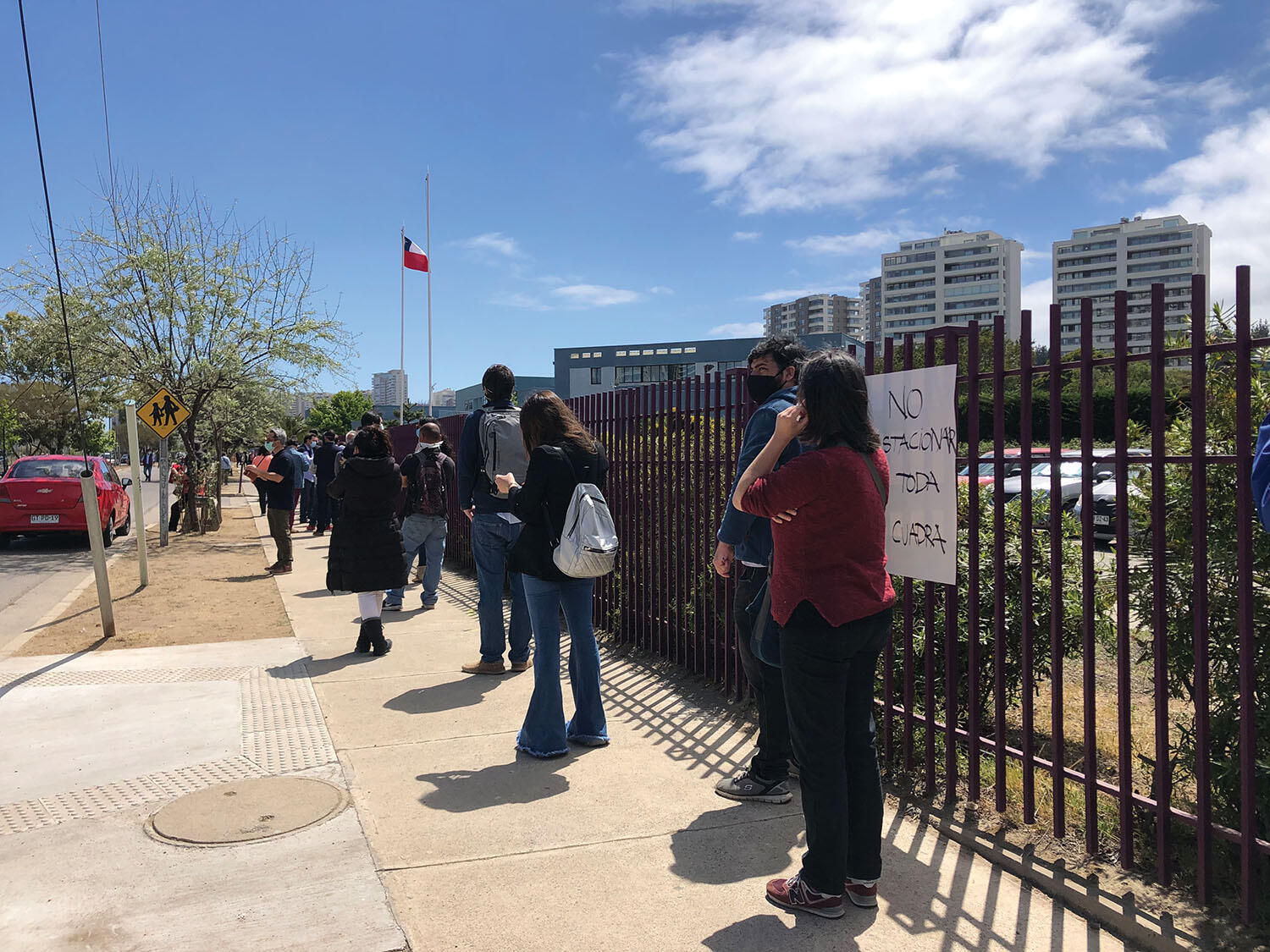