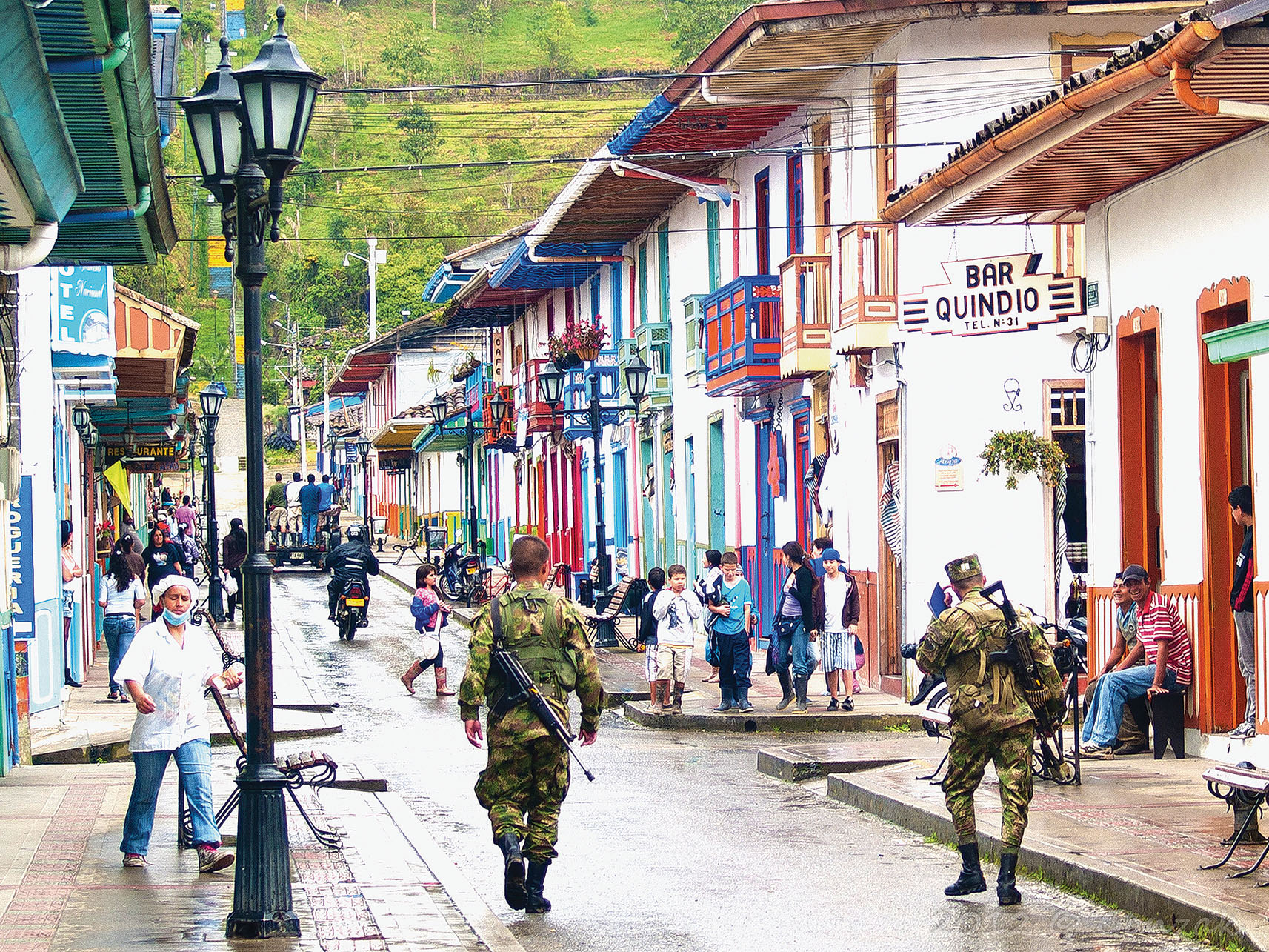 Open a newspaper in Colombia, and you are sure to find headlines touting the success of the military and the general public’s support of its counterinsurgency operations.

“The dominant view in Colombia is that the military is pretty widely supported,” said Aila M. Matanock, an assistant professor of Political Science at UC Berkeley who focuses on civil conflict and international intervention.

But a new survey, conducted by Matanock and Miguel García Sánchez of Colombia’s Universidad de los Andes, suggests that this basic assumption might not be consistent with the reality on the ground, especially for those living in guerilla-controlled regions. The study examined the levels of social support that groups conducting counterinsurgency operations have and hypothesized that people might not reveal their true preferences if they’re afraid of the regime in question.

In a presentation hosted by the Center for Latin American Studies at UC Berkeley, Matanock spoke about how officials gauge support for the Colombian military and how reported support drops when the population is surveyed in an experimental, as opposed to a direct, fashion. Matanock and García Sánchez’s fieldwork suggests that regimes and militaries involved in counterinsurgency could be prone to overrating how much support they have in local communities.

“All the way up until the elections, there was this very different measure of who was being widely supported,” Matanock said. “Almost all of these polls got it wrong and got it pretty substantially wrong.”

The election polling may have been off, Matanock concluded, be-cause people were afraid to report their true preferences. By using creative polling methods that shield people from perceived harm or retribution, social and political scientists can get more accurate results.

Based on that assumption, Matanock and García Sánchez conducted a survey in Colombia in May 2010 that consisted of 1,900 face-to-face interviews with randomly selected subjects. The objective was to determine social support for the military through “list experiments,” which ideally give subjects an added layer of security by offering a series of questions, with the military query included in the list.

The conflict in Colombia dates back to 1964, as emergent leftist groups, including the FARC, faced off with rightwing paramilitary groups involved in drug trafficking. Throughout the conflict, the military has grown increasingly powerful and organized, gaining substantial autonomy in its counterinsurgency operations. In 2002, newly elected President Álvaro Uribe secured significant aid funds from the United States to quash the battles between the paramilitaries and guerrillas. Shortly after, Plan Colombia, which gives the military substantial autonomy, was born.

Since then, the military has been accused of committing widespread human rights violations. In 2008, the “falsos positivos” scandal broke out. The military reportedly lured poor Colombians into rural areas with the promise of work, but instead shot them and labeled the victims as guerrilla fighters who had been successfully killed in counterinsurgency operations. One might expect that such publicity would lead to declining military support, Matanock said. 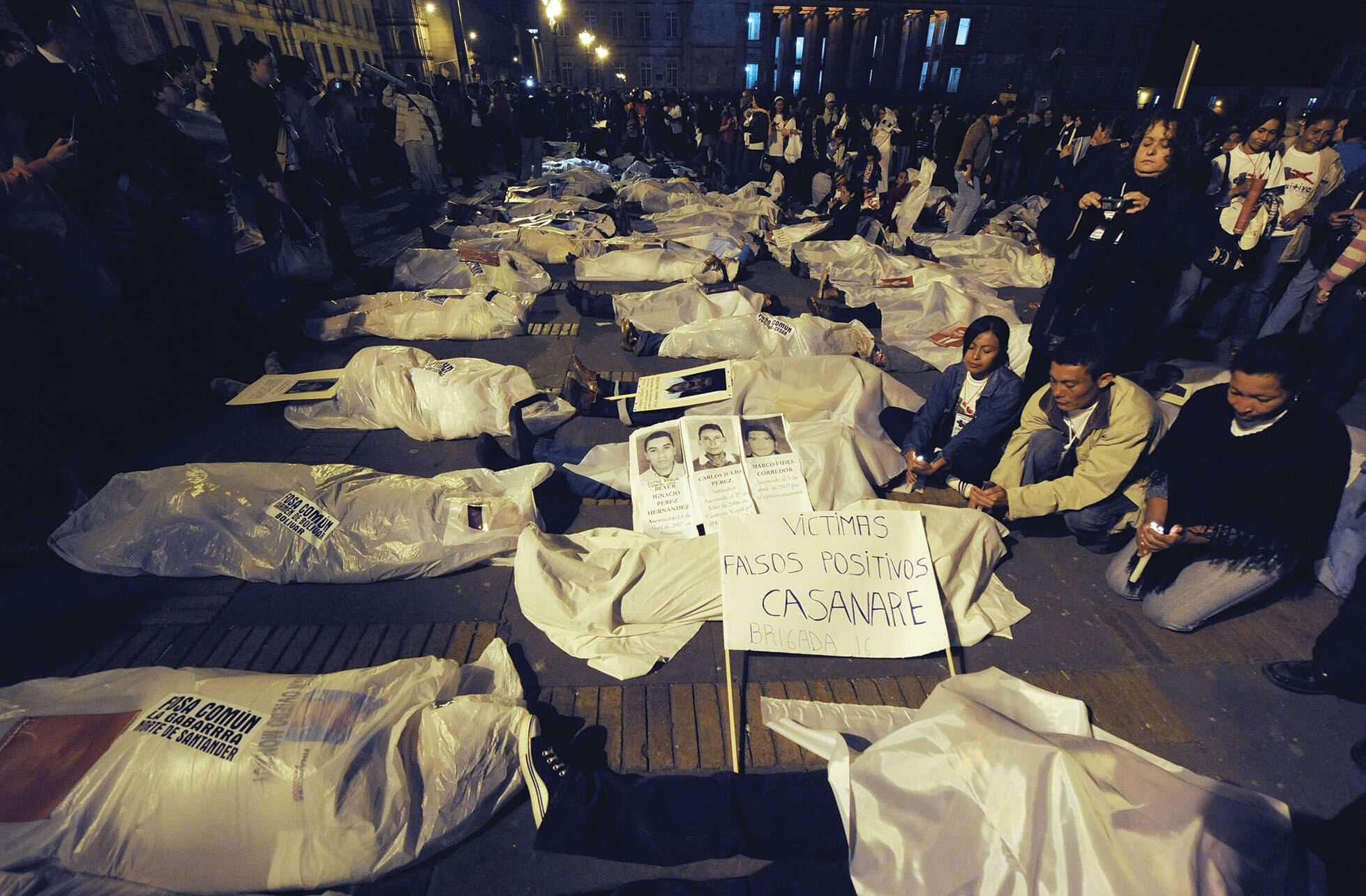 But instead, they found that reported confidence in the military vacillated only slightly, and the numbers remained surprisingly stable. “Only the U.S. and Canada have more trust in the military than Colombia.” From 2004 to 2012, civilian trust in the Colombian military hovered around 65 percent. The military is consistently rated the third most trusted organization in Colombia, trailing only the Catholic Church and the president.

The continued high level of support for the military suggests two options, Matanock said. The first is that the reports are true, and support is high. The country’s security situation is improving, so it’s possible that people are actually very supportive of the military. The second possibility is what she called “preference falsification”: people know that support for the military is the dominant view in Colombia, and so they report that they also support the military.

To tackle this question, Matanock and García Sánchez decided to try their luck with a list experiment.

Matanock offered the following example to explain the concept: Give a person a list of three statements, and ask them how many of those they support; stress that they shouldn’t tell you which things they support, just the number. That list would be given to one half of the sample. The other half would get a list of four things, which include the item being measured — in this case, support for the military. The difference in the means between those two samples should give an estimate of support for the military, she explained.

Ideally, the lists and anonymous surveys would work symbiotically to lower the fear of retribution. By not outwardly saying whether they support the military, but rather, expressing it through a list, people may be more likely to accurately report how they feel.

Matanock pointed to the success of list experiments in the United States: more people report racism, drug use, and other socially condemned behaviors through list experiments. “People don’t feel the pressure to report the dominant view in these surveys,” she said.

Ultimately, Matanock and García Sánchez found that reported rates did differ when measured directly rather than experimentally. Less support for the military was reported experimentally than directly in paramilitary-controlled regions, but the difference was not significant.

In municipalities where coca is cultivated, results were similar. “What I hope we’ve shown you is that there is a statistically significant difference across experimental and direct measures,” Matanock said. “The experimental measures tend to be much lower than the direct measures. We see this especially in regions with guerrilla control and coca cultivation.”

Aila Matanock is an assistant professor in the Charles and Louise Travers Department of Political Science at UC Berkeley.

Erica Hellerstein is a student at UC Berkeley’s Graduate School of Journalism. 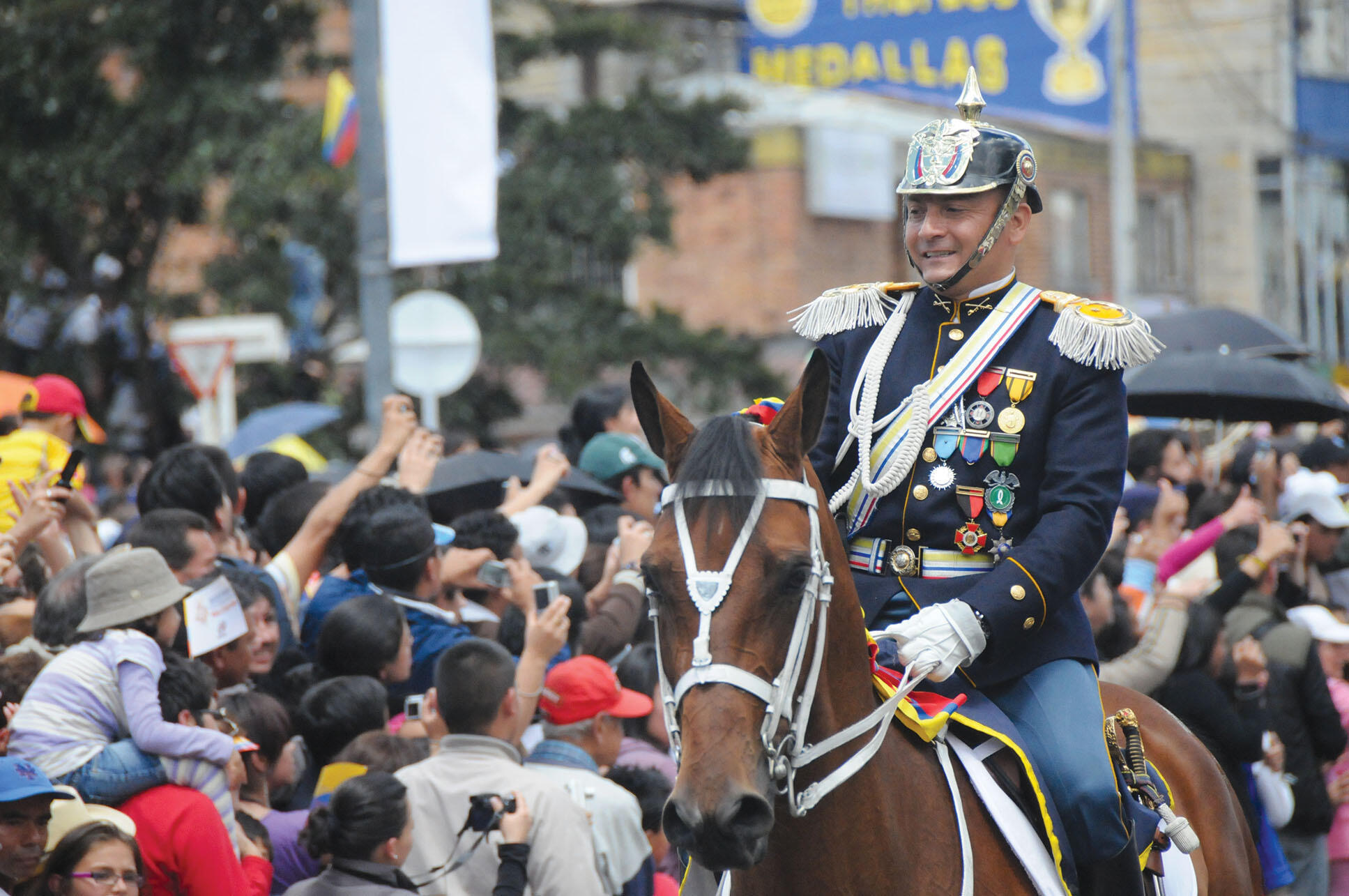