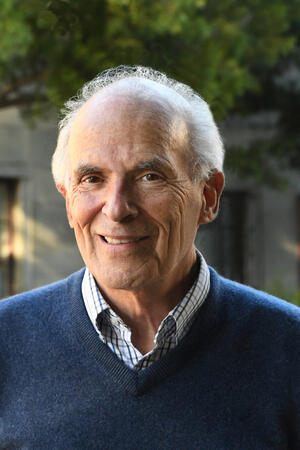 This issue of the Berkeley Review covers a lot of ground, from an analysis of the first year of President Andrés Manuel López Obrador’s “Fourth Transformation” in Mexico to innovative efforts to advance science in Chile and Argentina.

Mexican political scientist and noted public intellectual Denise Dresser compares AMLO’s nascent government to “a national roller-coaster ride,” pointing to “moments of excitement, moments of uncertainty, moments of panic.” She then looks at this experience to better understand the future direction of this administration.

We then examine a critical, highly contentious contemporary topic, “Central American Migrations and the U.S. Border: A Moral and Political Issue of Our Time.” The five panelists and moderator Beatriz Manz are not only highly regarded scholars, but bring years of engagement on the ground. As Manz puts it, “decades ago, all of us knew — and some of us rather close up — the violence, the repression, the massive displacement, the brutality, the abuses, the massacres, the disappearances, and impunity in Central America.”

Maria Echaveste, a senior scholar at the Center for Latin American Studies (CLAS), reports on United Nations High Commissioner for Human Rights Michelle Bachelet’s visit to CLAS and her conversation with faculty and students in “Michelle Bachelet: An Inspiration.” Echaveste points out the critical importance of the UN position and the unique qualities Bachelet brings with her.

Naomi Roht-Arriaza reflects on the contribution of Judge Juan Guzmán, the first judge in Chile to indict dictator Augusto Pinochet for murder. Excerpts from his compelling memoir provide insight into the courageous and defining personal and judicial route he has taken. Elizabeth Farnsworth, a former correspondent and anchor on the NewsHour, produced a superb film on the Pinochet case — The Judge and the General (2008) — and was instrumental in the appearance of this article.

CLAS is in the midst of an exciting collaboration with the Palacio de Bellas Artes, the Jenkins Graduate School of the Universidad de las Américas — both in Mexico City — and the Mexican Museum in San Francisco. I was invited to give a presentation in an inaugural lecture series in Mexico City organized by the Jenkins Graduate School, which in turn inspired “Rivera, Kahlo, and the Detroit Murals: A History and a Personal Journey.” The article weaves together a story about a dark time in 1932, the Motor City, the legendary Ford Rouge plant, and the ways in which these intersecting forces transformed two remarkable artists. These forces run through their art, and the murals have become part of Detroit’s DNA.

We then look at a collaboration between Chilean professor Christian Wilson and Berkeley professor and Nobel Laureate Randy Schekman to propel new research in the Southern Cone. CLAS is proud to have played a modest role in these efforts.

Finally, we conclude with a stanza from a Neruda poem and a haunting photo of the Andes and the sea in the far south of Chile. The opening line is also the title of Isabel Allende’s new novel, A Long Petal of the Sea, which tells a moving, at times harrowing, story of the Spanish Civil War, flight, and sanctuary. Neruda viewed his role in rescuing 2,000 refugees aboard the SS Winnipeg, which arrived in Valparaíso the day World War II began, as his finest poem.