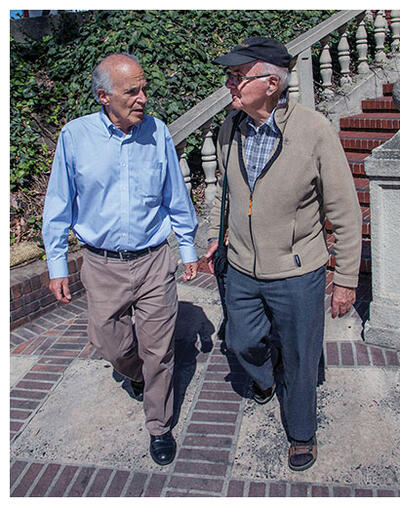 The unexpected — many would say shocking — victory of Donald Trump in the United States’ 2016 election puts a big question mark over what is likely to take place in the U.S., Latin America, and the world in the coming years.

Against this backdrop, we begin this issue with an article about Colombia, a country that ended more than five decades of bloody conflict with a peace agreement in late 2016. Sergio Fajardo, the former mayor of Medellín and governor of Antioquia, speaks eloquently about the importance of the country moving “from fear to hope.” Fajardo, one of the most innovative political leaders in Latin America and a former university professor of mathematics, has contributed to this journey in impressive ways. While at the Center for Latin American Studies (CLAS), he asserted that “peace plus legality plus education equals opportunities,” a fitting description of much of his public policy.

Javier Couso, a professor of law at the University of Diego Portales in Chile, maintains that judicial independence goes beyond “constitutional and legal rules,” concluding in the spirit of E.P. Thompson that it is “a cultural achievement of universal significance.”

Both Fajardo and Couso taught month-long intensive seminars in Spring 2016 in a collaboration between CLAS at Berkeley and Bolivar House at Stanford. These courses, as well as public lectures, all generously supported by the Tinker Foundation, brought together students and academics from the two universities.

Human rights are a central theme that runs through this issue. Professor Rosemary Joyce and Russell N. Sheptak, two scholars who have done extensive research in Honduras, provide a context for the tragic murder of environmental activist Berta Cáceres. They point out that “Honduras had become a killing field for environmental activists,” even before her death.

Professor Angelina Snodgrass Godoy, the Director of the Center for Human Rights at the University of Washington in Seattle and the founding editor of this Review, writes about her project “on crimes against humanity committed during the Salvadoran armed conflict,” in which 75,000 people died at the hands of the state and right-wing death squads. In seeking to uncover the fate of the “missing,” Godoy emphasizes that “as academic researchers … we, too, have a role to play in helping families heal.”

Professor Edward Paulino from CUNY bears witness to a modern genocide in the Dominican Republic, where 15,000 Haitian men, women, and children were killed in 1937 in what was “arguably the largest mass murder in the Americas targeting people of African descent in the 20th century.” He examines the current relevance of this catastrophe, “underscoring how history and the lack of honest reckoning informs contemporary politics.”

We were very pleased to host Ricardo Falla, a Jesuit priest and noted Guatemalan anthropologist (pictured above), who has spent a lifetime working with and supporting the most marginalized and persecuted Guatemalans, often at great risk.

On a different note, Professor René Davids looks at “the built environment [as] an expression of culture in material form.” He takes us through time from pre-Hispanic “sophisticated systems of irrigation canals” to the contemporary sprawl of Mexico City.

We close this issue with Professor Soledad Falabella’s exploration of the remarkable poetry of Gabriela Mistral on the 70th anniversary of her Nobel Prize in Literature, the first Latin American to win the award. Lines from a Mistral poem accompany a group of ballet dancers on our final pages.