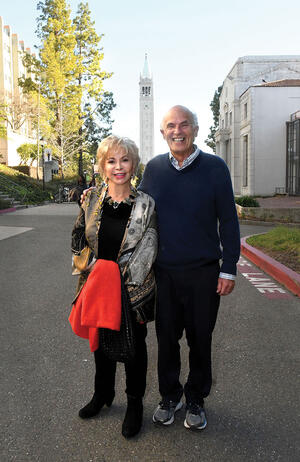 Latin America, the United States, and much of the world continues to be ravaged by a pandemic, cratering economies, and a climate crisis. As a result, 33 million Latin Americans slid below the poverty line in 2020. Inequality and poverty across the hemisphere serve as accelerators for the damage. This issue of the Review appears during troubled, unpredictable times.

That said, a vaccine and a new administration in the United States offer real promise, but it will clearly be challenging to turn that promise into reality.

Against this backdrop, we begin this issue with my article “Twenty Years Now, Where’d They Go?” — a reflection on Latin America and the United States through the lens of what the Center for Latin American Studies (CLAS) has done over the past two decades.

Two articles focus on Chile in the midst of a social upheaval with implications across the Americas. Javier Couso looks at “The Demise of Pinochet’s Constitution,” analyzing the lopsided victory of a plebiscite in October 2020. James Lamb provides further context in “A Social Explosion,” with a look at new political actors, such as Deputies Gabriel Boric and Giorgio Jackson, and their roots in social movements.

As we go to press, we’ve received the sad news that Judge Juan Guzmán has died. As a judge, he played a historic and courageous role indicting Pinochet in Chile and showing true compassion for the dictator’s victims. We were proud to host him at CLAS several times and to meet with him on trips to Chile.

In the rest of this issue, we move across the region, from Elizabeth Farnsworth’s interviews with legendary Chilean journalist Mónica González Mujica to articles on generic drug labeling in Latin America, the dynamics between the Zapatistas and AMLO, and the rise of human rights groups in Peru.

We conclude with a conversation between historian Adam Hochschild and Isabel Allende about her masterful novel, A Long Petal of the Sea, which begins in the Spanish Civil War and comes to Chile.

Since this letter is my last as Chair, after a tenure far longer than I (or perhaps anyone else) ever imagined, I’ll conclude on a personal note. I was born and raised in Detroit and began my working life serving a four-year apprenticeship as a machine repair machinist in an auto factory.

I went to Latin America for the first time in the 1970s. I was on my way to Chile, carrying not much than those skills, a journeyman’s card, and a passion to learn much more about this extraordinary region that seemed very far from Detroit.

I was mesmerized by my first stop in Mexico and wound up spending a year there. When I continued by land towards Chile, I took a wrong bus in Guatemala and ended up in an obscure highland town, Santa Cruz del Quiche, where I unexpectedly met an exceptional Chilean woman, Beatriz Manz, then a graduate student in the United States, who was leading an anthropological field school.

The violent coup in Chile on September 11, 1973, upended plans for both of us — her return home and my journey to Chile in the first place. We have been together ever since, and we did make it to Chile. We were there during some of the darkest days of the dictatorship, and we have returned often during much brighter times.

CLAS has engaged with Latin America over the last several decades through both exhilarating moments and traumatic times. It has been a privilege to have been part of these efforts, working with exceptional students, faculty, and people at CLAS, Berkeley and throughout the Americas, many of whom have become valued friends.  I’m proud of what we’ve done together and view it as the prelude of exciting things to come at CLAS.