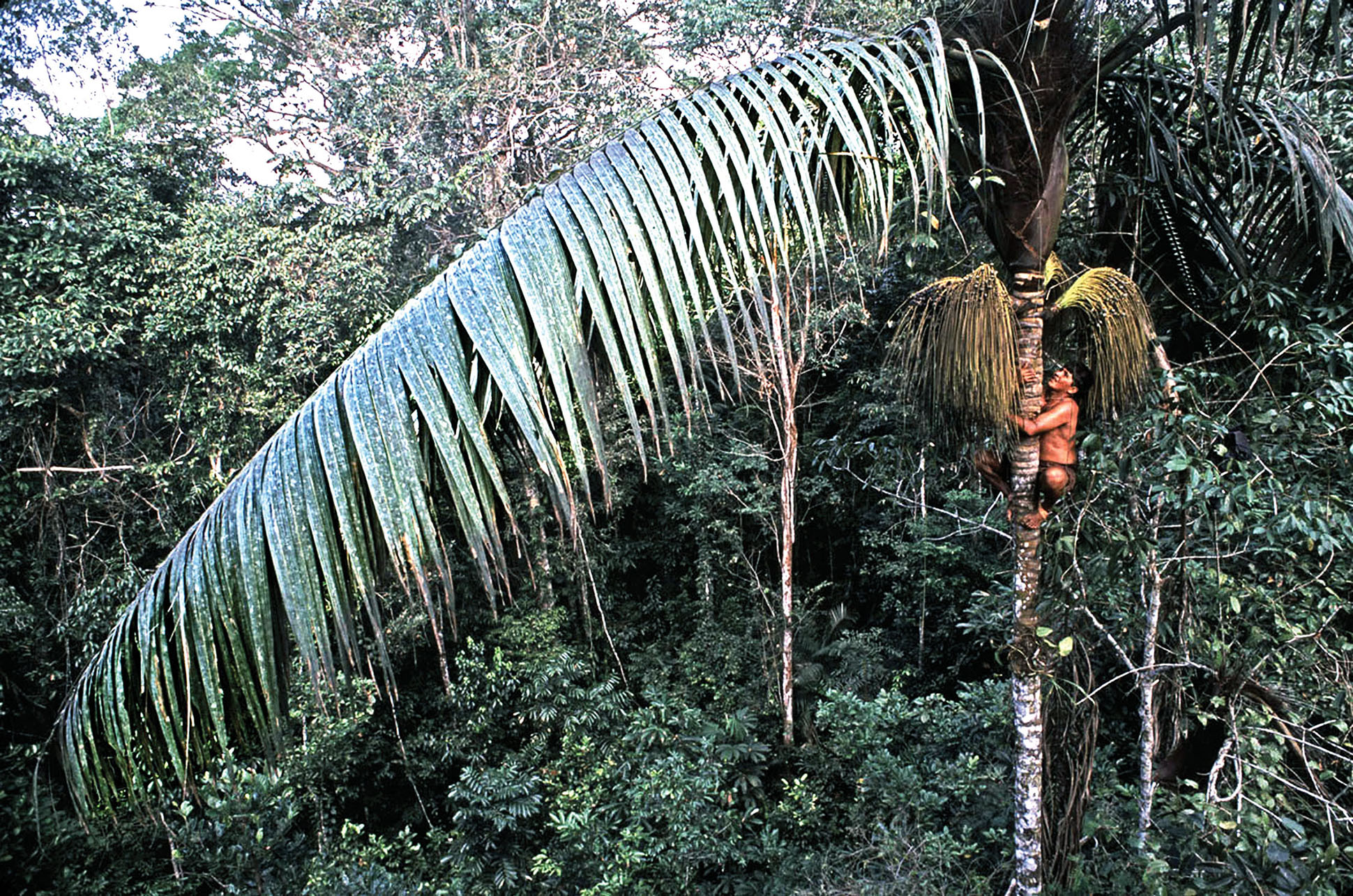 Palm oil, which is rich in saturated fats and therefore uniquely suited for use in processed food and biodiesel production, is an increasingly important international commodity. To meet growing demand, African palm plantations have spread across Malaysia, Indonesia, and Thailand and are becoming common in tropical regions of South America.

According to Tarek Milleron, African palm plantations are “a serious business.” The ecologist and founder of the non-profit Caura Futures, which works in Venezuela’s Caura River basin to protect both indigenous knowledge and the local ecosystem, described palm production in his talk for the Center for Latin American Studies. Typically, plantations follow a conventional agribusiness model in which a monoculture of non-native palms is protected with high doses of fertilizers and pesticides. This industrial production model leads to both deforestation and the pollution of soil and water. It also creates social problems. As a case in point, Milleron noted that in Colombia, the expansion of African palm tree plantations has led to the violent displacement of rural communities.
In contrast to the industrialized production of exotic palms, the Amazon’s indigenous peoples have a long history of sustainably managing wild palm trees, which they use primarily for food, oil, and roofing materials. All these uses require traditional knowledge, such as how to cook the palm fruit to extract oil and how to weave palm leaves to make a roof, noted Milleron.

Harvesting the fruit sustainably also requires traditional knowledge. Until recently, indigenous forest dwellers harvested palm fruit by scaling the trees, but this practice is disappearing among young people, mainly because it is seen as dangerous and difficult. This loss of traditional knowledge, combined with growing market demand for palm oil, threatens the sustainable use of wild palms because people are tempted to cut down the trees rather than climb them to reach the fruit.

To counter this trend, Milleron has implemented a program to promote and recover traditional knowledge and practices around palm trees. The program has two main purposes: to preserve ancient techniques of scaling palm trees and to train participants in the use of new equipment that makes climbing safer and easier. To encourage young people to develop climbing skills, Milleron helps organize competitions. Those who become proficient can then increase their income by selling the fruit. 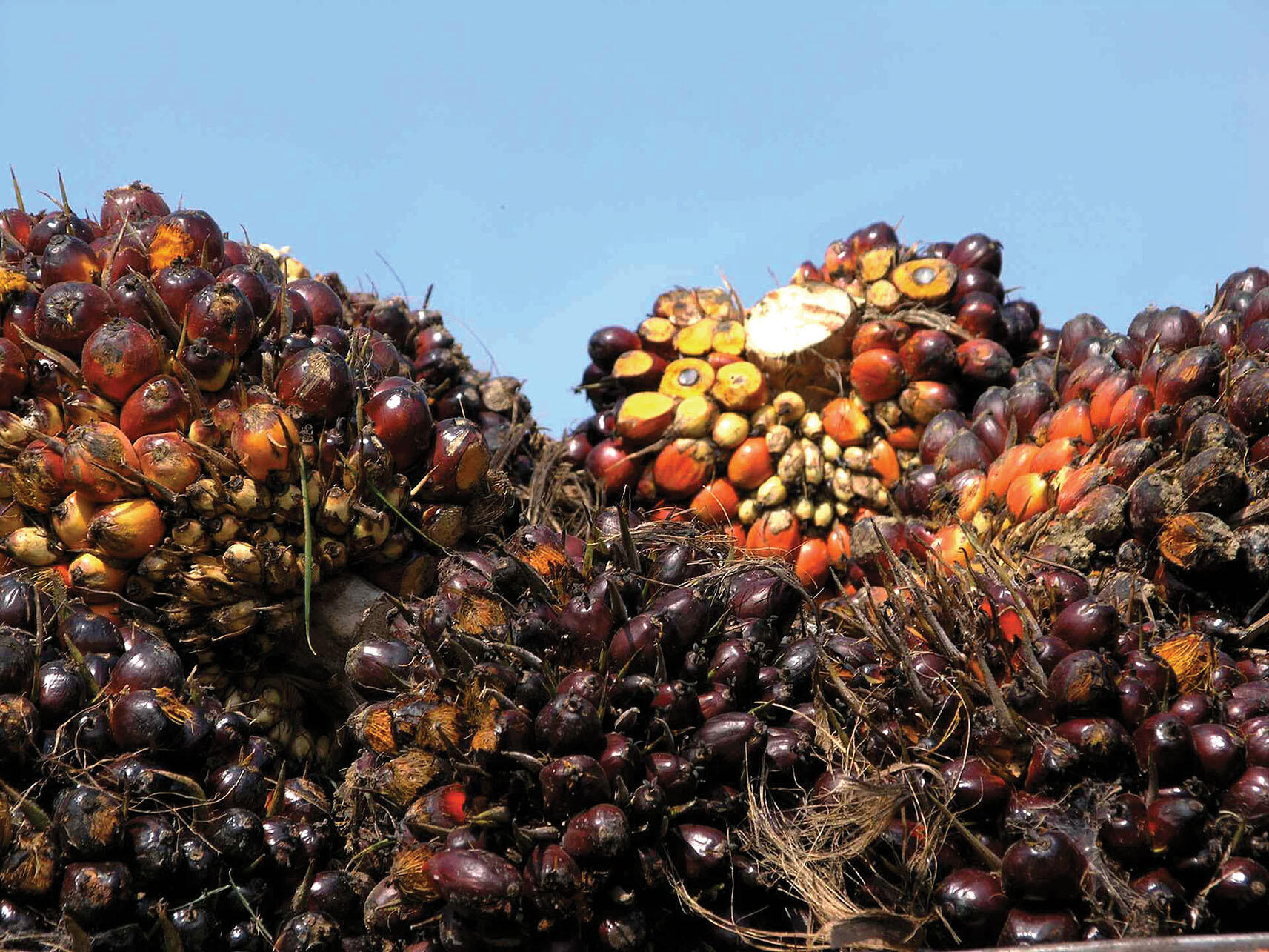 One of the limitations to expanding the use of the climbing gear in indigenous communities is the price. It costs about $60 and cannot be made with local materials. One of the ways in which communities have worked within this limitation is that individuals who have the ability and the equipment to climb become “specialists” in harvesting the fruit.

Milleron argued that the fruit of these wild palms has significant productive potential. Bataua palm trees, which produce fruit rich in high-quality proteins and oil that is comparable to olive oil, are particularly promising. There are approximately 3.7 billion of these trees, which together are capable of producing 2 million tons of oil. The sustainable use of this resource could help provide a financial incentive to preserve the native forest and avoid the deforestation that comes with the introduction of exotic species such as the African palm. “Forest is not going to be conserved unless it is useful to the people who live there,” Milleron said.

His efforts to encourage a culture of sustainable use of wild palms are particularly important given the slow maturation of some species — up to 75 years — and the increasing demand for palm oil. While Milleron acknowledged that “palm conservation is not a very active field,” his work is helping focus attention on the issue at both the local and the international level.

Tarek E. Milleron is an ecologist and the founder of Caura Futures, an NGO focused on manufacturing gear that allows people to harvest palm fruit sustainably. He spoke for CLAS on April 29, 2014.

Ana C. Galvis-Martínez is a graduate student in the Latin American Studies program at UC Berkeley.