The Feminist Resistance to the Radical Right in Brazil 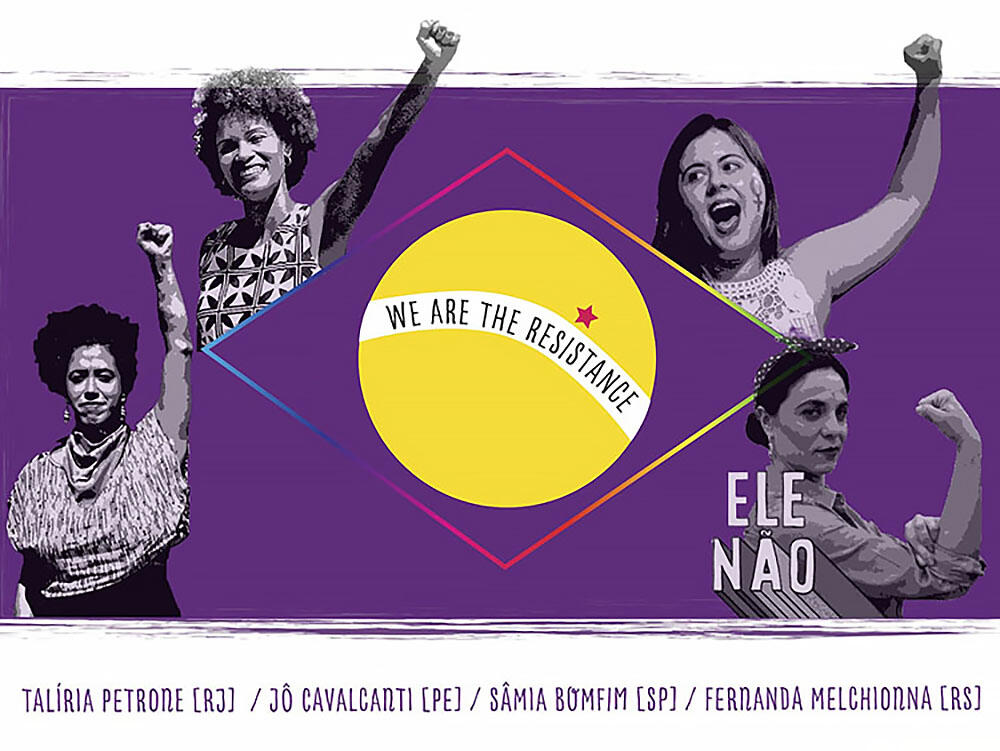 On the eve of their inauguration into office, four female Brazilian politicians present an emboldened new generation of feminist officials, leading the defense and redefinition of democracy in their country. Ten months following the assassination of Rio de Janeiro City Councilor Marielle Franco, their collective work demonstrates that Marielle is still present. This discussion will focus on the intersection of feminism and formal politics and will consider innovative modes of resistance to the radical right turn in government, exploring ways to take action in solidarity.

Talíria Petrone, a history teacher who sees education as the basis for resistance, was one of the few Black women ever elected to Brazil's Federal Congress.

Sâmia Bomfim, a leader of one of the largest student movements in Brazil, was elected to Brazil's Federal Congress at the age of 27.

Jô Cavalcanti, a mother, Black woman, feminist, and national leader of the "Workers Without Homes Movement” (MTST), was elected to the Legislative Assembly of the state of Pernambuco.

Fernanda Melchionna, an internationalist, socialist, and feminist militant who is dedicated to fighting for women’s rights and against wealth privilege, was recently elected to Brazil’s Federal Congress.