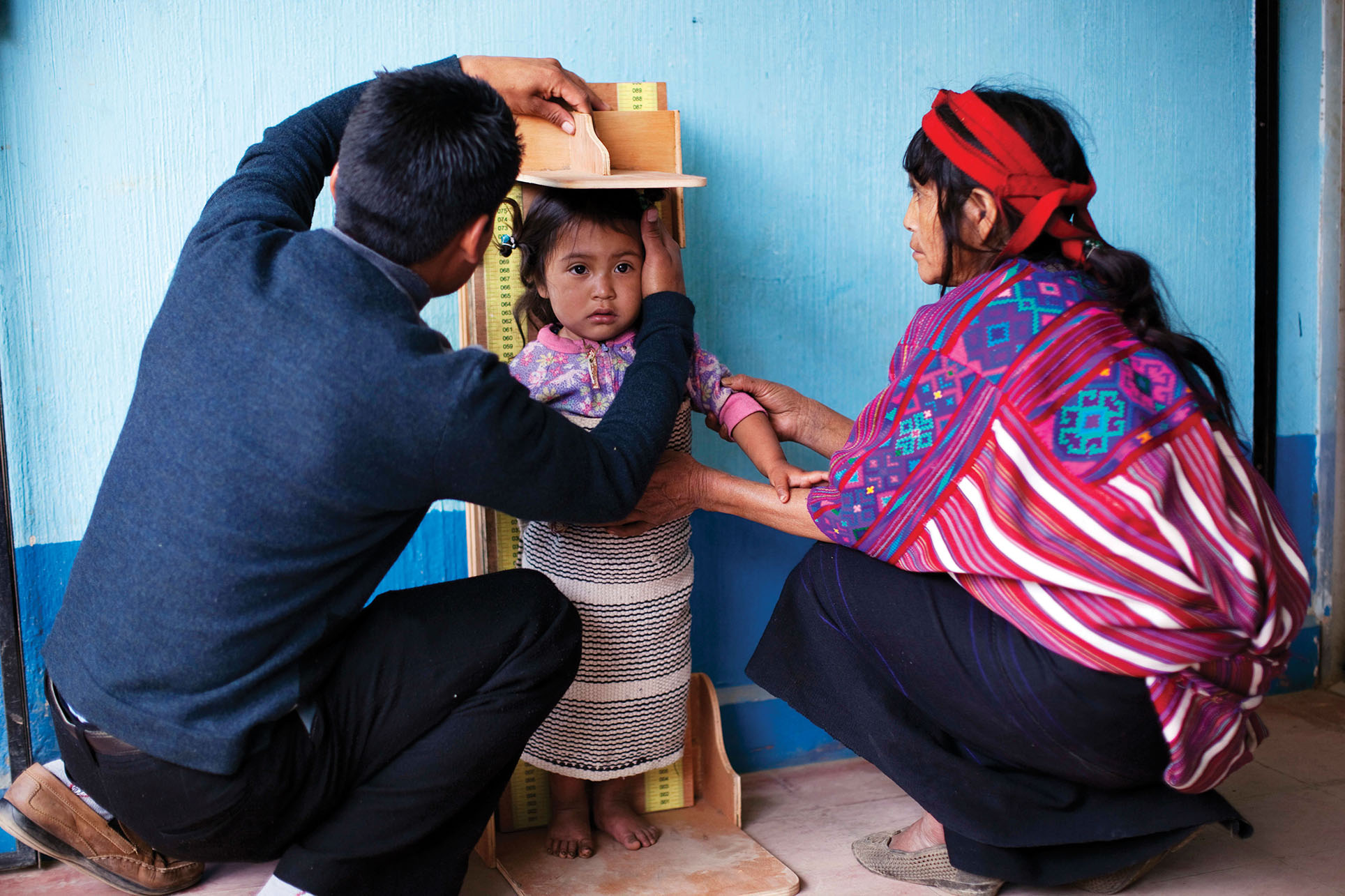 Latin America is in the midst of a “nutrition transition.” People across the region are moving from diets high in cereal and fiber to diets high in sugar, fat, and animal protein. Where undernutrition was once the primary concern, overnutrition is now also a problem. Paradoxically, both under- and overnutrition can coexist in the same family and even in the same individual. Lia Haskin Fernald, a professor at UC Berkeley’s School of Public Health, calls the combination the “nutritional paradox,” and it currently affects pockets of poor, often indigenous populations throughout Latin America.

The mention of malnutrition is likely to illicit an image of a protruding belly on an otherwise emaciated child. However, as Fernald pointed out during her talk for the Center for Latin American Studies, nutritional deficiencies often manifest in less recognizable ways. Stunting, or abnormally low height for a given age, is one physical marker for undernutrition.

A child afflicted with serious stunting may appear otherwise normal, happy, and ready to learn and play. However, stunting leads to a host of ill-effects for health and well-being, including reduced cognitive development, lower school achievement, lower capacity to manage stress, reduced labor-force participation, lower wages, and an increased risk of cardiovascular disease.

Generally, Latin America has a relatively low prevalence of stunting (12-13 percent for children under five) when compared to the global average of more than 40 percent in developing countries. However, certain places within Latin America, particularly remote areas with high concentrations of indigenous people, experience a high prevalence of stunting compared to the rest of the region. Stunting afflicts half of all children under five in Guatemala and nearly 30 percent of children of similar age in the Mexican state of Chiapas; by comparison, in the United States, only about 2 percent of young children are stunted. 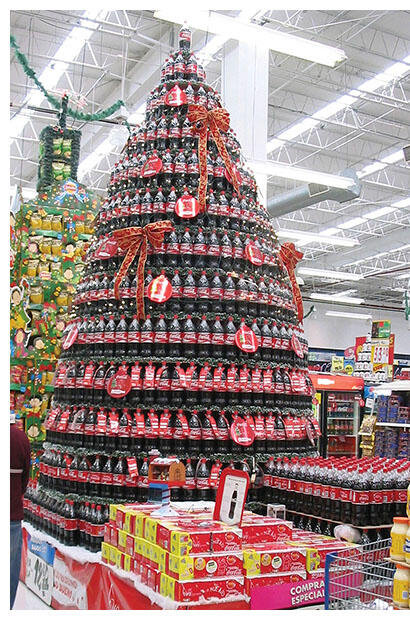 This phenomenon is playing out amidst what Fernald calls the nutritional risk transition, in which health risks are shifting away from inadequate nutrition and unsafe water and sanitation and towards the modern risks of overweight and obesity associated with Western diets. In 2005, more than 60 percent of Mexican adults were overweight as were a similar percentage of Colombians. The trend towards overnutrition is not unique to the region; it is increasing in both low- and middle-income countries across the globe and has resulted in the growing incidence of diseases, like coronary heart disease and Type-2 diabetes, once associated primarily with wealthy nations.

Together, overweight and undernutrition account for nearly half of the 19 leading risk factors responsible for years of life lost. In Latin America, the populations that are most socially marginalized, including the poor and indigenous people, are especially susceptible to these conditions. In fact, one in 10 indigenous children in Mexico is stunted but also obese or overweight. In neighboring Guatemala, nearly 20 percent of underweight children and roughly 45 percent of overweight mothers occupy the same household.

Unfortunately, there is no clear explanation for why or how these two conditions are occurring simultaneously or how policy-makers and leaders should manage their effects. However, to make sense of this phenomenon, Fernald turned to her own research on perceptions of bodyweight for children four to six years old by mothers of Mexican-origin in the United States vs. mothers in Mexico, as well as her evaluation of a conditional cash- transfer program in Mexico.

In her study on perceptions of actual and ideal bodyweight preference, qualitative interviews revealed a strong preference for heavier, larger-sized young children among Mexican-resident mothers who had been exposed to undernutrition. They tended to believe that heaviness was an indication of health and reflected that their children had sufficient food to eat. Such associations may put Mexican children on an early trajectory toward poor long-term health outcomes. Mexican mothers residing in California who had an overweight child were instead much more likely to report dissatisfaction with the weight of their child (82 percent versus 29 percent).

Fernald also shared her experience with Mexico’s effort to address poverty-related health concerns through Oportunidades (initially known as Progresa), a conditional cash-transfer program started in 1997. Through Oportunidades, eligible residents are able to receive up to a 30-percent increase in real income to be spent on anything — a refrigerator, food, shoes, cigarettes — and are only constrained by what they have to do to get that money. The cash transfer is conditioned on fulfilling a sequence of child-development-related requirements, including prenatal health care, growth monitoring, immunizations, and management of diarrhea and acute respiratory infections. The transfer amount includes a basic stipend for nutrition (a unit amount per household) and an educational stipend designed to keep girls in school, which varies depending on the age, sex, and grade of the child.

While the Oportunidades program saw vast improvements in nearly every indicator of health and well-being for children involved in the program, the cash supplement was associated with poorer health outcomes for parents, with problematic increases in Body Mass Index (BMI) and both systolic and diastolic blood pressure.

The realization that outcomes differ for children and parents in the same household may have helped clarify some of the issues that nations face in dealing with nutrition-related health concerns, but it also raises many new questions and policy challenges that must be confronted. Questions concerning how public-health practitioners and concerned governments can weigh child versus adult health outcomes, as in the case with Oportunidades, are difficult to answer. That question, is what Fernald calls, “the paradox for policymakers.”

Lia C. Haskin Fernald is an associate professor of Community Health and Human Development in the School of Public Health at UC Berkeley. She spoke for CLAS on April 7, 2014.

Robert Stahl is a recent graduate of the Master’s in Public Health program at UC Berkeley. 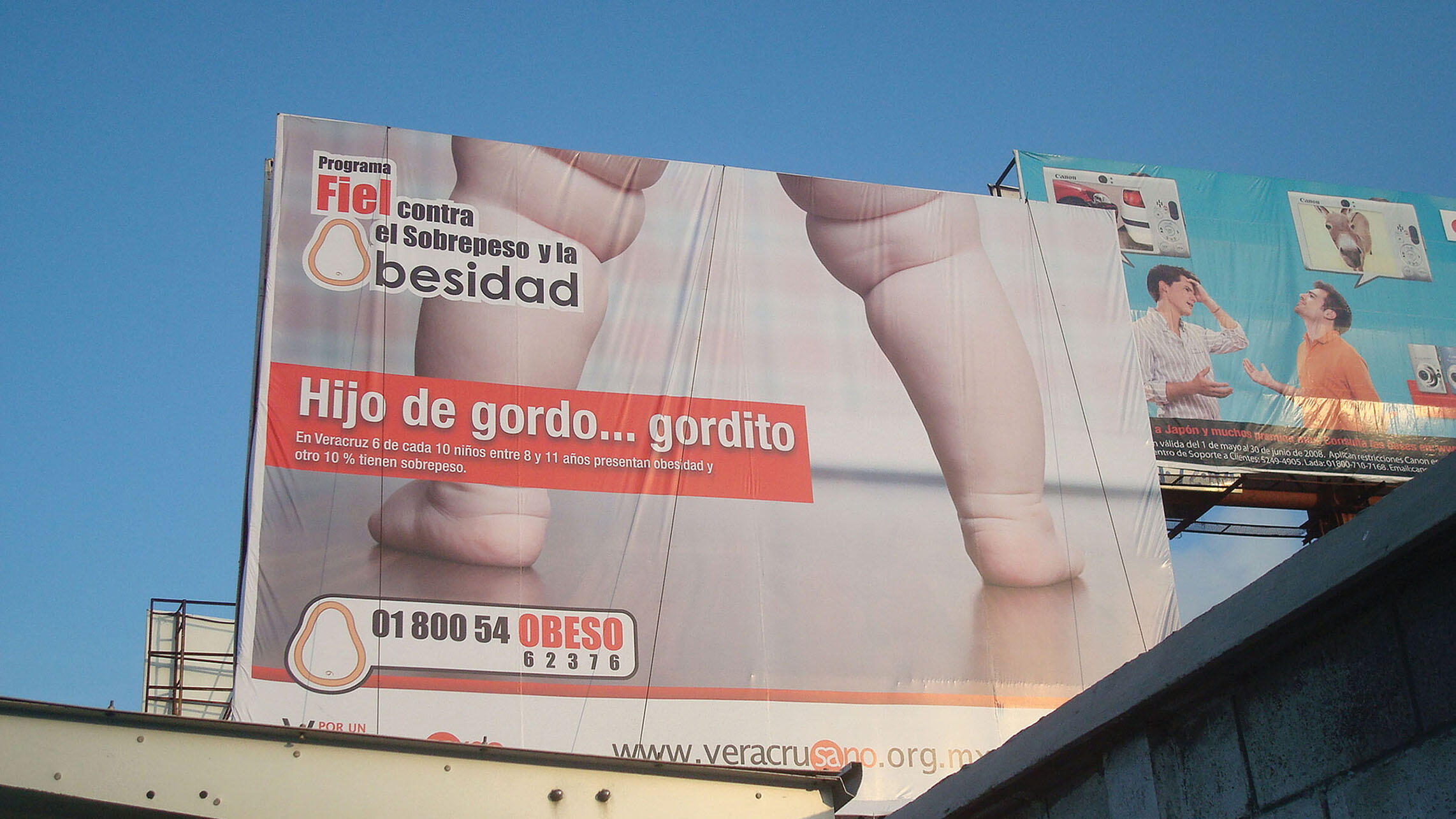