On March 24, 2017, the courageous human rights activist Helen Mack spoke to a new generation of enthusiastic UC Berkeley students. She was at Berkeley to discuss critical contemporary issues as well as her life’s work addressing government corruption and impunity in her home country, Guatemala. The event was organized by the recently founded group Central Americans for Empowerment (CAFE), the first Central American student organization at UC Berkeley, and supported by the Center for Latin American Studies (CLAS). Next to Mack sat her close friend, UC Berkeley Professor Beatriz Manz. Many of the students in the audience were of Guatemalan descent; in some cases, their parents had migrated from Central America in fear of violent conflict, while others had come to the United States as child immigrants seeking better opportunities.

The audience had many questions. How did a business woman with close ties to Guatemala’s conservative political establishment become transformed into the country’s greatest human rights defender? Did being of Chinese descent and from a well-to-do landowning family have an impact on her ability to catapult Guatemala into the international limelight? Most importantly, what are the current conditions in Guatemala, and how can students at UC Berkeley become involved with movements that seek to address the country’s most pressing sociopolitical issues?

For the past 26 years, Helen Mack has dedicated her life to exposing the government corruption and impunity that pervades Guatemala. Her work began tragically on September 11, 1990, when her sister, Guatemalan anthropologist Myrna Mack, was brutally assassinated. Myrna was stabbed innumerable times by a member of the Guatemalan Presidential General Staff to prevent her from exposing corrupt government practices that had displaced and killed thousands of indigenous people. 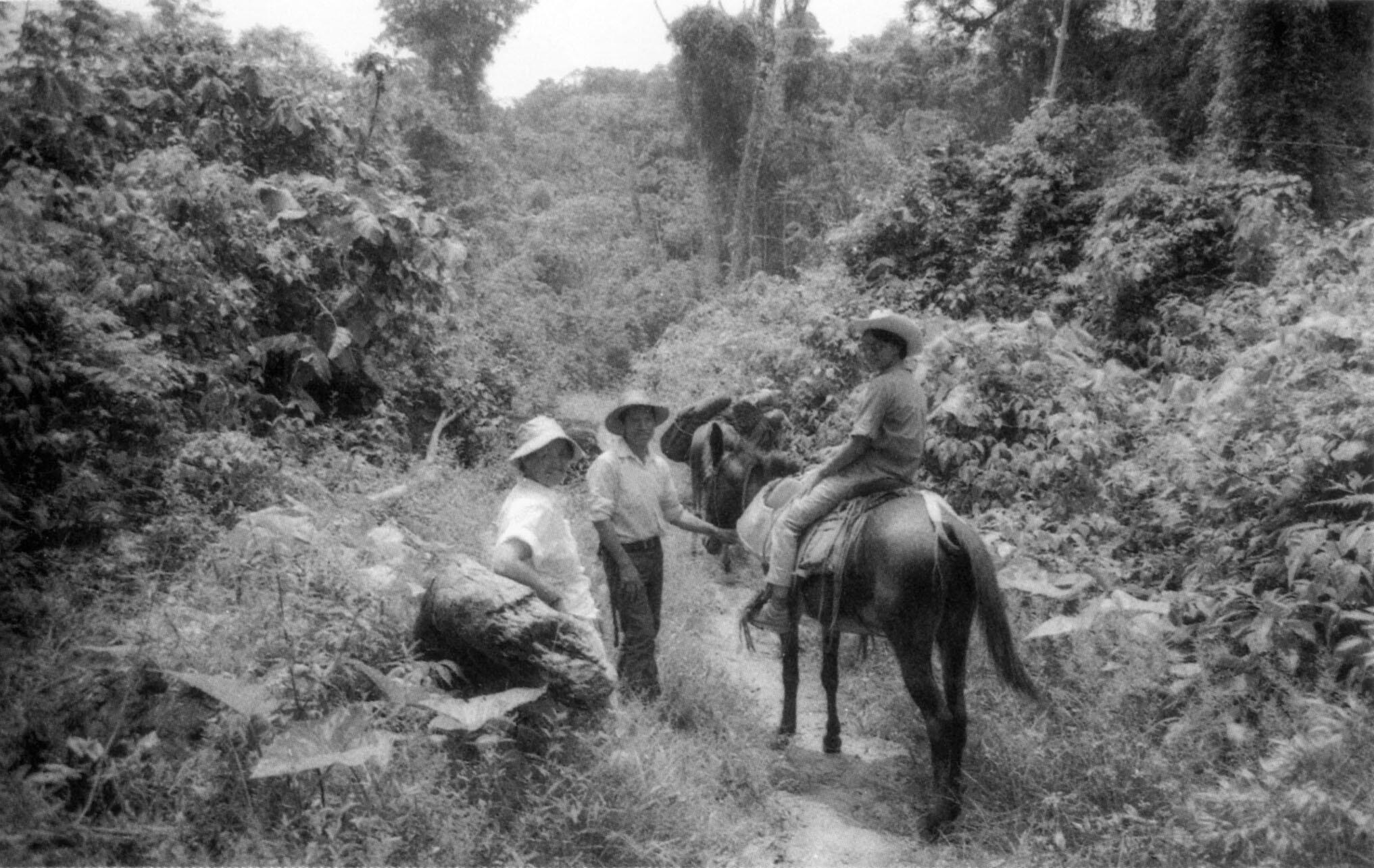 Soon after her sister’s death, Helen Mack attended a memorial service at UC Berkeley. She said that the solidarity she encountered at Berkeley gave her the strength and inspiration to pursue justice. And she has prevailed, despite the infuriating lack of accountability in Guatemala’s political culture and a deeply rooted impunity that transcends political regimes. Regardless of political repression, death threats, and judicial corruption in Guatemala, Mack relentlessly mobilized the Guatemalan and international community to lobby for action on her sister’s murder investigation.

Myrna Mack’s case is only one of countless examples of state-sanctioned methods to generate a climate of fear and silence among those who attempt to expose the government’s abuse of power and control. Beginning with the civil war, which lasted from 1960 to 1996, the Guatemalan military state has carried out countless horrific human rights violations, most notably against the country’s indigenous peoples. The conflict began as a response to corruption in the military and escalated with the birth of guerrilla movements that opposed the authoritarian government. Proclaimed the bloodiest civil war in Latin America and recognized by the international community as a genocide, hundreds of villages were burned and thousands of people killed in a calculated attempt to terrorize and suppress the population who witnessed the military’s relentless brutality. The racial and political violence that originated during this period established a culture of fear still present to this day.

According to Mack, corruption and impunity persist in Guatemala through an alliance among politicians, the military, and the business sector. By maintaining complete control over the country’s laws, guns, and money, this alliance creates an exclusive concentration of power that affects government accountability. Guatemala is not governed by its people, but instead by the elite who benefit from the suppression of a democratic state. As a result, Guatemala lacks the institutions necessary to hold elected officials accountable for their war crimes, embezzlement of public funds, and refusal to respect the Guatemalan people’s civil rights. Moreover, this abuse of power inhibits economic growth, resulting in extreme poverty, dramatic inequality, and rising violence, which deprive the citizens of a dignified life. This unbearable reality has resulted in child migration crises that have made international headlines. As Mack explained, the current conditions of crime, corruption, and injustice are the direct consequence of the “impunity of the past.”

Using her position of privilege to fight against corruption is an intrinsic part of Mack’s story of activism. Her middle-class background allowed her to attain an education, and her relationships with academics in Guatemala and abroad were crucial in exposing the government. The activism of both Myrna and Helen Mack highlights the power of academia and scholarship in ensuring accountability for corrupt systems of power. Rather than seeking solace in her social status, Helen Mack used her privilege to launch a movement in a country that resorted to violence to maintain and perpetuate various forms of oppression. Mack’s leadership stands out even more in a country that ranks low on gender equality and development indices.

When asked how the cycle of violence could be broken, Mack spoke about her hope in a new generation. This new generation, she said, was born around the time of the Peace Accord negotiations; they are less fearful and more outspoken. She explained that people who lived through the 30-year conflict are conditioned to remain silent or risk persecution. However, while the children of those who endured the conflict witnessed the consequences of the commitment to the struggle for social justice, this younger generation has been insulated from the trauma of the civil war to a certain extent. This generation is better equipped to take on corruption and impunity, Mack said. Likewise, education is now more accessible, providing new tools for analytical thought, which in turn allows younger generations to be more critical of the government. In addition, technological advances — such as the Internet and social media — provide platforms to expose and protest violence and corruption in Guatemala. 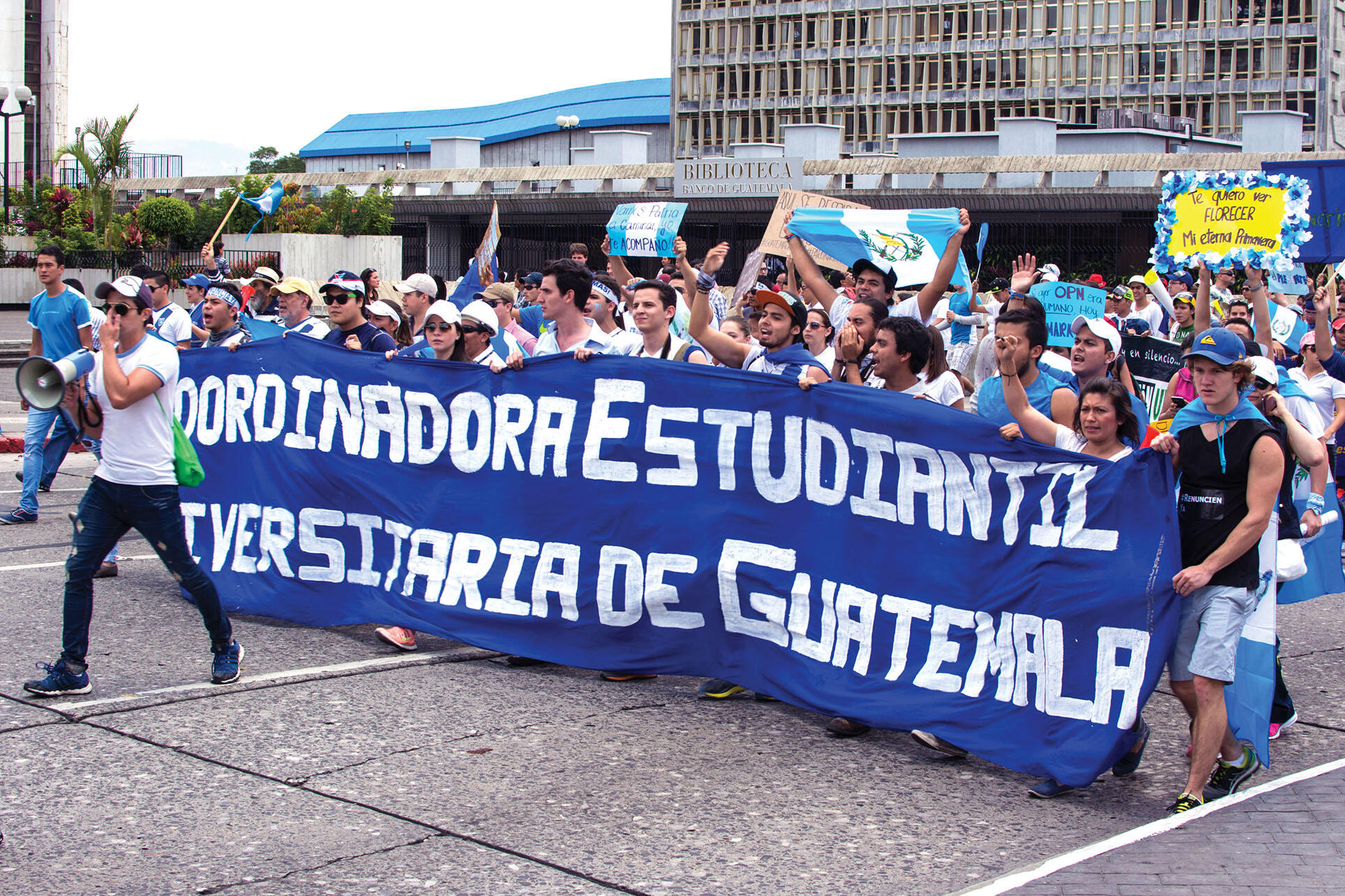 Over the last five years, political developments in Guatemala have revealed that this new generation has begun to organize an unrelenting movement to expose corrupt leaders. Recent campaigns for social change could not have been carried out if it were not for young people’s higher expectations of their government and their creative use of social media. Popular phrases such as “dile no a la corrupción” (Say No to Corruption) and the hashtag #YoNoTengoCongreso (#NotMyCongress), which went viral on social media, have asserted demands and focused attention on political issues in Guatemala. A rallying cry that resounded through these protests declared, “nos robaron tanto que nos robaron el miedo” (they have stolen so much that they have stolen our fear), indicating the intensity and commitment that these young people — and Guatemalan society as a whole — feel towards resisting the corrupt government.

With social media as a tool, Guatemalans have been able pursue accountability with greater strength. Despite the deficiencies of an educational system that does not teach students about their true history, young people are now turning a watchful eye to their government with the intention of creating a Guatemala that is representative of its people. In an age of technology that allows access to educational resources and an international platform, the new generation must think of intentional and strategic ways to continue using these privileges for the greater good.

Inspired by Mack’s historical insight, dedicated activism, and hope for the new generation, members of Central Americans for Empowerment (CAFE) left the discussion excited to engage with current sociopolitical issues. By learning from history and staying aware of emerging issues, UC Berkeley students strive to voice their opinions and challenge systems of oppression. As students of a leading public university, we have an ethical obligation to support efforts to advance human rights around the world. Moreover, as Central American students, we have a personal obligation to raise awareness of these issues and to seek justice for displaced families that have endured decades of political corruption and violence.

Members of CAFE are committed to using our academic and technological resources to promote transformative change. Our organization is determined to encourage political action and solidarity across lines of class, race, and gender on campus to unite UC Berkeley students against the deprivation of basic human rights in Central America. With the guidance and support of experienced activists and scholars like Helen Mack and Professor Beatriz Manz, CAFE is prepared to lead a much-needed movement as part of a new generation, marking a new era of courageous struggle dedicated to creating progressive change in a region that has been oppressed for far too long.

Helen Mack is the Executive Director of the Myrna Mack Foundation and the 1992 Laureate of Sweden’s Right Livelihood Award, the “alternative” Nobel Peace Prize. She spoke for CLAS on March 24, 2017.

Beatriz Manz is Professor Emerita of Geography and Ethnic Studies at UC Berkeley. 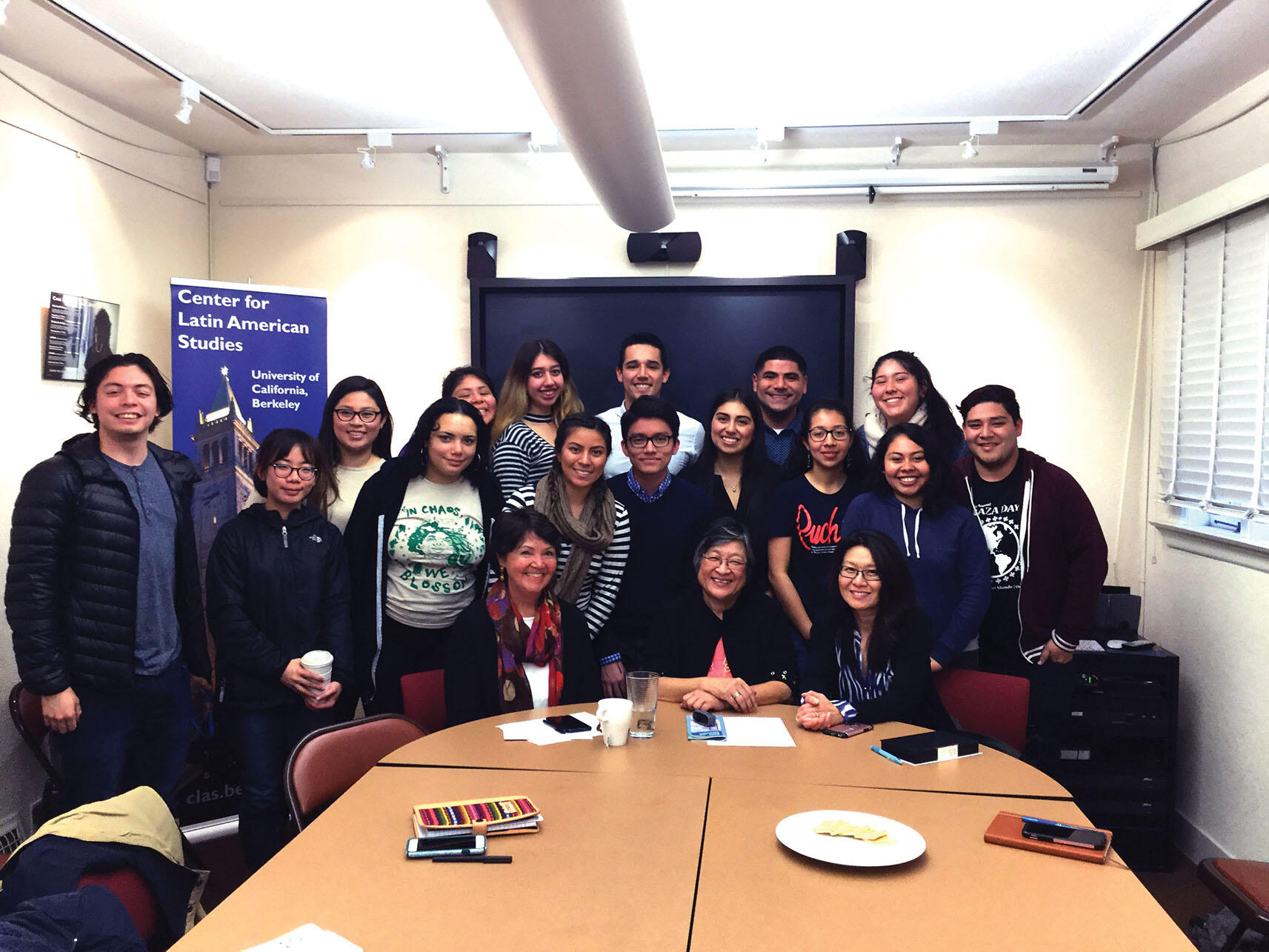 From the Berkeley Review of Latin American Studies, Spring 2017