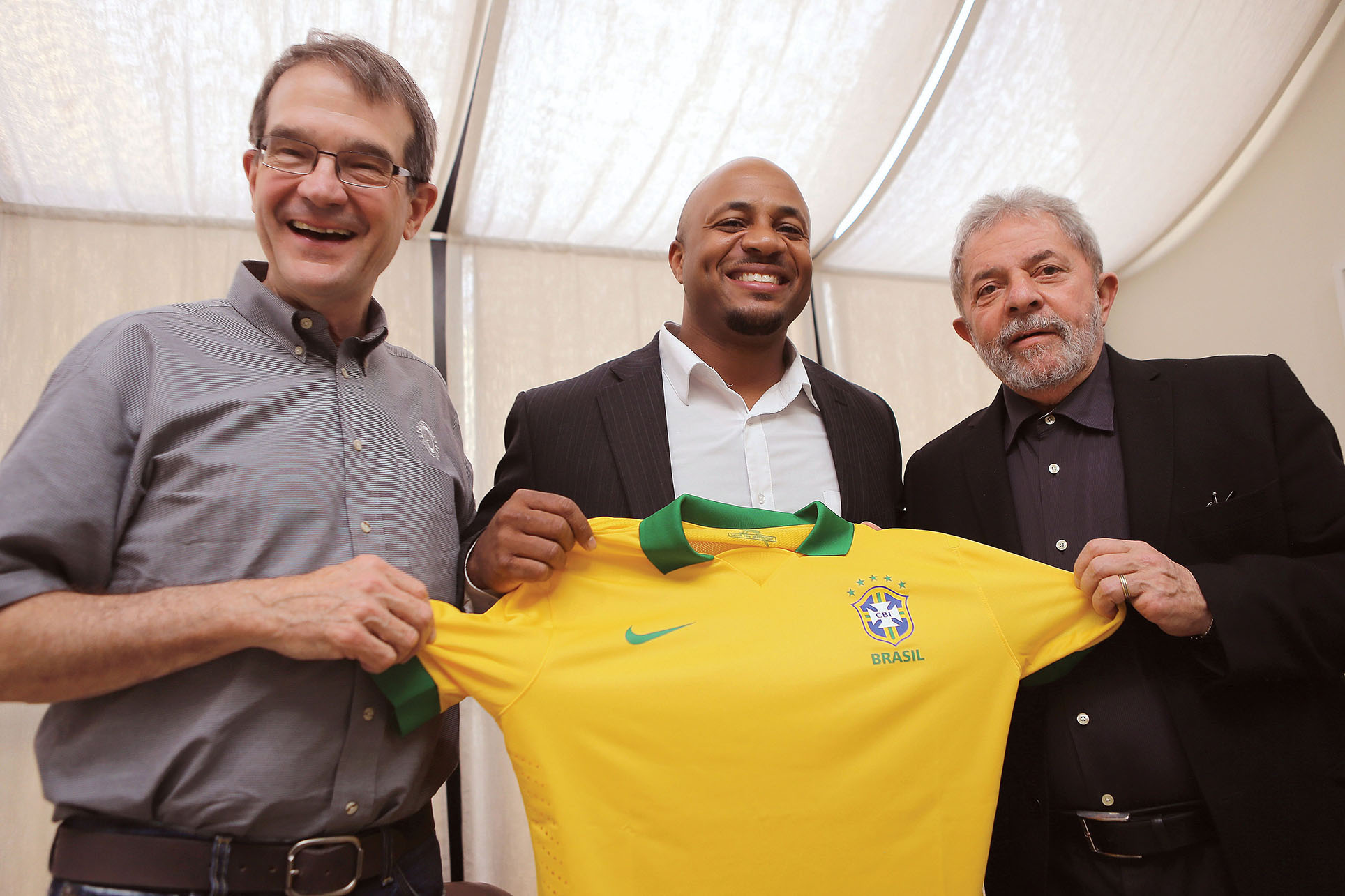 Despite the union’s setback in Tennessee, King showed no signs of defeat during his talk, which was hosted by the Center for Latin American Studies. President of the UAW from 2010 to 2014, King has been instrumental in reversing the union’s declining membership. Still one of North America’s largest unions, the UAW boasts nearly 400,000 active members, 40,000 of whom were recruited during King’s tenure.

King also reached out in innovative ways to unions and other social movements throughout the world. He is widely viewed as among the most internationally focused UAW leaders since the legendary Walter Reuther, a founder and early president of the union. The UAW’s historic organizing effort at Volkswagen reflects the strong linkages King forged with the VW Works Council, union, and management in Germany; he also established other supporting relationships for this campaign throughout the world.

In his talk, King used the Tennessee vote to frame his argument that a strong, viable labor movement is critical to maintaining both democracy and the middle class. “No democracy, I would argue, has been established and no middle class built without strong unions,” he said.

King also discussed the UAW’s efforts to strengthen ties with international labor organizations and other social groups, including in Latin America.
In the last three and a half years, the UAW has built networks with unions around the world, according to King. “UAW organizers are being sent to Mexico to train Mexican workers in their drive to organize,” he said, adding that conditions, like pay, are deplorable in Mexico due to the lack of a free labor movement.

King applauded Brazil for its strong and growing middle class, which he argued was built because of strong labor unions. During the presidency of Luiz Inácio Lula da Silva, between 20 and 30 million Brazilians moved out of poverty because unions were strong, according to King. A strong labor movement, he pointed out, also played a significant role in overthrowing Brazil’s dictatorship and boosting its economy.

The UAW leader developed a strong personal relation with President Lula as well as Brazilian unions. This relationship was built on Lula’s early history with the UAW. When he was a little-known labor leader, Lula was imprisoned by the military dictatorship and brought to trial for leading a strike that was declared to be illegal. When Doug Fraser, the UAW president at the time, found out about it, he immediately sent a top aide to sit in the courtroom so that the military would be aware the trial had international visibility. Upon his release, Lula’s first trip was to Detroit to thank the UAW. In 2013, King brought Lula to Washington, D.C., to keynote the UAW Legislative Conference, an event that brought close to 2,000 UAW delegates and many U.S. political leaders together.

Another focus of King’s talk was the importance of workers’ rights to organize and to bargain collectively in reversing the trend toward inequality. King feels that strong unions and innovative collective bargaining can result in highly competitive, profitable firms. If workers share in those gains, the result is a growing, dynamic economy. “All bargaining, all social justice, is about power,” he said. If we want to reverse the direction of this country, if we want to take more people out of poverty, instead of putting more people in poverty, if we want to raise the average income of workers, said King, then we need to defend worker’s rights.

Echoing this sentiment was Harley Shaiken, chair of the Center for Latin American Studies, who said, “[King] views the fate of unions as intertwined with the fate of democracy itself.”

King concluded his presentation by calling on support from community groups outside the labor movement, such as the environmental, gay rights, and immigrant rights movements, to build more public outcry about the attacks on workers’ right to organize.

“I have a lot of hope that we can together build a progressive movement in the United States really focused on economic and social justice,” he said.

Sarah Yolanda McClure is a student at UC Berkeley’s Graduate School of Journalism.