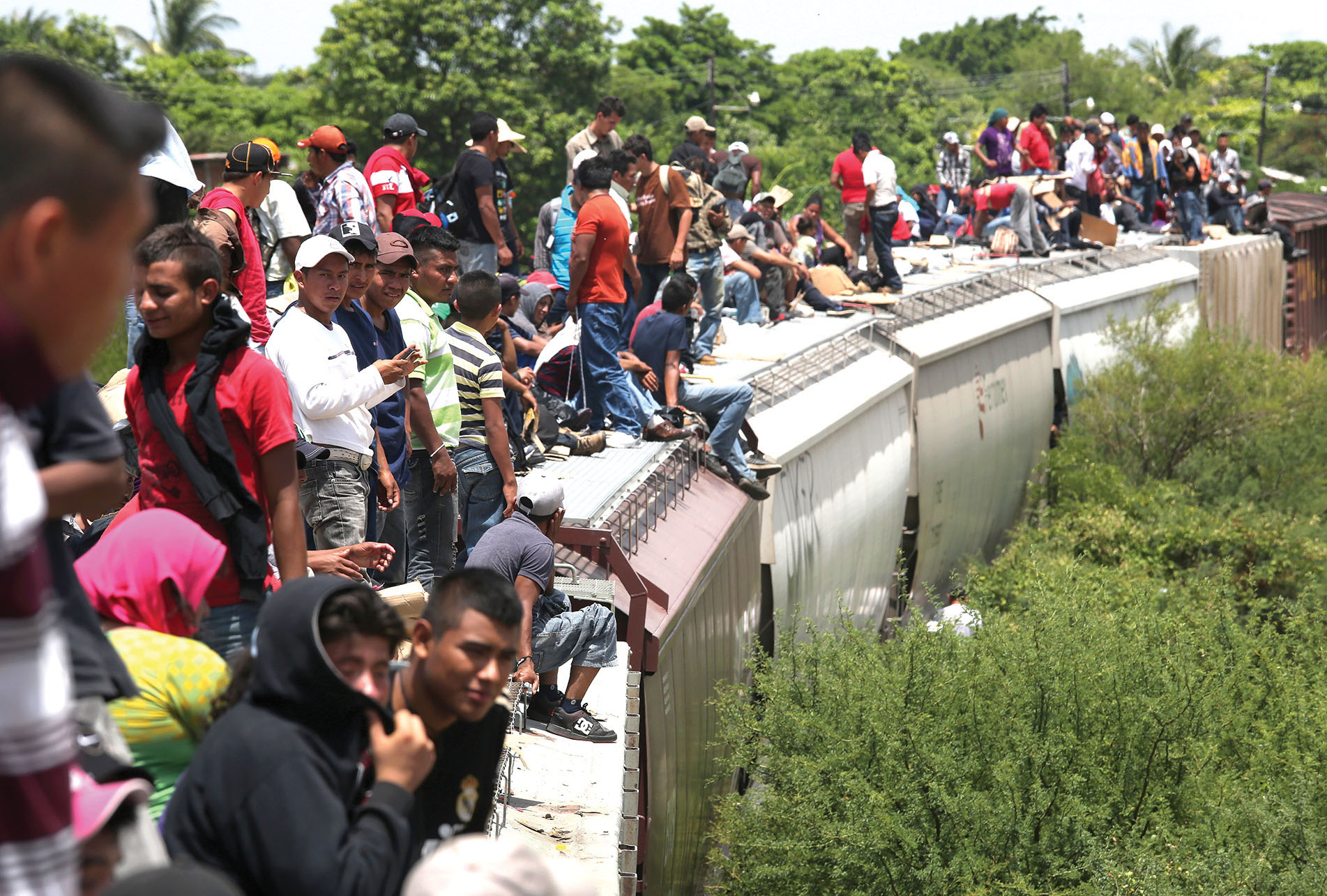 At an age when many American children are devouring the latest sci-fi book, enjoying their first sleepover with friends, or being tucked in at night by a comforting parent, a growing number of young migrants are traveling solo, clinging to the tops of trains bound for el norte.

Every year, an estimated 100,000 children — hailing from Central America and Mexico — spend months on a perilous journey north, exposed to freezing and scorching temperatures, robbery, violence, rape, and hunger. Dismemberment — and even death — is common as a result of falling off the train, known as la bestia (the beast), and being sucked under its wheels. Adding to the danger, trains frequently derail, killing an untold number of immigrants.

In recent years, increasing numbers of Central Americans have migrated to the United States — many of them women and children. Children, some as young as seven years old, are setting out in search of parents or relatives who left to find work in the United States. Most have experienced years of separation from their loved ones.

The book is told through the eyes of Enrique, a Honduran boy who travels by rail from Tegucigalpa, Honduras, to North Carolina to reunite with his mother, Lourdes. 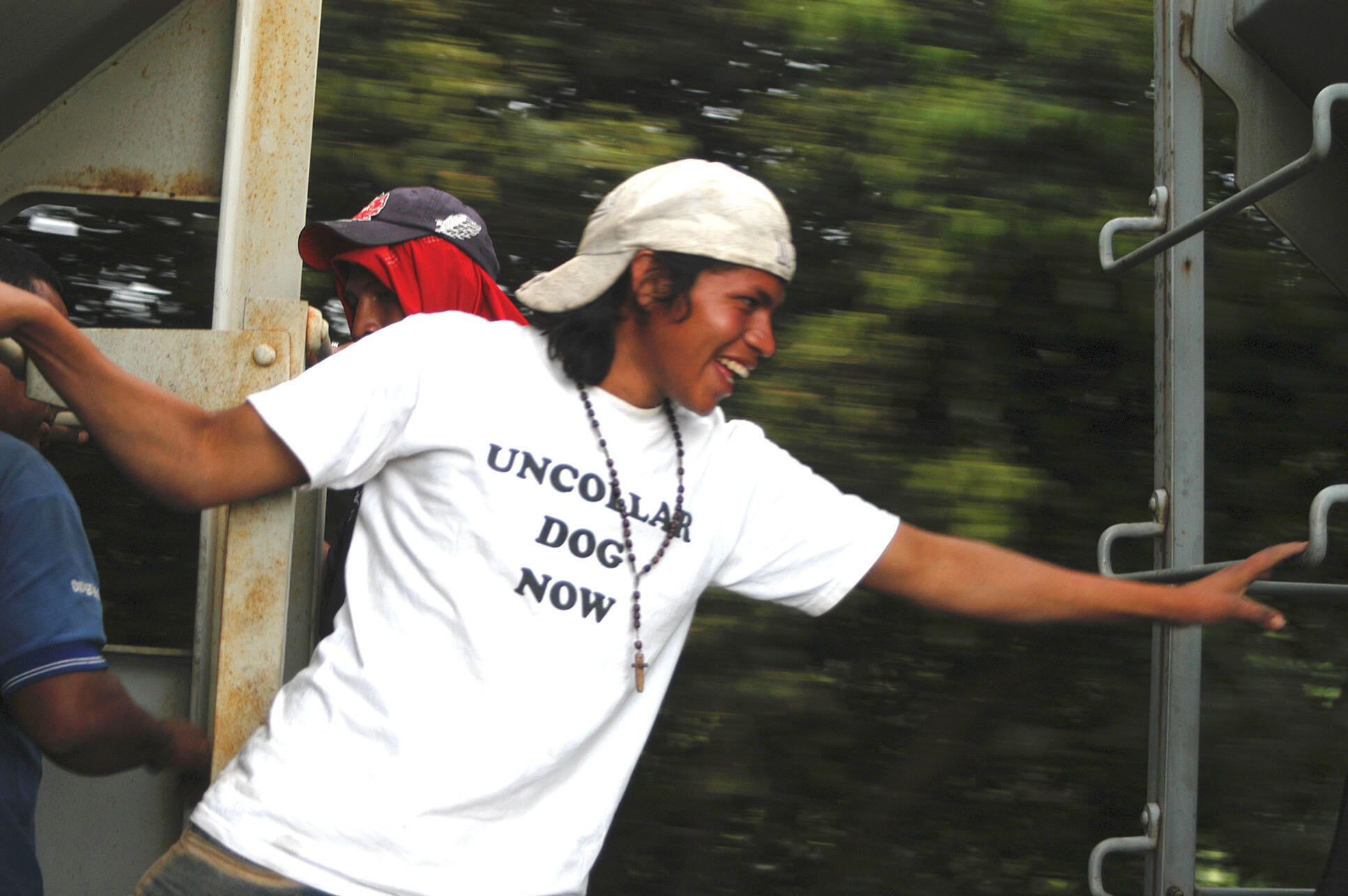 “There are benefits and costs to this upfront. Let’s not be naïve that [immigration] is all positive and wonderful,” said Nazario during a recent event hosted by the Center for Latin American Studies at UC Berkeley. “There’s a misconception when people come here, such as the belief that you’ll reunify with your child immediately and that there’ll be a brief separation.”

Nazario was born in the United States but moved to her family’s native Argentina as a young teen in the wake of her father’s death. The family’s move coincided with the beginning of the genocidal “Dirty War” of the 1970s, a period in which the military targeted thousands of its citizens. Nazario recounted that she “lived in fear every day.” She remembers friends being tortured by the military and having to burn all her father’s books as a precaution, including a copy of the “revolutionary” Alice in Wonderland. While walking down the streets of Buenos Aires one day, Nazario came face to face with blood on the pavement. She discovered that two journalists had been killed for “trying to tell the truth.” It was the first time she realized the power of words and storytelling. It was in that moment that she decided to become a journalist.

“The lesson of that day never left me, and it made me determined to tell stories that I hoped would matter,” she told the audience.

Nazario’s family returned to the United States soon after. She flourished in college, despite her working-class status and being “one of maybe five Latinos on campus.” She graduated with honors and at 21 became the youngest person ever hired by The Wall Street Journal. There, she focused on covering social justice, women, children, the poor, Latinos, and those “who don’t get enough ink in this country.”

Her specialty became “fly-on-the-wall” reporting, which involves dropping oneself in the middle of the action and watching it unfold. “This is the best way to bring an immediacy and power to storytelling that you really can’t get any other way,” she said, noting her desire to take people into worlds they might otherwise never know.

During her talk, Nazario described using this same reporting method for Enrique’s Journey. In order to tell Enrique’s story, she decided to experience for herself what it’s like to ride the rails as migrants do. What followed was an arduous six-month journey across Honduras and Mexico, an odyssey she called “the hardest thing I’ve ever done in my life.” The personable, 50-something Nazario described crossing the Suchiate River by raft, evading Mexican gangsters, hitching a ride in an 18-wheeler in the Northern Mexican city of Matehuala, and traveling more than 1,600 miles — much of it riding atop trains. “I wanted to show the dangers these kids faced,” she said. “I wanted to humanize immigrants and their experience.”

Nazario’s curiosity about the migrant route was first piqued by a conversation with her Guatemalan housecleaner, Carmen, who left four children behind to come work in the United States. Struck by Carmen’s sacrifice and the determination of migrant children to follow in their mothers’ footsteps — something Carmen experienced after her son rode the rails to find hers — Nazario started to investigate what she calls “a modern-day odyssey.”

Carmen’s choice is not uncommon. In Los Angeles, one study found that four out of five live-in nannies have a child left behind in their home country, said Nazario, who has reported on immigration for more than 20 years. While adult males once made up the overwhelming majority of immigrants, today 51 percent of the 11 million undocumented migrants living in the United States are women and children, explained Nazario.

“I saw a kind of determination that I could’ve never imagined before this journey,” said Nazario, recalling the moment she witnessed a boy re-board a train only three weeks after losing his legs in a previous attempt. Another time, she narrowly avoided tumbling off the train when she was smacked in the face by an overhanging branch. She later learned that a young boy had likely perished after being clouted by the same branch. 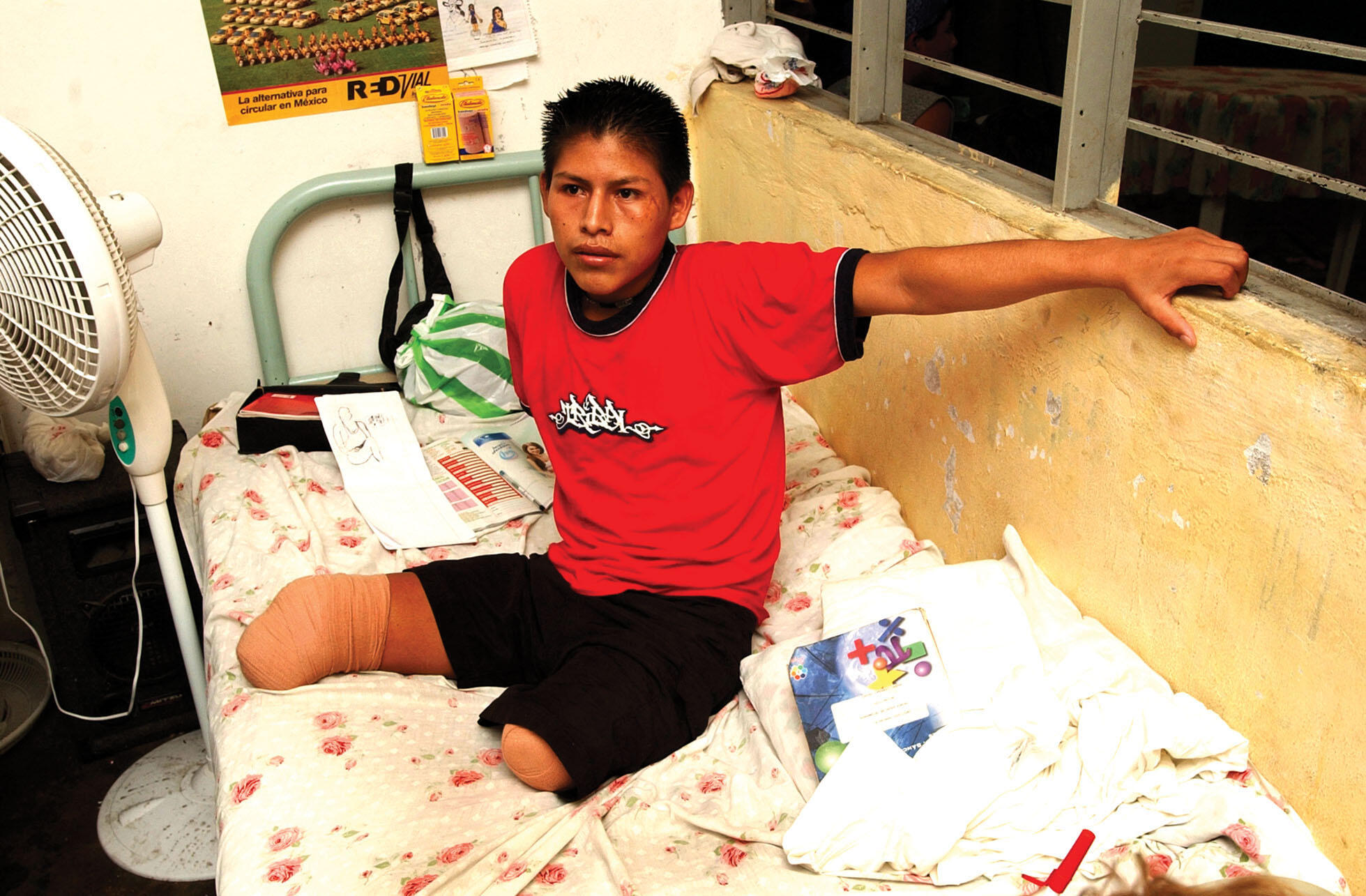 Nazario pointed to many factors that have contributed to the surge of immigration in recent decades. High rates of single motherhood in Central America have left women to fend for themselves. With the lack of work opportunities in their home countries, mothers become desperate to provide for their families. The result is a significant rise in migration north by Latin American mothers from El Salvador, Nicaragua, Mexico, and Honduras — a country that suffers from 44 percent unemployment and the highest homicide rate in Central America.

Children, in turn, flee their home countries to escape drug-fueled violence and poverty. However, as Nazario pointed out, they also frequently risk the rails simply to reunify with a parent from whom they’ve been separated for years — as in Enrique’s case. Before making his journey, Enrique had not seen his mother in 11 years.

Nazario concluded her talk with some reflections on the implications of her work for immigration policy. While noting that immigrants provide net economic benefits to the United States, she also acknowledged that “there are winners and losers in terms of this influx, and the losers are the one in 14 Americans who don’t have a high-school degree.” These workers, many of them African Americans or naturalized citizens, have seen their wages drop by 4 to 5 percent because of competition from migrants. Nazario also pointed to the costs that migration inflicts on immigrants themselves. Children who have been left behind have food to eat and the opportunity to stay in school, but their sense of abandonment can lead to resentment against their mothers. “Even a dog doesn’t leave its litter,” she recalled one son telling his migrant mother.

Because of who is hurt by migration, Nazario argued, the United States should try to reduce the flow. But what has been tried so far hasn’t worked. Border enforcement has made crossing the border increasingly expensive and dangerous, effectively sealing migrants inside the United States. Temporary guest workers have historically been very reluctant to go home. And the last time the United States offered pathways to citizenship, with the Reagan-era Immigration Reform and Control Act of 1986, newly legalized immigrants sent for their friends and families, leading to a new wave of illegal immigration. Nazario suggested that a better strategy would be to “tackle the exodus at its source.”

Four countries send 74 percent of all migrants, she noted. Foreign and trade policies “that promote democracy and job creation in the home countries” would be a more effective way to stem the tide of migrants than building bigger fences. And, if Mexican and Central American women can find jobs at home, they won’t have to face the wrenching choice between living with their children and feeding them.

Sonia Nazario is a Pulitzer Prize-winning journalist and the author of Enrique’s Journey. She is a former reporter for The Los Angeles Times and The Wall Street Journal and earned her Master’s degree in Latin American Studies at UC Berkeley. She spoke for CLAS on August 29, 2013.

Sarah Yolanda McClure is a student at UC Berkeley’s Graduate School of Journalism. 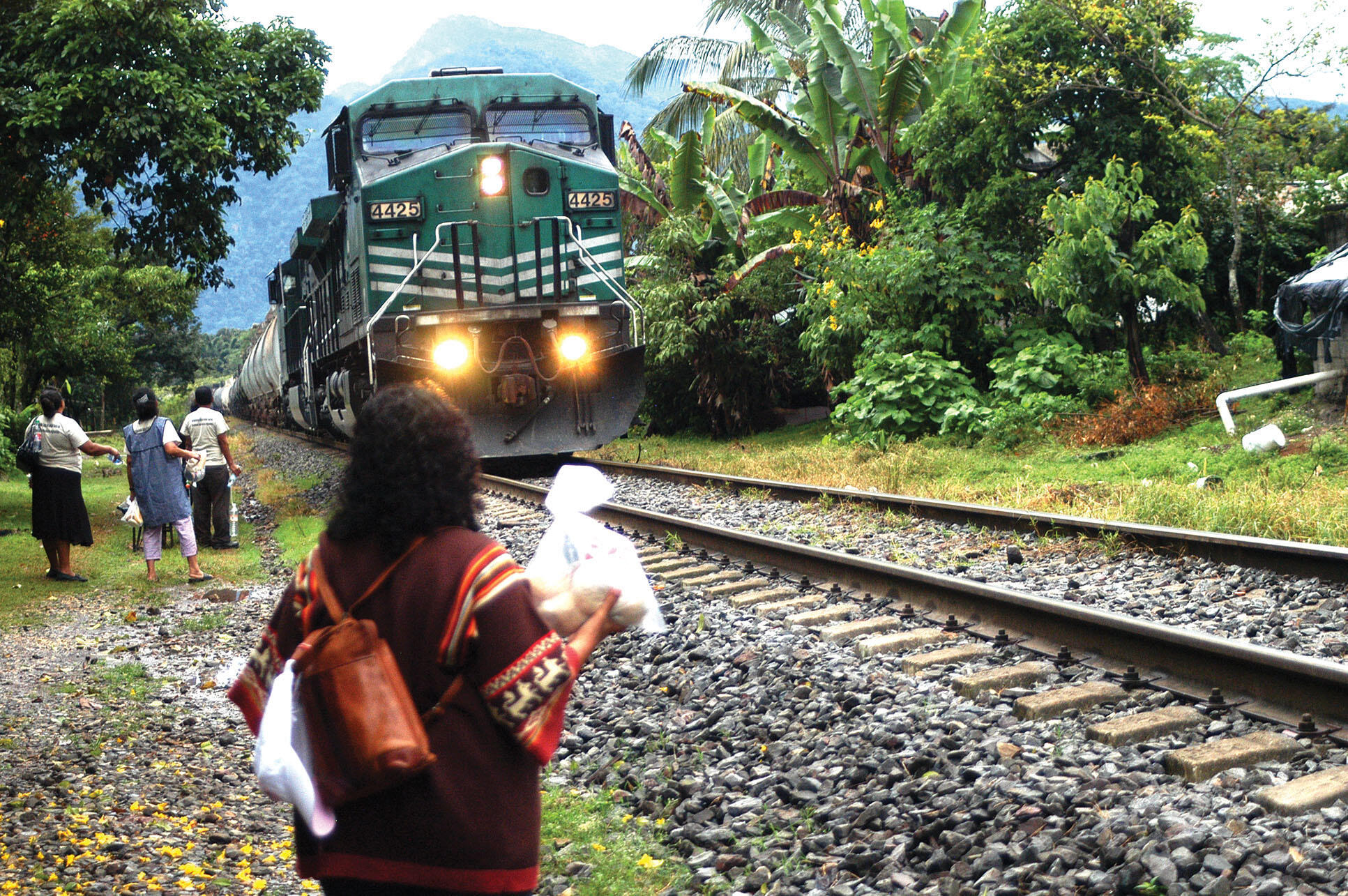