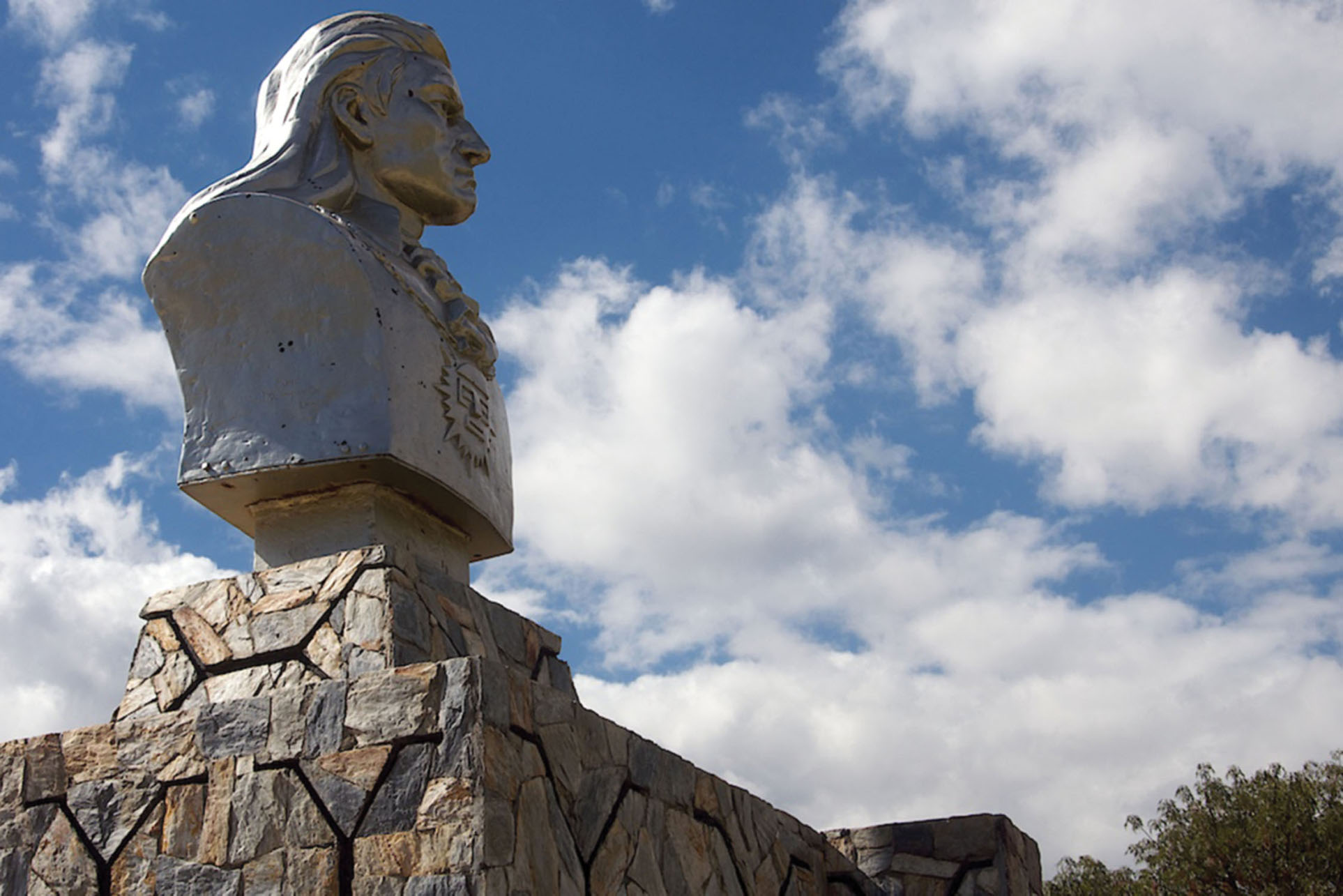 The Tupac Amaru Rebellion stormed through the Andes from 1780 to 1783. The largest uprising in colonial Spanish-American history, it stretched from its base just south of Cuzco, Peru, into Charcas, in present-day Bolivia, with parallel skirmishes and revolts in what became Chile, Argentina, and Colombia. Rebels sacked haciendas, torched textile mills, and harangued the indigenous peasantry in the Inca language, Quechua, to rise up against the Spanish. The rebels presented a complex platform that included Inca revivalism and the abolition of a series of taxes and impositions on indigenous people.

Tupac Amaru claimed to fight in the name of the Spanish king, protected priests and the Catholic Church, and even recruited some Spaniards. The rebel masses, however, had more radical notions. Colonial authorities worried that they were going to lose control of the vast corridor between Cuzco and the famous mines of Potosí and that the rebels would then besiege Lima and Buenos Aires. Up to 100,000 people died in the brutal struggle, primarily anonymous indigenous people suspected of supporting the insurgents. Although the rebellion ultimately failed, it reshaped colonial Peru and cast a long shadow on post-colonial society as well.

Its leaders, José Gabriel Condorcanqui, who assumed the Inca name Tupac Amaru (II), and his wife, Micaela Bastidas, paid dearly for their subversion. On May 18, 1781, they were dragged behind horses, their hands and feet tied, to Cuzco’s main plaza. There, they witnessed the hanging of their eldest son, other relatives, and members of their inner circle. Executioners then slashed Micaela Bastidas’ tongue before strangling her with the garrote. In one of the most famous scenes in Peruvian history, Condorcanqui was quartered by four horses, his limbs dislocating but not separating, and was then beheaded. Their youngest son, Fernando, had to witness the gruesome spectacle. Too young for capital punishment, he was sent on a harrowing journey to Spain and was imprisoned there for more than a decade. Another son, Mariano, eluded capture and continued the rebellion in the south for two more years. Authorities displayed the leaders’ heads and limbs throughout the rebellion’s base area as a grisly warning. 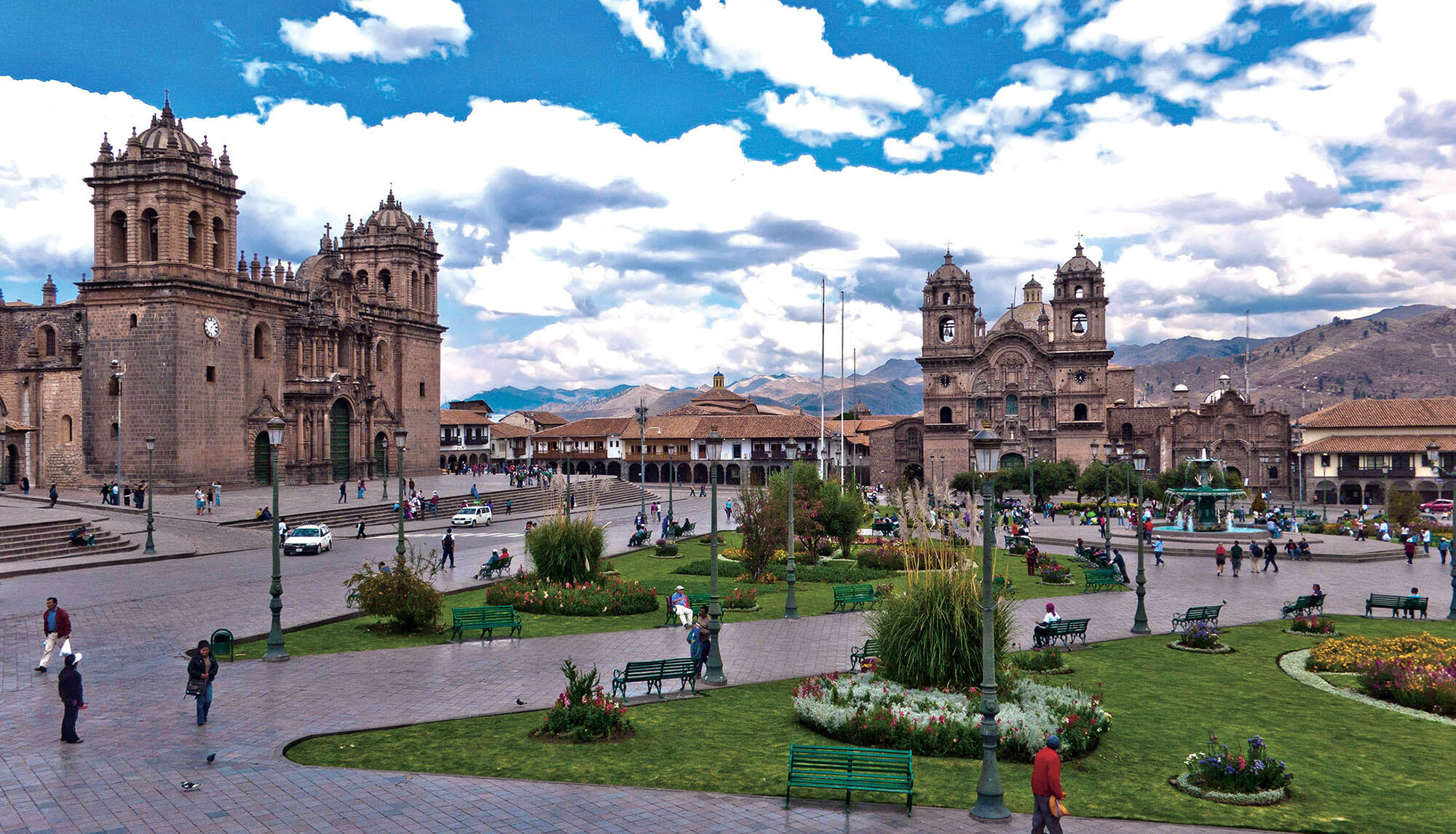 Both Bastidas and Condorcanqui became heroes in Peru and beyond, but their trajectories as revolutionary icons have been sporadic, and their place in revolutionary history remains unclear. Two guerrilla groups (the Tupamaros in Uruguay and the Movimiento Revolucionario Túpac Amaru or MRTA in Peru) as well as the famous rapper, Tupac Amaru Shakur, took the rebel’s name, and in Peru, countless streets, plazas, and markets are named after him. Everyone in Peru has heard of Tupac Amaru (Micaela does not have quite the fame), but not everyone knows who he was. His physical image has varied (unlike Che Guevara, no iconic photo exists, of course), although most portraits cast him as rugged, handsome, and willful. The story of how this couple, made amorphous by the passing years, became global insurgent symbols in the decades and centuries after their uprising is a curious trans-Atlantic tale.

In the aftermath of the uprising, convinced that they had almost lost control of the massive area between Buenos Aires and Lima and that their hold on the Andes remained shaky, colonial authorities censored discussions about the rebellion and the fate of the rebels. They succeeded in the print media — it would take decades before Spanish intellectuals debated the significance of the uprising. Although English newspapers printed articles about the “Indian uprising in Peru,” they lost interest quickly, and the Tupac Amaru rebellion did not become a topic of international discussion. In Cuzco, no one had forgotten the uprising — its human cost and economic impact remained painfully evident — but for decades, people feared any association with the rebellion. Curiously, it was in Argentina where the first wave of interest and veneration arose. In 1821, the play “Tupac Amarú” (sic) opened in Buenos Aires, and the following year, Tupac Amaru’s half-brother, Juan Bautista, was received as a hero there after almost 40 years of imprisonment in Spain and Ceuta. He never returned to Peru.

Twentieth-century historians, poets (with great success), and novelists (with less) lauded Tupac Amaru and Micaela Bastidas, converting them into revolutionary heroes. Illustrations cast Tupac Amaru as a pony-tailed, burly victim of Spanish treachery and Micaela as an obedient second-in-command. No portrait or description of Micaela survived the uprising, although some documents hint that she had black blood. Artists in the 20th century whitened her, converting her into a virtual Andean Barbie Doll. In 1950, the Cuzco City Council, the Universidad Nacional San Antonio Abad, and the Rotary Club installed a plaque honoring Tupac Amaru in Cuzco’s central plaza, near where he, Micaela Bastidas, and key supporters were executed.

In the 1960s and early 1970s, global fascination with third-world political struggles and anti-colonialism sparked a renewed interest in Tupac Amaru. For example, in 1972 Afeni Shakur, a member of the Black Panthers, changed her infant son’s name from Lesane Parish Crooks to Tupac Amaru Shakur. He became one of the world’s most famous rappers, a symbol of resistance and nonconformity who was also brutally murdered. 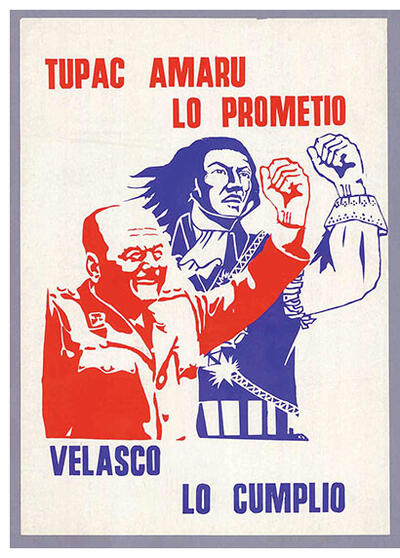 The unique “Revolutionary Government of the Armed Forces” of General Juan Velasco Alvarado (1968-1975) launched Tupac Amaru as Peru’s national symbol by associating the rebel with all the regime’s activities, particularly the agrarian reform. Streets, plazas, halls, and five-year plans were named after Tupac Amaru, who also adorned Peru’s currency, coins, and stamps. Large statues in Lima and Cuzco honored him while dozens of plaques and smaller monuments celebrated other rebel leaders. Artists such as Jesús Ruiz Dur-and and Milner Cajahuaringa created portraits and posters that stressed the ties between the 1780-1783 rebellion and the Velasco government. Many of these adopted the colorful symmetry of pop art, with some of the posters now fetching heady prices as art pieces. A supposed Tupac Amaru quote, “Peasant, the master will no longer feed from your hunger” became the government’s leading slogan. Tupac Amaru never said this; Velasco’s speechwriters invented it.

The Velasco Alvarado government stood apart from the brutal military regimes that seized power in Brazil, Uruguay, Chile, and Argentina in the late 1960s and 1970s. It launched an extensive agrarian reform, avowing to do away with the “oligarchy” and to return the land to indigenous people, or campesinos, the term they preferred. Velasco also confronted the United States, expropriating the International Petroleum Company, a subsidiary of Standard Oil, and the Cerro de Pasco Company and staring down multinational corporations. While Velasco espoused a “neither capitalism nor communism” doctrine, Peruvians celebrated or decried him as a leftist who was leading Peru into new, revolutionary terrain.

The regime’s association with Tupac Amaru made sense on several fronts. Velasco knew that his agrarian reform would infuriate the upper classes and sought counter-weight among indigenous peasants. Many of the officers who supported the regime came from humble backgrounds, as was the case with Velasco, and many had seen firsthand Peru’s shocking poverty and inequality in the mid-1960s campaigns against guerrilla groups. They understood that Peru needed to change, particularly in the Andes, in order to modernize and to avoid deep social turmoil. Tupac Amaru was seen as a vital link to campesinos: a Quechua-speaking Indian from Cuzco who had confronted the Spanish and had been marginalized
by “official” Peru for centuries.

The wonderfully creative Ruiz Durand and other artists created eye-catching symbols that adorned posters and proclamations, particularly important for those who did not have access to television or radio and could not read and write. Not surprisingly, the Velasco regime paid far less attention to Micaela Bastidas, touting her as an important supporter, a loyal wife. Although Velasco proved to be far different in political terms than his brethren in the southern cone, his views on women did not vary that greatly.

But it wasn’t just marketing that drove the Velasco-Tupac Amaru association. History mattered a great deal to Velasco and his supporters. He cast himself and the government as the continuation of the Tupac Amaru rebellion, pledging to finish what Condorcanqui had begun. The 150th anniversary of Peru’s independence took place in 1971, and Velasco and other nationalists challenged the interpretation that put foreigners such as José de San Martín or Simón Bolívar at the forefront. Instead, Velasco as well as the remarkably diverse committee of specialists that published the 86-volume document collection, the Colección Documental de la Independencia Peruana, emphasized Tupac Amaru as the initiator of the struggle against the Spanish — a battle for social justice that Velasco would culminate — as well as the participation of all Peruvians in the struggle against the Spanish.

Tupac Amaru was one of the few high points in Velasco’s rocky government. He not only faced the wrath of Peru’s powerful and the consistent (yet ultimately restrained, at least compared to what occurred to Peru’s neighbor Chile) opposition of the United States but also failed to gain broader support among the middle class or the left. The economy stagnated by the early 1970s, and struck by an embolism in 1974 that forced the amputation of one leg, Velasco was overthrown by more conservative military officers in August 1975.

In the 1960s and 1970s, and above all during the Velasco period, Tupac Amaru became a leading figure in Peruvian history. The question of his role in the war of independence continues to animate historians and others. Some follow Velasco’s interpretation, placing Tupac Amaru as the precursor, his uprising the bloody and frustrated first step in emancipation from Spain. Critics of this position from the left point out that Tupac Amaru sought a very different venture than did the liberators of the 1810s and 1820s and cannot simply be placed at the beginning of the list. Conservative critics, uncomfortable with indigenous revolutionaries, prefer to highlight the coastal-based revolts beginning in 1815.

Although these debates continue, particularly now that Peru is heading towards its bicentennial in 2021, what is clear is that Tupac Amaru has become a national and international icon. In some regards, the ambiguity about what the rebellion sought and Tupac Amaru’s role in Peruvian history has added to his mystique and allowed different groups to support him. Since the 1970s, Tupac Amaru has become a hero, while meaning very different things to different groups.

Charles Walker is a professor of History and the director of the Hemispheric Institute on the Americas at UC Davis. His most recent book is The Tupac Amaru Rebellion (Harvard University Press, 2014). He spoke for CLAS on October 2, 2014. 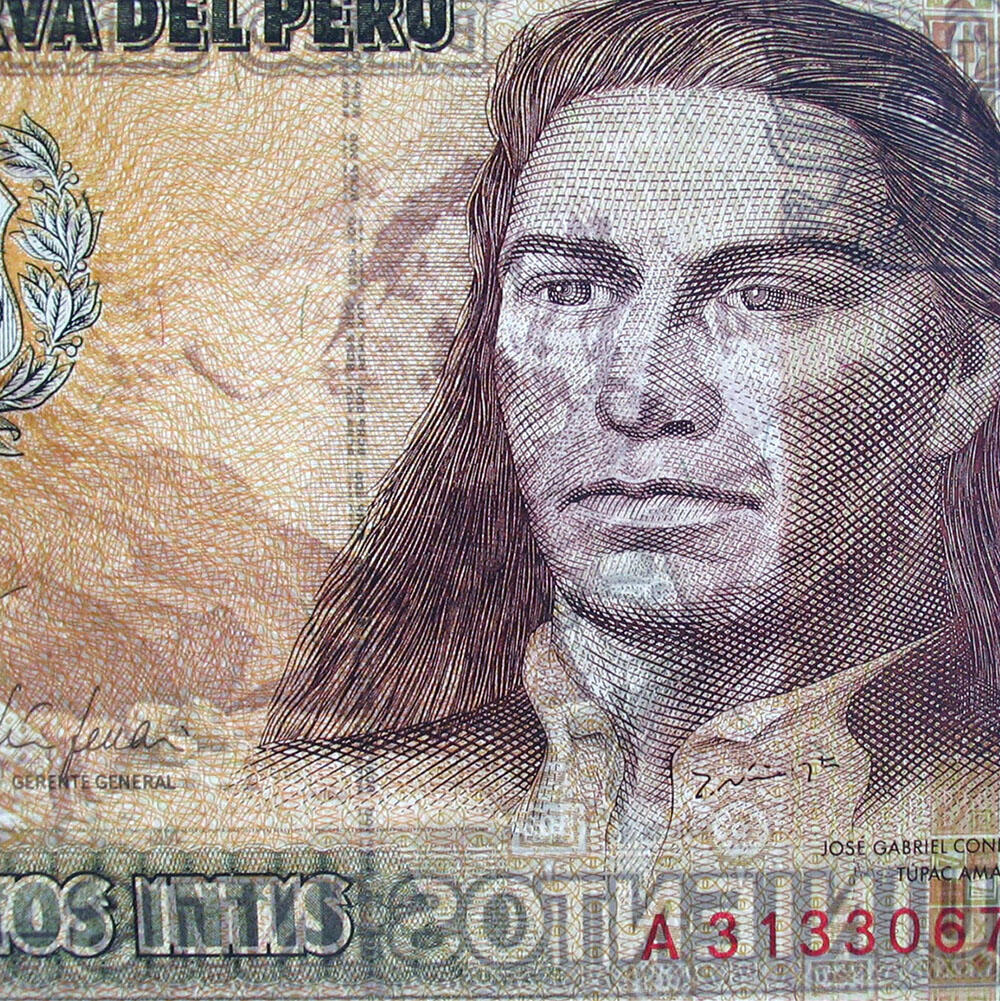