PUBLIC HEALTH: Disparities From the Cell to the Street 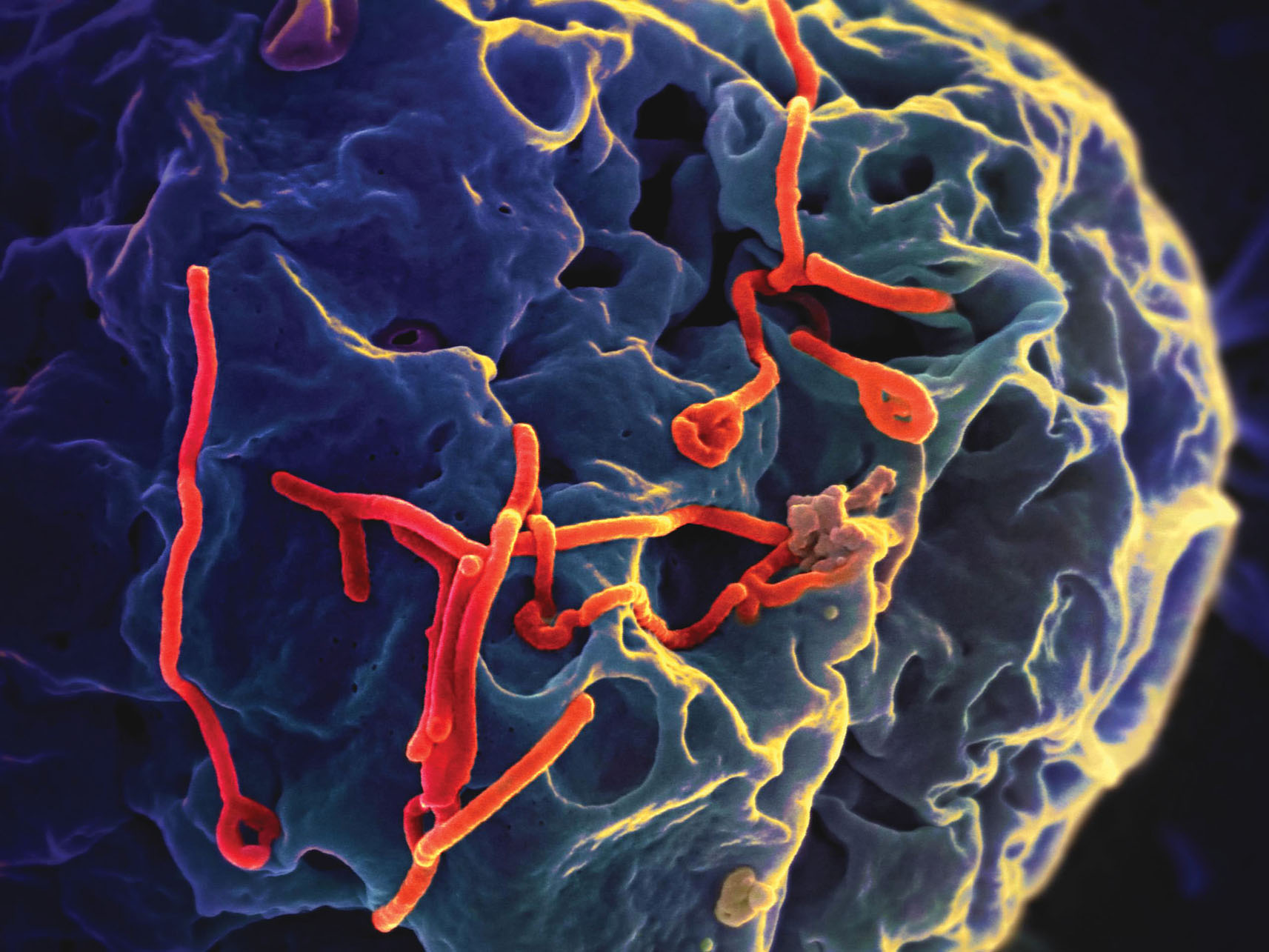 As of October 31, 2014, the West Africa Ebola epidemic had claimed 4,960 lives. Respecting neither social status nor political borders, the disease’s victims ranged from young children to local healers to world-renowned doctors, and new cases were being discovered in Europe and the United Sates, most of them contracted abroad. As bad as the situation was, according to Dr. Lee Riley, a professor of Public Health at UC Berkeley, it could have been much worse. What, he asks, would have happened if the largest Ebola outbreak the world has ever seen had begun just a few months earlier, during the World Cup that brought a million visitors to Brazil?

While the media coverage of the epidemic has pointed to poverty, cultural practices, a lack of access to health care, and the after-effects of war as the drivers of Ebola’s spread, these factors haven’t changed since the 1970s when the virus first surfaced. The elephant in the room, and the real culprit for the uncontrollable nature of this outbreak, Riley argued during his talk for the Center for Latin American Studies, is the proliferation of urban slums. “When the virus enters these slum settlements,” he said, “it gets amplified.”

According to the UN, more than half of the world’s population currently lives in an urban setting compared to 30 percent in 1950. Worldwide, there are at least 400 cities with more than one million inhabitants, including 33 “megacities” with more than 10 million residents. A disquieting number of these urbanites — an estimated one billion people — live in slums, and that number is expected to double by 2030. Slums are defined by the United Nations as having at least one of the five following characteristics: poor-quality housing, overcrowding, inadequate access to safe water and sanitation, and insecure residential status. In sub-Saharan Africa, about 70 percent of urban dwellers live in slums. In Sierra Leone, one of the epicenters of the Ebola outbreak, that figure is 90 percent. In Rio de Janeiro, where Riley has worked for more than 20 years, nearly 30 percent of the urban population lives in slums known as favelas.
Riley used a powerful photo to illustrate Brazil’s housing disparities. It depicts a lavish São Paulo apartment complex, with shared tennis courts and individual pools on every floor, which is separated by a thin wall from the fragile and complex infrastructure of a favela. As the photo makes clear, the lifestyles of residents on either side of the fence couldn’t be more different. But perhaps more surprisingly, Riley explained, the illnesses they incur are different, too. 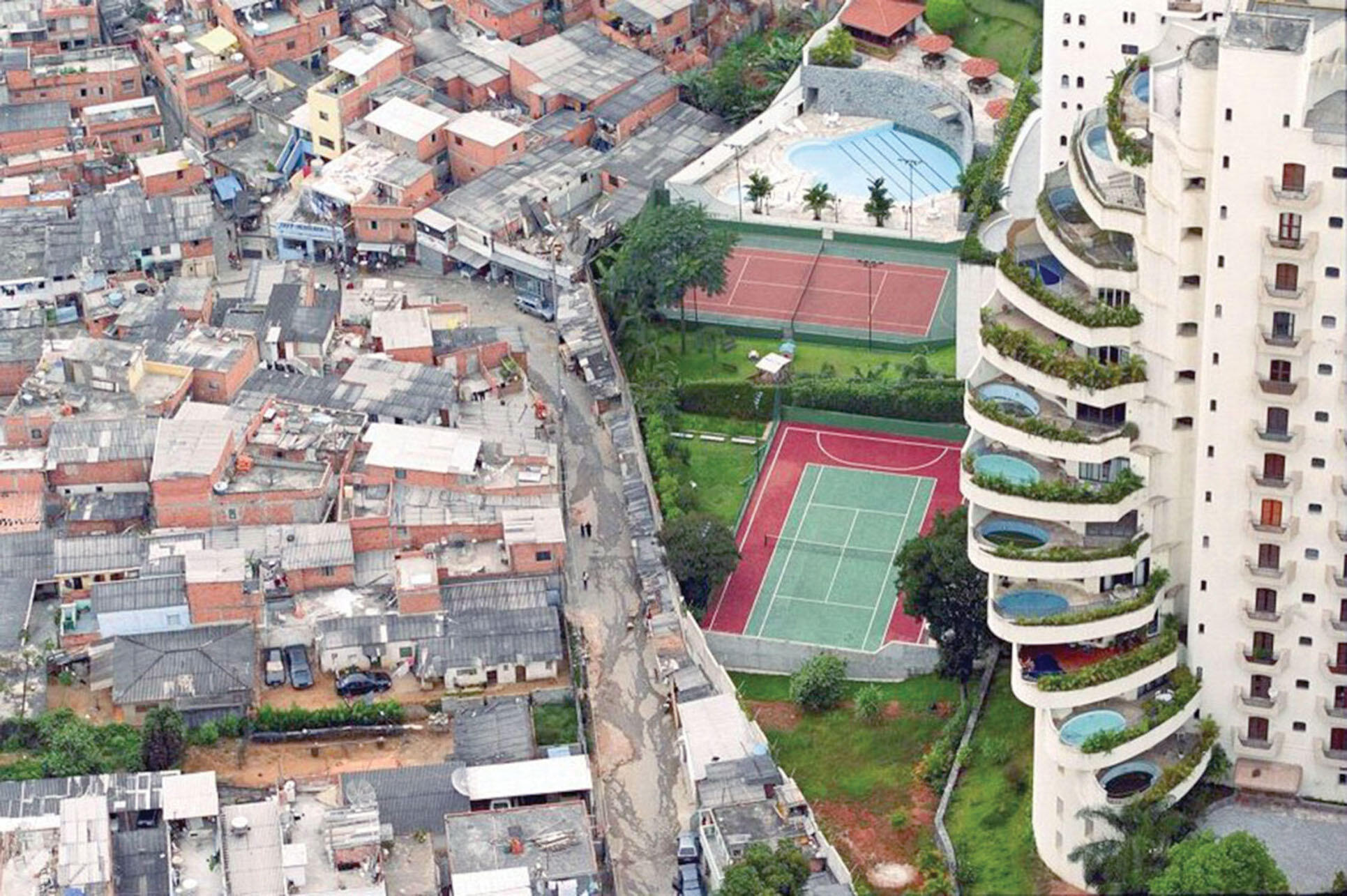 The diseases that are found on the high-income side of the fence range from HIV and tuberculosis to influenza and hypertension. The slum side of the fence has, in addition to its neighbor’s afflictions, multi-drug-resistant tuberculosis; hepatitis A, B, and C; leptospirosis; vaccine-preventable diseases; and advanced-stage cervical cancer. There are clear reasons for some of these disease differentials — for example, access to vaccines and screenings such as PAP smears — but other disparities are not as clear cut.

When it comes to streptococcal throat infections, for example, Riley and his team of researchers have discovered two worlds in one city. The slum side of the fence is afflicted by strains of the bacterium common in the developing world, while those on the affluent side tend to get the strains usually found in the developed world — precisely the strains that new, experimental vaccines are being designed to combat. While strep is easily treated with penicillin, those in poor communities frequently have limited access to even basic health care. Left untreated, recurrent strep throat causes the body’s immune system to attack the heart valves, which have proteins similar to the ones found on the streptococcal bacterium, a condition known as rheumatic heart disease. The affected heart valves eventually have to be replaced and then have to be changed every 10 to 20 years. Today, the mean age of Brazilians in need of heart-valve replacements due to rheumatic heart disease is 9 to 12 years old, and they reside disproportionately in favelas. 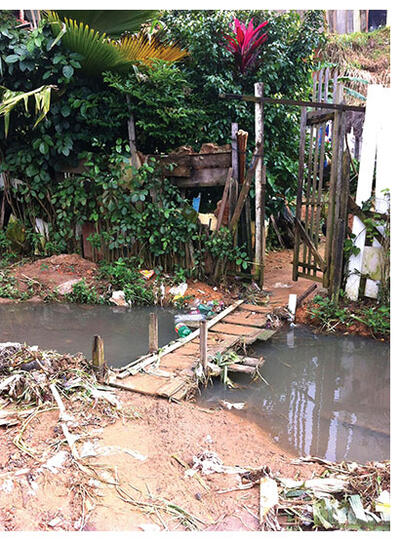 The early onset of such a dis-abling condition leads to the loss of many years of healthy, productive life. Various studies have attempted to quantify the cost of such disabilities across broad populations. A famous example is the Global Burden of Disease Study, which was published in The Lancet in 2010. It consisted of a worldwide effort to measure the disease burden for 220 diseases by calculating the disability-adjusted life years (DALYs) caused by these diseases. DALYs are the sum of the years spent living with a disability and the years of life lost due to a disease or medical condition. While the Global Burden of Disease Study provided an important baseline, Riley noted that it presented only aggregated data: no information about the disease burden in subpopulations of the countries studied was included.

There are logistical reasons that help explain why this data was omitted. Measuring disease burden is expensive, especially in informal settlements where many residents lack official addresses and do not receive regular health care. Further complicating matters is the fact that, historically, the births of Brazilian slum dwellers were not even registered. Obtaining health information in the favelas thus takes time, money, and physical effort, and in the past, their residents were simply excluded from the country’s demographic health surveys. As a consequence, data about their health risks was not found in formal statistical surveys, explained Riley.

Recently, Brazil has started to differentiate between slum and non-slum communities for the national census. The Brazilian Institute of Geography and Statistics created the term aglomerados subnormais, or sub-normal agglomerates, to refer to favelas in 2006. Riley’s group is using the new data generated by the census to compare the number of DALYs lost to tuberculosis in slum and non-slum communities. In the city of Rio de Janeiro, Riley found that in, non-slum census tracts, tuberculosis resulted in 236.4 DALYs per 100,000 residents, while in the favelas, the figure was 306.4 DALYs per 100,000, a “DALY gap” of 70.Riley argued that this DALY gap can be closed with improvements to slums, but that one cannot wait on large sweeping changes by the government.

As a scientist working in the field, Riley outlined steps that he feels are crucial to combatting health disparities. First and foremost, he argued, there needs to be formal recognition that this population exists. Then, their burden of disease should be assessed so that national governments have information on which to base their decisions. He also tasked researchers like himself with developing novel health interventions specifically designed for slums.

Such interventions can end up having multiple benefits. As evidence, Riley described a cam-paign undertaken in 2008 by the city of Salvador in response to work done on leptospirosis by one of his collaborators, Dr. Albert Ko. Open sewers at the bottom of three of the five valleys of the Pau da Lima favela were closed, an intervention that had unforeseen positive impacts on diarrheal and skin diseases in addition to leptospirosis. Riley added that one of the benefits of working in a country like Brazil is that the government has the resources to respond to compelling arguments made by epidemiological research.

Working to eradicate health disparities in slum communities is not just the right thing to do; it’s the smart thing as well. Riley used a little-known event to make this point. In the lead up to the World Cup, Rio de Janeiro hosted another, smaller soccer event: the 2014 Street Child World Cup. About 230 children from 19 different countries participated, including a team from Liberia. What, asked Riley, if one of those young soccer players developed a fever from Ebola virus infection while in Brazil? And what if all those exposed children returned to the slums back in their own countries? What good would a fence separating the poor from the wealthy have done then?

Riley ended his talk by quoting Pope Francis, who said that people in positions of power seem not to care about poverty, but “the main stock exchange goes up or down three percentage points, and this is a world event… It’s time to flip the tortilla.” Paying attention to the health and infrastructure needs of slum dwellers is the first step in improving their life chances and reducing the threat posed by epidemics that cannot be contained by walls. The last words in Riley’s presentation were a poignant entreaty: “Don’t throw them away.”

Dr. Lee Riley is professor and chair of the Infectious Disease and Vaccinology division at UC Berkeley’s School of Public Health. He spoke at CLAS on October 27, 2014.

Eva Raphael received her MPH from UC Berkeley’s School of Public Health. She is currently a fourth-year medical student at Emory University. 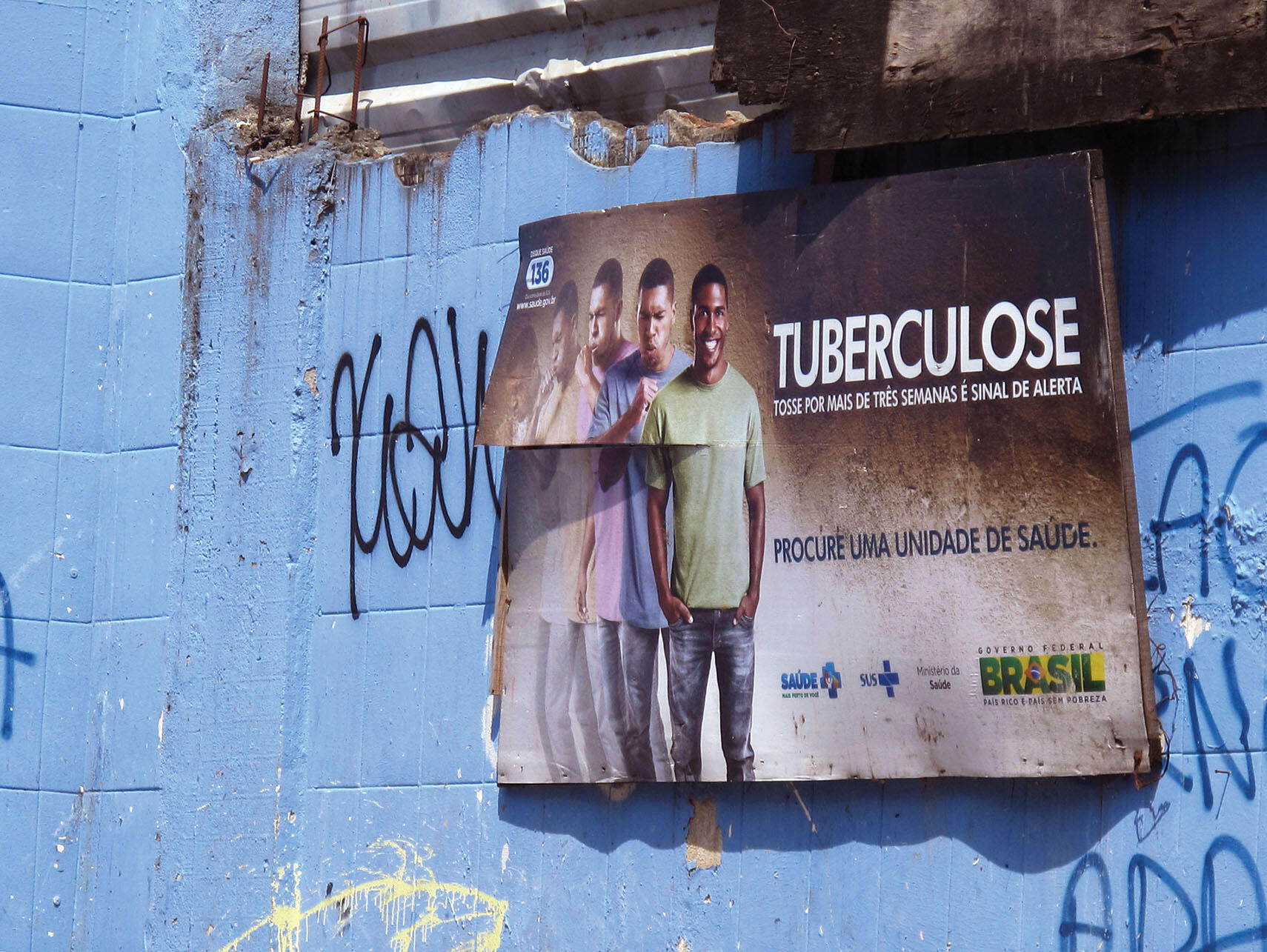