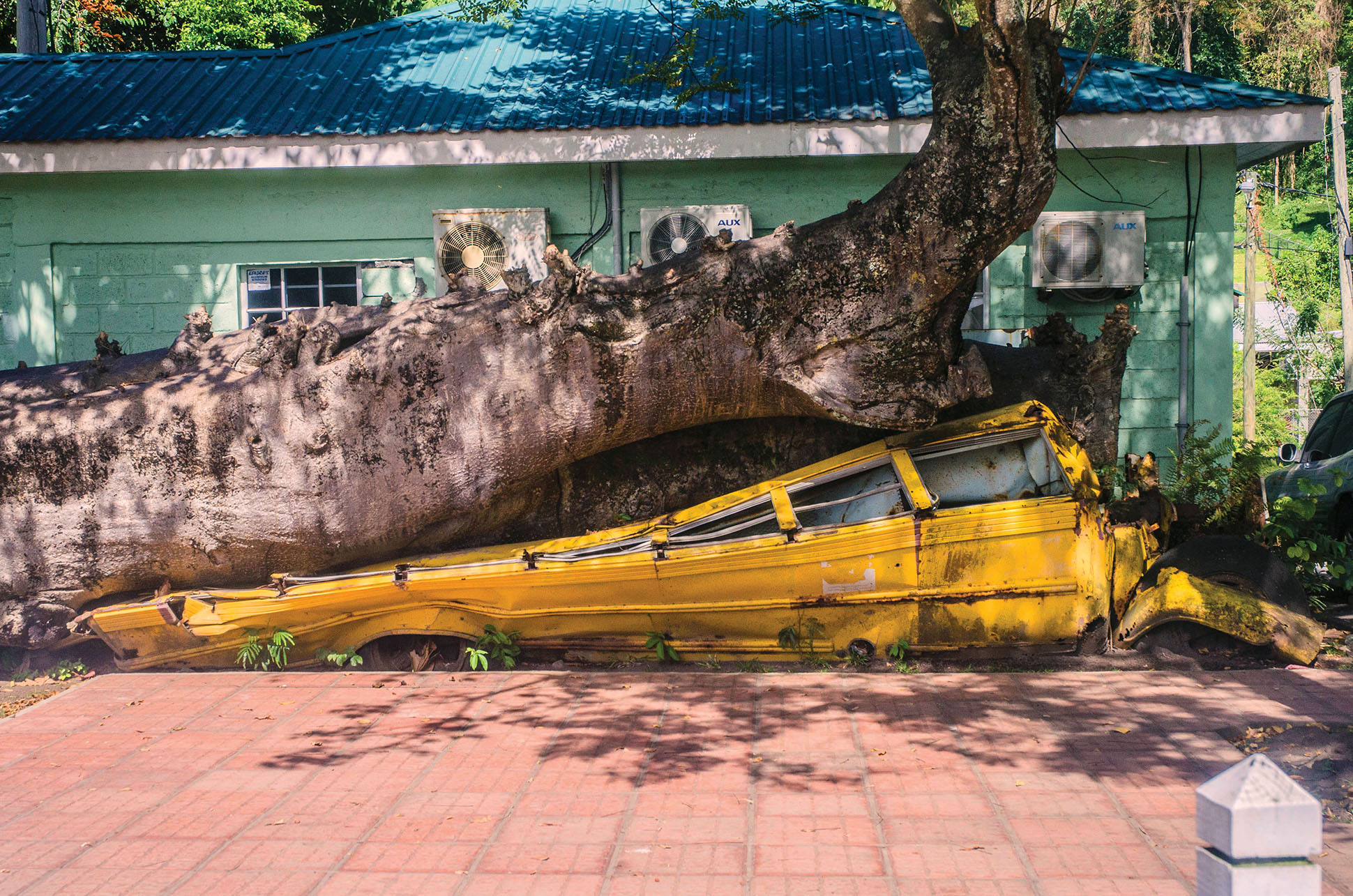 “When Hurricane Georges came through back in 1998, we lost a lot of trees. Our canopy trees fell and crushed the cacao trees,” Hugo tells me. We’re sitting in the shade of a cacao tree with three other cacaocultores (cacao growers) on the outskirts of the city of San Francisco de Macorís, in the Dominican Republic. Jorge, Juan, María, and Pablo are all members of a local cacao growers’ cooperative. They generously agreed to spend a day with me, showing me around their small farms in the island’s northeastern region. They grow cacao trees in the shade of taller timber and fruit trees that enrich and stabilize the soil and provide a habitat for native birds and insects. While feeding me copious amounts of tropical fruit — and joking that a cacao farm is better than a grocery store for finding snacks — they patiently answer my questions about agroforestry, biodiversity, and hurricanes.

At the mention of Hurricane Georges, they jump into the conversation to share their memories and observations. “Georges killed a couple hundred people,” Pablo says, “and it destroyed around 50 percent of the island’s crops.” I ask the group what happened after Georges. Were farmers like themselves able to replant their crops or trees and resume production the following year? “Some did,” María explains, “especially those of us in cooperatives, where we had community support and help getting going again. But some people gave up and left their land. Especially because with cacao, you won’t get a crop right away; the tree has to mature first.”

This observation lies at the crux of my interest in agriculture, environmental shocks, and land-use trends in the Caribbean. Small-scale farmers in the Dominican Republic and other Caribbean islands face recurrent environmental disturbances in the form of hurricanes. These extreme weather events cause mortality and direct damage to buildings and fields, reducing agricultural production in their immediate aftermath. For example, data from the United Nation’s Food and Agriculture Organization indicates a nearly 29-percent decrease in the area harvested for cacao in the Dominican Republic in the year after the passage of Hurricane Georges.

With the support of a Tinker Foundation and CLAS-funded research grant, I spent two weeks in the Dominican Republic carrying out preliminary fieldwork for my dissertation, which studies the impacts of hurricane strikes on small-scale agricultural production. More specifically, I examine whether the catastrophic damage and losses from hurricanes drive land abandonment and forest transition in the Caribbean, a process in which farmers cease their activities. In the absence of direct land management, secondary forests can grow on land that had recently been used for agriculture. 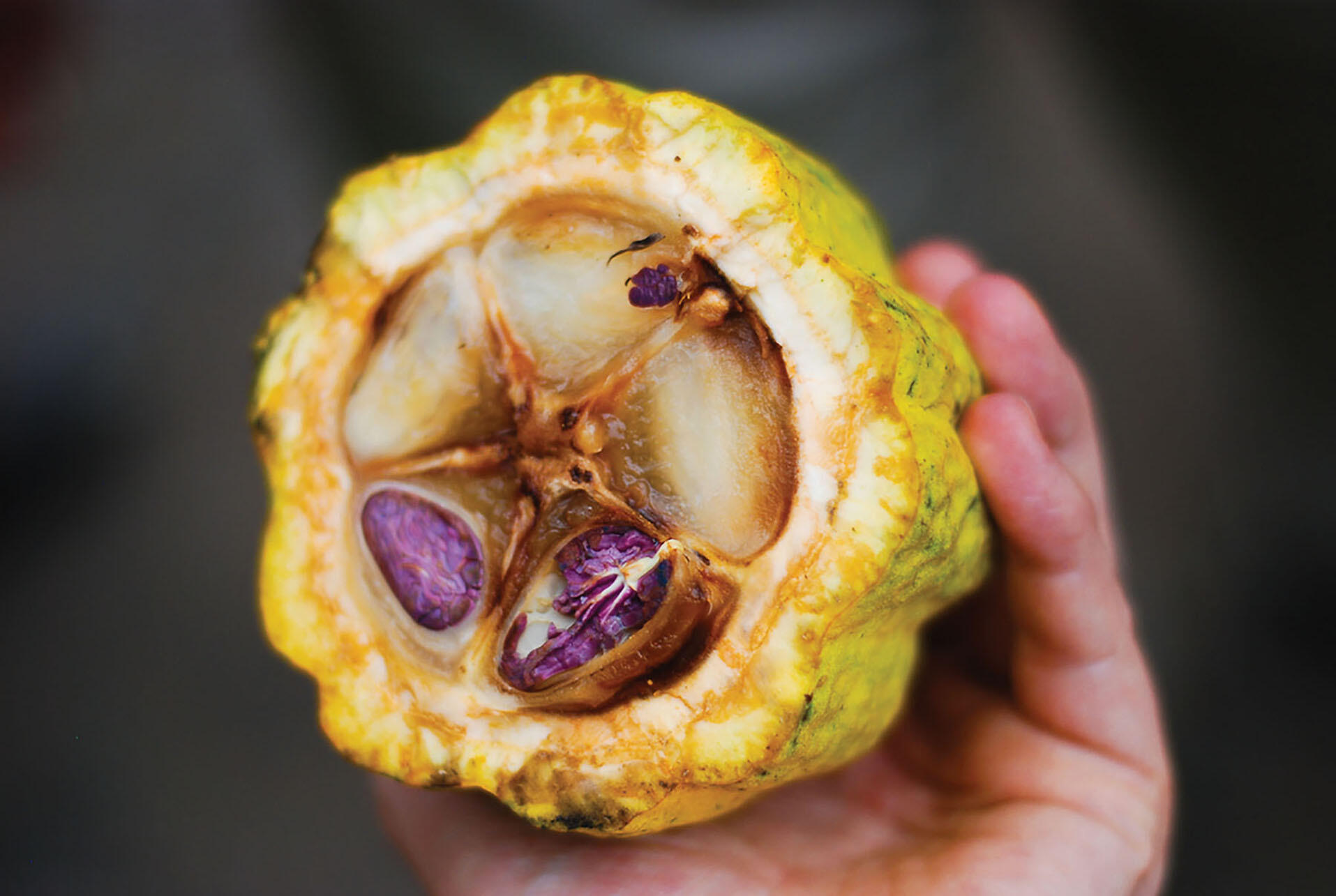 Caribbean forests form part of a global biodiversity hotspot, where high levels of endemic species are threatened by habitat loss due to deforestation for agriculture, livestock, tourism, and urban development. While agricultural land abandonment in the Caribbean in the wake of disasters like hurricanes threatens the economic sustainability of rural communities and local food security, it also potentially expands habitats for native species. I am interested in both of these potential consequences, the negative and the positive. Understanding the patterns and drivers of these trends will become even more important as climate change intensifies the strength of hurricanes.

In addition to their concerns regarding hurricanes, the farmers I spoke with stressed two additional threats to rural communities in the Dominican Republic. The first problem is the increasing age of the rural population: more and more young people are migrating to the cities for work, leaving the older generation in the countryside. The other threat is poor land-use planning. As a coffee farmer in San Cristóbal Province, in the southern part of the island, explained to me, “The government is sowing the best farmland with cement and harvesting cities and airports.” In his view, some of the country’s prime agricultural land is being converted into urban areas for the island’s growing population and for airports, hotels, and other infrastructure for the tourism industry. This concern underscores the immense pressures on the limited land areas of Caribbean islands, where competing land uses threaten both biodiversity and rural livelihoods.

In light of the pressure on land in the Caribbean, I am particularly interested in the trajectories of abandoned farmland. When someone stops farming, what happens to the land? Under what circumstances does someone else buy the land and start farming, either with the same crops that were grown before or with different crops? When does the land get developed for the tourism industry or urban growth? And when and where does forest regenerate on abandoned land? And how does this process vary depending on the type of agriculture that was practiced previously?

Groups like Grupo Jaragua, Enda Dominicana, Sur Futuro, and the Centro para el Desarrollo Agropecuario y Forestal (CEDAF, Center for Agricultural and Forestry Development) — four nonprofit organizations I visited while in the Dominican Republic — are trying to address both issues: the aging rural population and changing land use. All four groups see agroforestry as a potential way to restore land that has been degraded by intensive agricultural activity or grazing, turning it into productive farms that can simultaneously support native biodiversity. As climate change is predicted to increase the incidence of extreme weather events in the Caribbean, it is important to understand the social and ecological resilience of these agroforestry systems to hurricanes.

Throughout my trip to the Dominican Republic, I met with small-scale coffee and cacao farmers, local academics, and scientists and officials from nongovernmental organizations working on rural development and biodiversity conservation who were happy to talk with me about recent trends in land use and conservation in the island nation. These conversations were a valuable opportunity to get feedback on my research questions and a reality check on my hypotheses about the connections linking environmental shocks (like hurricanes), land abandonment, and reforestation. Farm tours and conversations with producers from cacao and coffee growers’ cooperatives were especially rewarding, as they gave me the opportunity to learn directly from people with deep knowledge of agroforestry in the region.

My conversation with Jorge, Juan, María, and Pablo stands out in particular: their explanation of the role that their cooperative plays in their lives, with the social and economic connections and support that it provides, reinforced for me the role of institutions in mediating the impacts of shocks — be they environmental, like hurricanes and pest outbreaks, or economic, like a change in trade policies. While I had read academic articles about the role of local institutions in increasing resilience to shocks, I had underestimated this factor in my initial conceptualization of the processes at play linking environmental disturbances to land abandonment. The members of the cacao cooperative demonstrated to me the very real impact of the cooperative in their lives.

This insight will influence my research approach as I move forward with my data collection and model development. Much of my ongoing research involves using large geospatial datasets and remote sensing, far removed from the face-to-face conversations I enjoyed during the summer of 2018. My time in the Dominican Republic serves as a strong reminder that not all the important factors in a complex social-ecological system can be identified and measured through satellite images.

Katherine Siegel is a Ph.D. student in the Department of Environmental Science, Policy, and Management at UC Berkeley. She was the recipient of a research grant from the Tinker Foundation and CLAS in 2018. 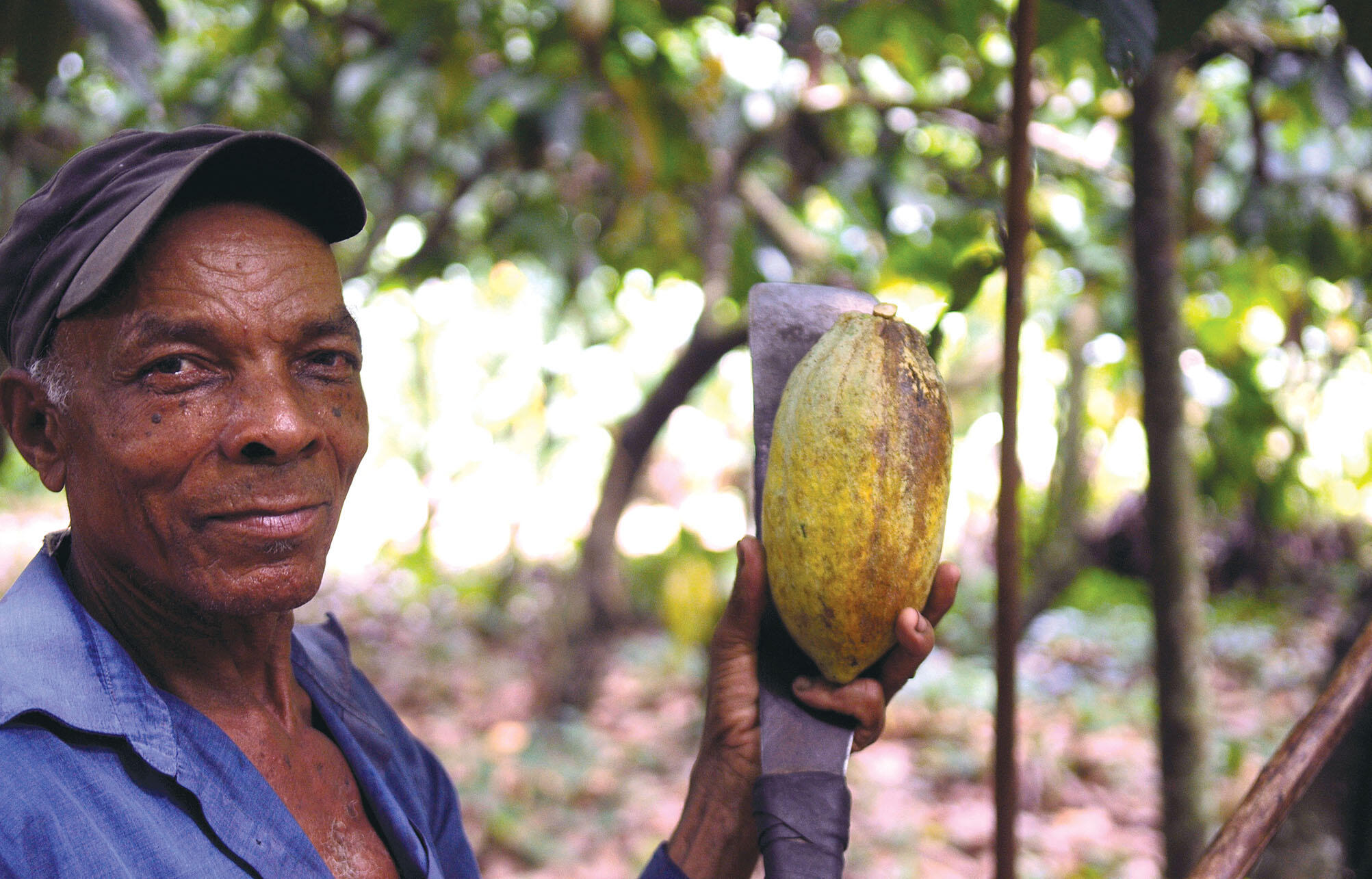