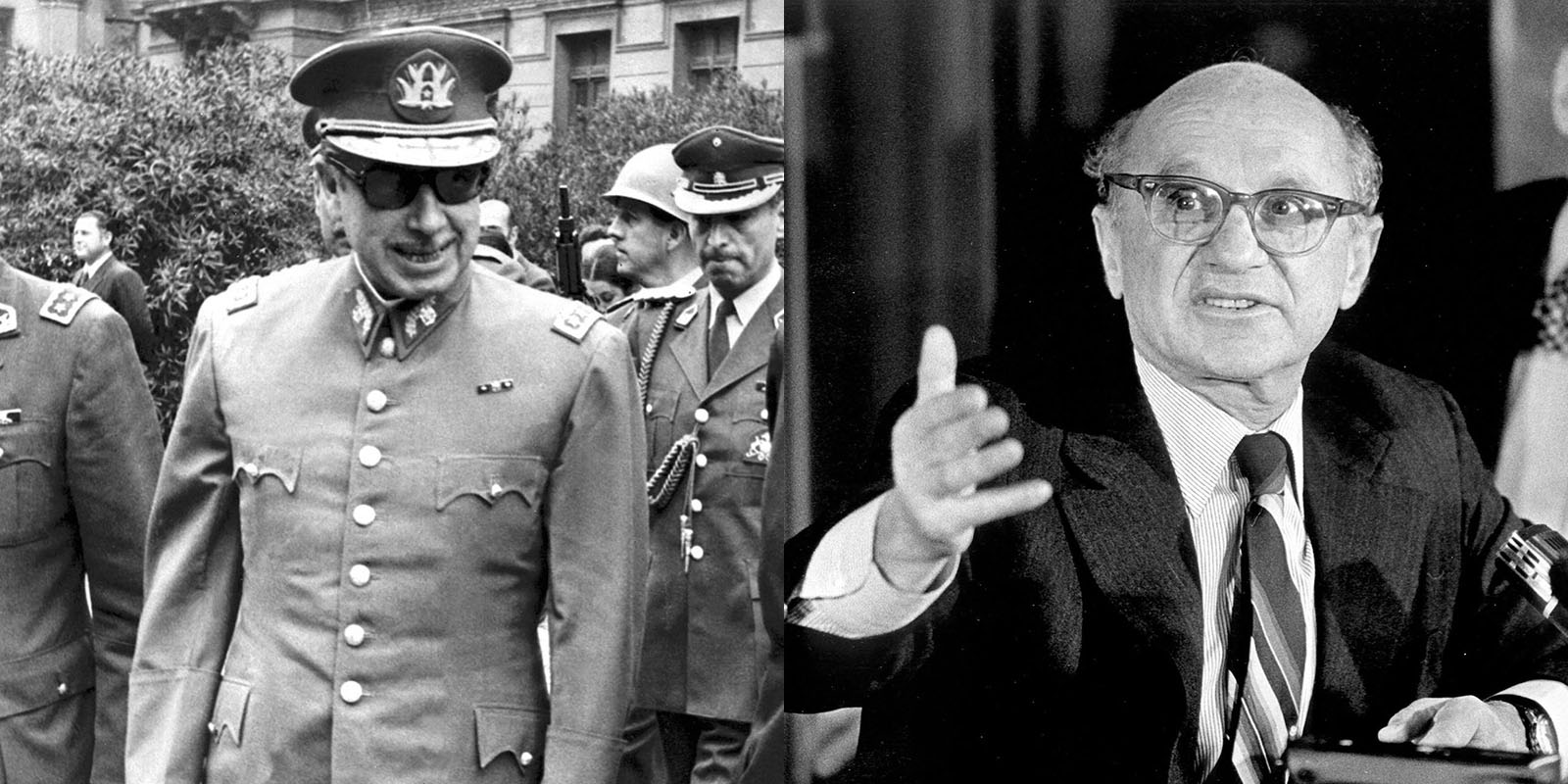 Robert Reich’s play, “Milton and Augusto,” opens with a terse exchange between American economist Milton Friedman and his Chilean-born assistant Carla.
Friedman anxiously peers at his watch and rifles through a report. He has flown all the way to Chile to discuss economics with Augusto Pinochet, but at the moment, the general is nowhere to be found.

“Where is he?” Friedman barks at Carla. “I thought generals ran on time.” She smiles meekly. “In Chile, no one expects anything to start on time.”

The play, performed to commemorate the 40th anniversary of the Chilean coup, dramatizes a historic meeting between Milton Friedman and the dictator Augusto Pinochet. Friedman, a University of Chicago economist and Nobel laureate, was a fundamental player in the formation of “the Chicago Boys,” a group of young Chilean economists who touted free-market ideals and tried to adapt them to Chile’s economy.

In 1975, less than two years after the U.S.-supported coup that overthrew the democratically elected president, Salvador Allende, Pinochet invited Friedman to Chile to discuss the free market and the application of his economic theories. Reich’s play envisions that meeting by merging the facts with humor and emotional tension.

The Berkeley reading of the play begins with harrowing footage from the morning of September 11, 1973. Military jets swirl above the presidential palace, pummeling it with missiles. Plumes of smoke billow into the air, and bombs echo overhead. At 2:15 p.m., President Allende perishes in the presidential building; at 9:00 p.m., Pinochet addresses the public. “The junta will maintain judicial power and the consultantship of the Public Accounts Control,” he said. “The Chambers will remain in recess until further order.”

Eighteen months later, Friedman convenes with Pinochet at his office in Santiago.

“I had no you idea you were so small,” Pinochet says to Friedman when he finally arrives at the meeting. Flustered and crunched for time, Friedman advises Pinochet to implement the Chicago Boys’ economic ideas in a more timely fashion, urging him to privatize the Chilean economy as much as possible.
“The first thing you must do is put all your industry back into private hands,” he says. “Private property is essential to an economy. Otherwise, people have no incentive to invest… Remember, no one ever washed a rental car.”

But almost as soon as the two convene, they realize they have drastically different expectations for the meeting’s terms. Pinochet, presented as a buffoonish jokester who’s more interested in drinking than thinking, tries his best to steer the conversation away from the economy. He yawns theatrically, snores in mock boredom when Friedman discusses Chile’s place on the economic world stage, and — perhaps true to the character of a narcissistic ruler — tries to manipulate the meeting into a conversation about himself. His use of force with the Chilean people is justified, he tells Friedman, and what’s more, completely overblown by the American media.

“Your advice is valuable, professor,” he says, “but I need your help educating the world about what we have already accomplished... [the press] says I’ve been brutal; I’ve used torture; they accused me of atrocities. The real atrocities were on the other side. They brought on the war. We restored liberty.”
Pinochet continues, insinuating that the real thing he needs from Friedman isn’t economic advice but rather an endorsement of his regime.

Meanwhile, Reich uses the two other characters in the play — Pinochet’s aid Roberto, who was once a student of Friedman’s at the Chicago School of Economics, and Carla, Friedman’s current student — to drive another plotline, which explores the emotional impacts of Chile’s regime change.

Where Pinochet and Friedman embody government, power, and money, Carla and Roberto represent the Chilean people. Though their stilted dialogue and timid body language suggest that they used to have a personal relationship, they now have distinctly different opinions about the government’s legitimacy and its violent response to political opponents. Roberto, working as Pinochet’s aide, appears to support the coup and his boss’s political tactics. Carla, on the other hand, seems to be struggling internally with something. Though she was born in Chile, we find out that she hasn’t been back for many years, and she is clearly uncomfortable upon her return. Through her eyes, we see a country that’s barely recognizable, a shadow of the place she once knew. She cries when Roberto shows her the room where Salvador Allende committed suicide after Pinochet’s military forces surrounded the presidential palace in 1973, and she keeps her distance from Pinochet during their meeting.

Later, we learn the source of Carla’s discomfort: her father was tortured and murdered by Pinochet’s forces. When Carla asks what happened to her father, the general methodically outlines the events that transpired. “First, we had to break your father’s legs. First one, and then the other. And still he would not cooperate. So, we had to break his jaw,” says the general. “You are a monster!” Carla declares.

These and other details begin to exacerbate Friedman’s concerns about being associated with an over-the-top powermonger. Pinochet makes his case for political violence, while Friedman makes a strong argument for capitalism and the free market. Both men are pragmatic and firm in their beliefs, but neither have much interest in what the other is saying. Pinochet registers Friedman’s reluctance and tries to manipulate him regardless, pitting the economist’s theories against the real world of power politics. In the end, Friedman is forced to make an important decision about his endorsement of Pinochet, leaving the audience to wonder what really happened behind closed doors in 1975.

“Milton and Augusto” was directed by Joy Carlin and featured Julian López-Morillas as Augusto Pinochet, Anthony Nemirovsky as Milton Friedman, Carla Pantoja as Carla, and Armando McClain as Roberto. The playwright, Robert Reich, is Chancellor’s Professor of Public Policy at UC Berkeley. The play was performed for CLAS on September 16, 2013.

Erica Hellerstein is a student in the Graduate School of Journalism at UC Berkeley. 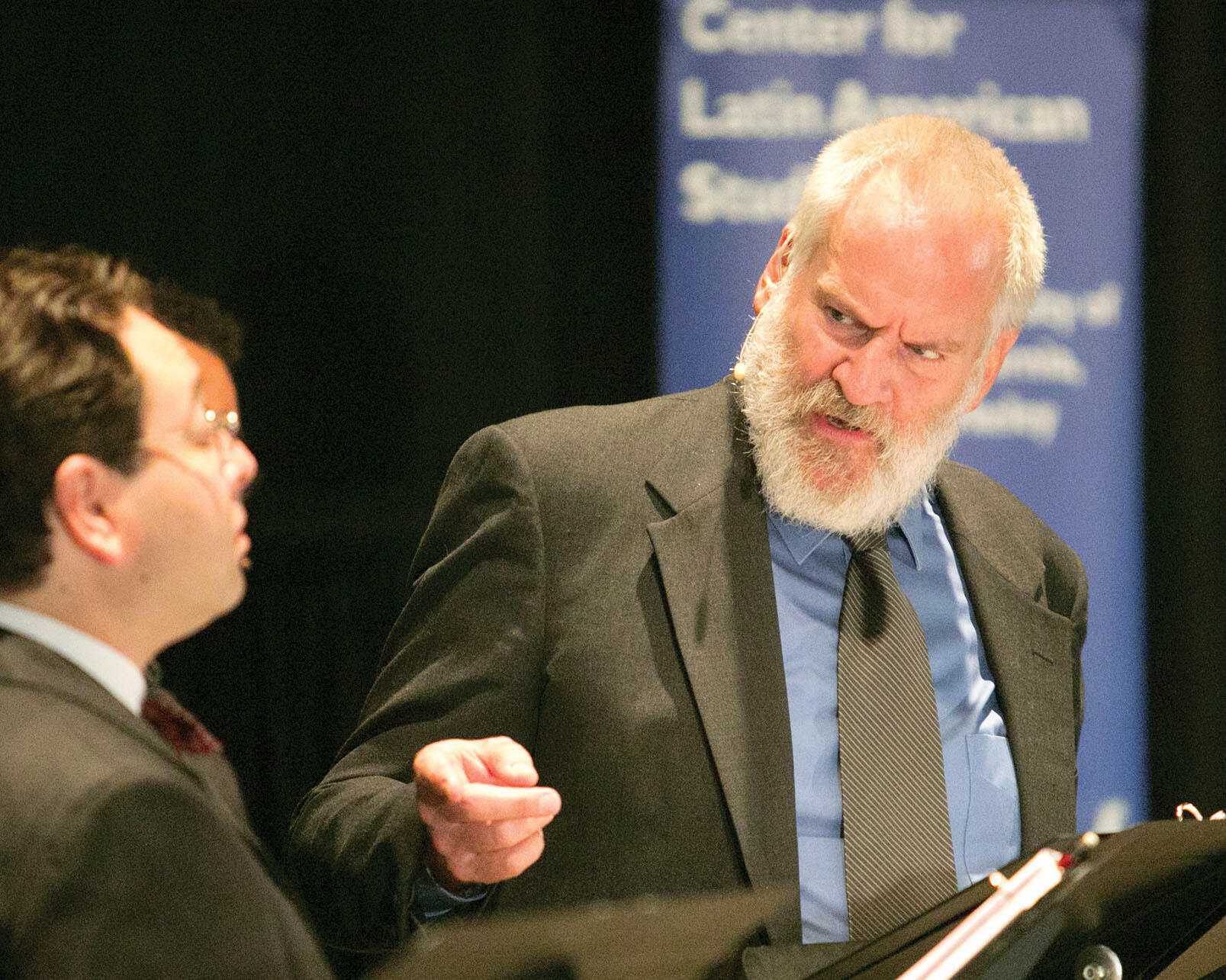